Champions League Final Delayed 36 Minutes After Chaos Outside The Stadium 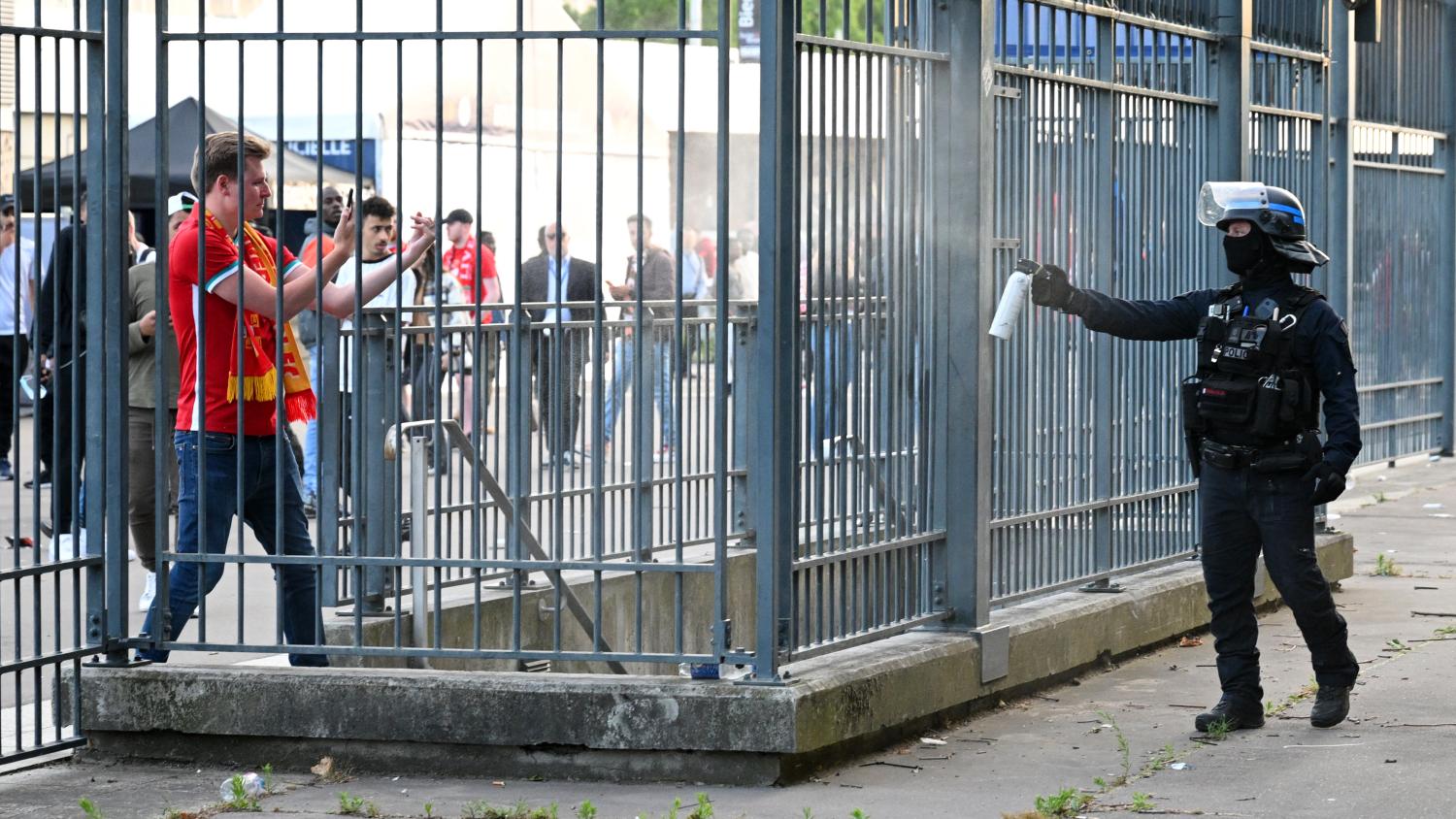 UEFA blamed the late arrival of fans, which has been entirely disproven on social media.
Getty Images

The 2022 Champions League Final — the most anticipated match of the year featuring Real Madrid and Liverpool, two of the world's most-followed clubs — was delayed 36 minutes after chaos outside the Stade de France in Paris resulted in the closure of gates and the slow filtering of supporters into the Liverpool end.

The original postponement was for 15 minutes, although an additional 15 was later added, as UEFA initially blamed the late arrival of Liverpool fans for the delay.

Social media quickly called out UEFA's bullshit with a myriad of on-location tweets from respected journalists and with video emerging of UEFA's preposterous organization for the showpiece event.

It really looks like they hired about 15 temps, paid them $25 and said "well that's more than enough."

Liverpool sent a massive contingent of around 60,000 to Paris and the supporters with tickets largely stayed packed together as they waited to filter through. However, given the chaos that naturally erupted as kick-off approached and things stood at a standstill, some ticketless individuals took advantage of UEFA's terrible setup by hopping the fences and sprinting into the ground.

UEFA blaming late arrival of fans. This is a fucking disgrace. Not true. Build up caused by dangerous organisation way beyond time fans are normally expected to enter a stadium. They suddenly gave up on a bad idea.

A uefa official outside the ground trying to placate people has just told me the public address notice that claimed the game was delayed because fans were arriving late was only put out because they did not want to cause distress inside the ground.

He has also said the problem is locals trying to get in rather than fans arriving late.

People are now jumping over gates to get in the stadium in Paris.

The tension outside the ground made its way in as everyone struggled to understand what was happening. In the face of all this, Camila Cabello then came out to sing a few songs. It was not an enviable position to be put in.

Anything more UEFA than playing Camila Cabello while fans are being pepper sprayed?

By the time the final actually kicked off, the Liverpool end had largely filled with supporters. There haven't been any reported injuries, but that's no thanks to the organizers.

Fans queuing outside with tickets for a gate that’s been shut for no reason just been tear gassed. Throughly unpleasant experience and so dangerous. This isn’t how fans should be treated in a civilised society. Unacceptable

I’m not sure it’s possible to have a more poorly organised event if you tried. Absolutely shambolic and dangerous. @UEFAcom