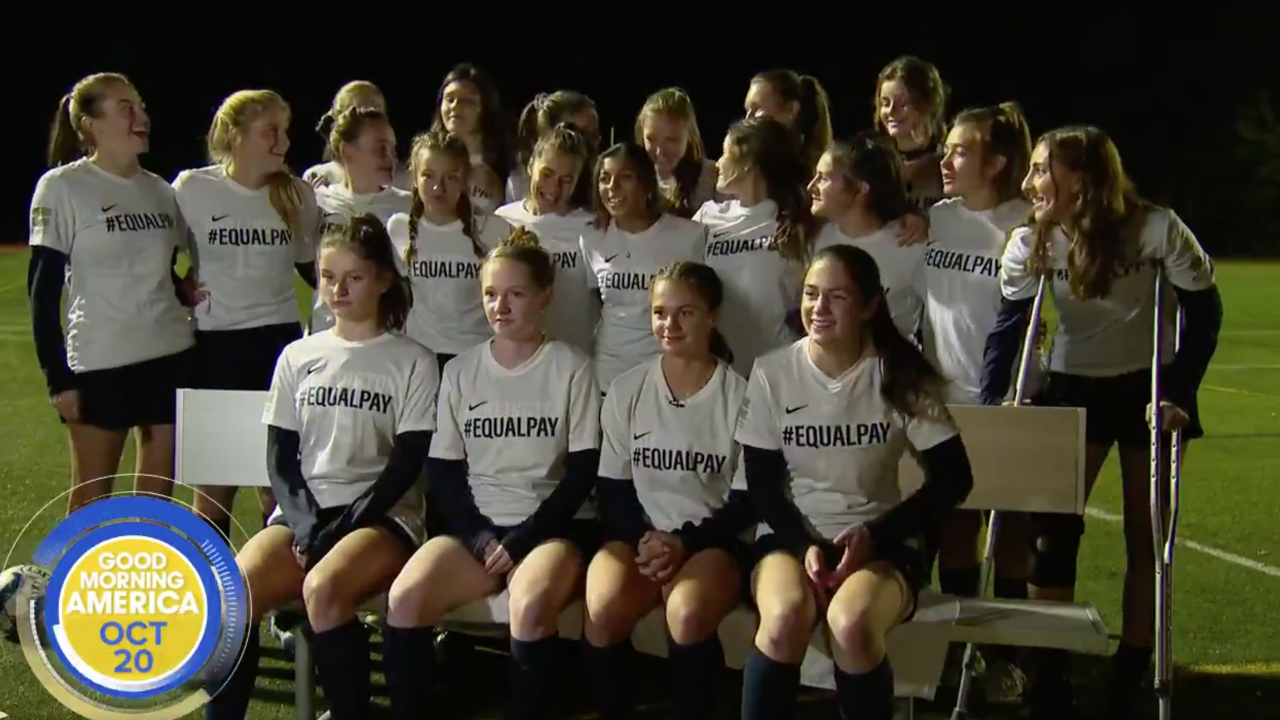 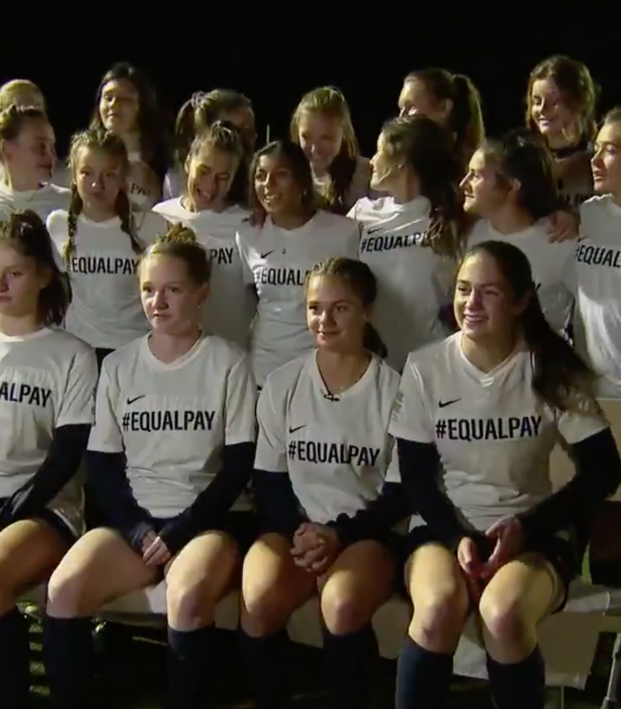 After the U.S. women’s national team won its fourth Women’s World Cup this summer they spent most of their celebratory parades and interviews discussing the gender pay gap. Women across the nation earn 79 cents for every $1 men earn and for the USWNT and female athletes everywhere, this is not acceptable. Not only did the USWNT start campaigning for its equal pay movement, but they have influenced other athletes both male and female, as well as younger generations to take a stand and help make a difference.

On Friday night, Vermont’s Burlington high school girl’s soccer players were penalized for removing their jersey tops to reveal their “Equal Pay” shirts. They were given yellow cards for their bold statement after scoring their first goal, since wearing uniforms with slogans on them in official games is against league rules. However, their statement is bigger than the game of soccer as they were given courage and strength from their role models that they follow at the professional level who are trying to change the game for younger generations. And now the younger generation is supporting the movements of the athletes they follow to use their platforms to get their voice heard on a more local level.

The Burlington girls however, originally planned on creating their own #EqualPay jerseys as part of a dress-up day at their school. After crafting the white dry-fit jerseys, the girls decided to use the project as a way to get the word out on the wage gap and follow in the footsteps of their heroes on the USWNT.

Not only did they use their voice as athletes to take a stand on an ongoing issue, they have also decided to sell their #EqualPay shirts, which have had more than 700 orders, including an additional $4.80 for male customers to represent closing the wage gap. Profits will go toward the Greater Burlington Girls Soccer League to increase access to youth sports.

Regardless of what people think, these girls made a powerful statement that immediately gained attention and have increased the support of equal pay across all sports by all genders. The Burlington boys soccer team and even the referee that gave them yellow cards bought equal pay shirts to show their support, not to mention acknowledgement from USWNT legend Brandi Chastain and several news show appearences.

Thank you @bhsgirlssoccer for standing up, celebrating and taking your jerseys off for #equalpay Proud of you! #rolemodels https://t.co/rgO3O6Ncfu

Athletes in all sports should be paid equally for doing the same job and that is the tea.

A Vermont high school girls soccer team received a penalty for unsportsmanshiplike conduct for ‘equal pay’ T-shirts after the girls removed their uniform tops to reveal them during a game. @KayleeHartung has the story. https://t.co/dLTaQpPsB3 pic.twitter.com/FptupmZUb3