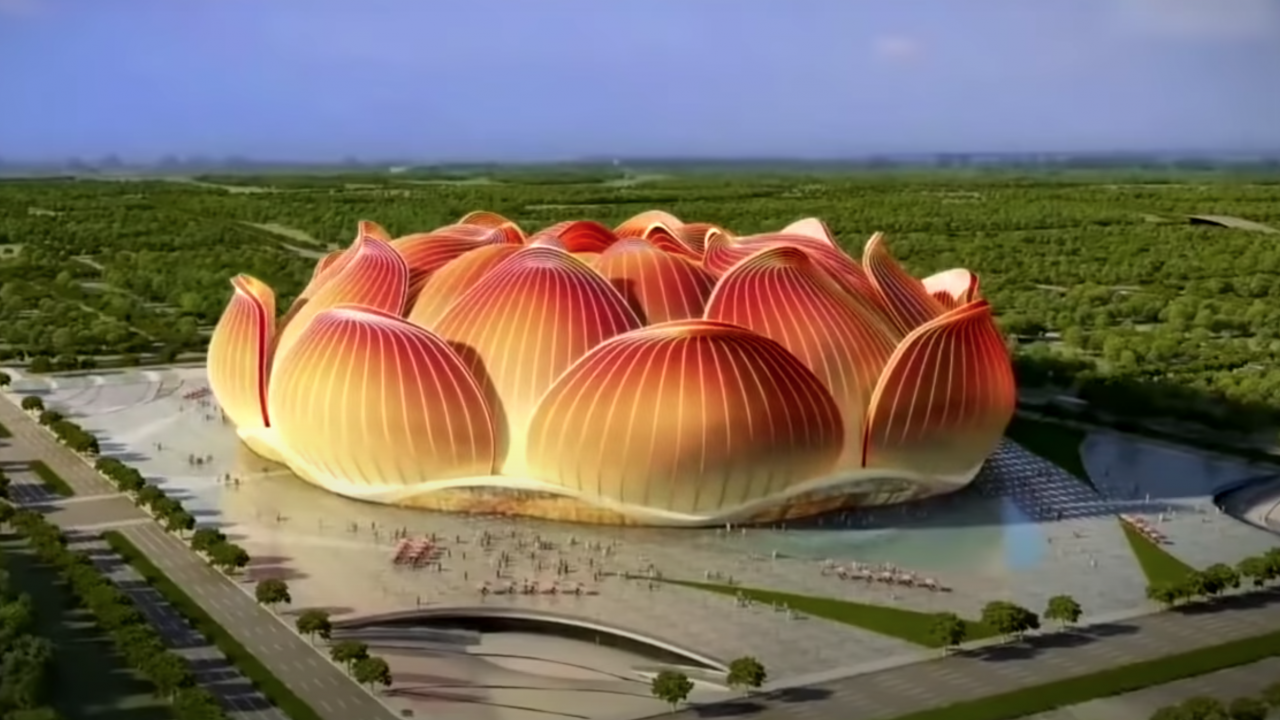 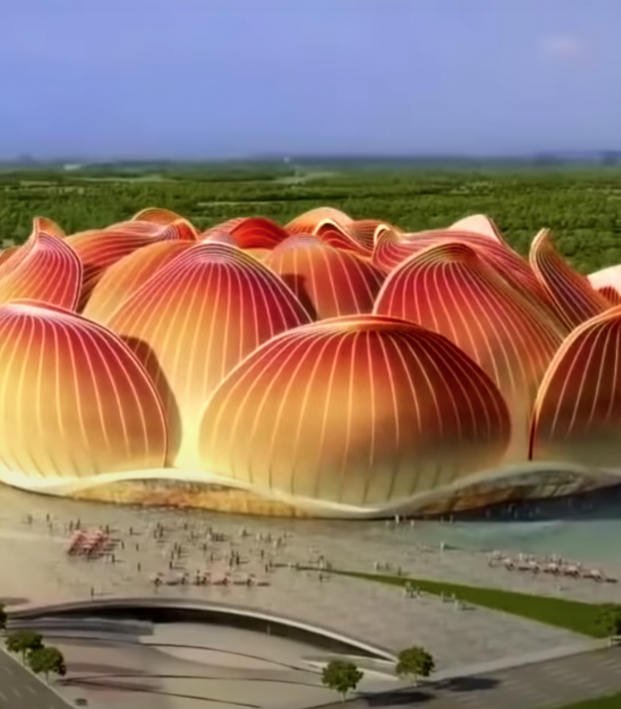 Construction Begins On Epic $1.7 Billion Stadium In China, Set To Be Football’s Largest

What is set to become the world’s biggest football stadium broke ground on Thursday, with Chinese Super League club Guangzhou Evergrande beginning construction on a venue that is expected to be completed in 2022.

The incredible-looking stadium will have 100,000 seats, which would pass Barcelona’s Camp Nou and equal Iran’s Azadi Stadium as the largest soccer-specific stadium.

The lotus flower shape was designed by Shanghai-based American Hasan Syed. It will be one of the most expensive constructions in sports, easily passing recent stadium builds in Atlanta (Mercedes-Benz Stadium, $1.5 billion) and London (Tottenham Hotspur Stadium, $1.3 billion).

“Evergrande Stadium will become a new world-class landmark comparable to the Sydney Opera House and Burj Khalifa in Dubai, and an important symbol of Chinese football to the world,” said Xia Haijun, president of Evergrande, a real estate conglomerate.

#CSL soccer club Guangzhou Evergrande’s home stadium on Thur started construction in Guangzhou. Shaped in lotus, the stadium is scheduled to finish construction within three years and will be able to hold over 100,000 audiences, surpassing that of #CampNou (Rendering pics) pic.twitter.com/rPeprnyx8w

The stadium will include 168 VIP boxes and 16 even more exclusive VVIP boxes, because money. This for a club that, while one of the biggest in Asia, drew an average crowd of less than 46,000 in 2019 at the 58,500-seat Tianhe Stadium.

There are larger stadiums throughout the world, but none built specifically for soccer. North Korea’s Rungrado May Day Stadium reportedly can seat 150,000 and is home to the country’s national soccer team, among other forms of propaganda. A few racetracks (motor and horse) boast more than 200,000 seats and many more pass the 100,000-seat marker. The famed Maracanã was once the biggest football stadium with as many as 199,854 in attendance for a 1950 World Cup match, but it has since had its capacity reduced to about 79,000 for the safety and comfort of fans.