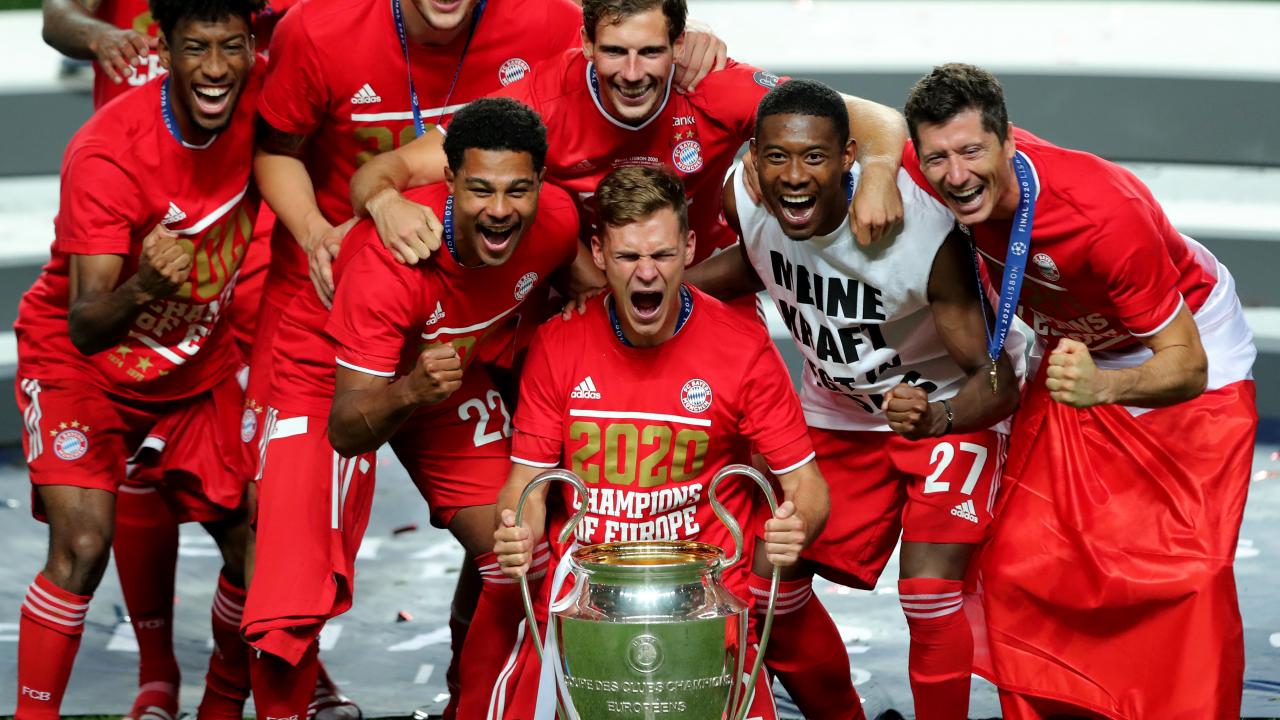 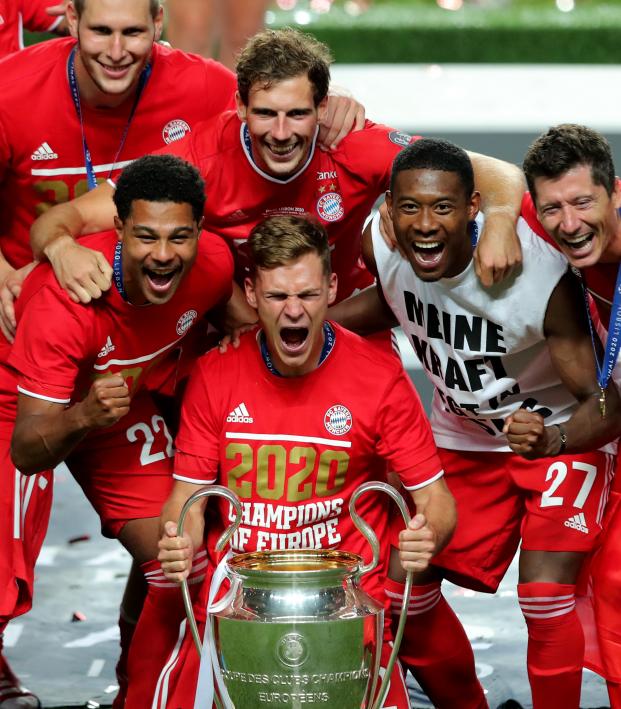 Sunday's 1-0 win over Paris Saint-Germain not only clinched a sixth European crown for Bayern, it also saw them become the first team to win all of their Champions League matches in a season.

Bayern Munich become the first club to win the Champions League with a 100% record pic.twitter.com/A3Z5XnIceq

Yet it was supposed to have been a transitional season for Bayern following the departures of veteran wingers Arjen Robben and Franck Ribéry and defenders Mats Hummels and Rafinha in 2019. It certainly looked that way when they dropped as low as sixth early on in the Bundesliga campaign under coach Niko Kovač.

A leaky defense and almost total reliance on Robert Lewandowski up front made them too predictable, and a 5-1 demolition by Eintracht Frankfurt proved the last straw with Kovač being replaced by Hansi Flick in November.

"We kept marching on this season, we were there for each other, ready to correct each other's mistakes," said attacking midfielder Thomas Müller, benched by Kovač but sensational under Flick. "We have amazing quality but it does not work if you are not ready to suffer. Our mental strength is brutal."

Just nine months after taking the helm, Flick became only the second German coach to win the treble, doing it in his first season as head coach of a Bundesliga club.

"They are on their way to becoming the greatest club in the world," he added. "They just have these amazing qualities, these players and they have already reinforced their team. They ooze this quality."

Indicative of Bayern's evolution was that winger Kingsley Coman, Ribéry's successor on the left, scored the winning goal against PSG.

The Parisian, Kingsley Coman heads in the goal against his youth club pic.twitter.com/1Kejqy68GM

Bayern have now won all but two of the last 11 Bundesliga titles and the last eight in a row to make it a one-horse race in Germany.

And after crushing Tottenham 7-2 and Red Star Belgrade 6-0 in the group stage, beating Chelsea 7-1 on aggregate in the last 16 and humiliating Barcelona 8-2 in the quarter-finals, it would seem unwise to bet against Bayern exerting a period of dominance in the European arena.

"This is not the start of a new era," said retired former Bayern captain Mark van Bommel. "This process has been going on since 2010 and new players keep coming in as the older leave but the success remains."