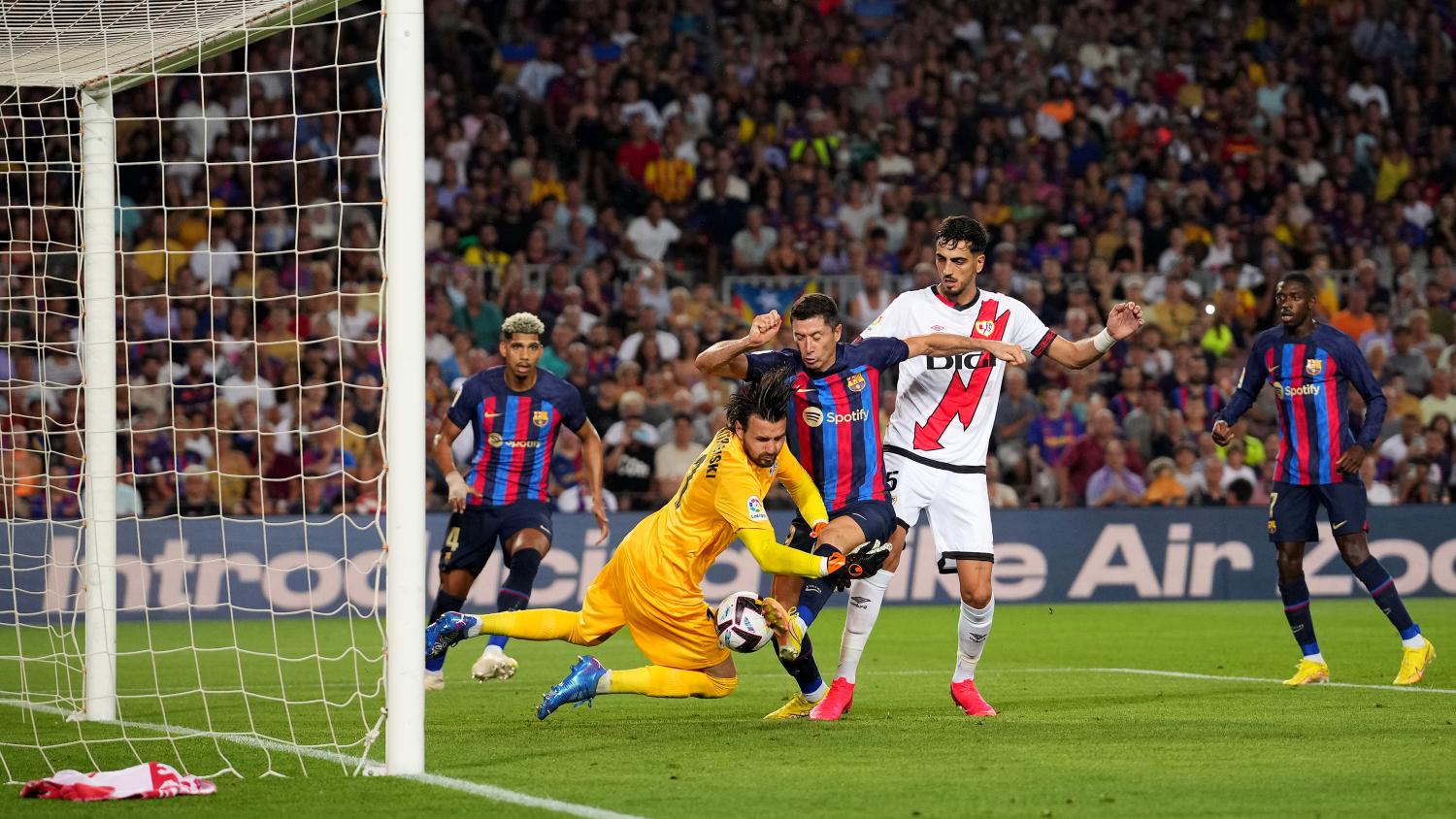 After all the Barcelona transfer and registration drama this summer it culminated in a 0-0 draw with Rayo Vallecano at the Spotify Camp Nou on Saturday. Barcelona went all out this summer signing stars like Robert Lewandowski, Raphinha and more just to be shutout at home.

Barça manager Xavi must’ve had a nightmare of a week preparing for Saturday’s home opener. He didn’t even know if Lewandowski, Raphinha, Andreas Christensen, Franck Kessié, Sergi Roberto or Ousmane Dembélé would be available for the game until Friday night.

Barcelona are registering their new signings for LaLiga pic.twitter.com/FxUmCGw4gT

People in Barcelona celebrated Friday night to the news that the players were registered, however when the game ended the sound of whistles filled the stadium.

Despite having new signings Lewandowski, Christensen and Raphinha in the starting XI Barcelona couldn’t come away with the three points.

You know it wasn’t a good game for Barcelona when one of the only highlights ESPN FC posts is Lewandowski taking a selfie with a pitch invader after the game.

Robert Lewandowski took a picture with this young fan after Barcelona's 0-0 draw with Rayo Vallecano pic.twitter.com/MrX8HeDFYj

Saturday’s game was a big one as it was broadcasted on ABC. Talk about a bad time for a game to finish 0-0. There’s nothing that will capture the attention of a non-soccer fan scrolling through channels like 90 minutes of no goals.

Rayo Vallecano had two big opportunities, one in the first half and one in the second, to steal the game but couldn’t capitalize.

In the first half Alvaro Garcia slipped through the Barcelona defense and was denied from close range by Marc-André ter Stegen. In the second ter Stegen and Christensen worked together to deny their opponent’s next best chance of the game.

Lewandowski won’t be too thrilled with his debut for his Catalan club. The Polish striker had several half chances, but the bigger thing was an apparent lack of chemistry. Lewandowski must be missing Thomas Müller by now.

American fans will be disappointed to know that USMNT defender Sergiño Dest was left out of the squad. Dest could be looking for a transfer before the end of the month as he doesn’t seem to fit into Xavi’s plans.