Xavi Must Be Scratching His Head After Watching Barcelona Blow 3-0 Lead Vs. Celta Vigo 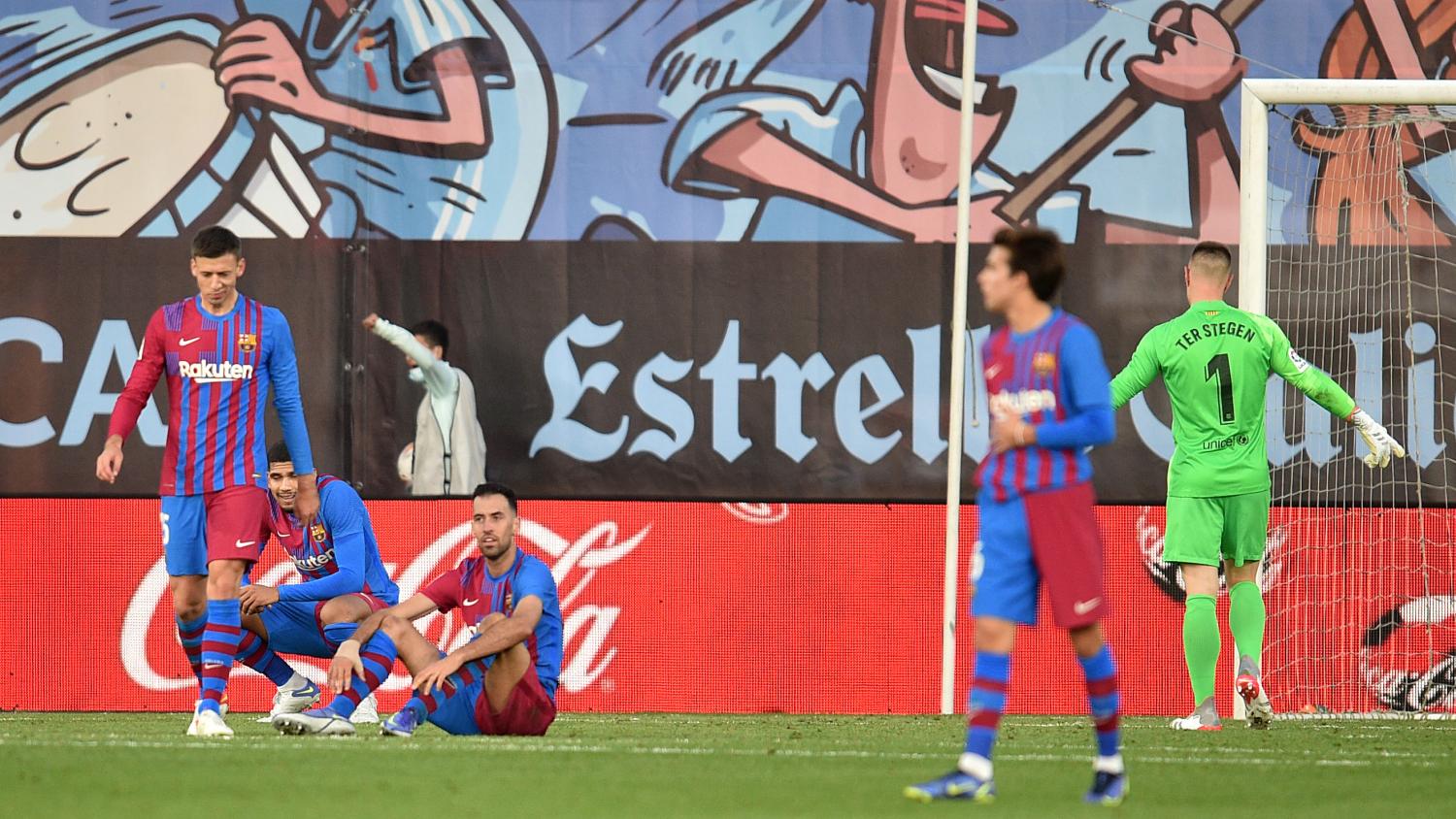 VIGO — Barcelona threw away a three-goal lead to draw 3-3 at Celta Vigo in LaLiga on Saturday in a chaotic game which underlined the scale of the task facing incoming coach Xavi Hernandez.

Celta captain Iago Aspas completed a remarkable second-half comeback from the hosts by scoring in the fifth minute of added time after he had pulled their first goal back in the 52nd and Nolito had struck in the 74th to set up a tense finish.

CELTA VIGO COME BACK FROM THREE DOWN AGAINST BARCELONA pic.twitter.com/pAwCYDHfDz

Teenage forward Ansu Fati had given Barca the lead in the fifth minute and captain Sergio Busquets extended their advantage with a low strike from outside the area in the 18th before Memphis Depay added a third in the 34th.

Ansu Fati, what a goal! pic.twitter.com/td7HO0ofoT

Busquets with a perfectly placed finish

But Barca lost Fati and defender Eric Garcia to injury while lively midfielder Nico was later forced off and they experienced a huge drop off in performance in the second half, Celta's stirring comeback deepening the Catalans' woes and extending their winless streak to four league games.

Ansu Fati was subbed off after suffering an apparent leg injury. pic.twitter.com/YuCLJbLtMQ

Barca are ninth in the standings with 17 points after 12 games while Celta are 14th on 12.

Caretaker coach Sergi Barjuan was left disappointed with a second consecutive league draw in the final game of his short spell in charge before Xavi takes over on Monday and blamed the capitulation on the triple injury blow.

"When you have to make three changes due to injuries it messes up your tactical system. It's not an excuse but it definitely influenced our performance in the end," he said.

"In the second half we weren't able to move forward and the players didn't know where to position themselves. It's a real shame we couldn't celebrate what would have been a very important victory for me."

The Catalans began the day by finally confirming that midfield great Xavi would succeed the sacked Ronald Koeman as coach next week, announcing the appointment at 1:45AM local time.

Barjuan named an identical starting 11 to the team that had won 1-0 at Dynamo Kyiv in the Champions League thanks to a strike from Fati and the 19-year-old got his side off to an ideal start by curling into the far corner.

Barca grew in confidence and began to play the type of flowing football they were renowned for in the days when Xavi ruled their midfield.

Their third goal was the pick of the bunch, a sweeping move which began with a goal kick and ended with Dutch forward Depay glancing a Jordi Alba cross into the net.

But they were overwhelmed in the second period by Celta, who had a goal ruled out soon after the restart before Aspas pulled them back into contention by pouncing when Barca keeper Marc-Andre ter Stegen spilled a cross into his path.

Nolito then had a goal disallowed for a handball but quickly made amends by scoring with a diving header, helped by some passive defending from Barca.

The Catalans looked like they were begging for the final whistle for the remaining minutes as Celta continued to pour forward and after they had missed several chances to score Aspas landed the equaliser with a sumptuous first-time finish from the edge of the area.

"We have to remember the first half in which we played with a lot of bravery and try to conclude what happened in the second, learn from it and find solutions," added Barjuan.