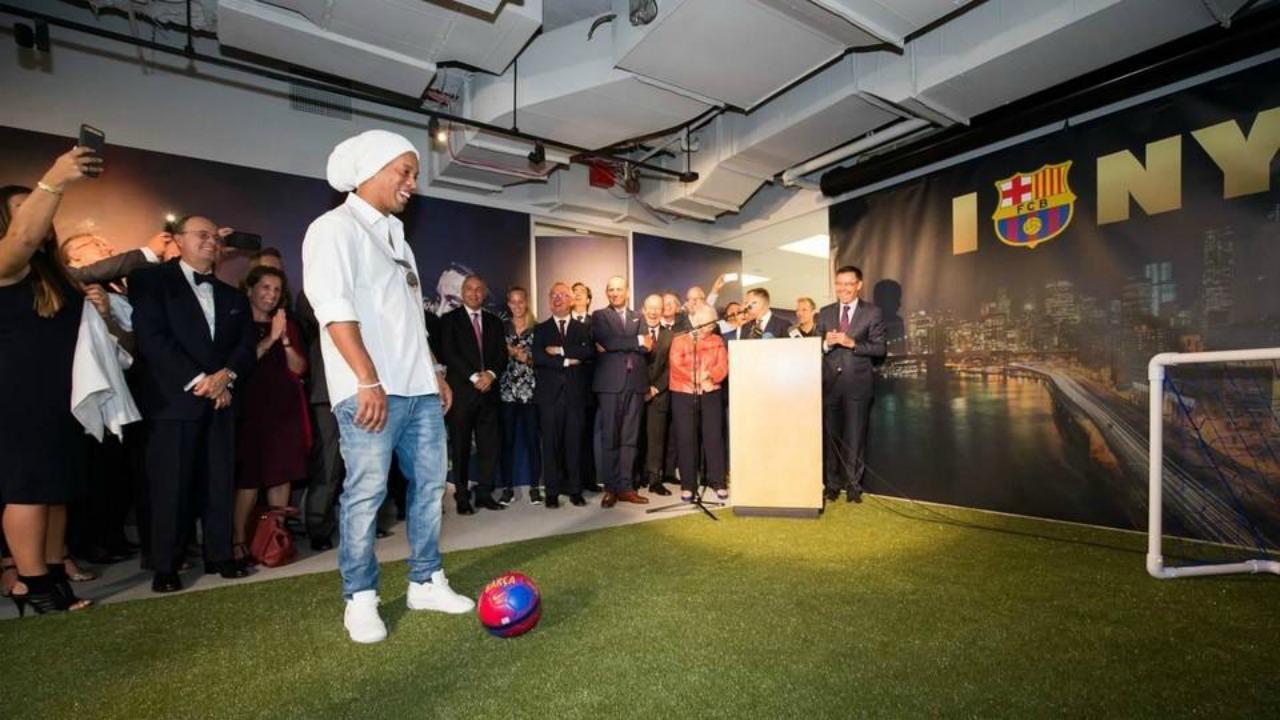 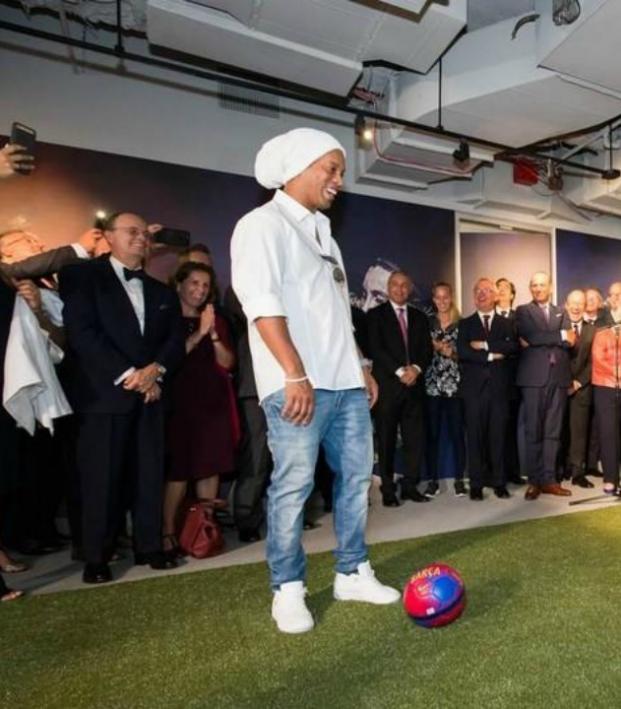 Connor Fleming September 7, 2016
Barcelona opened up an office in New York on Tuesday, Ronaldinho himself leading the festivities. A forthcoming NWSL franchise is now on the docket for Barca.

They came, they saw, they conquered. That’s the American plan for FC Barcelona and club president Josep Maria Bartomeu following the opening of a Barca office in New York on Tuesday.

The Empire State Building projected the Blaugrana colors, Ronaldinho completed the ribbon-cutting ceremony with a signature no-look pass into a mini-goal and the Barcelona flag was hoisted outside Barca’s new headquarters in Midtown Manhattan.

The Waldorf Astoria has a different look today. Do you know what it is? https://t.co/M8rWkjxFUz | #FCBlovesNY pic.twitter.com/9hBeum0WL7

The club boasting the talents of Lionel Messi, Neymar and Luis Suarez arrived in the United States looking to build on their network of FCB Escola soccer schools (they’ve already opened one in Florida with another on the way in Charlotte), find additional sponsors and grow the club’s image and name around the country.

Key to the growth of the club’s image, according to president Bartomeu, “is to create a team that can take part in the National Women’s Soccer League that will help us to promote the club.”

The NWSL is currently in the midst of its fourth season. The league is currently contested by 10 teams, the Orlando Pride becoming the 10th franchise on October 20, 2015. While plans for league expansion where greatly discussed following the success of the 2015 Women’s World Cup, it’s uncertain as to when Barca’s NWSL team could become a reality.

In addition to the Barcelona network of soccer schools and their plans for a NWSL team, Barca also are looking to grow in local futsal leagues.

The tiki-taka invasion has begun.