Barack Obama Hosted The USWNT At The White House

Sam Klomhaus October 28, 2015
The World Cup-winning U.S. Women's National Team visited the President, and he had some kind words for them and soccer.

Obama had some very kind words to say about the USWNT, including this perfect line about the USWNT and changing peoples' minds about womens sports and soccer.

"This team taught all of America's children that playing like a girl means being a badass" - President @BarackObama. pic.twitter.com/O3eYhNGTGq

And it's true. This team taught the U.S. that women's sports can be as entertaining — or more — as damn near any other event you can think of. That's an important lesson for our country to learn, and it's nice to hear the most powerful man on the planet say it. Hopefully they're on their way to paying the players a living wage.

The most powerful man and the most powerful women's soccer team. Hopefully they don't join forces. Who knows what they could be capable of? The world might never be the same.

And, of course, they took a selfie. Great shot of Abby Wambach's forehead in the foreground. It's hard to fit a whole team of badasses into one selfie, but they (almost) did it. 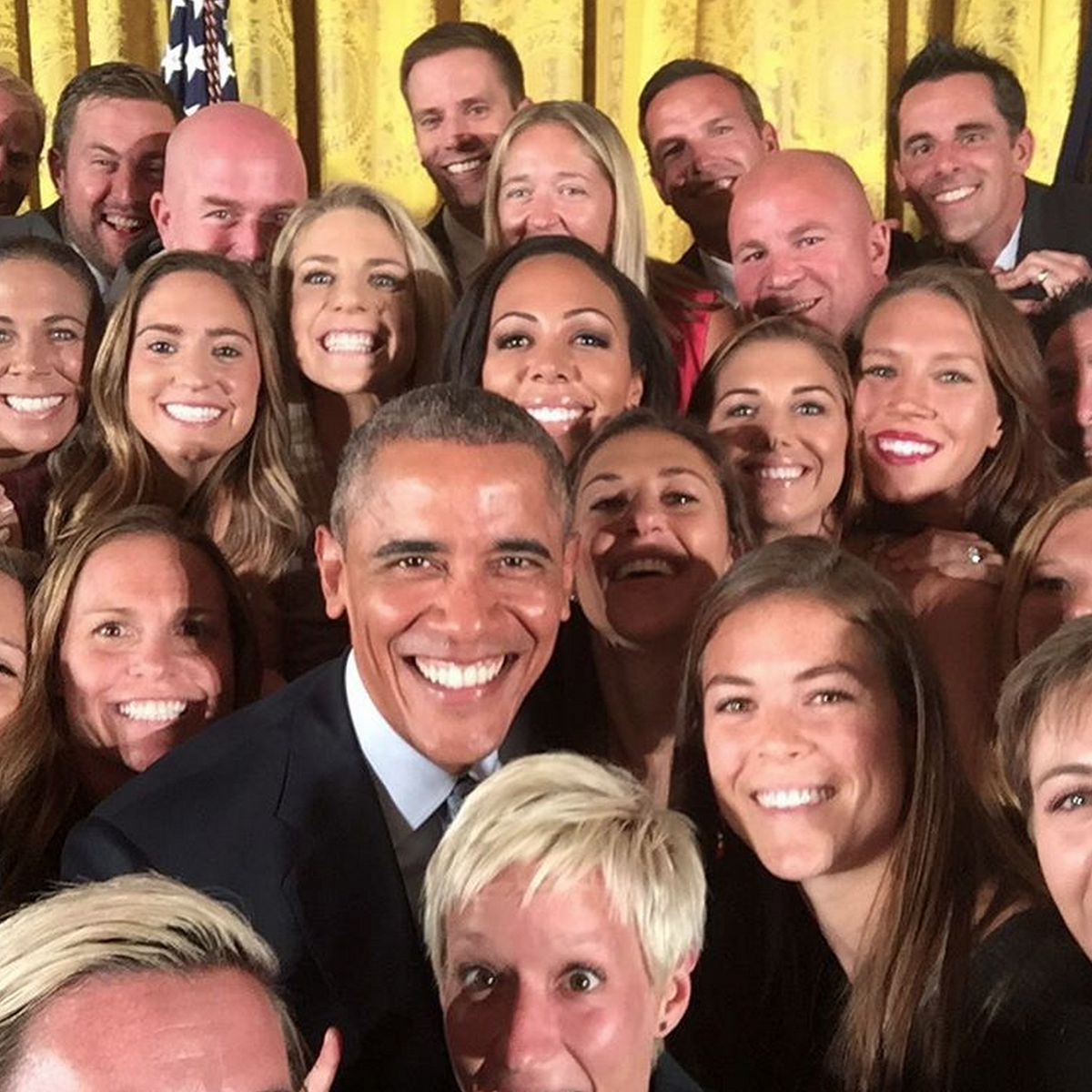