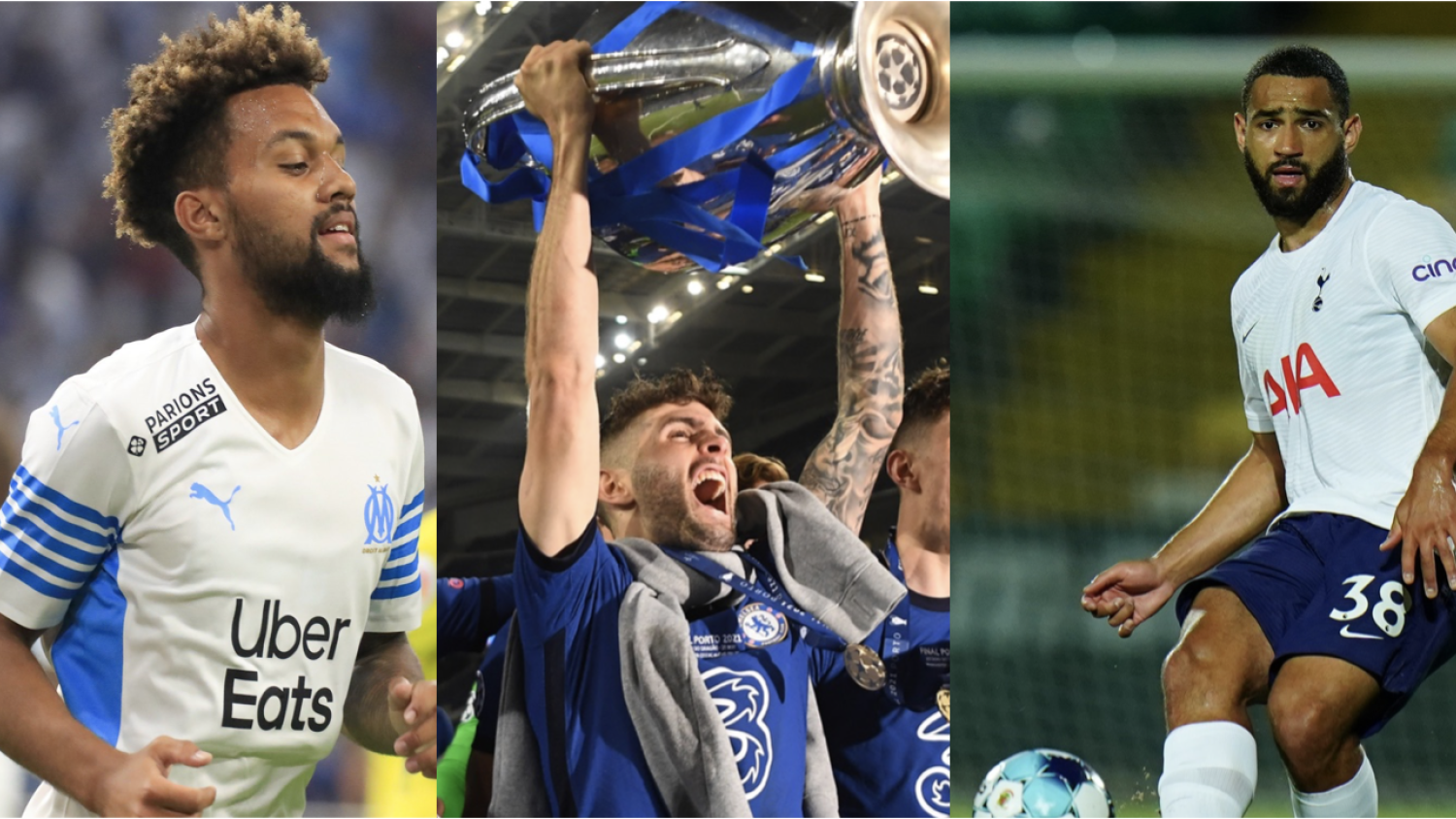 For the first time in history, Americans will play in all three of UEFA’s European tournaments. This season is also the first time there have been three tournaments, but minor details. There are tons of Americans playing in Europe, but only 22 have made it to the group stages across the three competitions.

Here are the numbers for Americans playing in European tournaments.

First, let’s look at the 11 in the Champions League.

Americans Playing In The Champions League

With the way the group stage was drawn, USMNT fans will get to see plenty of American vs. American action.

Which Champions League group are you most excited for?#UCLdraw | #UCL pic.twitter.com/gpOCzlRtOd

Group A and G both have three Americans on three different teams. The almighty Group A will see Steffen vs. Adams vs. Otasowie with Manchester City, RB Leipzig and Club Brugge all drawn in the same group.

Group G is there for the taking and will see Brooks vs. Aaronson vs. Weah in a tightly contested group.

Group H features Pulisic’s Chelsea against McKennie’s Juventus. Both teams would need disaster to strike to not advance from the group.

Dest should finish as either one or two in Group E as fans will be eager to see a Bayern vs. Barcelona rematch.

Pefok has been electric for Young Boys and has an outside shot of helping his Swiss club get past the likes of Villarreal, Manchester United and Atalanta.

Reyna and Dortmund were dealt one of the easier groups and should have no issues against Besiktas, Ajax and Sporting.

Now onto the Europa League.

Americans Playing In The Europa League

A handful of familiar names are on this list along with some the average USMNT fan may not have heard of before.

Konrad and Yedlin are set to do battle in Group E, which is arguably the group of death. The two Americans will have their hands full trying to advance from a group with the likes of Galatasaray, Lazio, Marseille and Lokomotiv Moscow.

Vines and Chandler will meet in Group D. Vines recently transferred to Antwerp from the Colorado Rapids and got his first league start on Sunday. The 22-year-old will go against 31-year-old Chandler when Antwerp and Frankfurt meet.

The final meeting between Americans in the Europa League group stage will be Carter-Vickers and Wingo when Celtic and Ferencváros play in Group G.

Carter-Vickers was originally going to play with Tottenham in the Conference League, however a last-minute loan to Celtic saw him bumped up to the Europa League.

Cameron Carter-Vickers has joined Celtic on loan for the rest of the 2021/22 season.

Here is how the rest of the groups in the Europa League look.

Now for the finale, the mighty Europa Conference League.

The Europa Conference League is the newest addition to UEFA club competitions and is the third-tier tournament behind the Champions and Europa League.

This tournament will likely be a blessing for Reynolds. Big clubs like Roma won’t be putting out their A-teams to play on Thursday nights against obscure Eastern European clubs.

Roma won’t be fielding players like Tammy Abraham and Henrikh Mkhitaryan on a rainy weekday night in Bulgaria.

The Italian club has a new look under Jose Mourinho and it’s clear that the Portuguese manager hasn’t put much faith in young Reynolds. The 20-year-old has only seen a single minute of play so far this season during a Conference League qualifier against Trabzonspor. Perhaps the Conference League group stage will be Reynolds' time to shine.

Cohen is the starting goalkeeper for Israeli club Maccabi Haifa. The 29-year-old made the move to Israel in 2019 after spending much of his career in the USL.