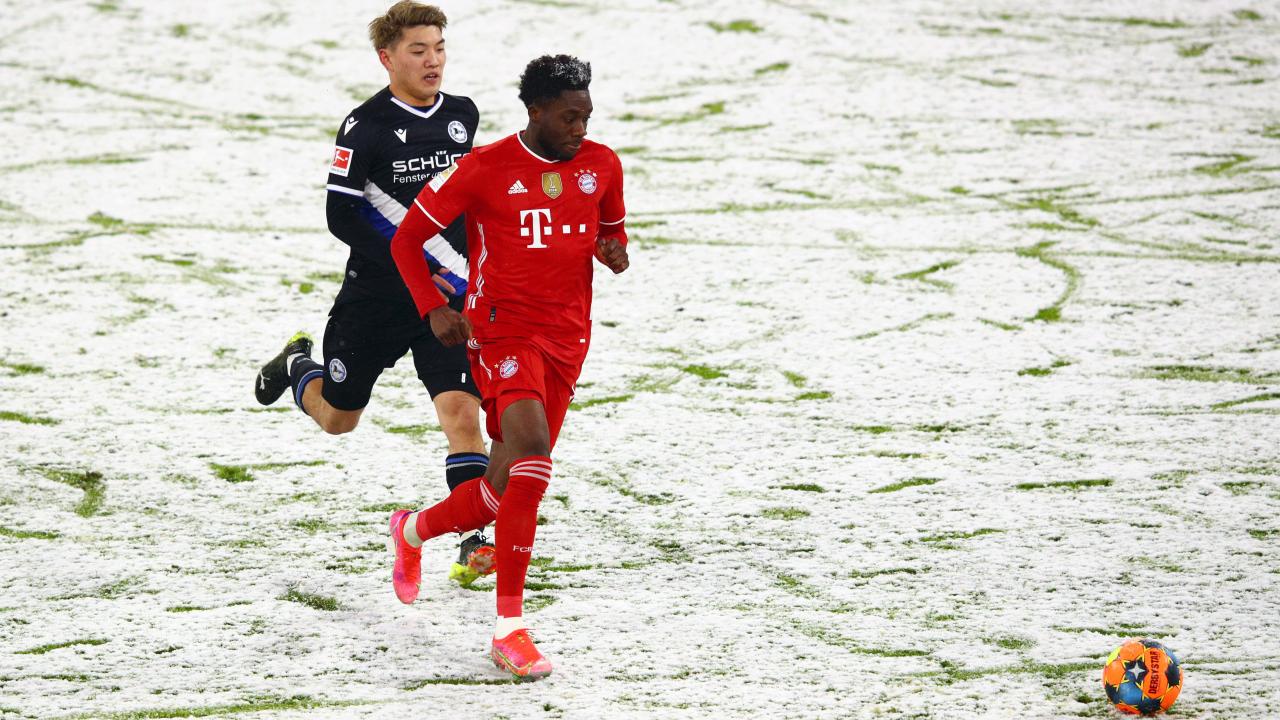 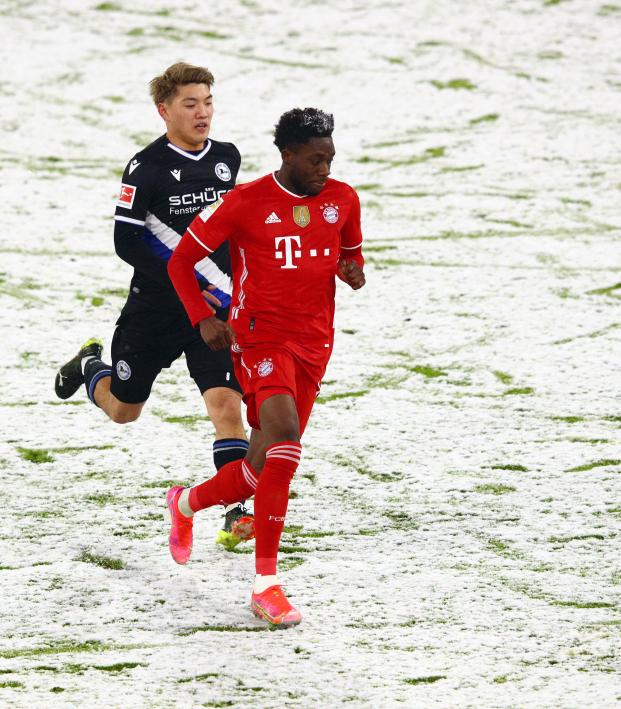 Reuters February 15, 2021
Bayern staged a two-goal comeback to escape with a point against Arminia Bielefeld.

MUNICH, Germany - Hosts Bayern Munich had to battle back from two goals down to rescue a 3-3 draw against strugglers Arminia Bielefeld on Monday and had their lead at the top of the Bundesliga cut to five points.

Four days after lifting the Club World Cup for a sixth title in less than nine months, Bayern crashed back to Bundesliga reality with Bielefeld racing to a 2-0 lead in the first half.

Coach Hansi Flick was missing more than half a dozen of his players, including in-form Thomas Müller, Javi Martínez and Leon Goretzka due to COVID-19 and Douglas Costa, out for some time with a hairline fracture in his foot.

"We did not defend well in the first half. The pitch was not ideal for our game," Flick said. "But in the second half the team showed its mental strength. That was outstanding. We have to say that today we can be satisfied with the 3-3."

Take a moment to appreciate this electrifying speed by Alphonso Davies pic.twitter.com/t4ijo4xFTl

The visitors stunned them with a goal in the ninth minute when Dutchman Michel Vlap latched onto a pass, pivoted and beat keeper Manuel Neuer with a well-placed shot on his Bielefeld debut after his loan switch from Anderlecht. Bielefeld doubled their advantage in the 37th with unmarked Amos Pieper's powerful header from a corner and Bayern struggling in heavy snowfall.

The game had to be interrupted several times for the lines to be cleared of snow before conditions improved after the break.

Bayern, who had won eight of their nine previous league games, shot out of the blocks after the restart and Leroy Sané hit the post before Robert Lewandowski, with his back to the goal, turned quickly and volleyed in his 25th goal of the campaign in the 48th minute.

With former Bayern president Uli Hoeneß still celebrating in the stands, Bielefeld restored their two-goal lead the very next minute. Winger Christian Gebauer tapped in a cutback with Bayern's defense caught out in the quick break and become the third Bielefeld player on Monday to score their maiden league goal.

Corentin Tolisso's header again cut the deficit and Alphonso Davies thundered in a shot in the 69th minute to draw them level.

His first goal of the season is a BIG one pic.twitter.com/Am4kweH8LJ