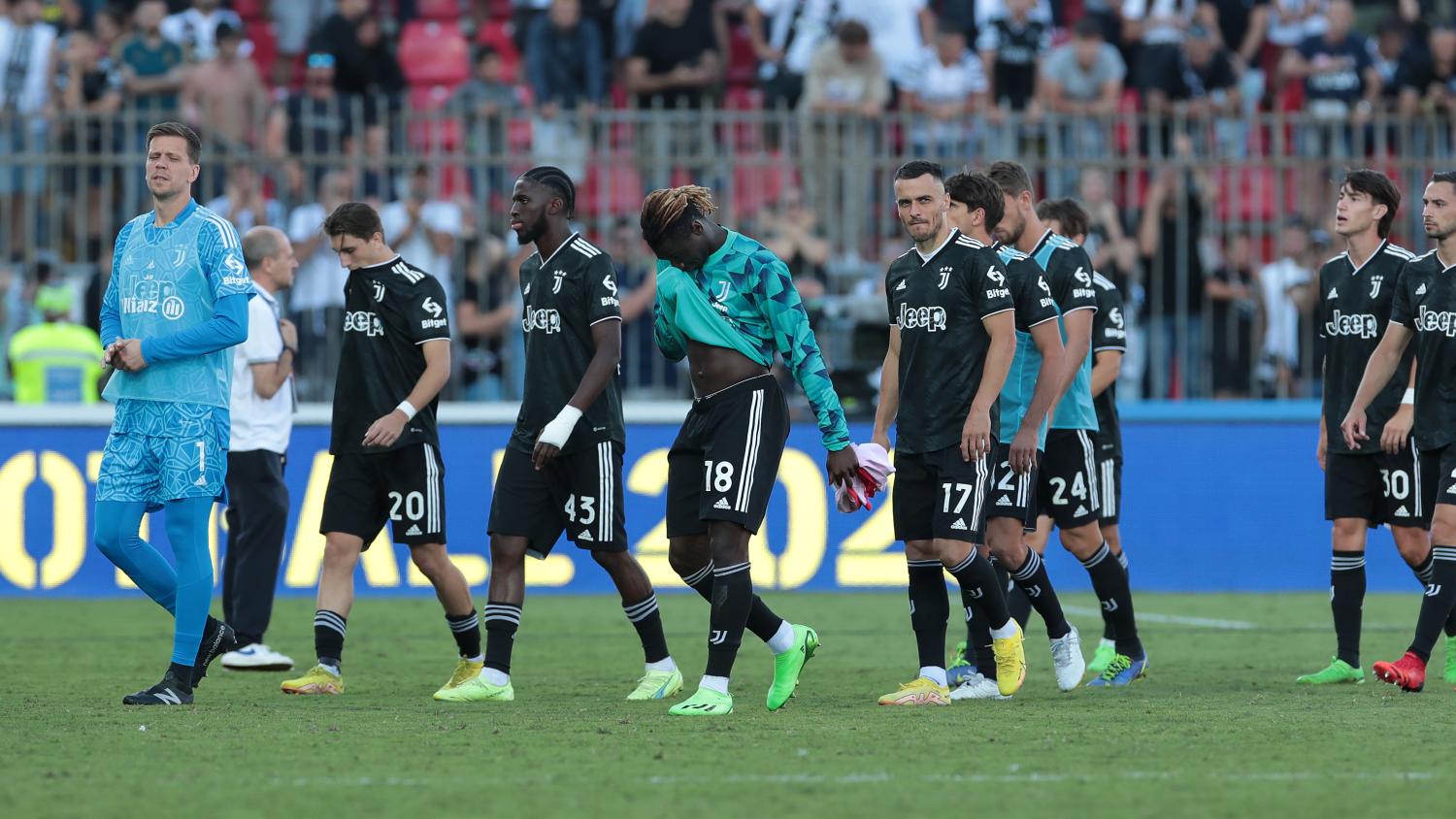 Juventus’ already dreadful September has somehow managed to get even worse. A miserable run of form saw the club winless with two draws and two losses and thousands of fans calling for “Allegri Out” on social media going into Sunday’s match against newly promoted AC Monza. What followed was a performance that would earn almost any top club’s manager the sack, as Monza handily beat Juventus 1-0 and thoroughly deserved to do so.

Draw with Fiorentina
❌ Lose to PSG
Draw with Salernitana (and have a late goal incorrectly ruled out!)
❌ Lose to Benfica
❌ Lose to bottom of the table Monza

September has not been kind on Juventus pic.twitter.com/F5Sb61GCWF

Monza earned its first Serie A win in club history against possibly the biggest name in the country to boot. The hero on the day proved to be Christian Gytkjær, who found space behind Juventus defender Federico Gatti and tucked home a cross from close range with 16 minutes remaining. It was the Dane’s first Serie A goal as well, and what a time to get it.

A huge day for Monza as they record their FIRST ever Serie A win over giants Juventus. pic.twitter.com/twLSJOYbmP

Monza 1-0 Juventus: Losing 1-0 to the bottom of the league team is bad enough, but to lose in this manner...

Massimiliano Allegri should be worried. pic.twitter.com/p4Ox8VAEkC

Monza with 62% possession and 17 shots against Juventus. Nothing was different before Juventus went down a man either. Simply embarrassing

Monza thoroughly controlled the game with more possession, more shots, more shots on target and over 2.5 times more expected goals. This was no accident or fluke. Monza was the better side on the day, by a substantial margin.

Adding insult to injury, Ángel Di Maria’s red card for violent conduct just before halftime gave Monza a man advantage for the final hour of the match. Arkadiusz Milik, Juan Cuadrado and manager Massimiliano Allegri were all sent off late during last week’s match against Salernitana and were subsequently banned from this week’s match.

This accumulation of red cards is perhaps indicative of the club’s struggles at the moment. The self-inflicted wounds serve as little excuse for poor performances. Allegri has been quick to blame injuries for the poor performances, but anyone who has watched the games knows what the issue really is. The players are more than skilled enough to win games, but the system that Allegri insists on playing seems to be the obstacle holding the players back.

Juventus CEO Arrivabene: “It would be completely crazy to sack Allegri right now. Allegri has a project here at Juventus to be developed in the next four years”. ⚪️⚫️ #Juventus

“We have a long term project here, I’m involved too as a CEO”. pic.twitter.com/KZeSlAq7Te

Shockingly, the club has gone out of its way to assure the fans and Allegri himself that his job is safe and the club has faith in him to find a way through this tough spell. This is a surprising statement, to say the least, as Juventus has only won two games this season, with both vanquished opponents, Sassuolo and Spezia, sitting in the bottom half of the table at the time of writing.

So if this horrible run of form is not enough to at least ask some questions of Allegri, what is?

As a reminder, Juventus ended his last tenure with the club in 2019 after he won both the Serie A and Coppa Italia, but cited unsatisfactory performance in the Champions League as the reason he lost his job. His replacement Maurizio Sarri was then fired the next year after winning the league but with another poor performance in European competition. Andrea Pirlo followed suit and, to no surprise, was fired when the club’s run of nine successive Serie A titles came to an end.

Allegri then returned and secured a second successive top-four finish but with eight fewer points than the previous campaign and no trophy of any kind for the first time since the 2010-2011 season. However, this has been rewarded with trust and faith by the club and a second season that has somehow gone worse than anyone could have expected.

Allegri losing every game knowing he wont be sacked because Juventus cant afford to sack him rn pic.twitter.com/xXHOqNhyjY

allegri after not conceding goal in first 30 minutes against this Monza super team pic.twitter.com/jCyBsXI76I

Fans are understandably upset with #AllegriOut trending on social media and fans at matches calling for the manager’s sacking. Unfortunately, the reason for this faith seems to be financial. The club has been in some trouble monetarily with the pandemic, Cristiano Ronaldo and poor results all playing huge roles. Whether fans want him to continue or not, it looks like Allegri has found his way into the safest seat in Italy. Regardless of the results, it would be a massive surprise if Allegri was sent packing any time soon.