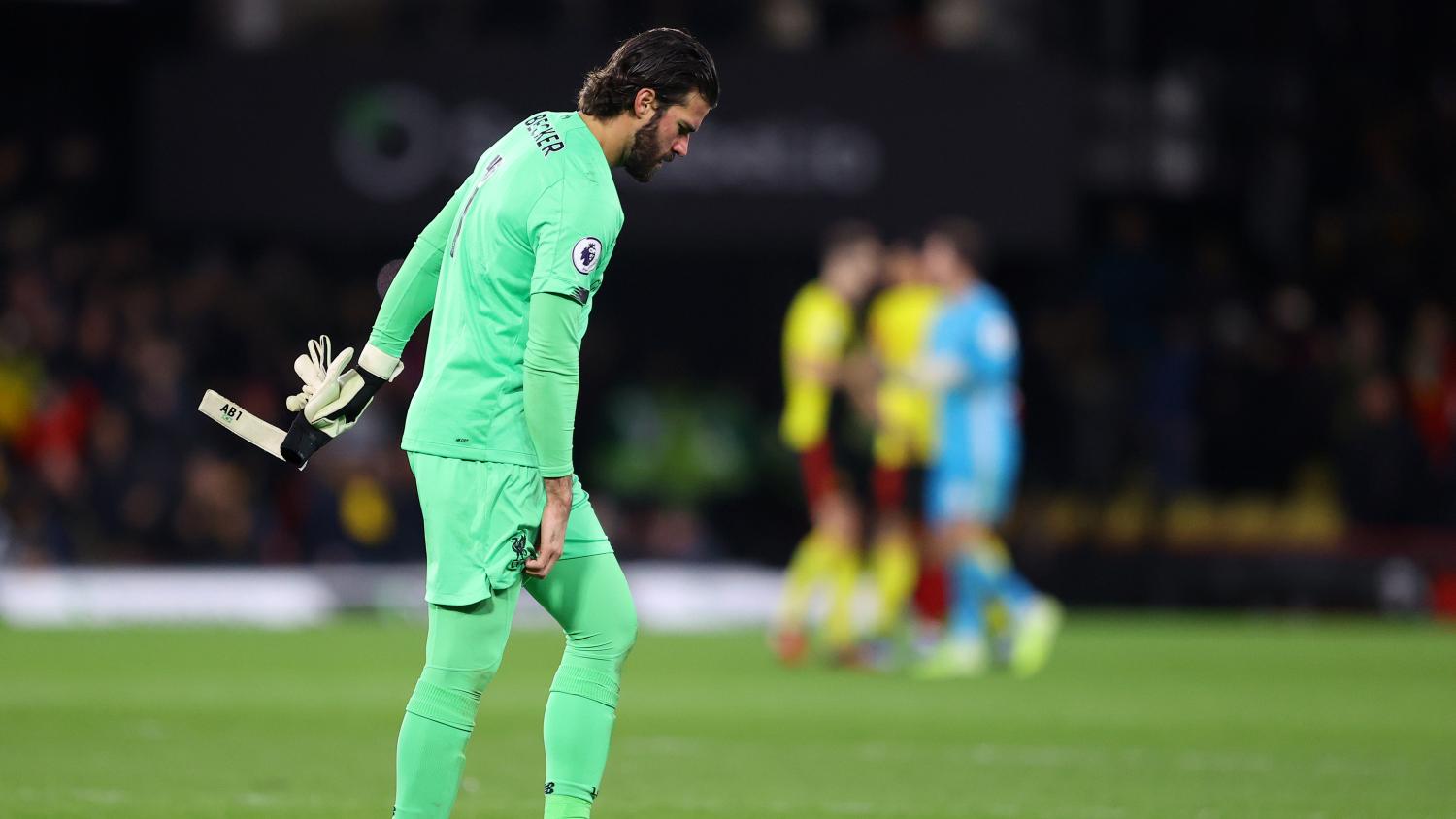 The Brazilian was left out of the squad when Liverpool lost 2-0 at Chelsea in the FA Cup with Spaniard Adrian playing in goal instead and Klopp revealed he had injured his hip in training prior to Tuesday's game.

The German coach confirmed that Alisson would sit out Saturday's encounter as well as the second leg of their Champions League last-16 tie at home against Atletico Madrid on Wednesday.

Brazil coach Tite also left the 27-year-old keeper out of his squad for their 2022 World Cup qualifiers on March 27 against Bolivia and four days later against Peru.

"In training before the Chelsea game he (Alisson) had a little incident," Klopp told reporters. "We thought it was nothing and he was not going to play anyway, he was going to be on the bench.

"He had a scan the next day and they found something. We will see next week. The injury is in the hip region, you could all do your work but for a professional goalkeeper it's a slightly different situation."

Liverpool have lost three of their last four games in all competitions, falling to a 1-0 first-leg defeat to Atletico, losing their unbeaten streak in the league in a 3-0 reverse at Watford before exiting the Cup to Chelsea.

That run of results has sparked concern over their form at a crucial stage of the season.

"Winning gives you confidence, losing takes it away, that's normal," Klopp said. "One defeat feels like two. (It's) not a massive difference, it's just how you get back on track.

"You can do that by working hard. We have to fight to get back on track. We have to do that as a unit."

Liverpool face a Bournemouth side who are in the relegation zone with 10 games to play but the south coast club have Joshua King, Callum Wilson and Ryan Fraser available and Klopp expects them to be dangerous on the counter-attack and set pieces.

"Bournemouth are dangerous from them so we have to be 100 percent spot on," the German said. "We have to play football, force a way through, switch sides, create space and protect it perfectly.

"We face an opponent who are fighting for the league. Their frontline is back now and they are in a tough moment. We respect that, we wish them all the best but not tomorrow."

However, Bournemouth's top scorer Harry Wilson — who has seven league goals — is ineligible to play as he is on loan from Liverpool.

(Reporting by Rohith Nair in Bengaluru and Andrew Downie in London; Editing by Toby Davis)