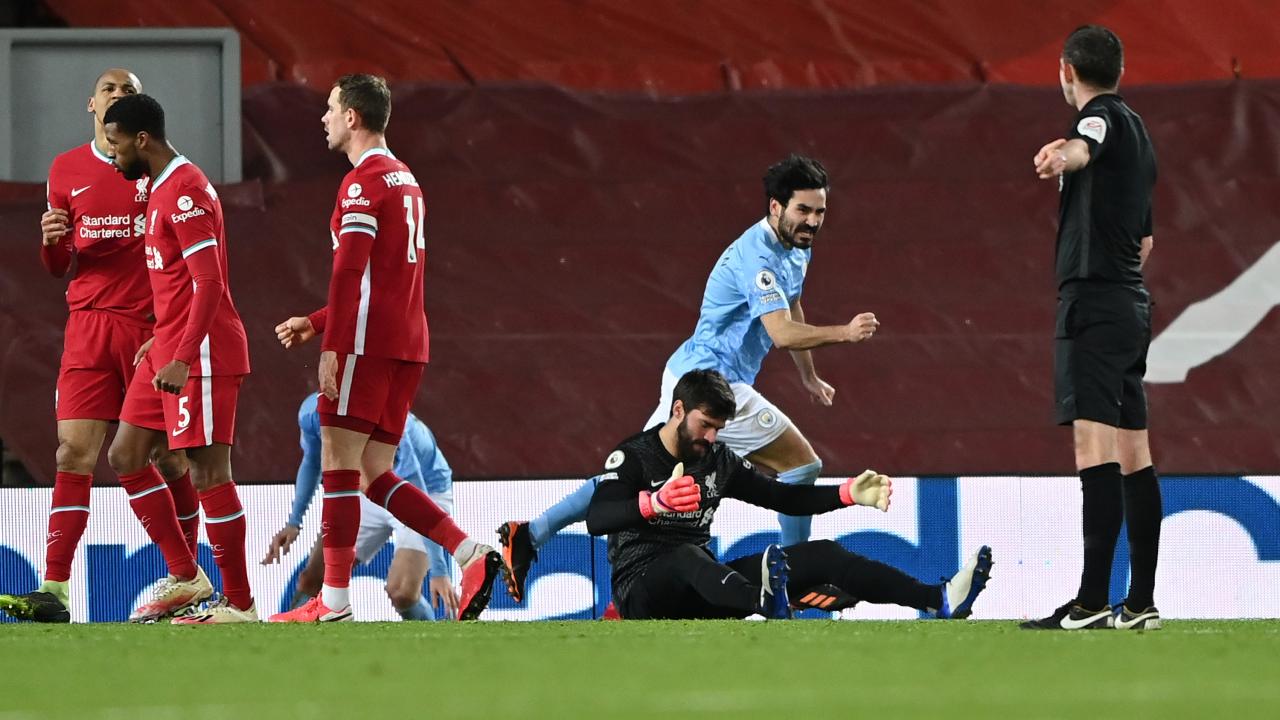 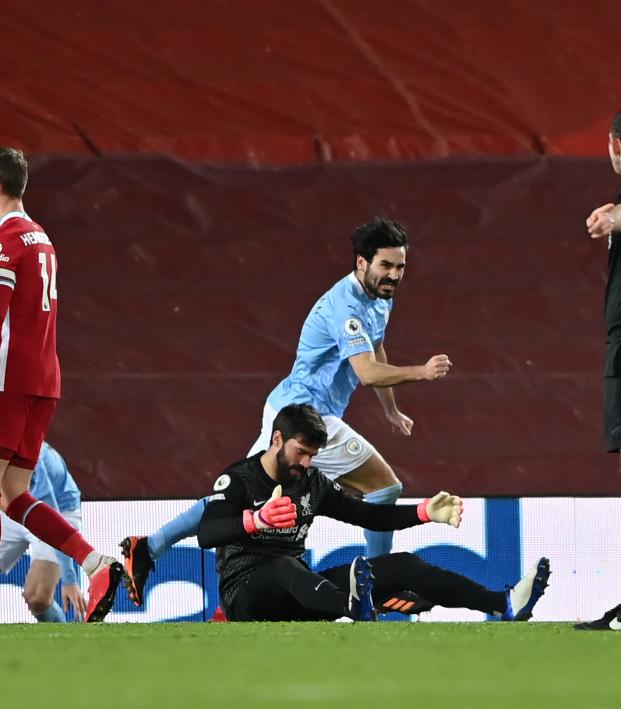 Connor Fleming February 7, 2021
Manchester City is now 10 points clear of the Reds and still with a game in hand.

After 73 minutes of tense, tactical equality between Liverpool and Manchester City at Anfield on Sunday, Alisson suffered a goalkeeping meltdown unseen since Loris Karius’ infamous night in Kyiv to transform a 1-1 stalemate to a 3-1 City lead inside three minutes of total madness.

The fallout isn’t losing the Champions League final, but as Arlo White alluded to before kickoff, Liverpool’s defeat almost certainly puts an end to its title defense.

An entertaining first half saw Sadio Mané miss a great headed chance before İlkay Gündoğan approached a penalty much like Tony Batista used to stand in the batter’s box. Gündoğan run-up was almost completely horizontal, and it was impossible to believe that this wouldn’t be the game’s dumbest moment.

But after Gündoğan atoned for his miss four minutes after the break by putting in a rebound and Mohamed Salah equalized after the hour mark with a proper penalty, Alisson — perhaps trying to justify his manager’s week-long lament about mental fatigue — showed that his brain had been turned to mush by the illness that forced him to miss Liverpool’s previous defeat to Brighton.

In the 73rd minute, Fabinho presented him with a simple back-pass. (This was just after Alisson had invited needless pressure on himself only for Fabinho to bail him out). The Brazilian international didn’t take a touch, didn’t take a look and hammered a pass out wide to Phil Foden.

Foden advanced into the area and presented Gündoğan with his second goal of the evening.

Three minutes later, Alisson did it all over again — this time giving it to Bernardo Silva before the Portuguese setup Raheem Sterling for the easy finish.

Foden would make it 4-1 in the 83rd to outline City’s supremacy in the title race.

City is 10 points above Liverpool now — and five clear of second-place Manchester United — and still maintains a match in hand. For Liverpool, the immediate focus turns to winning a match at home. The Reds are away to Leicester City next weekend but then host Everton in the Merseyside derby on Feb. 20.