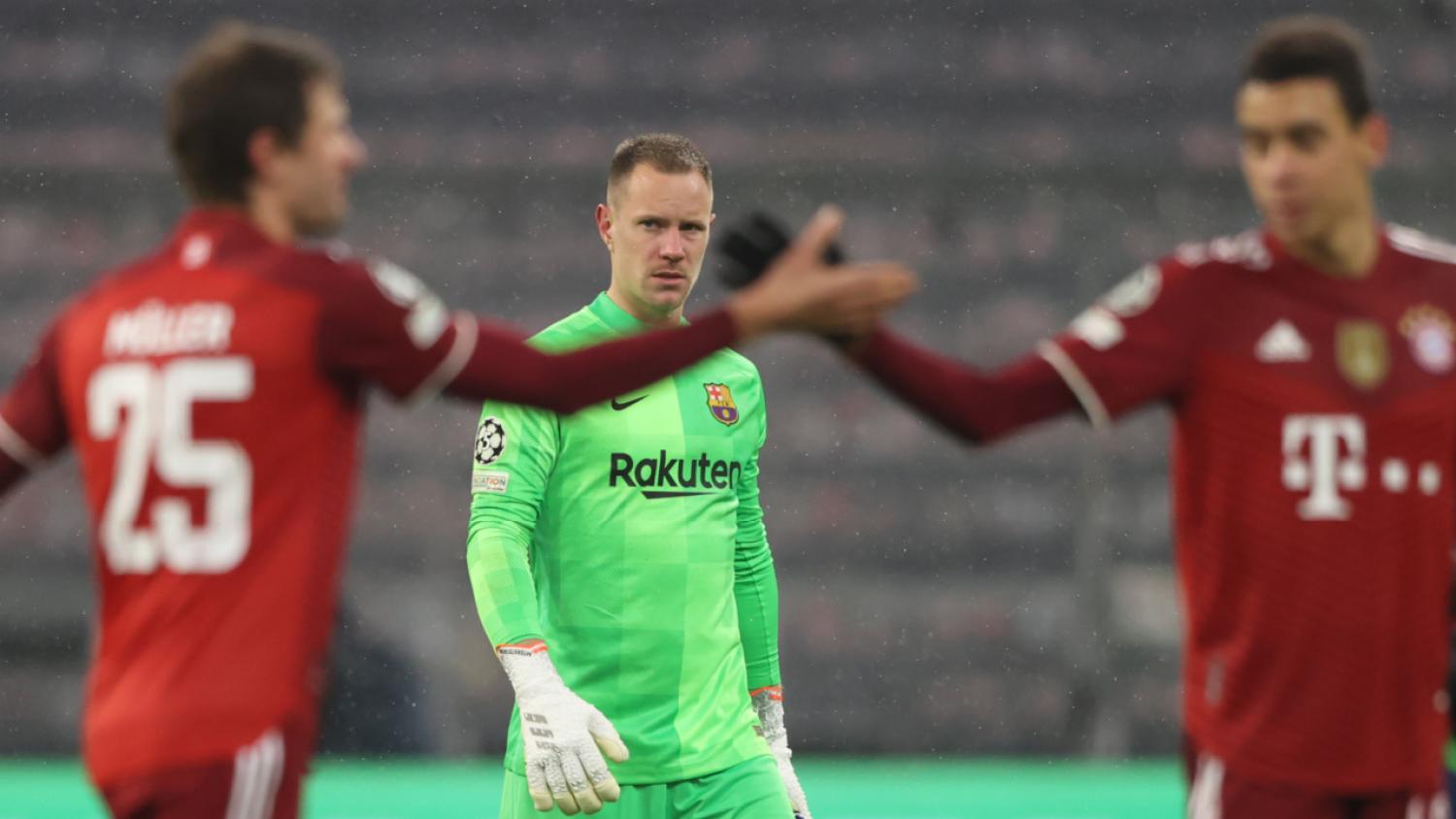 Which one is the group of death? We rank all eight groups from softest to hardest.
Getty Images

We experienced our penultimate UEFA Champions League draw Thursday before the 2024-25 competition throws the 'Swiss model' at us, so we've got to enjoy the concept of a Champions League group of death while we still can.

The draw has gifted us some tantalizing matchups like PSG vs. Juventus, Milan vs. Chelsea, Bayern Munich vs. Barcelona, Liverpool vs. Ajax and Real Madrid vs. Celtic, and don't forget the tournament starts earlier this year (Matchday 1 is Sep. 6-7) because of the World Cup. Let's get down to business.

*Groups ranked from softest to hardest.

Tottenham looks like a sure bet to reach the last-16 with a squad that's strengthened under Antonio Conte following last year's fourth-place finish in the Premier League.

Marseille finished second in Ligue 1, 15 points back of PSG, but leading scorer Arkadiusz Milik has left for Juventus and captain Dimitri Payet isn't getting any younger.

For the 26th straight season, Real Madrid advances to the knockout stage.

Shakhtar Donetsk, the reigning Ukrainian Premier League champion, has been destabilized by Russia's invasion of Ukraine and lost its massive contingent of Brazilian players.

The ban on Russian clubs from the UCL saw Celtic qualify directly for the group stage, and the squad has largely stayed together — including permanent transfers for Cameron Carter-Vickers and Jota — to undertake this odyssey together.

The gap between Atlético and Real Madrid/Barcelona in Spain appears to be widening again, but there's always a chance that Diego Simeone can rectify the defense while getting the most out of João Félix and Matheus Cunha.

Porto, like always, had a couple big departures with Vitinha joining PSG and Fábio Vieira moving to Arsenal, but the team already beat Sporting 3-0 to show it's still Portugal's top club.

After finishing third in the Bundesliga, Leverkusen has done well to keep all its hugely rated talent together, including German phenom Florian Wirtz, leading scorer Patrik Schick and electric French winger Moussa Diaby. They're a dark horse.

Is Chelsea a contender or pretender this year? There's been heavy spending in the window to get Raheem Sterling, Kalidou Koulibaly and Marc Cucurella, but is it enough to close the gap on Manchester City and Liverpool in the EPL? Regardless, they're through to the last-16.

After winning the Scudetto last year, Milan has its sights set on an improved Champions League performance, but key to that is holding on to attacker Rafael Leão.

Salzburg attracted a lot of attention by reaching the last-16 last year, so the team has to deal with the departures of Rasmus Kristensen, Karim Adeyemi and Brenden Aaronson.

Dinamo Zagreb got by Norwegian darlings Bodø/Glimt to reach the group stage, but a fourth-place finish is expected here.

It's the same story for PSG: win the Champions League or don't come home.

How much has Juventus improved since last season's fourth-place Serie A finish and UCL elimination to Villarreal? Ángel Di María, Paul Pogba and Brazilian defender Bremer have been added to reinvigorate the side, but manager Massimiliano Allegri is certainly under pressure.

Benfica, surprise quarterfinalists last year, hammered Midtjylland and Dynamo Kyiv to reach the group stage, which they'll have to navigate without star boy Darwin Núñez. That money has been invested in exciting talents like David Neres and Enzo Fernández.

After finishing fourth in its Europa Conference League group last season — losing matches to Union Berlin, Slavia Prague and Feyenoord — Maccabi Haifa finds itself in the big time after overcoming Red Star Belgrade in the playoffs. 30-year-old American keeper Josh Cohen has the opportunity of a lifetime.

Can Liverpool, last season's runner-up, reach the final at Atatürk Olympic Stadium, the site of the club's legendary comeback against Milan in the 2005 final? There's a good chance of that happening.

There have been huge changes at Napoli with club stalwarts Lorenzo Insigne, Dries Mertens and Kalidou Koulibaly all leaving, but Victor Osimhen is developing into one of Italy's best strikers and we really like 21-year-old Georgia international Kvara.

Rangers used dramatic wins over Belgium's Saint-Gilloise and PSV Eindhoven to reach the group stage for the first time since 2010-11, and they've got two rising American stars in Malik Tillman and James Sands.

Oddsmakers currently have Manchester City as the competition's favorite after the Citizens triggered Erling Haaland's release clause at Borussia Dortmund. They also added England international Kalvin Phillips to the midfield for $50 million.

Dortmund used that Haaland money to add Karim Adeyemi and Sébastien Haller to its attack, and Edin Terzić has BVB's traditional stable of young talent to work with.

Sevilla's defense lost Jules Koundé to Barça and Diego Carlos to Aston Villa while Tecatito Corona suffered a terrible injury in preseason, but there's optimism in the arrival of Isco from Real Madrid, Alex Telles from Manchester United and Tanguy Nianzou from Bayern Munich. Julen Lopetegui needs to get the squad firing after a slow start in LaLiga.

Copenhagen is the wild card, but the Danish Superliga champion took down Turkish champion Trabzonspor to reach the group stage. They've got Viktor Claesson and they beat Club Brugge in preseason.

Bayern has reached the knockout stages of the Champions League for 14 straight seasons. Barcelona had an even longer streak before last season's group stage catastrophe, but the side has certainly strengthened by prizing Robert Lewandowski from Bayern and adding Andreas Christensen and Jules Koundé to the defense.

Inter Milan reached the last-16 last year and has restored its Lautaro Martínez-Romelu Lukaku attack line. The Nerazzurri are the early favorites in Serie A.

Viktoria Plzeň, the Czech First League champion, knocked out Sheriff Tiraspol and Qarabağ to reach the group stage. 26-year-old keeper Jindřich Staněk is going to have to produce a miracle to help his side avoid six defeats.