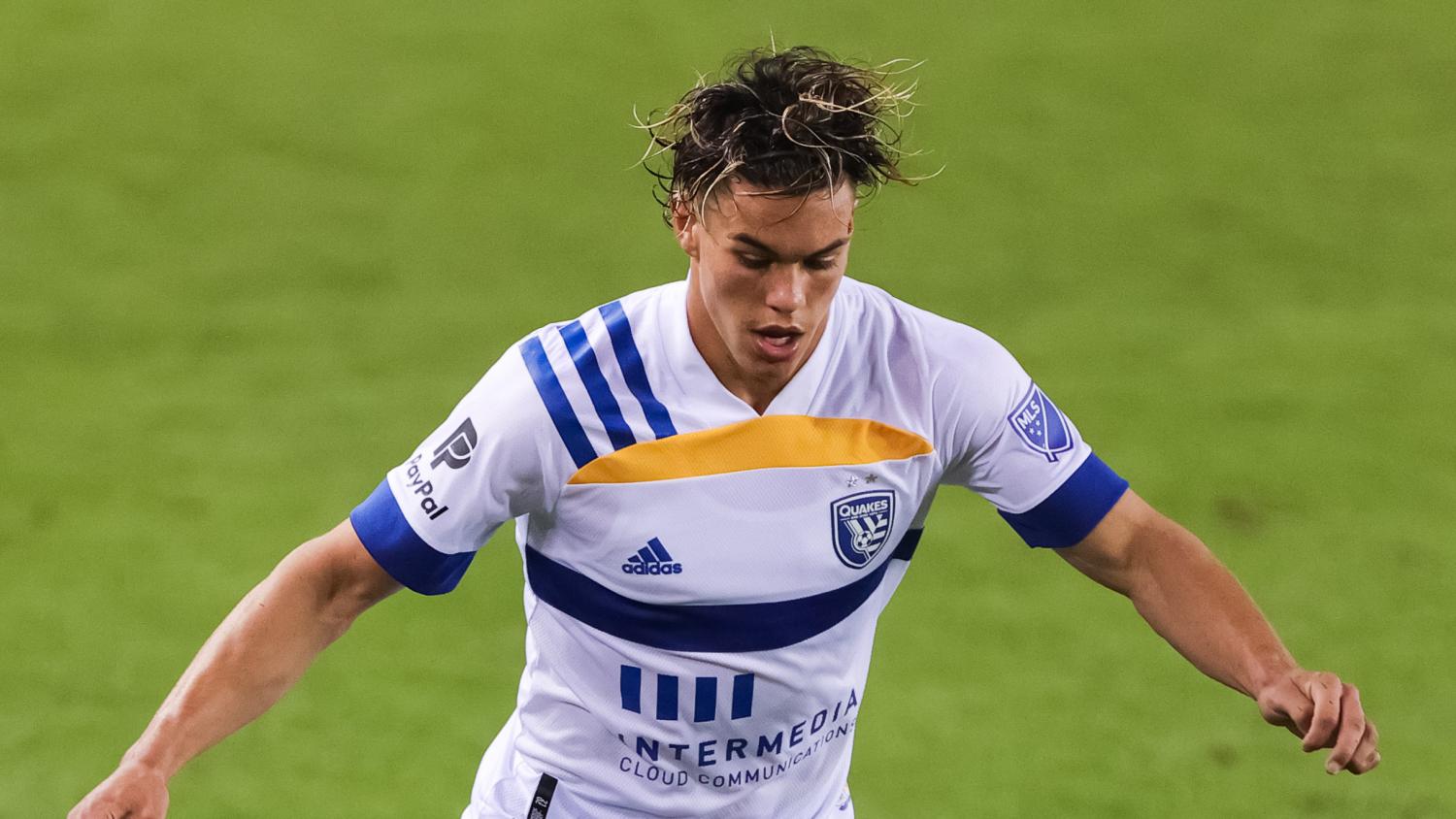 Cade Cowell scored his first goal of the season and added an assist in his new role as a starting striker to lead the host San Jose Earthquakes to a 3-1 victory over FC Dallas on Saturday.

Oswaldo Alanís scored from the penalty spot and Cristian Espinoza added a second-half goal after missing a first-half penalty for the Earthquakes (1-1-0, 3 points), who won their first home opener since 2018.

San Jose substitute Chris Wondolowski was sent off in the 89th minute for his challenge on José Martínez following a video review. 18-year-old Ricardo Pepi scored his third career MLS goal late for Dallas (0-1-1, 1 point), which has yet to hold a lead this season. Dallas goalkeeper Jimmy Maurer exited the match in the 61st minute with an apparent lower-body injury.

Cowell, 17, previously made four starts in 2020. The Earthquakes opted against making a splashy signing to replace Danny Hoesen, thus Cowell has been given the first chance to earn the starting role at center forward in his second campaign.

After failing to break through last week against Houston, Cowell repaid manager Matías Almeyda's faith four minutes after halftime on Saturday. He picked out Espinoza with a gorgeous diagonal through-ball. Espinoza had time to compose himself, then chip his finish over a charging Maurer to double San Jose's lead.

Cowell effectively sealed the match 10 minutes later. He reached Carlos Fierro's ball forward down the right, carved out space between a couple Dallas defenders, then drove a low finish past Maurer and inside the left post to make it 3-0.

It might've been an even more lopsided defeat had Espinoza converted San Jose's first penalty after he earned it by inducing Jáder Obrian into a foul. But the hosts won a second spot kick in the 34th minute for a handball on Tanner Tessman that was spotted via another video review.

This time it was the defender Alanís who stepped up and drove a finish low and to Maurer's left, giving the goalkeeper little chance.