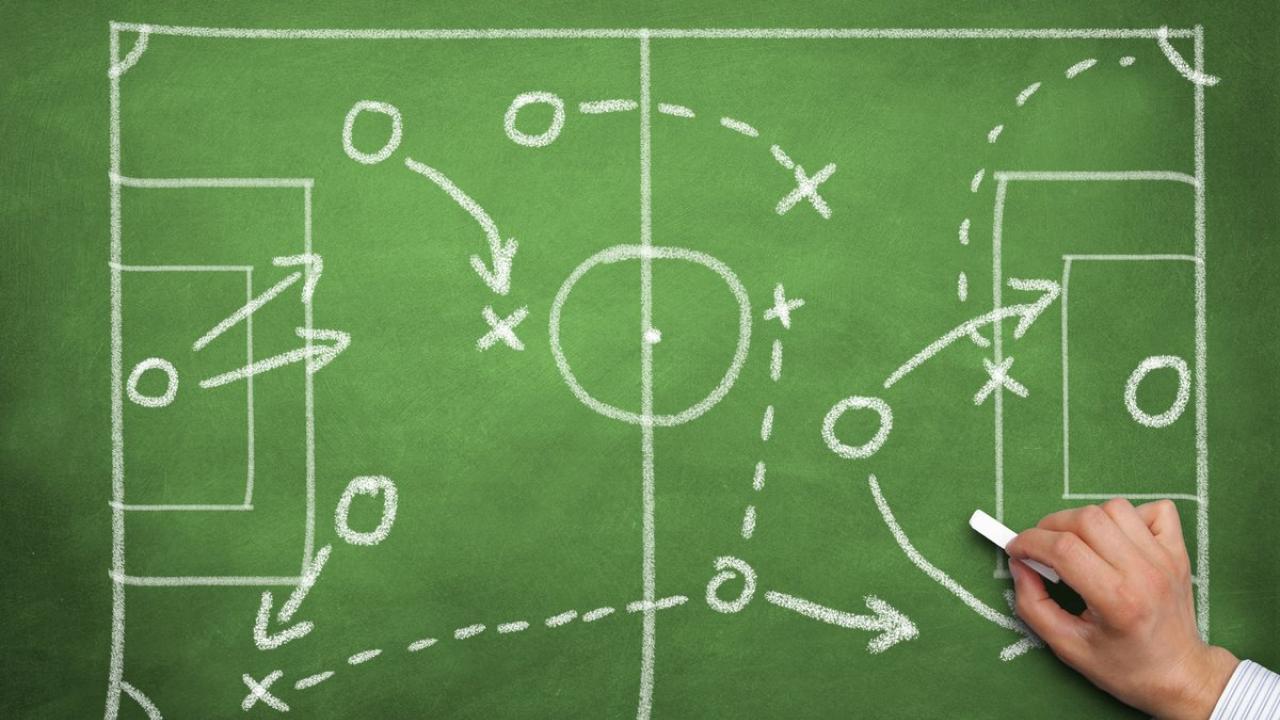 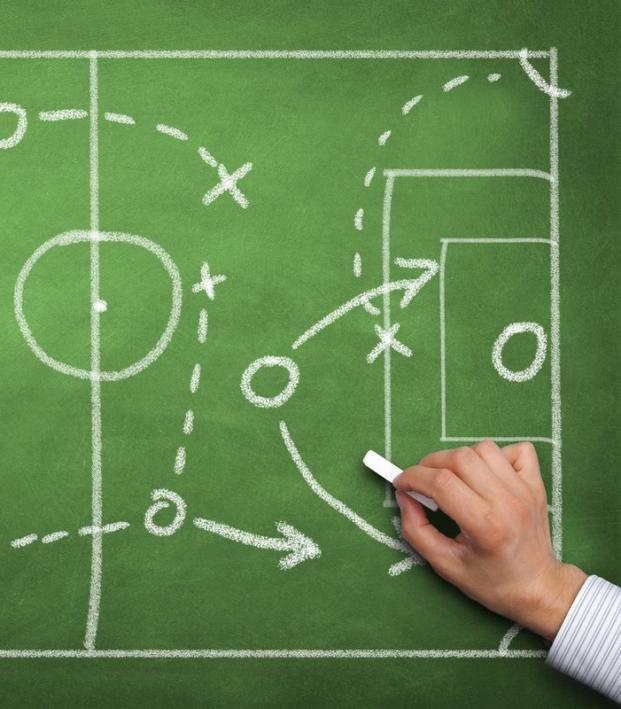 Have you ever wondered how soccer positions work, how soccer position numbers are traditionally assigned or how the roles and responsibilities of each position are defined? Ever considered the difference between a full-back and a wing-back? Well, you are in luck: The18 introduces you to the ultimate guide to understanding soccer positions.

First things first: let’s take a look at where the most common positions play on the field.

A Map Of Soccer Positions On The Field 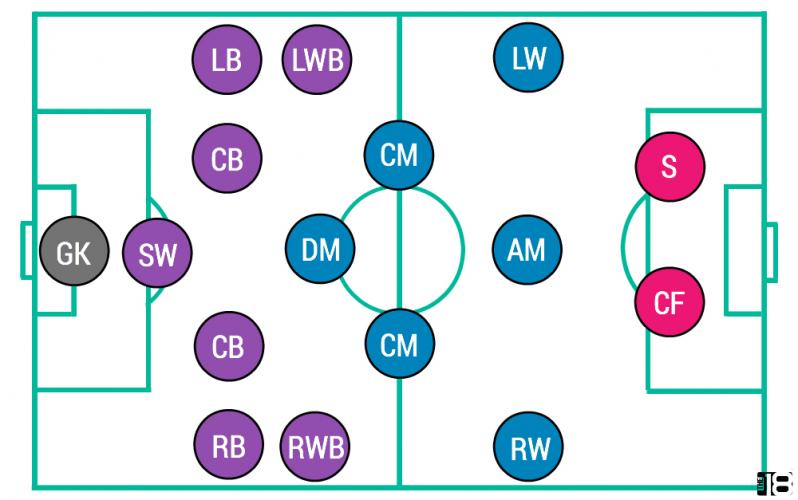 As you can see, there are plenty soccer positions and not all of them can play at once. A common question is how numbers get assigned to positions. Below, we outline the traditional numbers for each soccer position. Historically, these numbers were used to indicate position, with the players on the field designated as #1 - 11. In the modern game, jersey numbers vary greatly depending on formation as well as a player's personal preference. Here, we provide an overview of how numbers were traditionally assigned by position.

Let’s take a look at the role of each soccer position and the iconic players who illustrate each role.

Every formation features a goalkeeper. The goalie is the only player who can legally use his or her hands to touch the ball on the field. To any other player, touching the ball with anything between your fingernails and shoulders is not permitted. Some of the most famous goalkeepers are Juventus’ Gianluigi Buffon, the USMNT's Tim Howard, Manuel Neuer and former Real Madrid star Iker Casillas.

Buffon is one of the most famous goalies of all time

The sweeper position is not commonly used anymore, but it was popular back in the day. The sweeper is the last man in the defense line. He is located between the goalkeeper and the center-backs. He is not normally assigned to personally mark a rival player but rather to close down gaps left by teammates, to anticipate opponents’ moves and to clear loose balls. Perhaps the most well-known sweeper of all time is German legend Franz Beckenbauer, who once played for Germany with a dislocated shoulder. 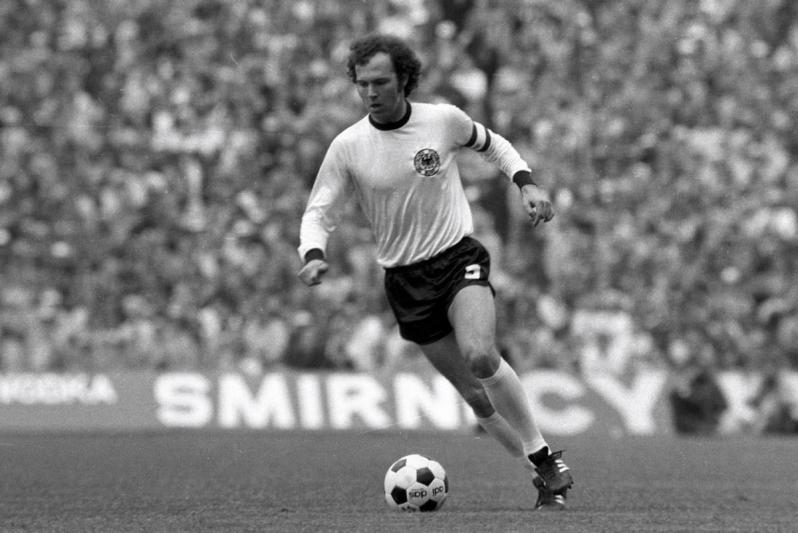 In contemporary football, center-backs constitute the last defensive line in the central area of the field. Their responsibility is to block rival forwards and to do anything in their ability to stop them from getting face to face with their goalkeeper. Center-backs are often tall, strong, and have good leadership attributes. 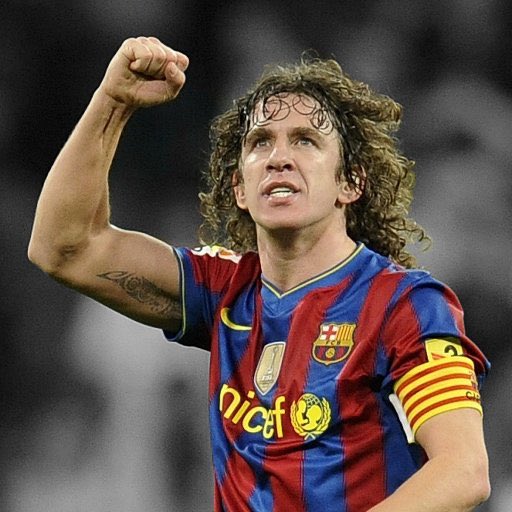 Full-backs are in charge of blocking the other team’s wingers and wide midfielders and to prevent them from crossing dangerous balls into their box. While full-backs may on occasion venture into more attacking positions, their chief responsibility is to defend and help hold a line with the center-backs.

Full-backs are often lighter than the center-backs and run up and down the field marking rivals. Brazilian stars Roberto Carlos and Cafú are two of the most legendary full-backs of all time. 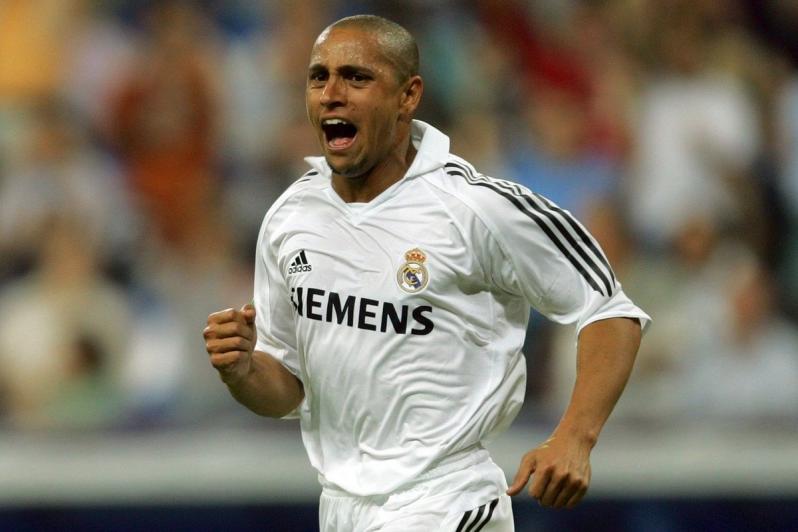 A wing-back's role depends on the team formation and specific moments of the game. For example, if you have a defensive line of four defenders (two center-backs and two full-backs) and your team is in need of a goal, you will want the full-backs to behave more like wing-backs and attack. If, on the contrary, you are clinging to a narrow advantage, you will want your wing-backs to play more defensively. Also, if you have five defenders (three center-backs and two wing-backs), this allows more liberty for the wing-backs to venture attacking. Remarkable wing-backs are Marcelo, Dani Alves, Dani Carvajal and David Alaba.

The defensive midfielder plays directly in front of the center-backs. His or her job is to collaborate with defense, retrieve as many balls as possible and organize attacking plays from the back. Holding midfielders are usually rugged, strong players capable of physically disputing the ball with opponents.

Center midfielders are the foremost organizers and creative playmakers in the game. Having a strong midfield is key to establish a dominating playing style. When FC Barcelona had Sergio Busquets, Andrés Iniesta and Xavi Hernández as midfielders, they were arguably the best team in history because they handled the ball so well, establishing the so-called “tiki-taka” style that consisted in endless passing of the ball from one side to the other with remarkable accuracy and tempo. 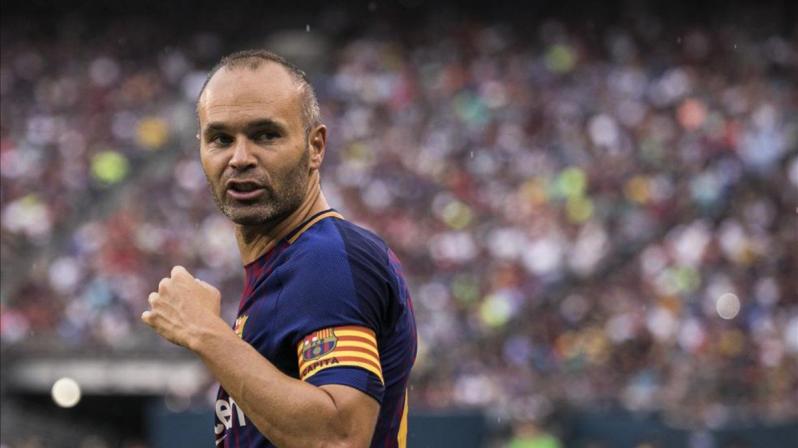 Their role is similar to that of the center midfielders, but more focused on attacking (shooting, assisting, scoring). Some of soccer’s best players of all time have been attacking midfielders. Exquisite technique and accuracy are a must for this position. Characterized by field vision, ball control and technique, attacking midfielders are often in charge of free-kicks and penalty kicks. Notable examples are Zinedine Zidane, Francesco Totti, Kaká and Ronaldinho. 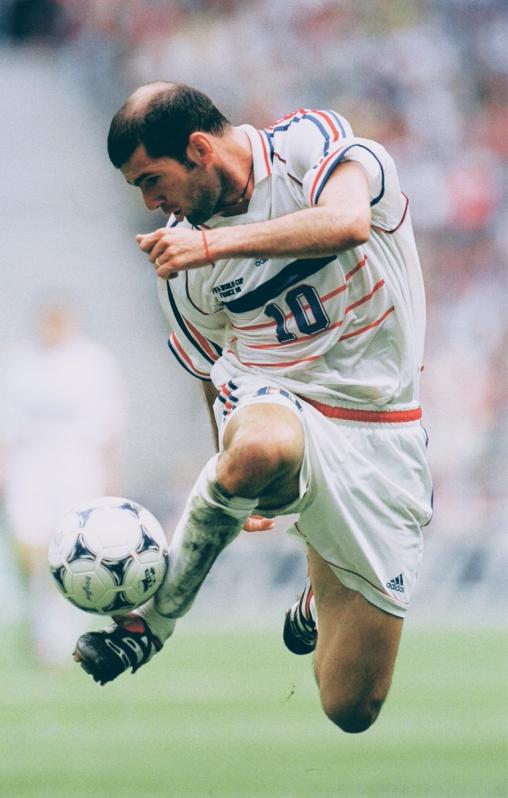 The Frenchman is regarded as one of the most elegant players ever to play the game.

Wide Midfielders or Wingers play offensively along the sidelines. They are normally light, fast and extremely fit. This position is one of the most explosive and opportunity generating. Wingers are tasked with attacking and dribbling at full speed, crossing, assisting and scoring. Well known wingers are Ángel di María, Eden Hazard, Neymar, Arjen Robben and Cristiano Ronaldo, particularly when he was younger (and faster).

Cristiano Ronaldo playing as a winger for Real Madrid.

A center forward is typically a strong player that can win balls in the air, shield the ball from defenders while waiting for backup, perform link up duties and serve as decoy for the striker. Of course, every once in a while you get center forwards who are not as physically strong but compensate with skill, like “Kun” Agüero or Lionel Messi. Moreover, in contemporary football, the center forward has also defensive responsibility. He or she is considered to be the first defender of the team. 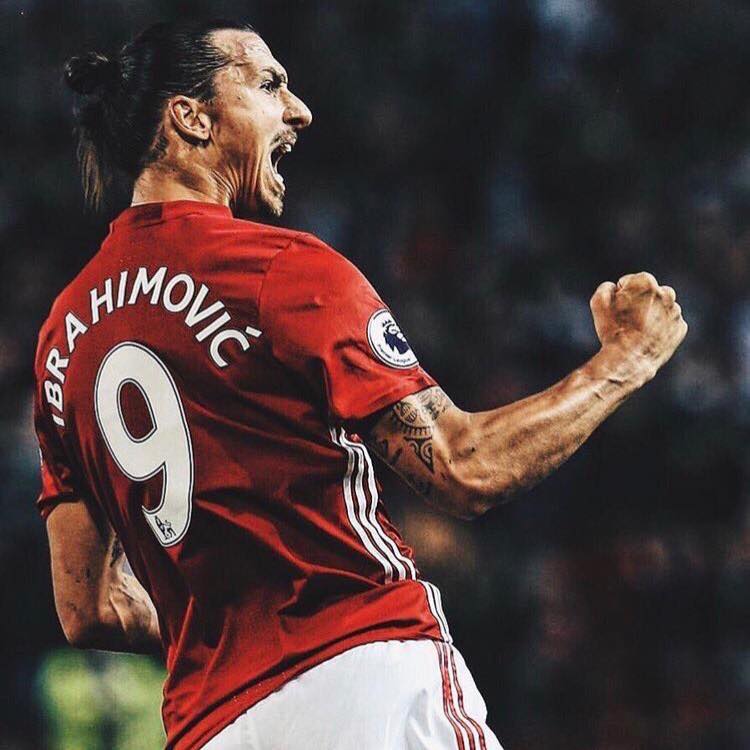 As this name suggests, strikers are tasked with the most commonly celebrated thing in football: scoring. While Center Forwards typically have defensive responsibilities, strikers are almost exclusively concerned with attacking. Strikers are quick and unpredictable, profit from defenders’ mistakes and are at times defined as goal poachers. 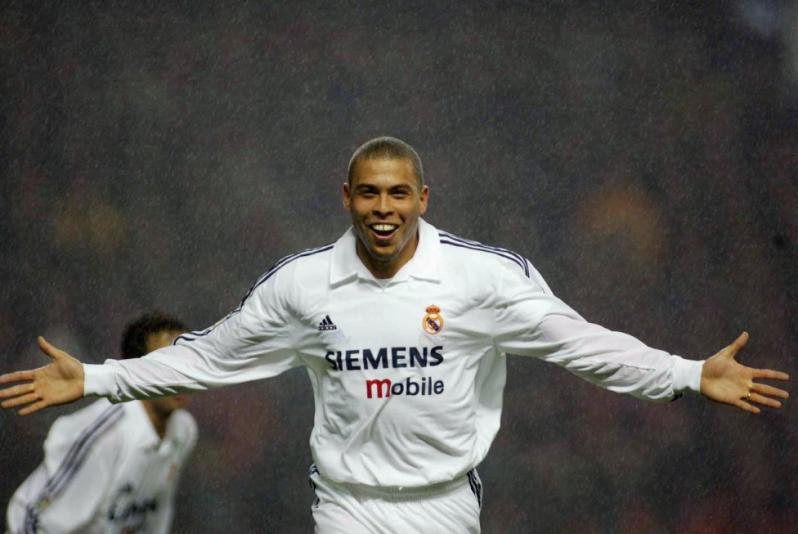 Those are the basics. There are almost more soccer positions than players allowed on the field. As you can guess, there are a lot different formations in soccer that allow for play and creativity. You can always go for a traditional 4-4-2 (four defenders, four midfielders, and two forwards), opt for a 5-3-2 (3 center-backs and 2 wing-backs, 3 midfielders, 1 center forward and a striker), or join the contemporary trend of 4-3-3 (four defenders, three midfielders, one center forward, and two wingers). The combinations are infinite.

That is an insight into why football managers earn so much and why their job is so fascinating!