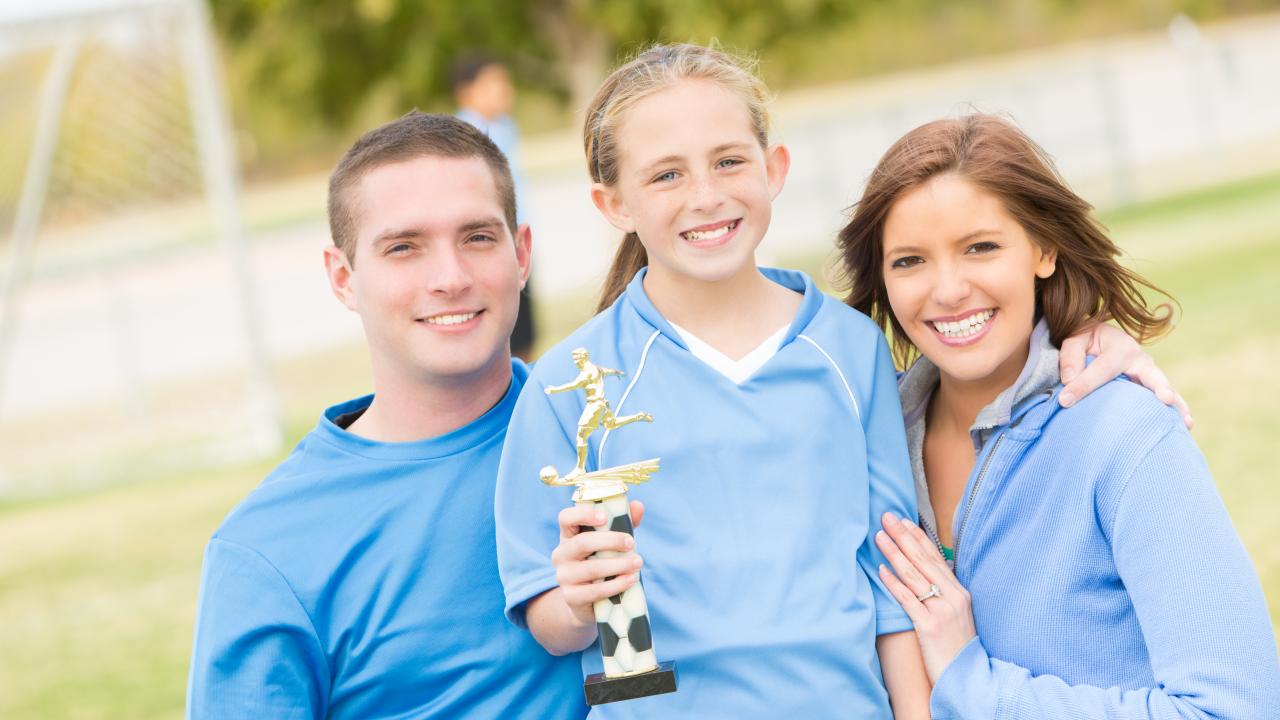 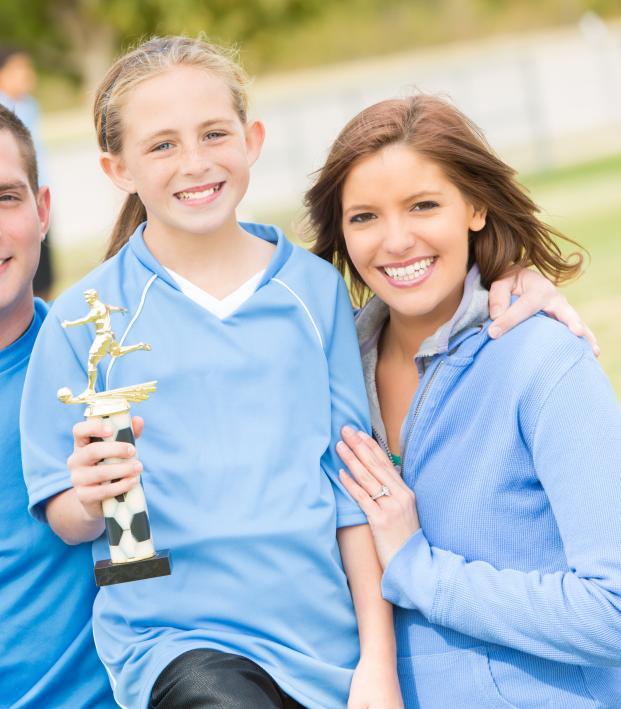 Should Parents Pay Their Kids For Scoring Goals?

When I was growing up playing youth soccer I had teammates whose parents gave them money whenever they scored. They didn’t receive large sums, but maybe $5-10 per goal. When I first found this out I was upset. For one, why wasn’t I making money for scoring? But more seriously, I was concerned that some of my teammates would be more interested in scoring themselves than helping the team score. So should parents pay their kids for scoring goals in youth soccer?

Let me be clear up front that I’m talking about small sums of money — an allowance worth, give or take, no more than $20. I think we can agree paying kids hundreds or even thousands of dollars for goals would not be ideal. But is it OK — or even beneficial — for parents to reward kids for on-field success? Should parents pay their kids for scoring goals?

Among the many motivating factors in life, money is probably second only to libido in influence. If you want your kid to succeed in soccer, why not offer money to encourage them to score? Every child is different. Some excel in the classroom but struggle outside it; others are the opposite. Some kids need a little extra encouragement to give their full effort and do the best they can to succeed.

My esteemed colleagues at The18 argue for paying kids (perhaps tongue-in-cheek, but probably not).

Sam Klomhaus says: “Money is good. The free market is god; capitalism is like Jesus but for money. Teach them the hustle never stops. Hustle early, hustle often.”

Connor Fleming added: “It gives kids a nice, entrepreneurial feeling.” (Because who’s got time for a lemonade stand these days?)

And Bryce Badwan had a semi-cogent thought: “I think other parents should pay if other kids score. Then the really good poor kids can maybe, just maybe, afford to make it and be noticed by U.S. Soccer.”

It’s not unusual for parents to reward their children with money or items of value for getting straight A’s on their report cards. Rewards such as cash, videogames or TV time are a nice way to incentivize students to develop good study habits. By that same line of thinking, who’s to tell a parent they shouldn’t do the same for scoring goals? They’ll practice harder and be more focused during matches. Plus, the more they score goals, the better it is for the team, right? 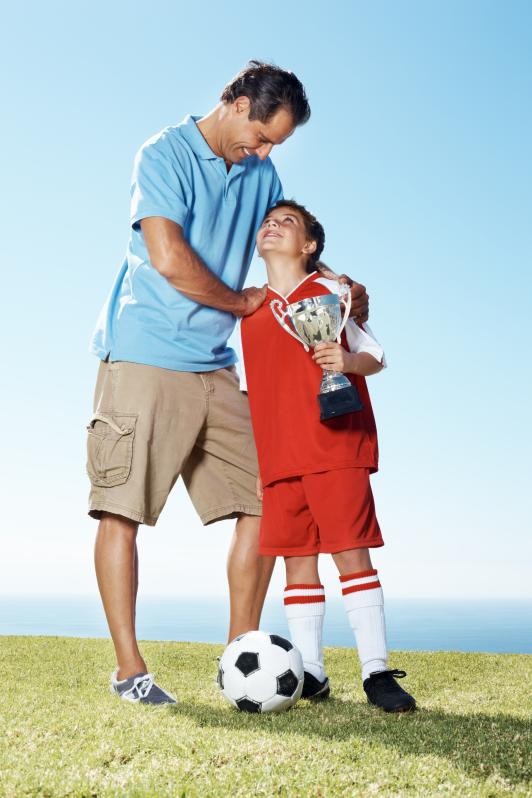 Should parents pay their kids for scoring goals? Photo: iStock

And this is where the question of whether or not parents should pay their children for scoring goals gets tricky.

Say the kid whose parents pay him or her for scoring is bearing down on goal with only the keeper to beat. The goalkeeper is closing down the angle but a teammate is running alongside ready for a tap in. If the kid knows he or she can pocket some cash for scoring, he or she is more likely to shoot for goal than pass to the teammate who has the better chance of scoring. If this kid misses the shot, the money on the table has harmed the team as a whole.

Giving young players more motivation to score goals can have detrimental affects on a soccer club. No matter how good a player is, if he or she is being paid to score goals, he or she is likely to shoot when a pass would be more beneficial.

Adam Hayes, the executive director for FC Boulder, said he is against paying kids for scoring goals.

“I have a strong opinion that players should not receive extrinsic rewards for individual achievements within a team environment,” Hayes said. “By paying for goals, the parent is providing false recognition that the goal scored by his or her daughter is a direct result of the player's effort and achievement. Although some goals are solo efforts by a player, more goals result from a collaborative effort within the team than from an individual's sole achievement. Selfishness and poor decision making can result from extrinsic motivations.”

Hayes goes on to say the intrinsic feelings of satisfaction, self-worth and self-confidence should outweigh payment for performance.

Perhaps there is a middle ground. What if parents reward players who set up goals, be it an assist, a goal or even a key pass to set up the goal. This way the child doesn’t put himself before the team.

Of course, the problem here is kids will be more incentivized to play offense at the expense of defense. A midfielder might push too far forward trying to create a goal and leave his team exposed at the back. A balance could be to reward kids when their team records a clean sheet, or maybe give a dollar or two for each successful tackle or clearance.

Hayes suggests, if anything, to reward players for things like hard work, communication with teammates, recovery runs and respect toward the referee.

“Should a parent want to motivate a player with an extrinsic reward, my suggestion is to reward something that would be hard to find on a stat sheet,” Hayes said. “Or the best way to reward a player for their efforts on game day, tell the player how much you enjoyed watching him or her play in the game that day.” 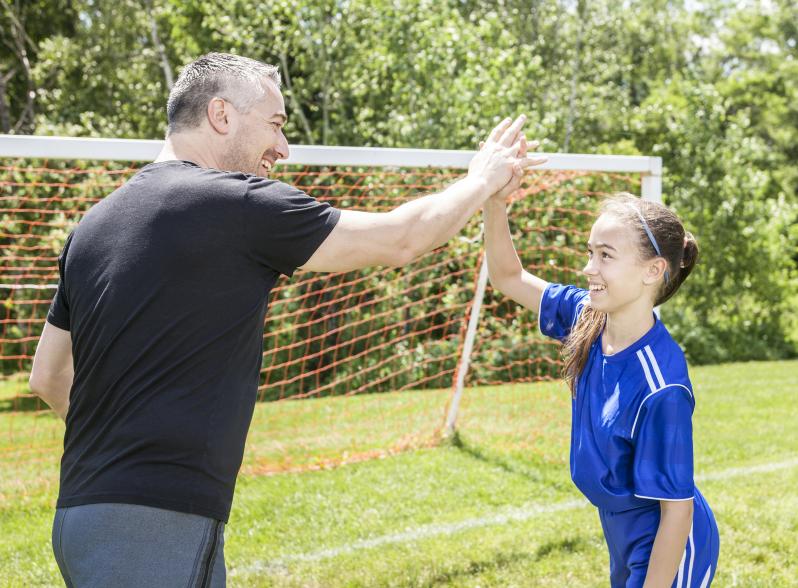 Rewarding kids for actions that don't show up on the stat sheet can be more beneficial for the child and the team overall. Photo: iStock

You also have to question why parents want encourage their kids to be successful on the pitch — are their motivations pure? Some parents might just want to see their kids do well and be happy, which is understandable. But some parents might be living vicariously through their children, wanting to taste the success they never had growing up, which can be unhealthy. Others might be pushing their kids too hard to do something their offspring might not want to do. Some might be financially motivated, thinking if their kid scores enough goals, he or she can either earn a college scholarship or become a wealthy professional. That last idea makes sense, but can still be detrimental.

We must ask ourselves if these are appropriate reasons to pay kids to do well. Rewarding kids for having good grades can pay off in the long run for the child and the parent if he or she is successful in school. This is sometimes the case in soccer, but most of the time it is not. A vast majority of kids who play sports do not earn scholarships or play professionally. But an even higher majority of kids who go to school get jobs and are productive members of society.

Maybe the best solution is to just not pay kids at all. Children need to be playing sports for the love of the game, not to earn extra spending money. The best way to foster love for the game isn’t by forcing a person into the sport; oftentimes parents can be too overbearing and influence their children into doing the exact opposite of what the parents want.

When I was growing up, I would play soccer just about every day of the week, with or without my parents’ guidance. I’d have practice Tuesdays and Thursdays, games on Saturdays or Sundays and at least two or three times per week I’d meet up with friends at a local park to play pickup soccer. I played not because I wanted to make money — despite pipedreams, I never really thought I’d be a pro — or because my parents wanted me to (my dad probably would have preferred I played American football) but because I loved the game and playing with friends. I’m not saying this is how every kid should be, but it certainly influenced how I enjoyed the game and why I’ve never experienced burnout, even though I’m an Arsenal fan.

There is not any one way to parent a child. Every kid is different and every parent is different. Some kids might need the incentive of a new PlayStation game or extra FIFA Points to study harder. Some kids might be encouraged to play and practice harder if they know they will be rewarded for their efforts. But it’s always important to consider all consequences of these actions.

I’m not here to tell you how to parent your kids — my only child is a small, furry, four-legged creature who, to my dismay, has never shown any interest in sports. But the question of should parents pay their kids for scoring goals is important. Opening a dialogue for these issues can help parents decide the best way to move forward with their soccer-playing children — and, crucially, for their children’s teammates.