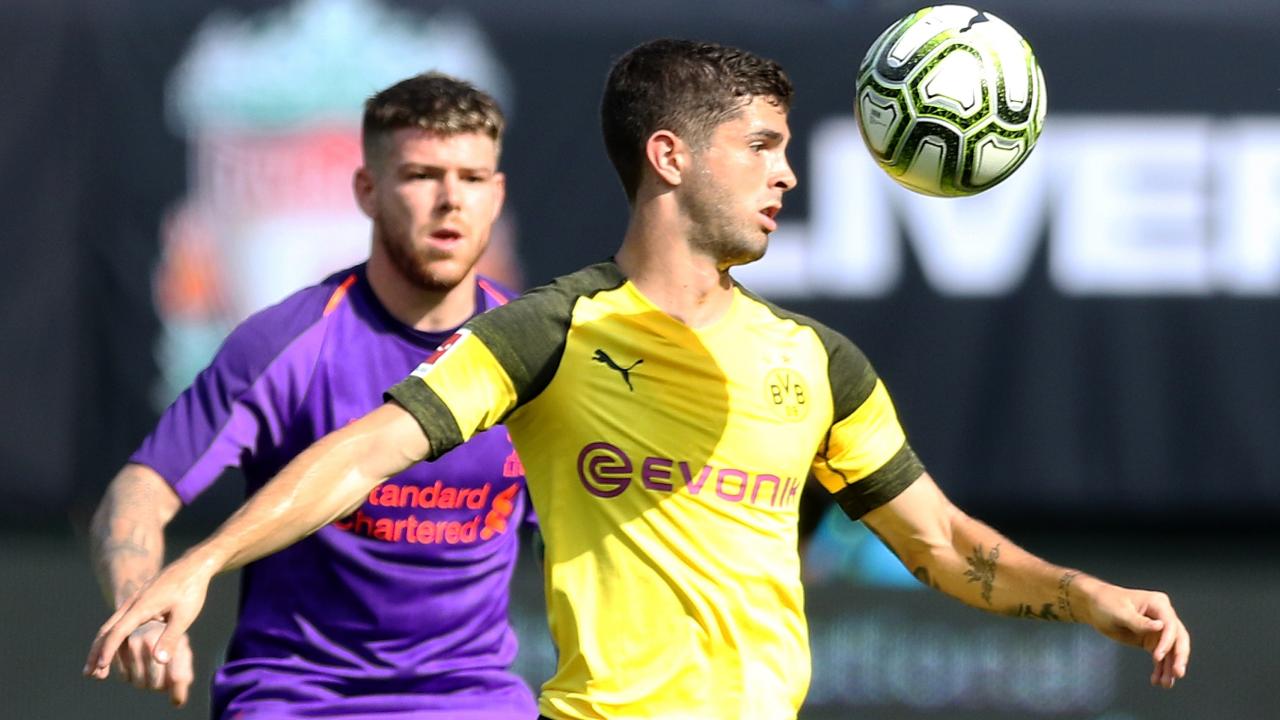 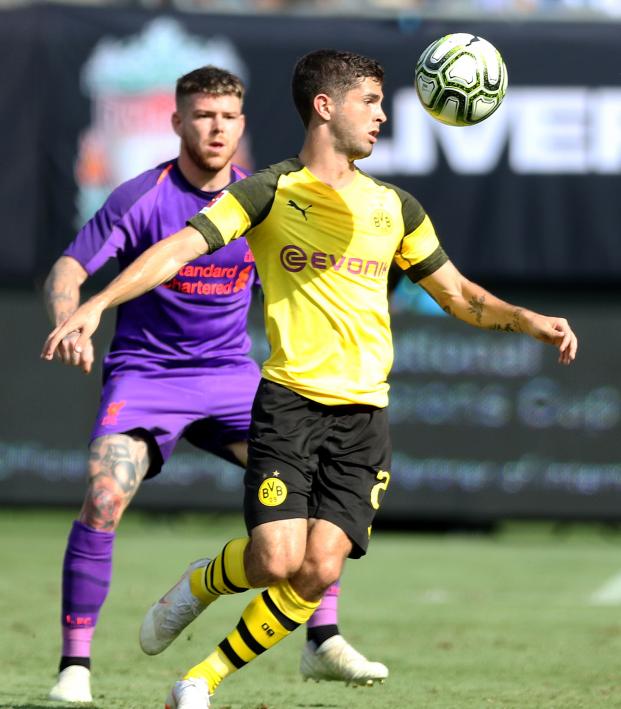 How To Play Soccer Like A Pro: Christian Pulisic Edition

In the wake of Borussia Dortmund’s 3-1 friendly victory over Liverpool on June 22, Reds manager Jurgen Klopp — a longtime admirer of the playing style of 19-year-old American Christian Pulisic — took a moment to discuss the Dortmund phenom. In essence, it was a call for America to wake up and learn how to play soccer.

“He’s a smart player,” said Klopp, “and unfortunately the USA needs more of these players. He alone cannot do it all. Don’t put too much pressure on the boy. Hopefully, you can have a few more of them and then play very successful soccer in the future.”

We need more Pulisics. Yes, the Pennsylvania native has grown by leaps and bounds since joining Dortmund as a 16-year-old (a move made possible by his Croatian heritage), but he takes great offense at the notion that he developed entirely in Germany.

“It really frustrates me when people say, ‘Oh, he’s barely American,’ or, ‘He grew up in the Dortmund academy,’ or anything like that,” says Pulisic. “First of all, it’s not true: Until I was 16, I came up through the U.S. youth system. I did all of the camps, the academies, the residency programs, the travel teams and everything else it had to offer. I’ll always be a part of that system, and I’ll always be indebted to it.”

He’s only 19, but we’ve now been able to watch Pulisic play professional football for two and a half seasons with Dortmund and for three years with the USMNT. Over the course of over 100 games, Pulisic has demonstrated certain abilities and strengths the average American player would do well to replicate.

Here are four areas of your game that you can work on to play more like Christian Pulisic in 2018-19.

#1. Take on your marker without fear.

Soccer is a game of failure. For evidence of that, just look at the average scoreline after 90 minutes of play or what’s considered a “decent” conversion rate. However, fortune certainly favors the bold out on the pitch. If you spend 90 minutes simply passing the ball sideways and backwards, you’re doomed (see: Spain vs. Russia at the World Cup).

For Dortmund and the USMNT, no player is better than Pulisic at unlocking defenses with a dribble. Does this mean he’s often dispossessed and tackled? Of course, but former manager Thomas Tuchel and current boss Lucien Favre have absolutely no issue with that. With 77 successful dribbles (that means taking on your marker one-on-one and beating them), no player had more in the Bundesliga last season.

As soon as you’ve beaten one man, the entire balance of the defense is broken. Another player must now come to the defender’s aid and you’ve helped shift the numerical balance while also freeing up space for others. The greatest weapon a team can have against a well-drilled, disciplined defensive block is the disruptive talents of a world-class dribbler.

The importance of beating your marker on the dribble is further outlined by Pulisic’s contribution in the final third: He led all of Dortmund with five assists on the season while also adding four goals. So yes, you're going to lose the ball, but you're also going to create the sort of situations that lead to goals.

#2. Know which short pass to play before you even receive the ball.

Playing for one of the most exciting, vibrant attacking sides in Europe and alongside the likes of Mario Gotze, Maximilian Philipp and Marco Reus, Pulisic has become embedded in the attacking ethos of the club. Dortmund plays a possession style while looking to control the game in the opposition’s half — a style that necessitates short passes and quick interchanges.

If you want evidence of this, just look at the club’s Footbonaut machine (which cost $3.5 million). Pulisic reportedly “lived” at the center housing this machine when he first arrived in Germany.

It’s important to work on your first touch and finding more repetition in receiving and playing a quick pass, but it’s equally important to begin to think about what your next move will be even before receiving.

“When I do get the ball, it’s already too late to start thinking about what to do,” says German international Marco Reus, Pulisic’s club teammate. “I try to play in such a way that, when I get the ball, I already automatically know what will happen next.”

#3. Track back and support your team/defend from the top.

For all the promise and attacking acumen Pulisic displays, he wouldn’t be getting any minutes at Dortmund if he were a tactical liability in the starting 11. Pulisic, however, is non-stop in the wide areas. He gets forward to great effect, but he also puts in a lot of defensive work to support the full back behind him (on average, he records 1.4 tackles and 0.5 interceptions per game).

At 5-8 and 140 pounds, Pulisic’s not the most intimidating defender, but he logged the third most minutes on the team last season because he can be counted on to do it all. His work rate is exceptional, and it’s perfect for Dortmund’s style. Utilizing a high press, Pulisic provides a solid number of defensive interventions further up the pitch.

#4. WORK ON YOUR WEAKER FOOT

Pulisic is right footed, but he started 19 games on the right wing for Dortmund last year and seven on the left. He’s able to do this because he’s adept with both feet, and his ambidextrous ability makes his movement extremely unpredictable for defenders.

He can cut inside from either wing or he can dribble toward the byline and send in a cross with either foot. He’s one of the best players in the Bundesliga when it comes to creating dangerous moments in the final third, and much of this is down to his ability to dribble/create/shoot with both feet. Even if your strong foot is a killer (we're not all Arjen Robben), don't neglect your weaker appendage — it's how you take your game to the next level.