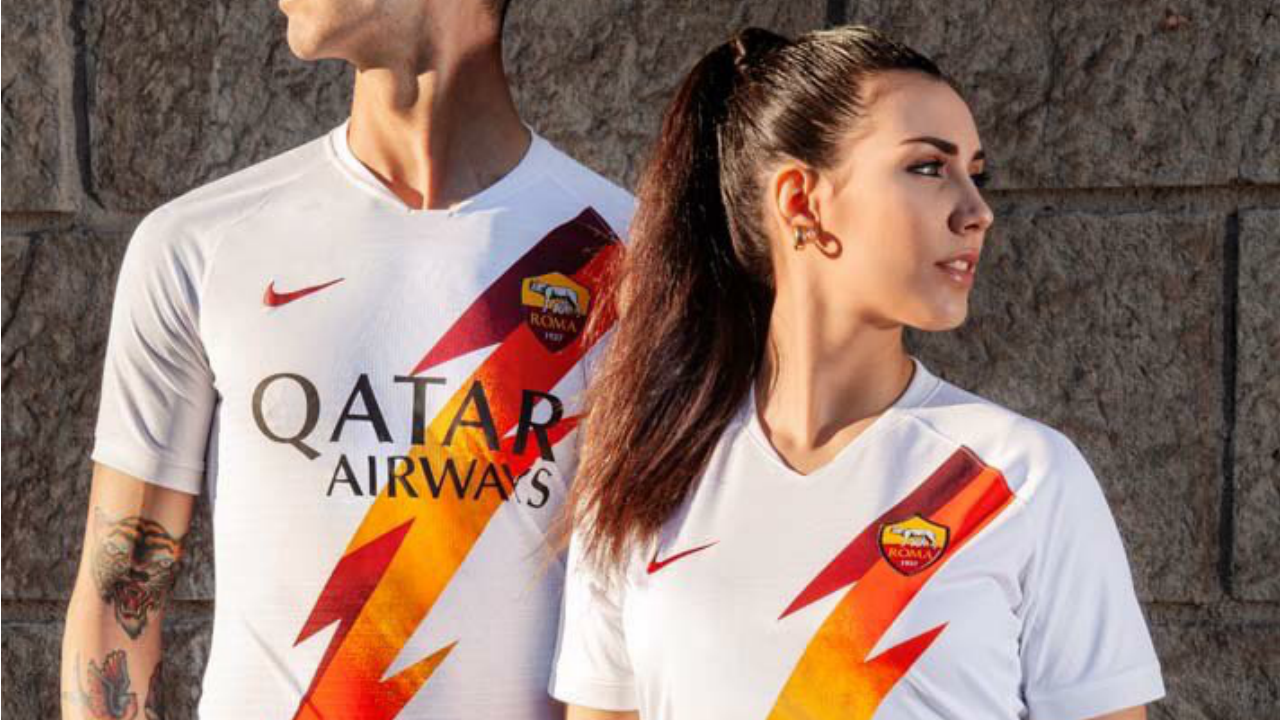 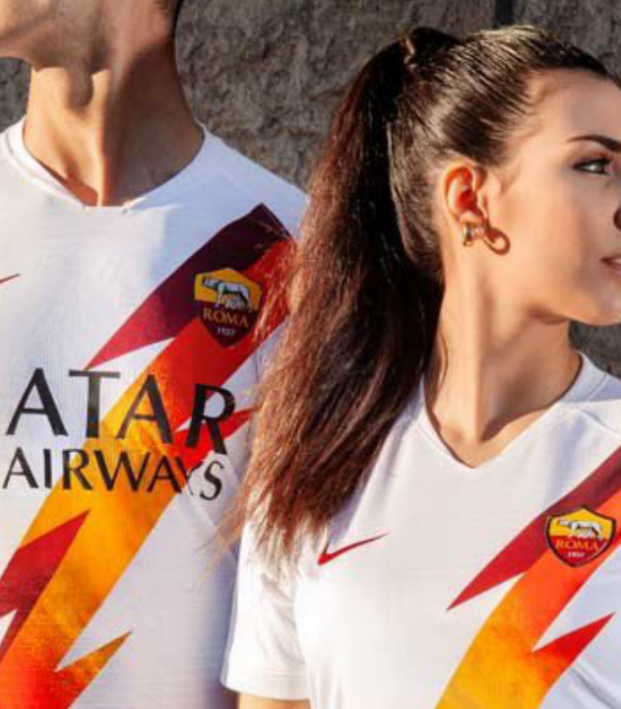 This Is AS Roma’s New Away Jersey, And It’s The Best There Is

It’s difficult to feel all that great about the direction AS Roma is heading under American president James Pallotta, who admitted that last season was a “complete disaster.” Coupled with that has been Francesco Totti stepping down as club director while lamenting, “It was not my fault… Today is like dying. It would have been better to die,” and the ugly departure of fellow club stalwart Daniele De Rossi, who’s now reportedly set to retire at the age of 35.

The hiring of Paulo Fonseca after three hugely successful seasons as Shakhtar Donetsk manager is intriguing, but the Portuguese coach has been handed a squad in flux, and it’s likely that both Edin Džeko and Steven Nzonzi are headed for the exit.

It’s all pretty depressing, and it’s difficult to imagine Roma improving that much on last season’s sixth-place finish.

Having said all that, Roma’s jerseys for the 2019-20 campaign are simply the best.

The home kit was launched back in May, and with a subtle nod to Jupiter, the Roman God of the Sky, it’s electric. 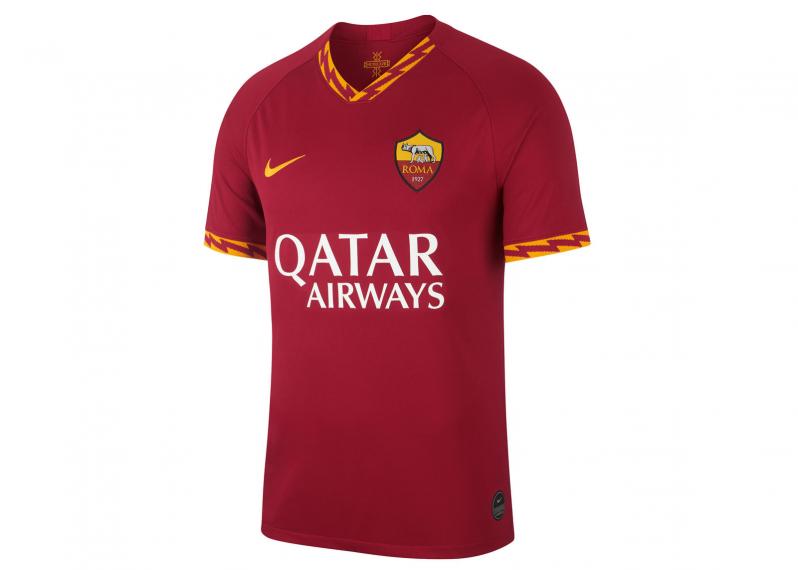 Today saw the club launch the 2019-20 away kit, and it’s even better. It features a lightning bolt sash that jags its way from the left shoulder to the right hip in crimson and orange. 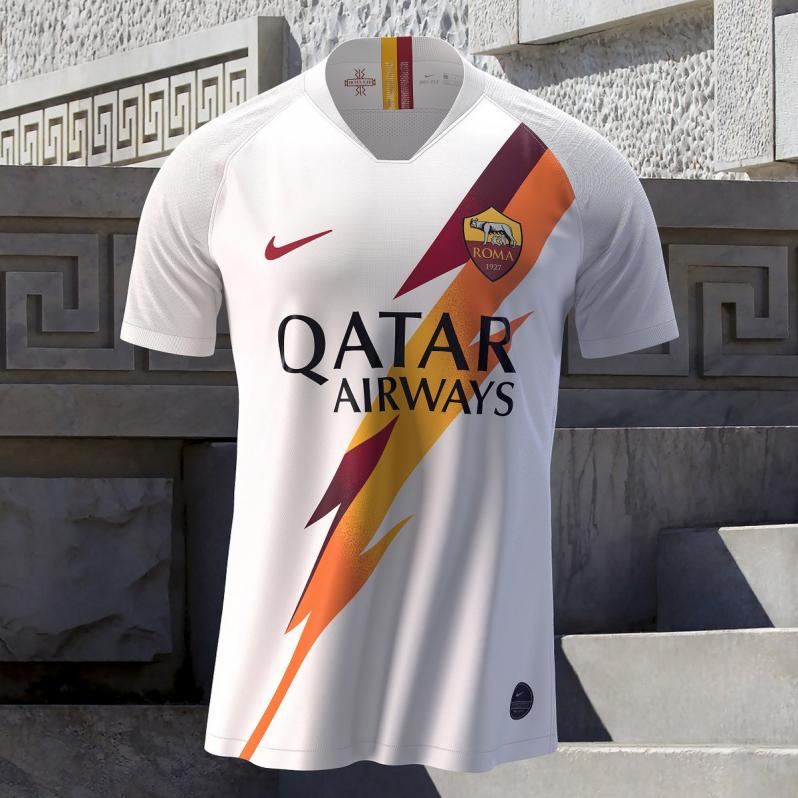 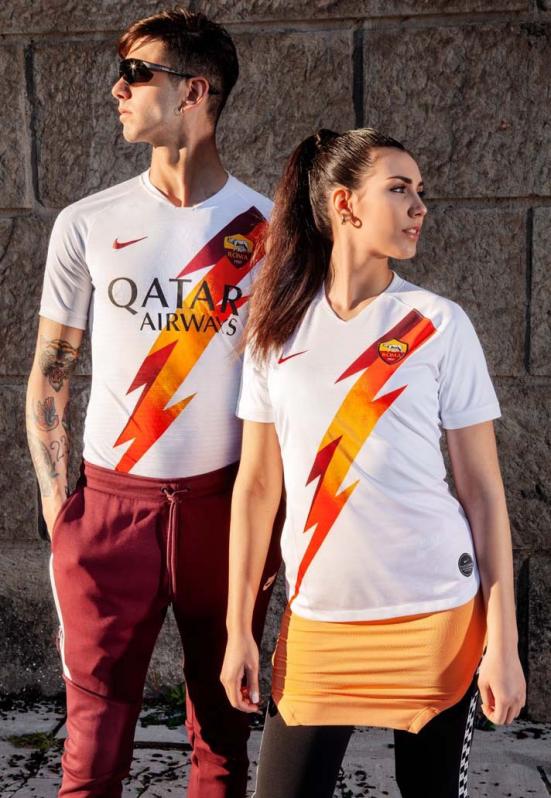 And remember, it still hasn’t been confirmed, but this is supposedly Roma’s third kit for Europa League play. Will I be buying this one? Yes, I will. 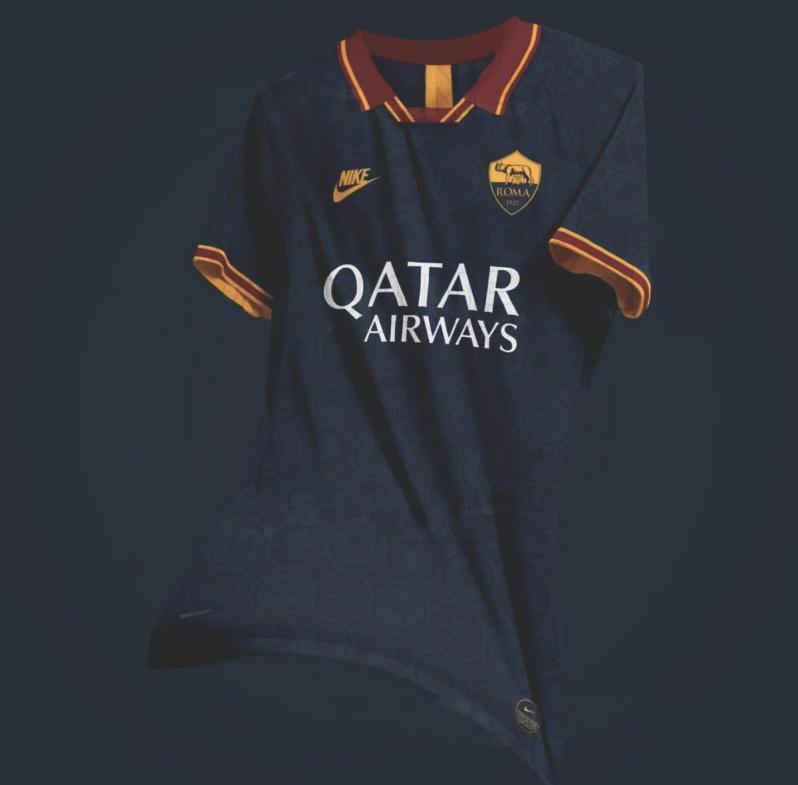