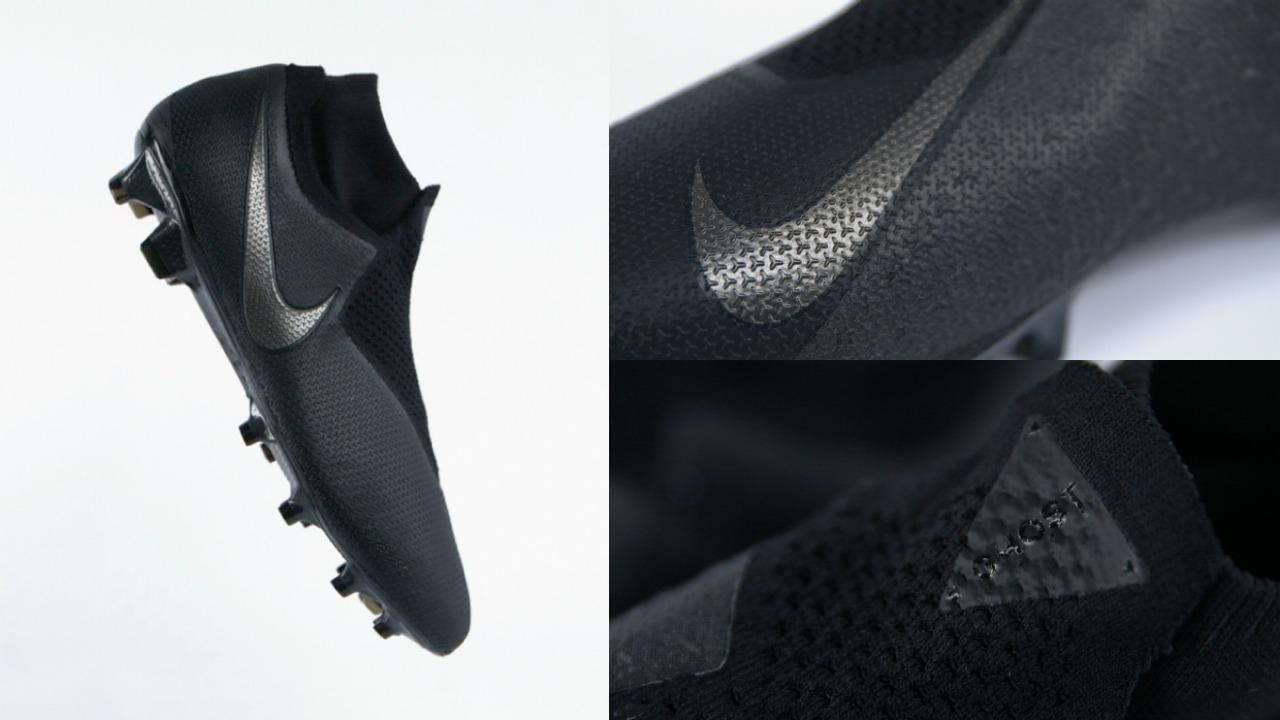 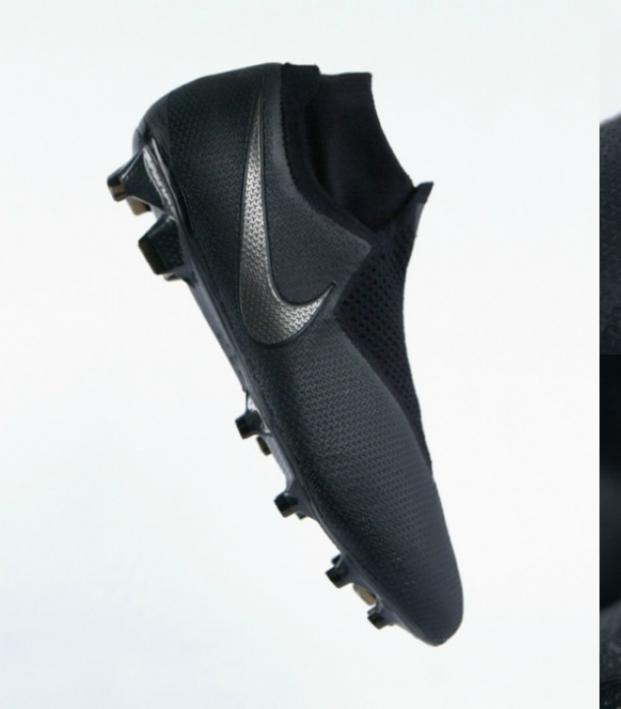 It’s here: the long-awaited, game-changing PhantomVSN (Phantom Vision) cleat from Nike. This is the cleat that the likes of Philippe Coutinho, Kevin De Bruyne and Mallory Pugh — attackers “at ease in a position-less environment” — will be using to navigate tight spaces and open up games. These boots are designed with the next generation of playmakers in mind, and it’s quickly apparent that the wears associated with attacking football will never be the same.

With a Quadfit mesh bootie that conforms to fit any foot, a Ghost Lace system that is only reliant on one pull and can then be discretely tucked away for an even striking surface and a Texturized Nike FlyKnit upper that maximizes ball control, the Nike PhantomVSN is match-ready right out of the box and boasts features that will soon be adopted across Nike’s entire line of cleats.

The most revolutionary feature on the boot is the Quadfit mesh bootie, a design that’s the result of conceiving the boot from the inside out.

“We developed an internal Quadfit mesh bootie that conforms to fit most any foot, but retains its shape and will not overstretch,” designer Phil Woodman said. “Quadfit contains the foot without constricting the foot. Players have long been accustomed to the rigors of breaking in their boots, but the PhantomVSN is match-ready right out of the box.” 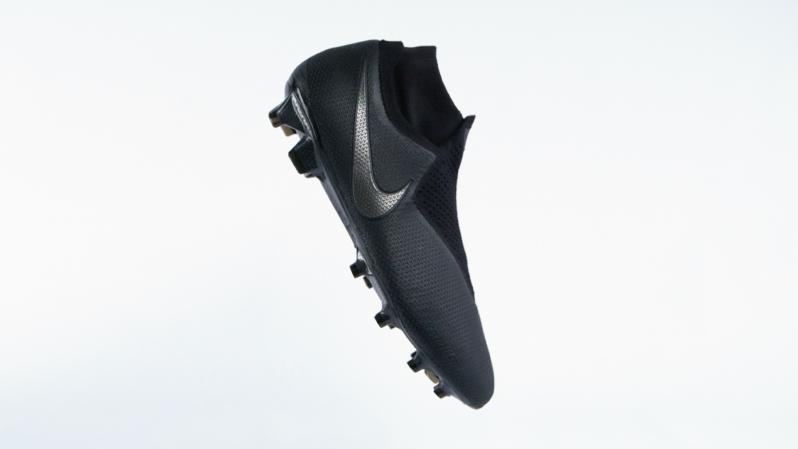 According to Nike News, this is accomplished by ditching the stretch bias in woven materials.

“The four axes of fibers conform to the player’s foot and provide support in all directions,” the Nike News release says. “It works because of the unique fiber orientation as well as the separation between fibers; the gaps distribute the load of the foot and mitigate friction. The result is an incredible fit across a very broad spectrum of unique foot structures.”

This insistence on providing a custom fit for every footballer is mirrored in the Ghost Lace system. A one-pull lacing system creates equal tension all the way down the foot, and the laces can then be tucked away for an even striking surface.

“We’ve done tremendous amounts of research, talking with players and analyzing data in the lab,” Woodman said, “and the results are unanimously in favor of lacing to provide that customized fit each player desires.”

Finally, the highly texturized Nike FlyKnit upper looks gorgeous, but it’s also designed to give you maximum control and premium touch. The triangulated texture on the instep of the foot corresponds to an area that research has deemed critical to ball control. 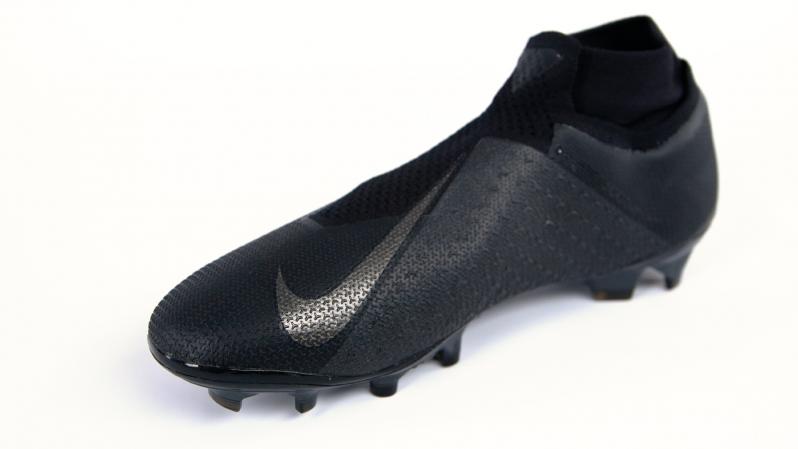 According to the Nike Sport Research Lab, “the lower on the triangle one collects the ball, the higher the degree of control for initiating the attack.” Small-sided soccer played a prominent role in the design of the boot, and so the PhantomVSN caters best to those “accustomed to multi-directional maneuvers with the ball at their feet.” 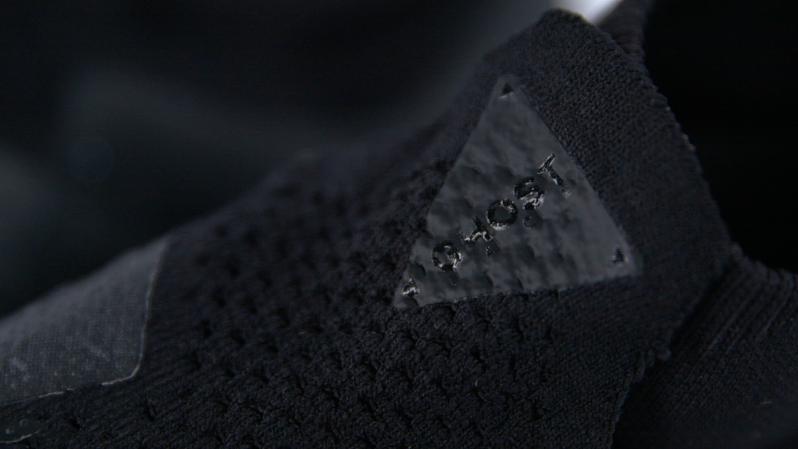