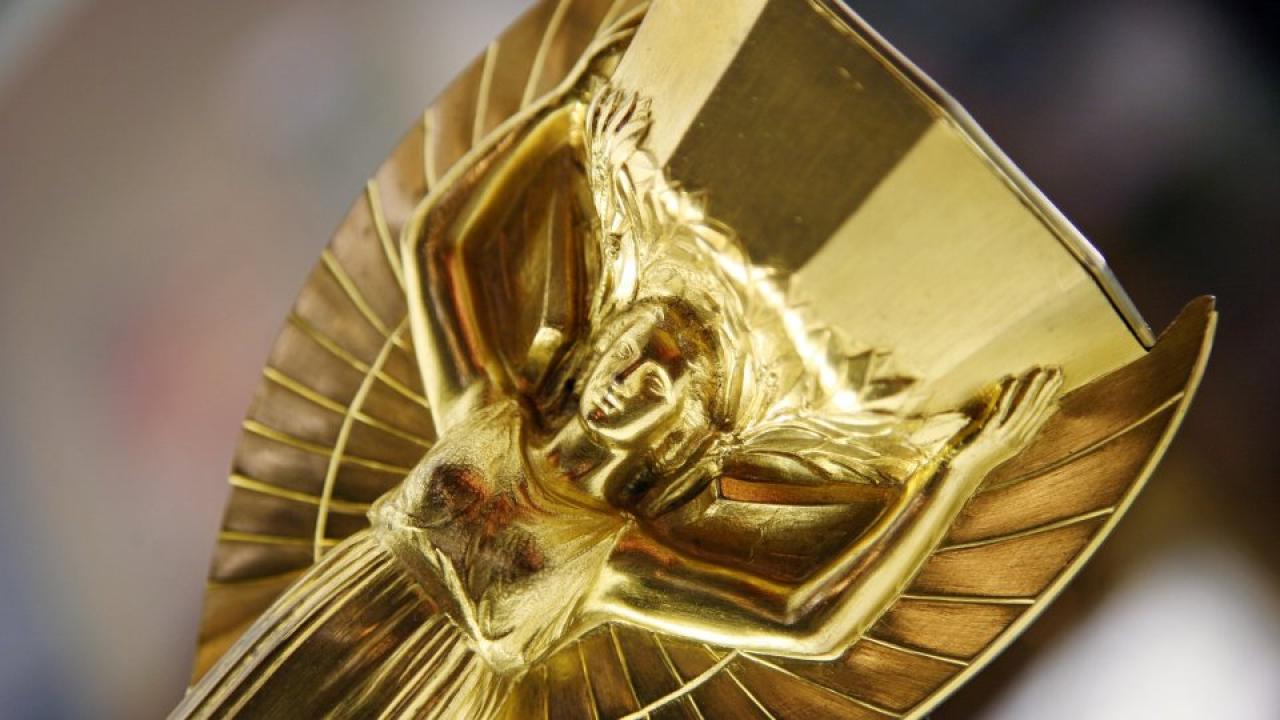 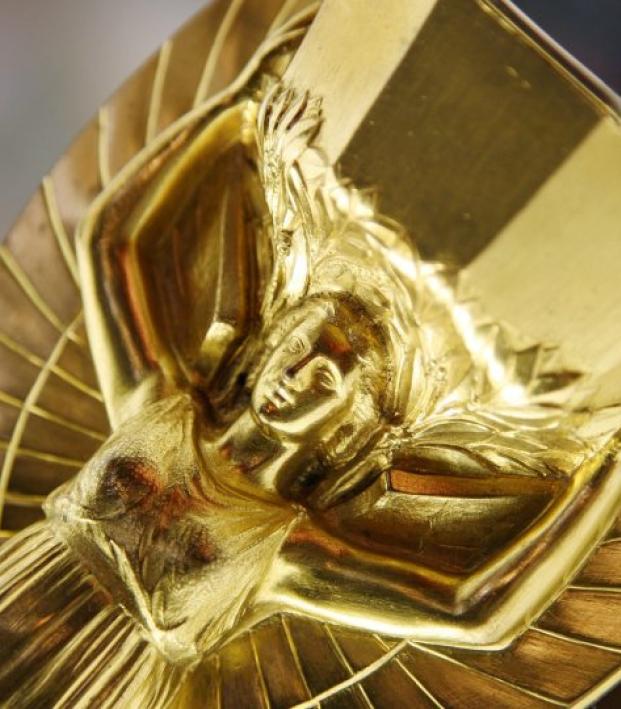 The Most Infamous Trophy Thefts In The History Of Football

Unless you're holding out in some kind of doomsday bunker, or just don't follow any sports other than soccer, odds are that you've heard of Tom Brady’s Super Bowl LI jersey being stolen from the Patriots' locker room after the game.

It took a lot of investigation, including help from the FBI to find whoever was responsible for the theft, but Brady's jersey ended up being found down in Mexico. The culprit behind it appears to be Martin Mauricio Ortega, a director for the Diario La Prensa newspaper.

Now, it might seem odd that somebody could just waltz into the locker room and steal the jersey of one the most famous American football players in the world right after the Super Bowl.

Still, some stories from the world of soccer make the theft of Tom Brady's jersey seem like child's play.

We'll start at the beginning, back in 1895 when Aston Villa won the FA Cup over West Brom. Back then, the winning clubs held on to the original FA Cup trophy. And it was during Aston Villa's time to hold onto the trophy that it was stolen for the first time.

The Cup was being shown at the window of a shoe shop that belonged to William Shillcock on September 11, 1895 when it disappeared. A hefty reward of 10 pounds was offered to whoever could shine a light on the disappearance.

Nevertheless, the Cup was never found, and Aston Villa had to pay a 25-pound fine to replace the Cup. Yeah, that was a lot of money back then.

The intriguing part of this incident is that while Aston Villa had to pay a 25-pound penalty, they had insured the Cup for 200 pounds. Not pointing fingers at anybody, just a fact.

Another interesting fact about the original FA Cup theft was that in 1958, a well known petty criminal from the Birmingham area claimed that he had stolen and melted the trophy to make fake coins.

They might have been a good soccer club in the beginning, on the pitch I mean, but taking care of trophies was not Aston Villa's expertise.

A little less than 90 years after losing the original FA Cup, a pair of Aston Villa players managed to lose the European Cup. Could you imagine somebody losing the Champions League trophy today?

"We used to go out and take the European Cup where we could to show it to the fans and let them have their pictures taken with it," Gibson said about the night when the Cup was lost. He and his teammate Gordon Cowens stopped by for a drink at the Fox Inn near Tamworth. "Gordon and I had had a few drinks, and we were playing a competitive darts match, when someone turned round and said: 'The Cup's gone, it's been stolen.'

"At the time you didn't really realize what was happening. All I can remember is dread and trying to block it out as if it didn't really happen."

To show a little solidarity with Gibson, most people would probably try to block something like that out as if it didn't happen too. We also have to respect their bravado. It's tough to imagine a better bar pickup line than “We just went to Rotterdam and beat Bayern Munich to win this beauty over here."

Still, it's not acceptable to leave aside one of the most wanted items in the world to play a game of competitive darts. Is it, gentleman? Is it?

For what it’s worth, the trophy turned up not too long after that. It was handed over at a Sheffield police station by a mysterious man named Mr. Sykes.

Maybe it's not such a bad thing Villa hasn't won anything in a while...

Perhaps the most ridiculous trophy theft in the history of soccer happened in Argentina.

In 1975, Rosario Central had just won the Jakarta Cup and put the trophy on display at the club. The Cup was glorious, adorned with beautiful gems and made of gold. It was the kind of thing thieves would dream of stealing. And that is exactly what happened.

Only, this Argentinian thief probably felt bad leaving the fans of Rosario Central without a trophy to celebrate. So he made a replica, minus all the gold and gems. Instead, he made a fake Jakarta Cup out of glossy paper and glitter. You can't make this stuff up.

The real trophy was returned to the club in the late 80s. It was missing a few diamonds, but it was returned nonetheless.

Jules Rimet Round One

Now, while those are interesting cases of trophies being stolen, no trophy has a more notorious history of falling victim to theft as the former World Cup trophy, the Jules Rimet trophy.

Being the original prize for winning the World Cup, this trophy called five different countries home and was stolen twice.

The first theft of the Jules Rimet happened in 1966, less than four months before the start of the England World Cup that same year. It was being exhibited at the Westminster Central Hall. The Jules Rimet had two uniformed officers guarding it around the clock as well as two undercover officers who guarded it during the day.

Despite that amount of security, on Sunday, March 20th the trophy was stolen from the exhibition. The guards responsible for its safety noticed that the display case had been forced open, as had the rear doors of the building. Someone had stolen the World Cup.

This was unprecedented and the days that followed were nothing short of chaotic. Some of the best squads from the Scotland Yard were put on the case and had to work around the clock to find the trophy.

But the laurels of the recovery did not go to the British police. The one who found the Jules Rimet was a dog named Pickles.

Yes, it was a Sunday evening in March when Pickles's owner David Corbett left his flat to make a phone call. "I put the lead on Pickles and he went over to the neighbor's car," Corbett told The Guardian about that day. "Pickles drew my attention to a package, tightly bound in newspaper, lying by the front wheel.

One thing led to another, and a dog named Pickles was the savior of the 1966 World Cup.

But that was far from being the end of the story of the Jules Rimet trophy.

In 1970, Brazil became the first national team to win three World Cups, which earned them the right to keep the Jules Rimet trophy for good. The trophy was put on display at the headquarters of the Brazilian Football Confederation in Rio.

It was even placed inside a cabinet with bulletproof glass. Why anybody would want to shoot the trophy is beside the point.

Thirteen years later, someone was smart enough to bypass the bulletproof glass. And, breaking the wooden rear of the cabinet open with a crowbar, stole the World Cup.

The theft happened during the military dictatorship in Brazil, so one could imagine how anxious the Brazilian government was to recover this trophy, which was a symbol of global excellence.

Later on, the crew responsible for the heist was discovered. Composed of a banker, a former police officer and a decorator, the gang allegedly entered the headquarters after incapacitating a nightwatchman and stole the World Cup along with two other trophies.

A fourth man was allegedly part of the group, a safecracker by the name of Antonio Setta, who admitted that he had been approached for the job but refused to take part in the heist.

He had two: Patriotism for what the Cup represented to his country, and also a personal reason. Setta said that his brother had died of a heart attack during the final match of the 1970 World Cup.

And that was the last anyone ever heard of the Jules Rimet trophy.

The Brazilian Confederation commissioned a replica of their own in 1984. This story is so famous that there is even an ESPN 30 for 30 documentary on it, as well as a few movies.

We feel for football fans that Tom Brady's jersey got stolen and we are happy to see it returned. But the only equivalent in American sports to having a World Cup stolen would be to have the Stanley Cup stolen.