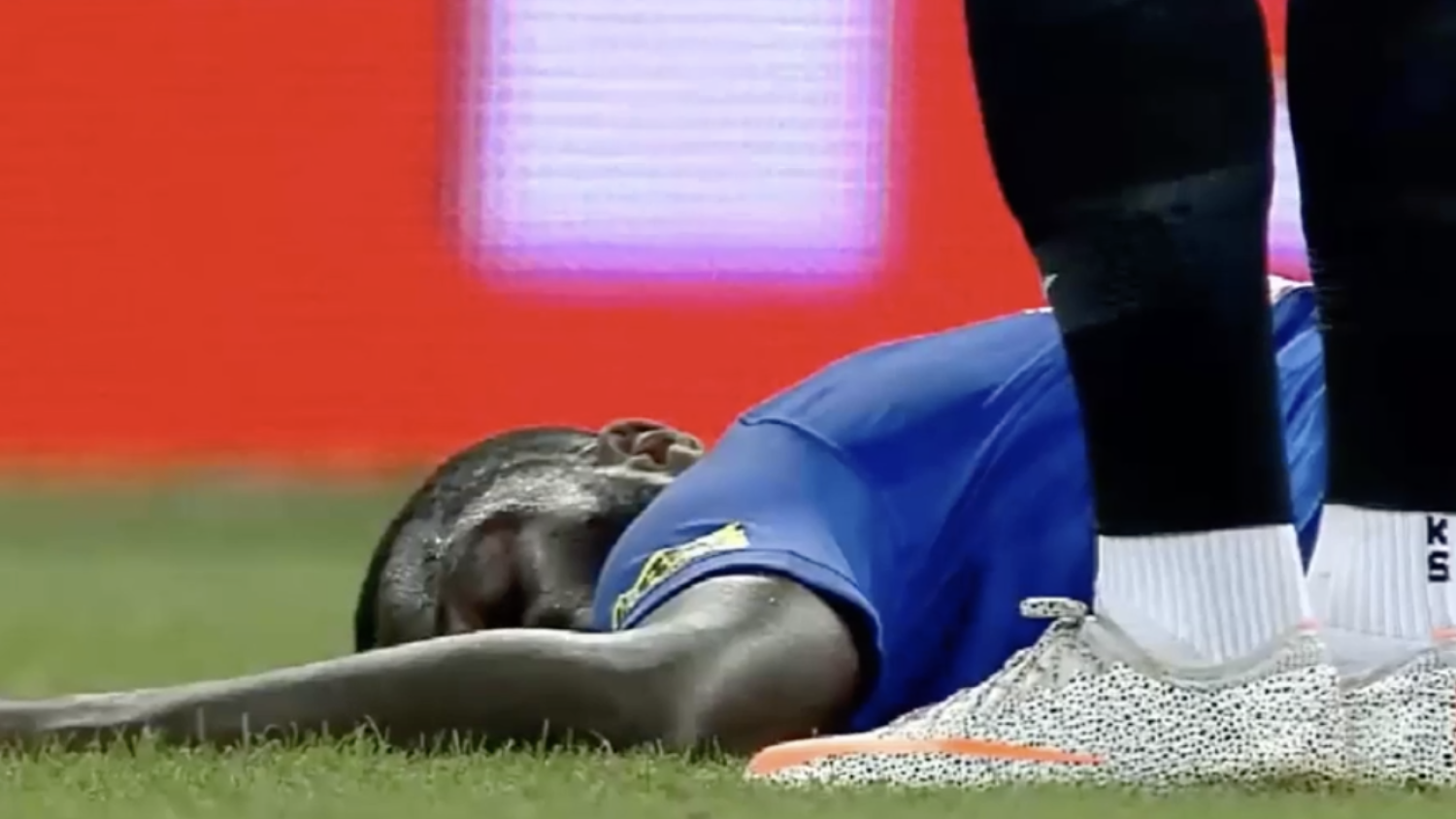 We may be laughing at this fool, but he also potentially opened up a Pandora’s box of flopping.
Streamable.com

Flopping is one of soccer’s most annoying aspects. Nothing is more of a turn-off than watching a grown adult rolling around screaming bloody murder after a little nick on the shin. The year of 2020 has been awful and with it comes what could be the worst flop ever.

In a Romanian Liga 1 match between Steaua Bucuresti and Viitorul, striker Kevin Luckassen proved to the world why he would fail acting class with the worst flop of the year.

Even Luckassen’s teammates are done with his ass. Not only does he look like an idiot, but he also ruined his team’s attack by stopping play. The video cuts short but he would get right back on the field and play the full 90 minutes.

While this video is something to laugh about with how bad of a flop this is, there are some serious concerns with these antics. A newer rule in the sport is stopping play immediately if there is a head injury to provide quick medical assistance. Luckassen may have shot his own team in the foot this time around, but what if a player feigned a head injury to stop the opposing team’s attack?

Pretending to have a head injury, let alone UNCONSCIOUSNESS, is arguably worse than taking a dive in the 18 hoping for a penalty kick. Abusing the protections set in place for concussion protocol is honestly disgraceful and should be grounds for a sending off.

In Saturday’s match between the two Romanian clubs, justice was somewhat served with Luckassen’s team losing 3-0. All that came out of his imbecilic actions were a fat loss and looking like a Key and Peele skit.