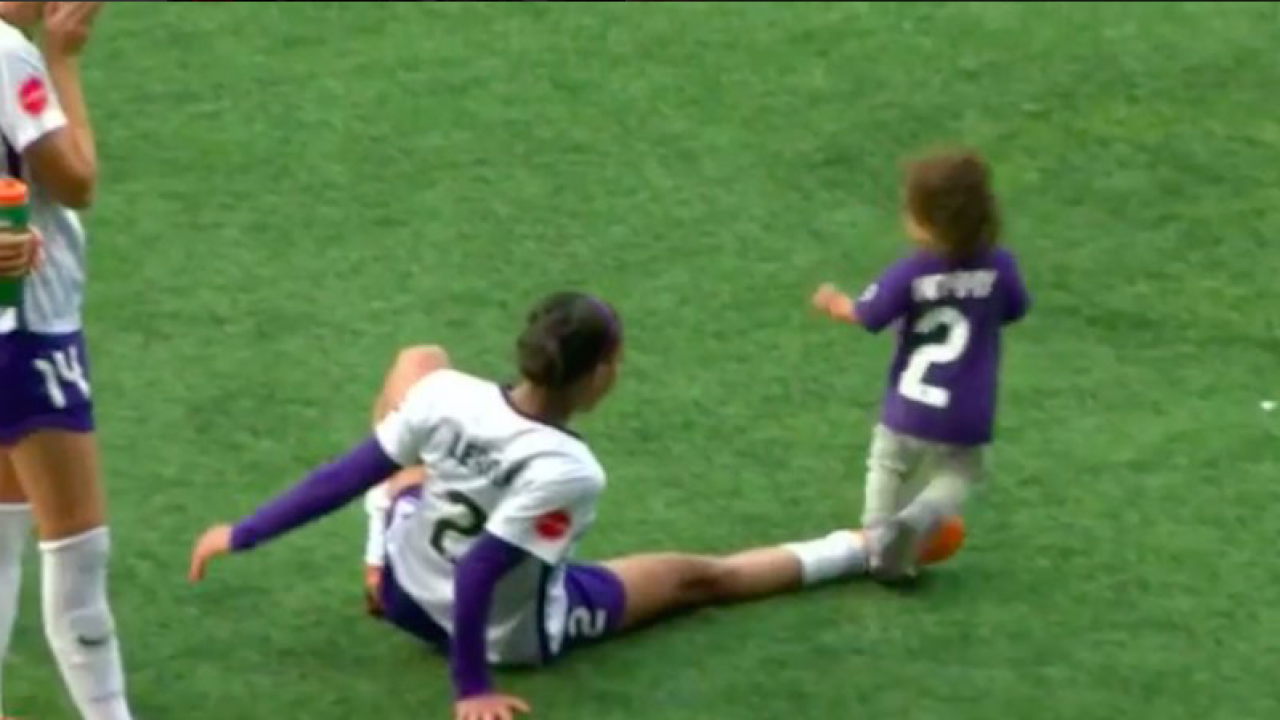 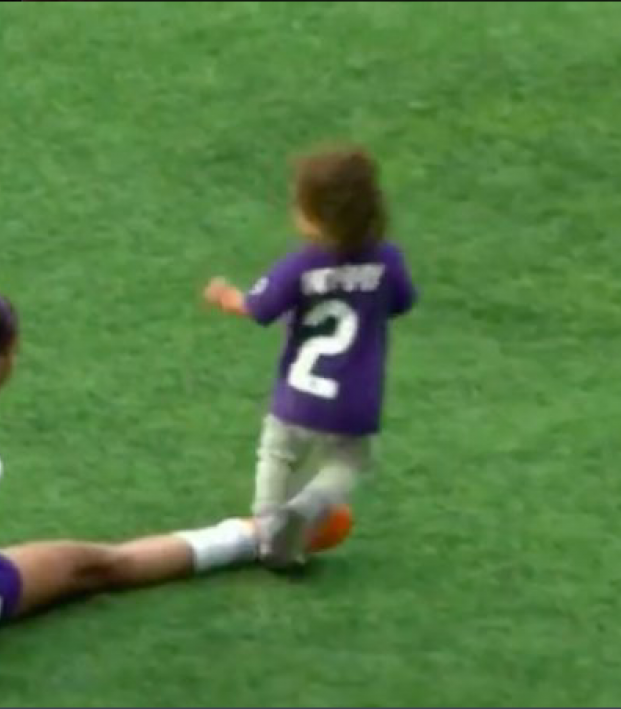 It’s been made well aware to soccer and non-soccer folks alike that Orlando husband and wife soccer stars Sydney Leroux and Dom Dwyer have an adorable son named Cassius. When they are not banging in goals for their respective teams and taking ridiculous adorable family pics, these parents are known to joke around and pull pranks on each other.

The mullet is gone. It’s all business from here on out. #firsthaircut pic.twitter.com/ZS9Ew5Qavv

On Saturday, after a 0-0 draw against Seattle, Cassius was reminded that there aren’t any safe zones when you’re in this family. Watch the joyful toddler run onto the field only to have his excitement squashed by a cruelly outstretched leg — belonging to his own mother.

That’s gotta be a card, sir. We’re happy to see he came out of the tackle unscathed.