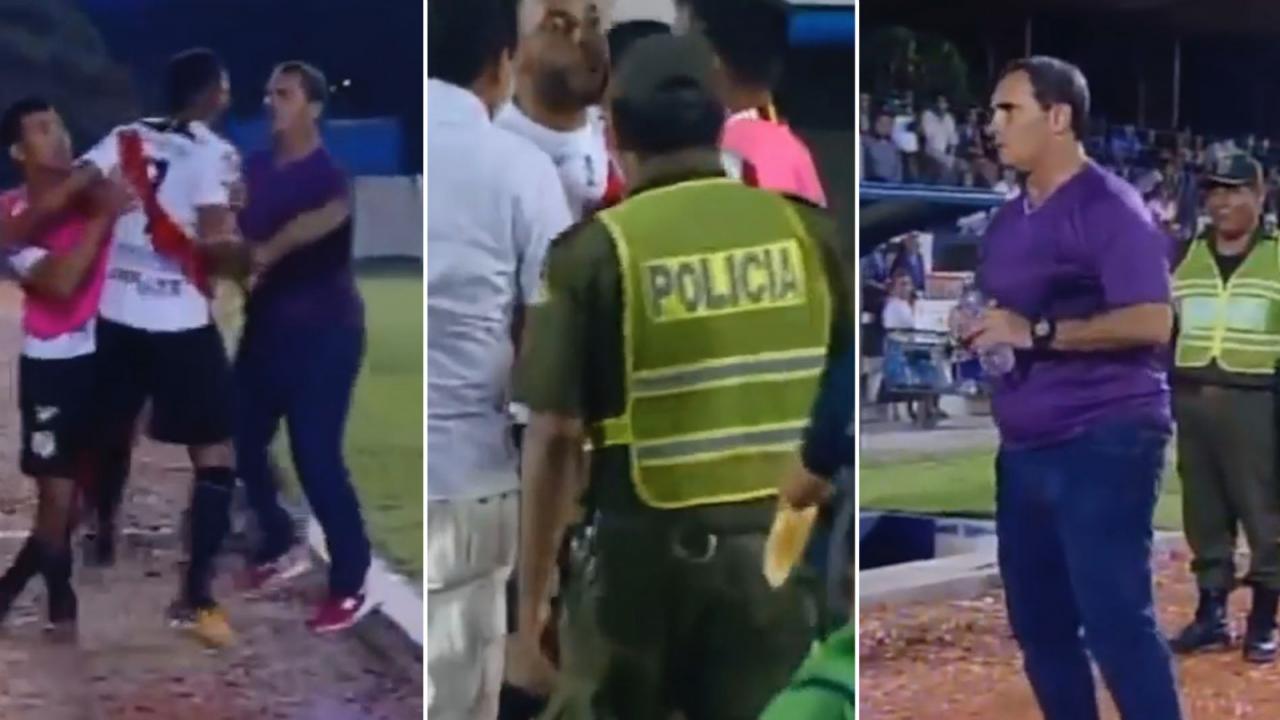 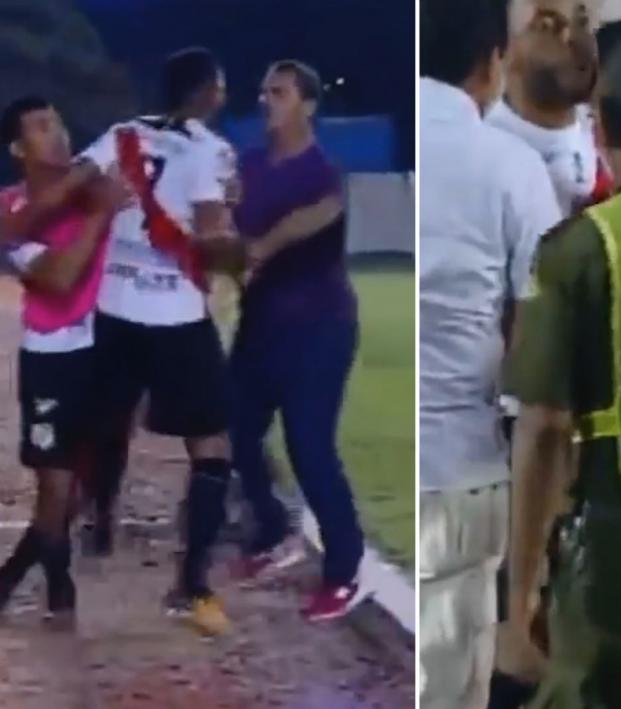 One of the most annoying things in soccer is when you get subbed off, especially when you feel like you still have a lot left in the tank. However, in recent years we have seen managers haul off players before halftime, or even just after substituting them on the field (Emmanuel Eboue against Wigan in 2008, anyone?).

Well, for Brazilian striker Thiago dos Santos, he was not a happy chap. He was substituted off in just the 34th minute of his match in the Bolivian league between Nacional Potosi (dos Santos’ club) and Sport Boys. As soon as his number went up on the substitution board, all hell broke loose. Dos Santos immediately made a beeline for his manager and had to be restrained by his teammates. Nacional Potosi ended up losing the game 4-0, as the players were definitely affected by the incident.

The result of dos Santos’ little dummy spit? He is being released by his club. Nacional Potosi president Wilfredo Condori said, “he will leave, more so because he will not be available to play for us as it’s a fact he will be given a harsh punishment.” So long and farewell Mr. dos Santos, don’t let the door hit you on the way out.