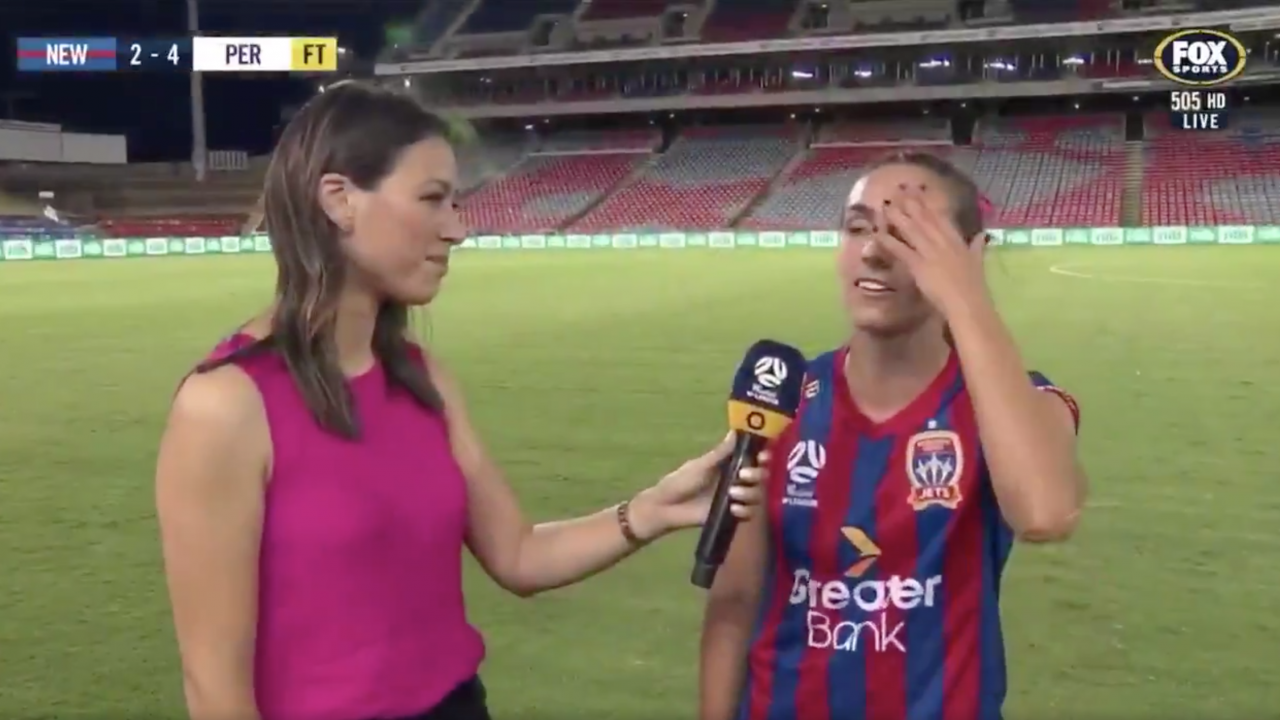 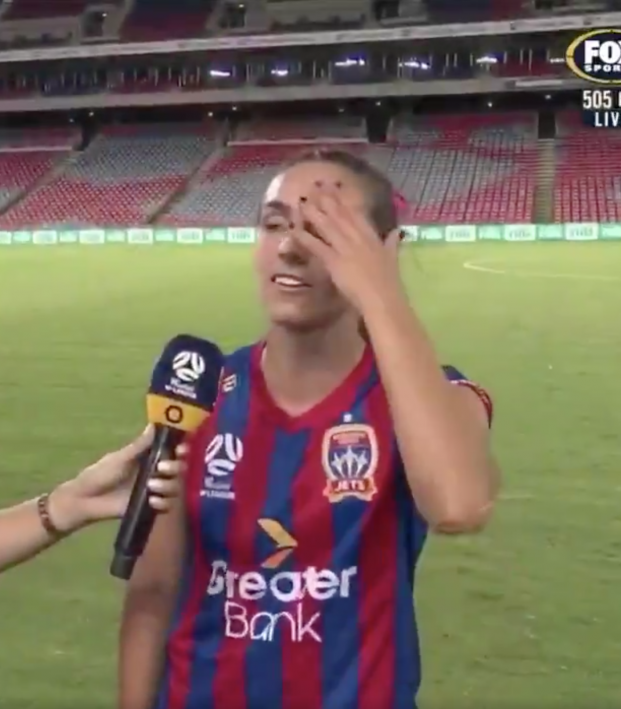 Tessa Tamplin is one of our new favorite players in the game. Like compatriot Sam Kerr, she doesn’t give a fuck what she says on camera.

On Thursday, the Newcastle Jets suffered a 4-2 defeat to the Perth Glory in the W-League. It wasn’t exactly a great game for the Jets, who have lost seven straight and sit eighth out of nine teams.

But Tamplin provided a bit of levity both during and after the match for Newcastle.

With 15 minutes to go, the fullback let fly on a cross toward the box. Immediately, the 18-year-old turned her head in disgust with her attempt. You can clearly see her scream “fuck” in frustration, not even watching as her cross sailed perfectly into the top-right corner for a cracking goal.

Doesn't matter if you meant it or not when it's a banger from some 40 yards out  What a goal from Tessa Tamplin! #NEWvPER #WLeague #MadeOfNewcastle pic.twitter.com/96roY3wVrJ

After the match, she was able to laugh about it during a brilliant postgame interview.

post game interviews do not get much better than this #WLeague pic.twitter.com/yluKba79lH

I love that both the interviewer and Tamplin were able to laugh about the bit of profanity, made all the better with the Australian accents. I love even more that Tamplin replaces one piece of profanity with another. Some people would have freaked the fuck out over an F-bomb dropped on camera, but the interviewer just carried on, business as usual.

Personally, I’ve long been a proponent for using non-discriminatory profanity. Why should we put limits our vocabulary? My bosses may disagree, but fuck it, people like to cuss, especially young people on a soccer field. Plus, studies show profanity can be a good thing.

Anyway, we hope to see more Tessa Tamplin in the future. Perhaps she follows the current exodus of Australians to England or maybe she’ll come to the NWSL one day (unlikely given the current status of the American league, but we can hope).