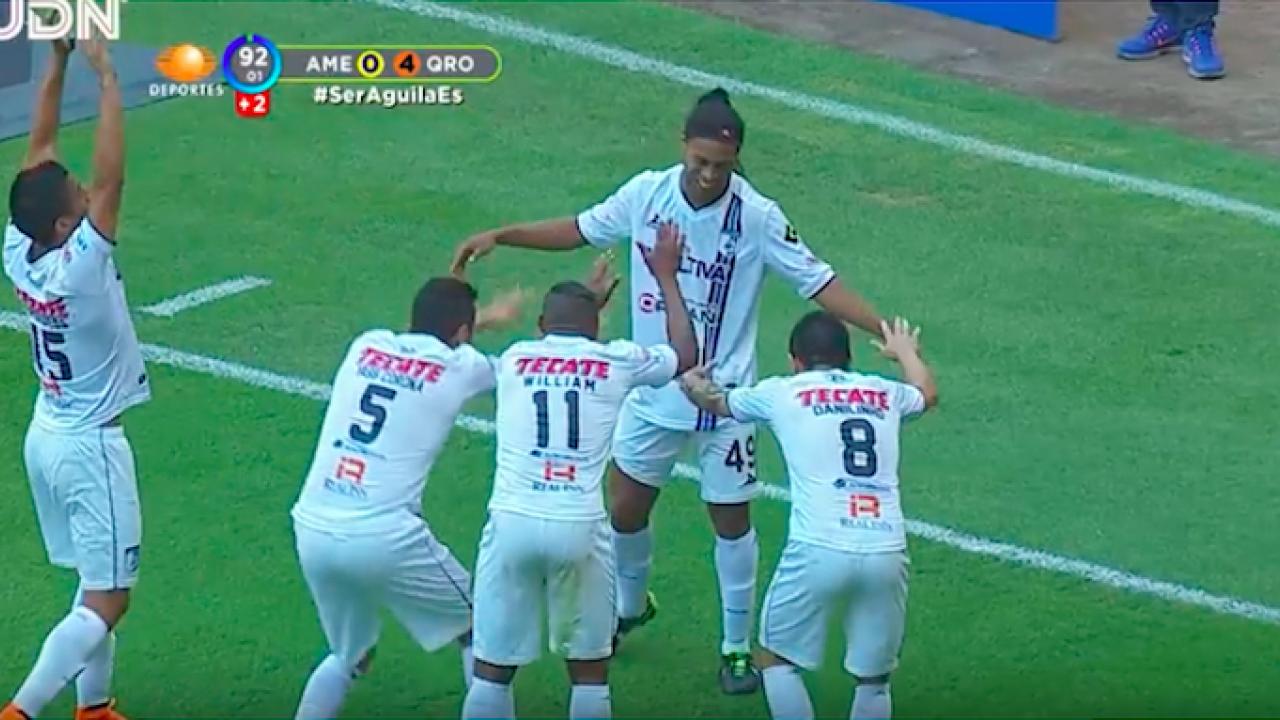 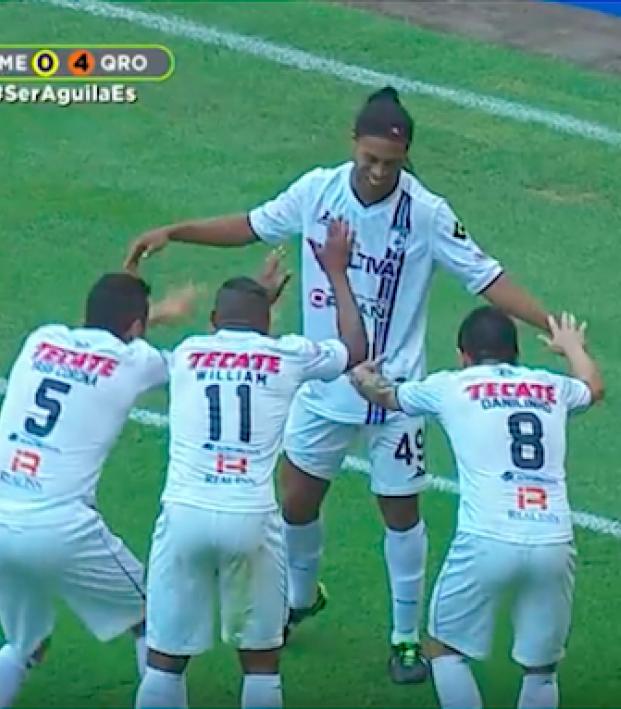 Ronaldinho’s Final Moment Of Magic: Destroying América And Getting Standing O From The Azteca

The last major stint of Ronaldinho’s legendary career was the nine months he spent with Querétaro in Liga MX. At the age of 35, the Brazilian certainly wasn’t as mobile or explosive as he’d been a decade prior when winning the Ballon d’Or with Barcelona, but his ability on the ball remained unparalleled.

So it's perhaps fitting that his greatest moment in Mexico was a seven-minute cameo that served to placate the paying audience inside Club América’s Estadio Azteca on April 19, 2015.

It’d not been a great Clausura season for Ronaldinho up until this point. He'd provided three assists in eight appearances but hadn't managed a goal while los Gallos Blancos found themselves outside the liguilla positions.

But with Querétaro leading América 2-0 in the 83rd minute, manager Víctor Vucetich made his final substitution by replacing Mario Osuna with the man Americanistas came to see.

Ronaldinho entered the game as any showman might: soaking up the adulation, giving a cheeky wink and telling his comrades that they’re going with two up top — himself and whoever cared to join.

Then, for over two minutes, nothing. Ronaldinho couldn't get a touch with América looking for a way back into the match.

But then, in the 86th minute, Danilinho suddenly finds himself streaking free in América’s half with only his compatriot for company. The Brazilian journeyman — who played a large role in getting Ronaldinho to come to Mexico — drives into the box, unselfishly squares it and Dinho’s first touch is a finish through Hugo González’s legs.

The Brazilian shrugs at the Azteca and gives thanks to his provider. He’s gone from giving piggybacks to Lionel Messi to Danilinho.

His second touch is a short pass. His third, fourth, fifth, sixth and seventh touches humiliate two defenders before drawing a foul. You’ve never heard a home crowd more appreciative of a ref whistling for a foul against their side. The Azteca loves it.

With the score at 3-0 and little time remaining, you can see fans starts to head up the aisles before dawdling outside the concourse. They know it’s over, but they can’t force themselves to quit when there’s the possibility of one more touch from Ronaldinho.

With 25 second remaining of the added two minutes, the Brazilian delivers.

After coming short to receive possession, Ronaldinho exchanges a quick one-two with Ángel Sepúlveda near the top of the box and then disguises a shot inside the near post that, of course, goes through a defender’s legs en route to goal.

Another shrug, a pump of the fist and a knowing smirk. The Azteca rises to its feet to give Ronaldinho an ovation — much like the Santiago Bernabéu applauded him in 2005 — and the No. 49 responds with a bow and a samba while the ref whistles for full-time.

“It is an emotion to live more,” said Ronaldinho after the game. “I had an ovation at the Bernabéu and now here. I never imagined this. It is something that makes me like Mexico even more and I feel right at home.”

The win helped propel Querétaro into the Clausura playoffs, where los Gallos Blancos would advance all the way to the final before losing 5-3 on aggregate to Santos Laguna in Ronaldinho’s final appearances for the club.