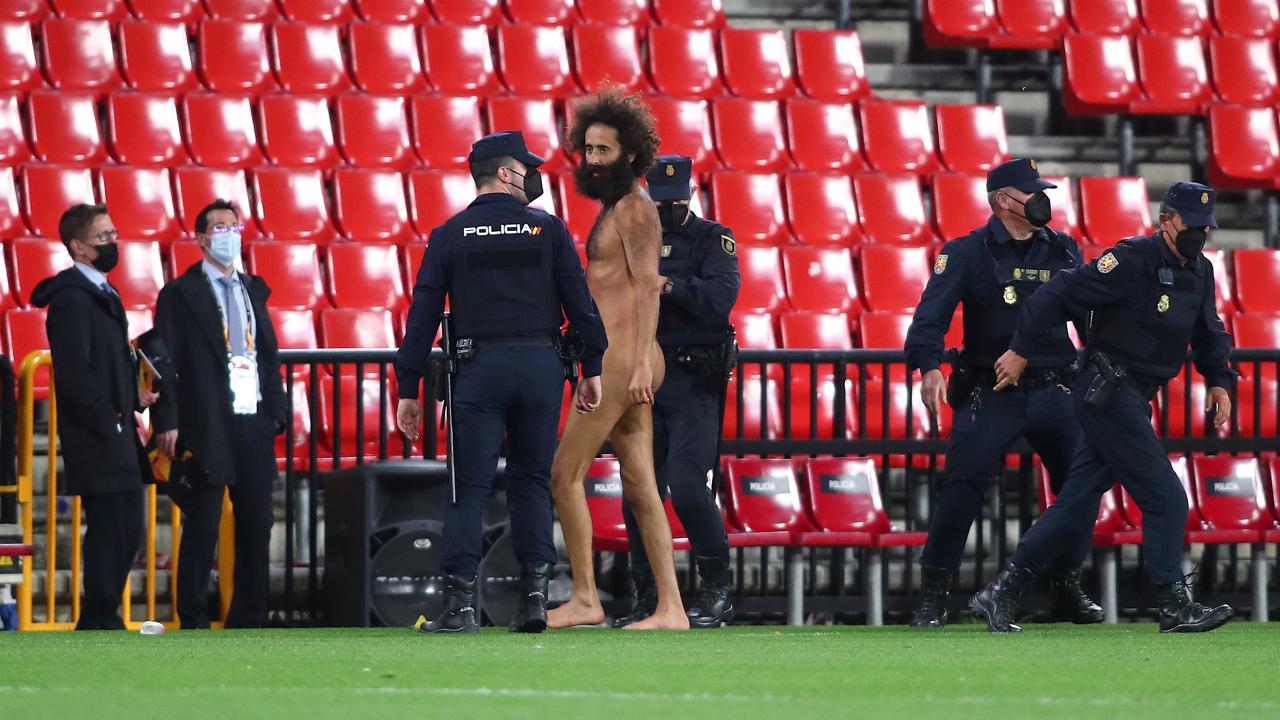 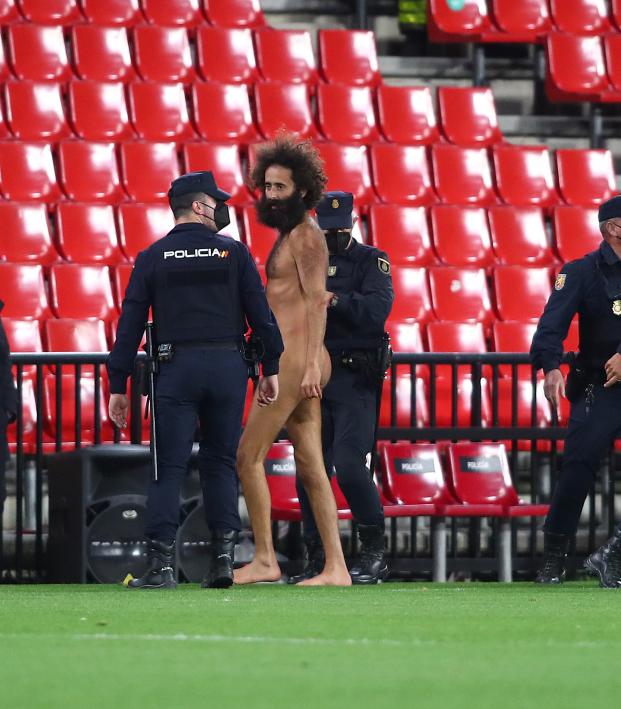 ‘The Nude Man Of Granada’ Shows His Cojones To Manchester United

It’s always somewhat perplexing as to how streakers gain access to the field during professional sporting events.

But doing it when football matches are being played behind closed doors and with the security that entails? That’s outrageous. And doing it in an empty stadium when it’s the most important match in the home side’s 89-year history? Well that’s unbelievable.

And how about meeting all the above criteria but also doing it when your name around town is “The Nude Man of Granada”? That’s a miracle on grass.

During the sixth-minute of Granada’s Europa League quarterfinal first leg against Manchester United, that’s exactly who the world was introduced to as Olmo García jauntily made his way across the field from the far sideline — arms outstretched like Eric Cantona — before rolling around the glorious turf of Los Cármenes.

How the fuck did he get in pic.twitter.com/uDPeaNJHIn

A naked man just ran across the pitch and rolled around. I didn’t realise it was so cold. And he’s not using Manscaped. pic.twitter.com/d7H5CzNkxl

So a streaker interrupted Granada v Man Utd. He was naked... except for wearing a mask pic.twitter.com/a5NzpDmWBF

If you want to see a bunch more nude photos of this man (and why not!) go ahead and Google “Olmo Garcia Granada” and you’ll see that this is truly nothing new.

According to an article in The Seaside Gazette from 2016, García’s “nudity in public places is a manifestation of his desire for world peace.” It’s also a manifestation that’s gotten him charged with “obscene exhibition” several times. 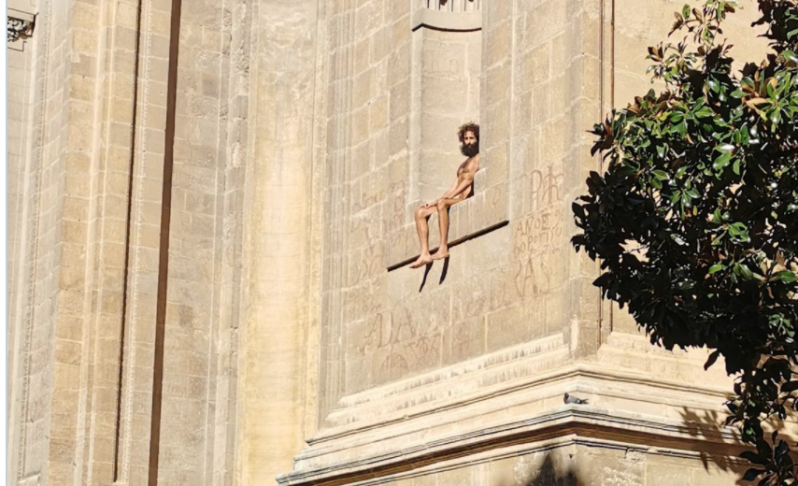 Marcus Rashford was guilty of a little “obscene exhibition” of his own in the 31st minute.

The ball from Victor Lindelof.

The touch and finish from Marcus Rashford pic.twitter.com/5xkmAbdqTL