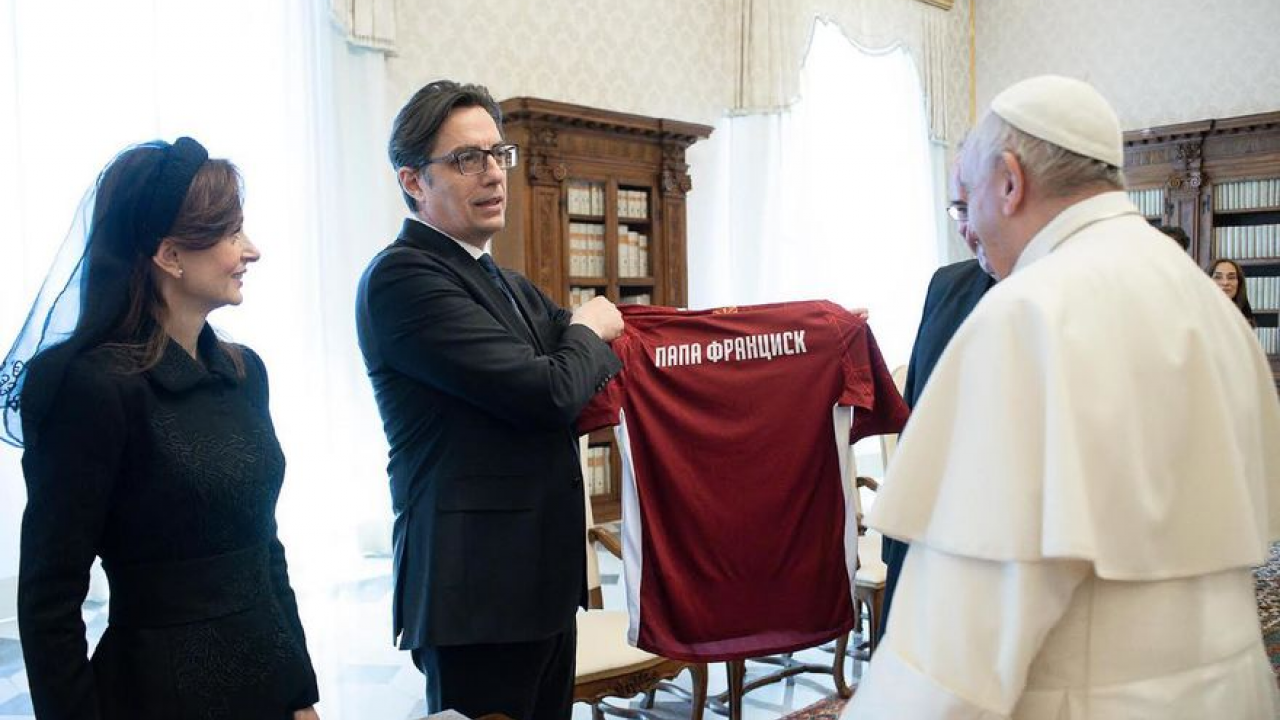 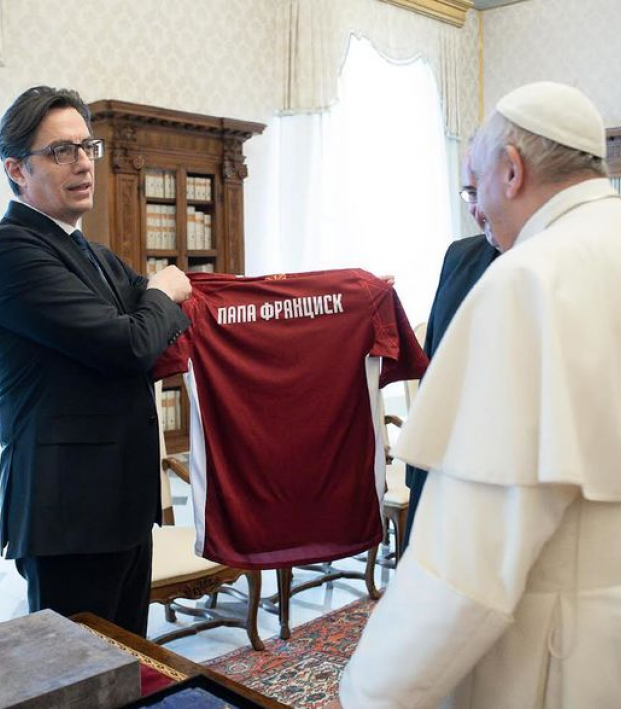 I made a promise that I would provide The18’s readers with all things North Macedonia ahead of the country’s first European Championship. I plan to stick to my word and share with you the North Macedonia Euro kit that didn’t even last a week before it was changed.

For those unfamiliar with North Macedonia’s flag, here’s a refresher. 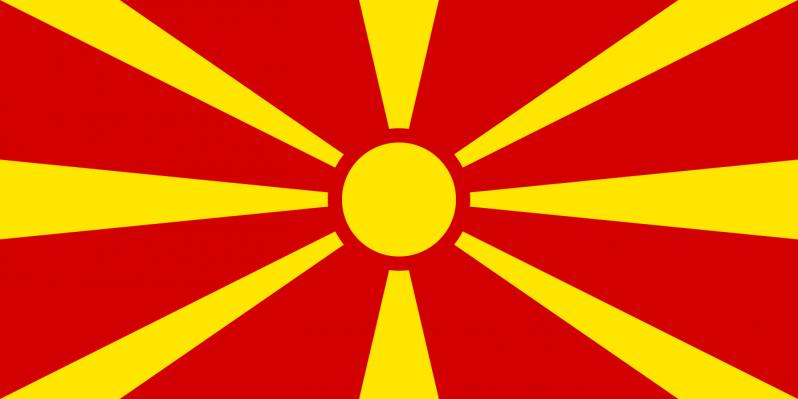 The unique design opens up bountiful avenues of artistic ideas for the national team’s jerseys. North Macedonia typically rocks these bad boys when playing at the international level.

If this team gets out of the group stage, then I promise I will buy one of these.

Fans eagerly waited to see what attire the small Balkan nation would wear for its maiden major tournament. Pope Francis was one of the first people to get a glimpse of The Lynxes’ Euro kits. His face can’t be fully seen, but he probably wasn’t thrilled at the steaming piles of rubbish being displayed before him.

The Macedonian president presented Pope Francis with the new NT jersey today. Only the back of the jersey was released as an official photo. However, journalists also got a look at the front while it was laying on a table.

Odd color. It looks more like what Portugal would wear. pic.twitter.com/Z1GggWGBOD

The North Macedonia Euro kit reveal was met with fierce backlash. You can see what the designers were going for, but it didn’t come out right. 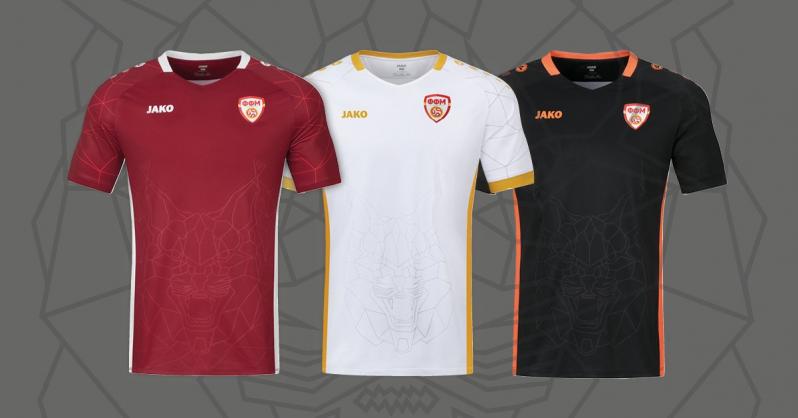 For starters, the red kits are far too dark. The color looks like it would be from some Walmart Portugal jerseys. The Lynx outline gets worse with each jersey color.

The national team issued an apology to fans and quickly announced the team would revert to the original jerseys.

After the uproar over the new maroon/burgundy jersey, FFM has backtracked and will go back to the old jerseys for EURO 2020.

Muamed Sejdini, the FFM president, posted the below message on his Facebook which was then picked up by the official facebook page of FFM. pic.twitter.com/NLHhx6tebP

North Macedonia sported the original look during the team’s friendly against Slovenia on Tuesday. This team might be one of the biggest underdogs in Euro history, but I think they will surprise some people.

Watch this Elif Elmas goal against Slovenia. This team has potential.

A 97th minute equalizer denied North Macedonia the victory, but the performance and jerseys both looked solid.

If any more North Macedonia updates occur, you know where to find me.