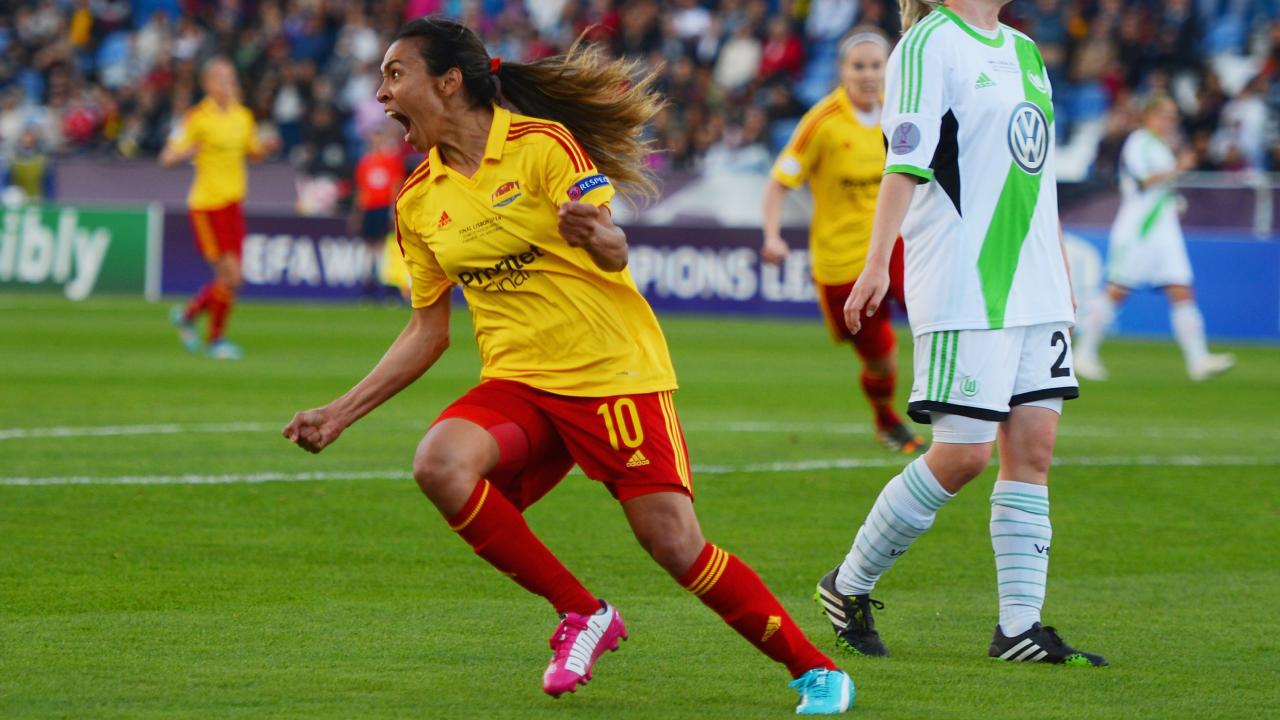 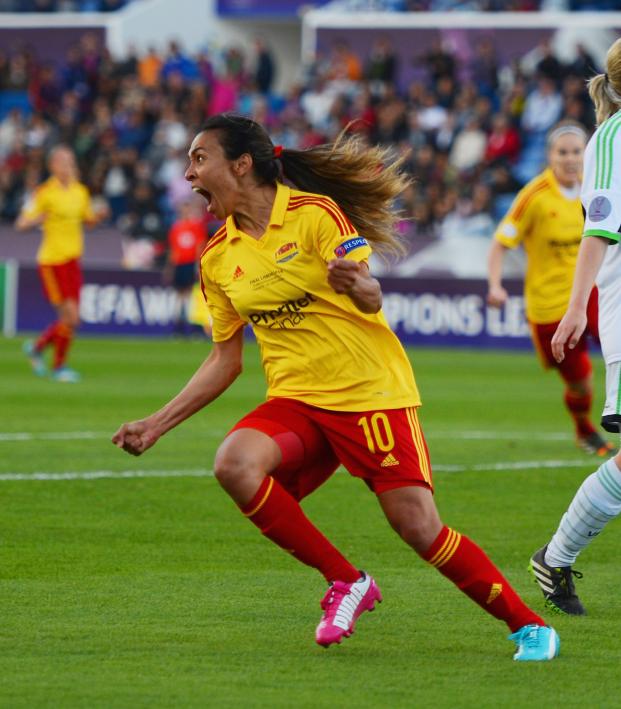 Was Marta’s 2014 UWCL Final Performance The Best Ever For A Losing Team?

History is written by the victors. When you reminisce about the biggest finals of recent times, you’re likely thinking of players like Megan Rapinoe at the 2019 World Cup, Kylian Mbappé in 2018, Carli Lloyd in 2015 or Mario Götze in 2014.

But there are those rare instances when an individual’s performance on the losing team — for better (Zinedine Zidane in 2006) or worse (Loris Karius in 2018) — lives just as vividly in the memory.

One such example of this that’s been unfairly forgotten through the passage of time is Marta’s virtuoso performance in Tyresö’s 4-3 defeat to Wolfsburg in the 2014 UEFA Women’s Champions League Final.

Heading into the game, Wolfsburg had still yet to lose a Champions League match in club history. They’d made their debut the previous season and ultimately triumphed over Lyon in the final, and now Die Wölfinnen eyed a second title led by the likes of Alexandra Popp, Nilla Fischer, Martina Müller, Lena Goeßling and Nadine Kessler.

Their opponent was Sweden’s Tyresö, which had assembled a squad of Galácticos, including Caroline Seger, Marta, Spain’s Verónica Boquete and the USWNT trio of Christen Press, Meghan Klingenberg and Whitney Engen.

But this approach had already turned into a financial disaster with the bankruptcy of the club’s parent joint-stock company — a number of players and staff had already departed in the winter transfer window — but all the stars remained for one last hurrah.

A crowd of 11,217 at Estádio do Restelo in Lisbon was brought to its feet in the 28th minute when Marta scored the game’s opening goal. After Boquete won possession in Wolfsburg’s third, the midfielder immediately fed Marta 25 yards from goal.

The Brazilian controlled the pass with her left foot and shaped to shoot but instead poetically swiveled beyond her marker before bursting into the area between two more Wolfsburg defenders. She then used her right to side-foot an effort back across goal and inside the far post.

Two minutes later, a mesmerizing run from Press ended with a cross that allowed Boquete to stab home from close range.

That 2-0 Tyresö lead would evaporate in the first eight minutes of the second half after a Popp header and Müller finish.

With Tyresö on the ropes, Marta scored an even better goal than her first in the 56th minute to restore her side's lead.

The Brazilian let a headed pass from Boquete run across her body and into the box while shielding a defender, and then she quickly executed a Cruyff Turn to shift the ball onto her right foot, work some space and curl an outrageous effort just inside the far post.

But it would end in heartbreak after Verena Schweers leveled for Wolfsburg in the 68th minute before Müller’s dramatic 80th-minute winner.

“We played a fantastic first half,” Marta said after the match. “We always defended well and scored two goals. In the second half we didn’t have the same drive that we started with. We were maybe a bit disconnected from the match, and in a final something like that can’t happen. We conceded two very cheap goals — very easy — and we ended up conceding a third goal from hesitation. These things happen.

“It leaves us a bit sad, because we would have liked to finished this cycle with Tyresö with a success, to win the Champions League. But for us players, in a way, to go as far as we did, with so many difficulties, so many problems that we had during the whole route, I think it’s already a great success. It’s something special, and this group, without a doubt, is to be congratulated.”