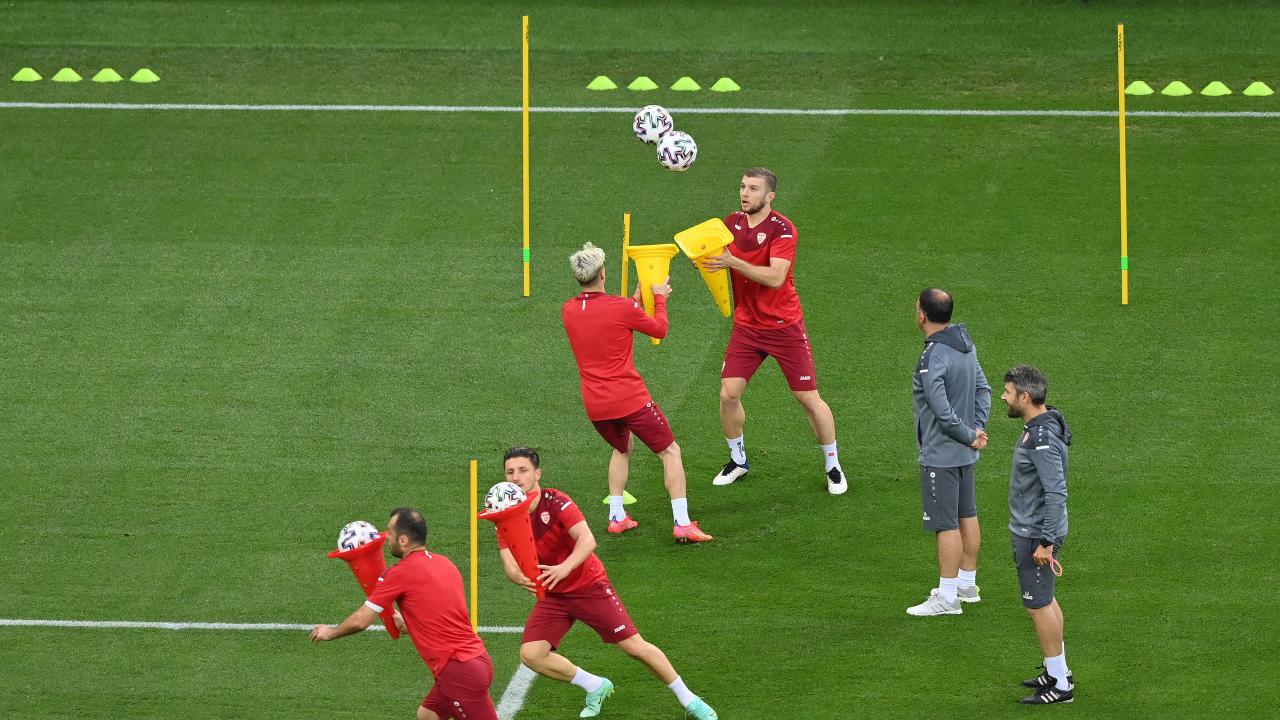 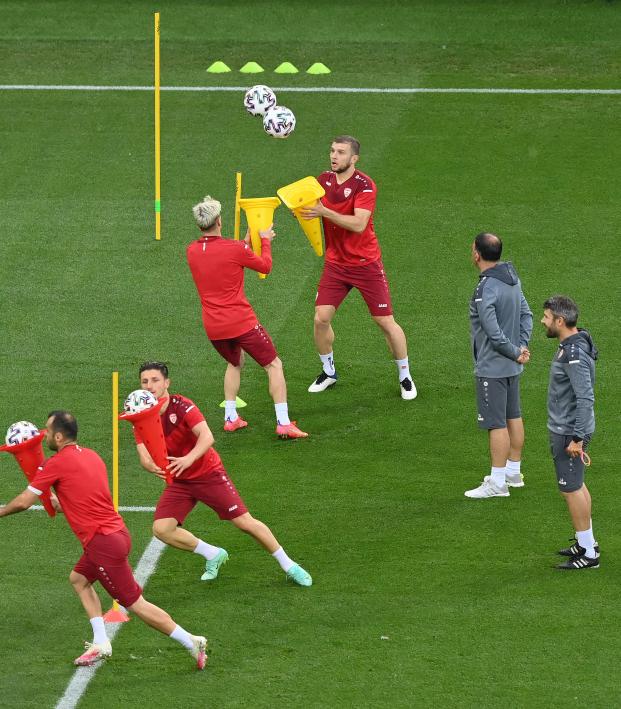 North Macedonia Gets Cone Of Shame After Obscure Training Routine

Looking at North Macedonia's obscure warmups heading into its match against Ukraine, there is no surprise it later lost. As fun as it looked, with the players racing up the pitch and passing the ball between each other using upturned cones, it didn't seem like the appropriate warmup for the Euro 2020 Group C match on Thursday.

During training on Wednesday, the North Macedonia team was doing things a little differently. With a new cone race edition for training, the minnows shocked everyone. This new type of training might have done more to bring out smiles from players to fans than prepare them for the match. With the start time coming closer and tensions rising the day before the match, you could find North Macedonia players racing up the pitch like children. It looked like they were having the time of their lives.

It didn't end up working out for North Macedonia as it couldn't find the equalizer against Ukraine and ended up losing the match 2-1 on Thursday. But if the winner was decided by who had more fun during training, North Macedonia would take the cake every time. Fans were even calling for encores of the training after the match.

I really wish the training did something super human for the team and the players came out like never before, similar to the way the Tune Squad reacted to MJ's secret sauce, proving to everyone that the cone race pre-game drills are the next big thing.

Fortunately, North Macedonia has most likely just one more match to show the world its unique training styles. They will have to focus more on the cone racing if they want to have a chance against the Netherlands on June 21.