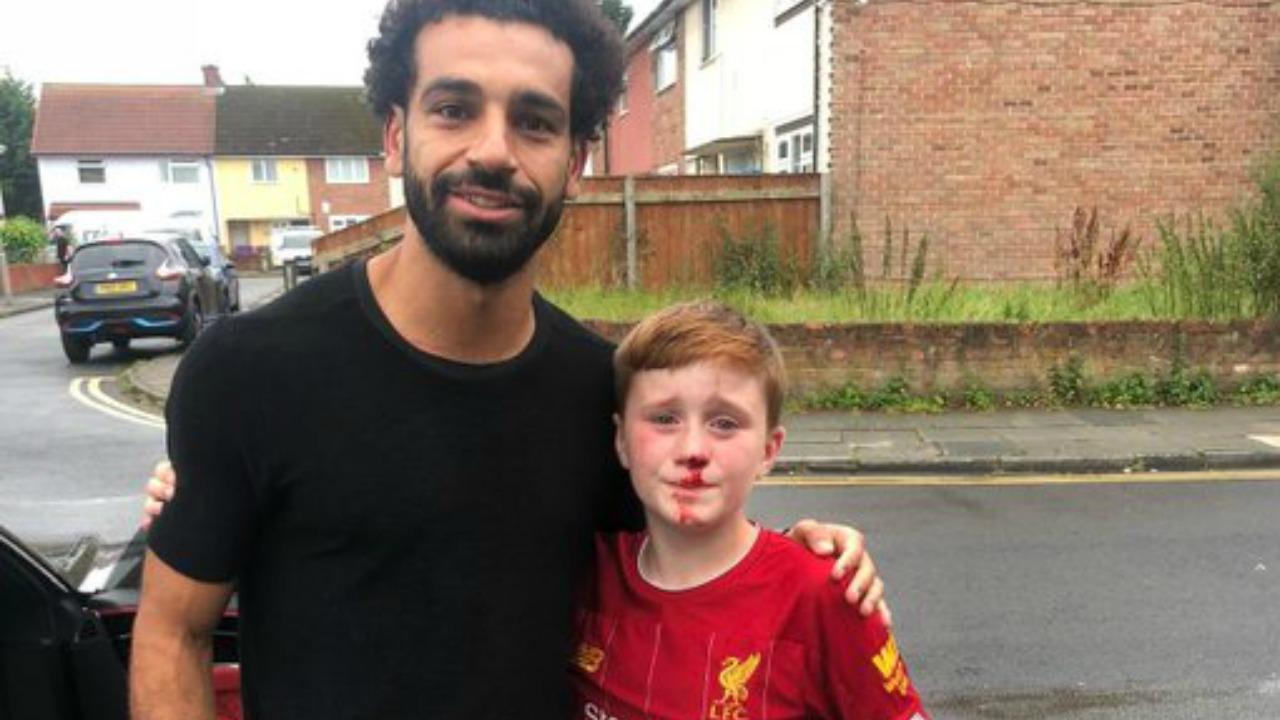 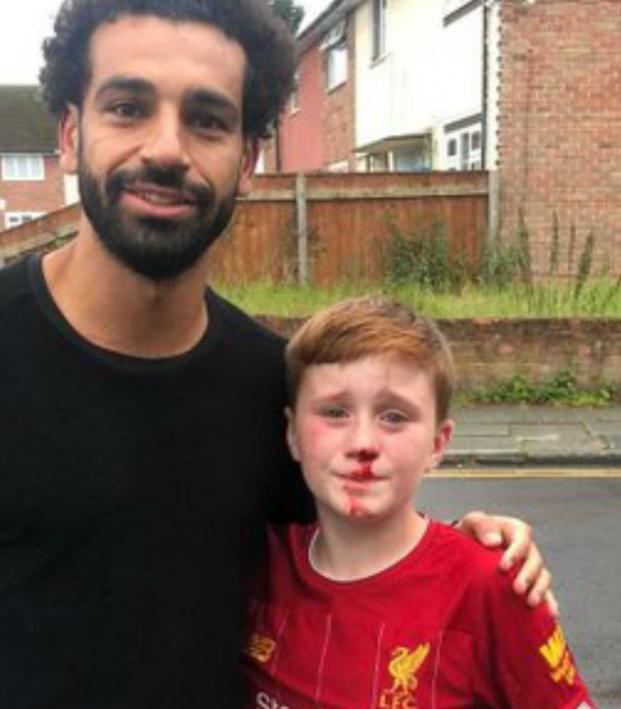 Boy Gets Mo Salah’s Attention By Running Into Lamp Post, Breaking Nose And Knocking Self Out

This past weekend, a photo emerged on Twitter of a bloodied young Liverpool supporter standing next to star attacker Mohamed Salah. That child is 11-year-old Reds supporter Louis Fowler, who’d spotted Salah leaving Liverpool’s Melwood training ground in his car and attempted to keep pace with the vehicle while waving at the Egyptian.

Unfortunately for Louis, in his heightened state of distraction he ran directly into a lamp post, knocking himself out and breaking his nose in the process.

Luckily for Louis, Salah saw the accident, turned his car around and went to make sure that he was OK. This is where the photo happened.

@MoSalah thank you for coming back to check on my boys after Louis KO’d himself trying to get a wave! He loves you so much and the pain went away instantly when you came to give them a hug. A nose reset worth well worth it he said. You are a top man and a true gent! #EgyptianKing pic.twitter.com/wrmHc4vxB9

“We live just opposite Melwood and the two boys have been spending their holidays trying to get pictures of their heroes,” said stepfather Joe Cooper. “Mo Salah was one of the last ones to come out and the boys were waving at him in a bid to catch his attention. Unfortunately Louis went straight into a lamp post while running after the car and busted his nose when he hit the floor.

“He’d seen one of the boys had hurt himself and he had the decency to drive back into the close to check that he was OK. It was a touch of class on Mo Salah’s part to turn round and actively come looking for the boys. He was really apologetic and saying sorry for something that wasn’t his fault. Mo Salah is their hero and the boys were made up.”

Louis later had his nose reset at the local children’s hospital and then appeared on Good Morning Britain to talk about the accident.