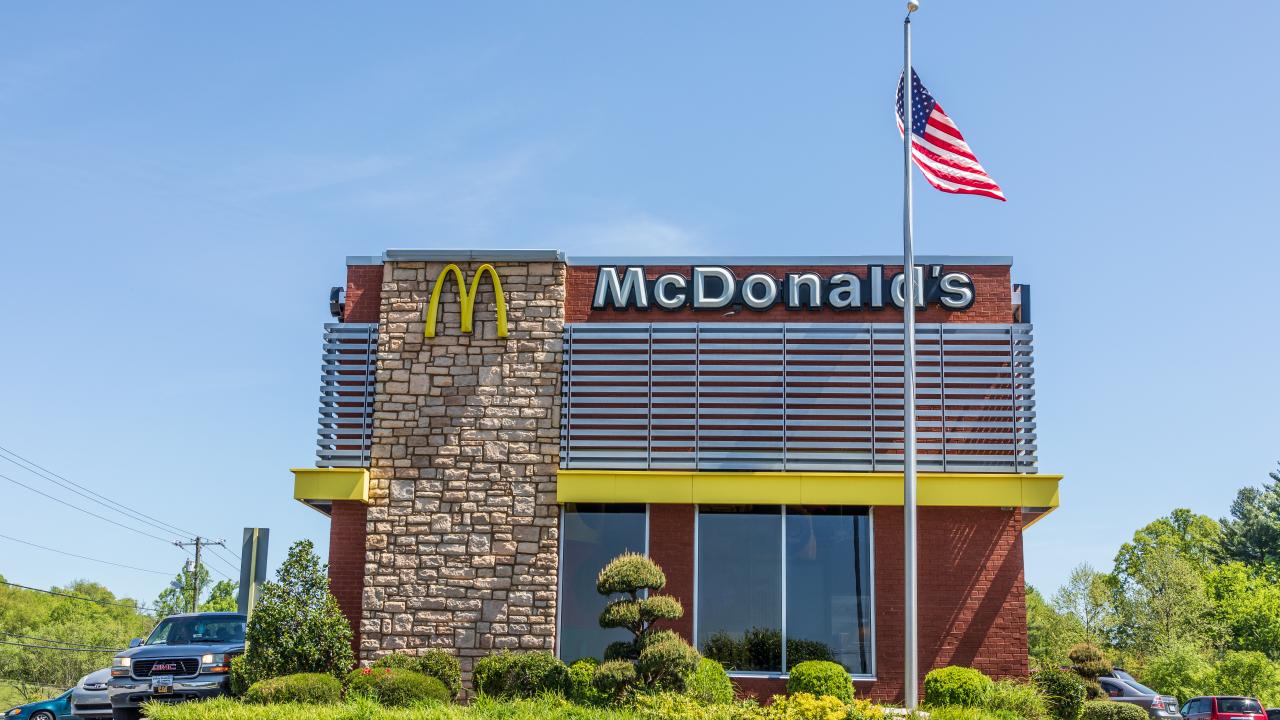 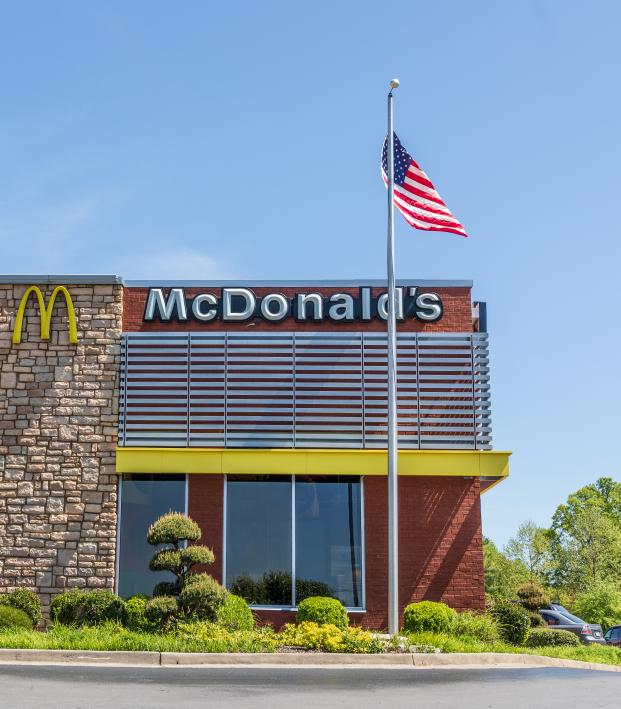 What Does An MLS Club’s Distance To A McDonald’s Say About Its Success? More Than You Might Think

There is nothing more American than a McDonald’s apple pie and Major League Soccer. Probably. But is there a correlation between MLS success and a club’s proximity to McDonald’s? Let’s take a closer look.

There are around 14,000 McDonald’s restaurants in the United States. So it’s no surprise every MLS stadium falls within four miles of a Big Mac and fries. We took a look at every MLS club and its proximity to the closest McDonald’s and found some interesting trends.

For our study, we looked at the stadiums in use for the 2020 season. Because this is America, we used driving distance, in miles. Somewhat surprisingly, there are no McDonald’s inside current MLS stadiums.

We compared the distance to McDonald’s to points per game (through 2019), goals per season (through 2019) and MLS Cups titles. We included expansion clubs Inter Miami and Nashville SC on our list despite the fact they’re playing in temporary homes and have no prior stats to pull from just for the sake of inclusiveness.

The Philadelphia Union’s Subaru Park is the farthest away from a McDonald’s at 3.4 miles; Minnesota United’s Allianz Field and NYCFC’s Yankee Stadium are closest at 0.3 miles. The average distance for an MLS stadium to a McDonald’s is 1.38 miles.

The first thing that jumps out is that MLS clubs that are not near McDonald’s are historically less successful. Ignoring Nashville, the five clubs farthest from McDonald’s are below average, including the league-worst FC Cincinnati (admittedly skewed by playing in far fewer seasons). Only one of the bottom five has won an MLS Cup, the Colorado Rapids (2.8 miles away), who have the second-worst goals-per-season total, only ahead of FC Cincinnati. And only FC Dallas has an above-average points-per-game total.

On the other end of the spectrum there’s similar correlation. Four of the five closest clubs are in the top half in goals per season and three of the five are in the top half in points per game. LAFC, at fifth closest (0.6 miles away), has a league-best rate of points per game and goals per season, albeit in fewer seasons than most clubs. But like the bottom five, there’s only one MLS Cup title among the top five, that coming from the Portland Timbers (0.4 miles away).

It appears, then, that there is a sweet spot for distance to a McDonald’s for the most MLS Cup success; clubs an average distance away from a McDonald’s have the most league titles.

Of the league’s 24 titles, 18 have been won by the clubs ranked 12 to 20 in distance to a McDonald’s. The 1.3-1.5 distance appears to be the real sweet spot, with five of the six clubs in that range all winning titles, including 13 total championships.

The two most successful clubs of all time — the LA Galaxy with five and D.C. United with four — are 1.5 and 1.4 miles away from a McDonald’s, respectively.

Here’s how our data worked out in full so you can see the relationships between MLS success and McDonald’s proximity. 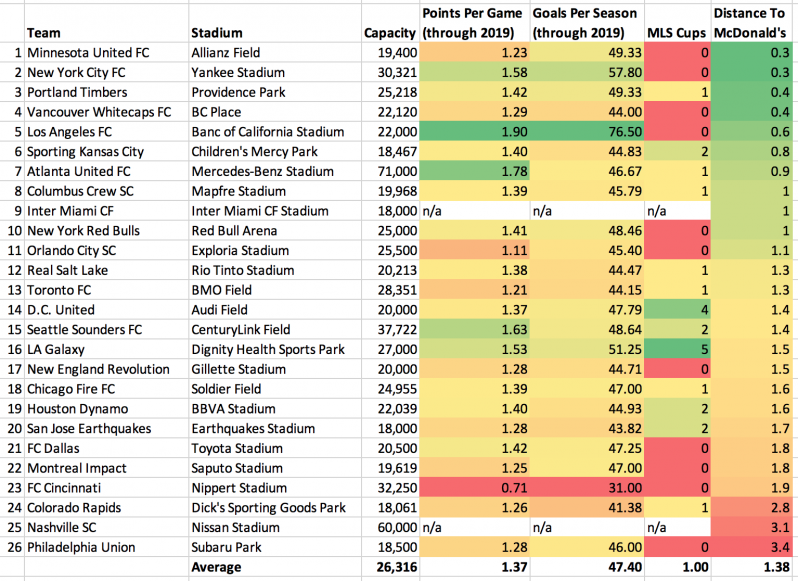 We should admit that none of this is scientific; none of these correlations are causal. But when almost all soccer has been postponed by the coronavirus pandemic, we do what we can to entertain you and ourselves.

(H/T to this brilliantly dumb post on reddit looking for correlation between Bundesliga clubs’ position in the table to proximity to doner kebab stores, which inspired this article.)