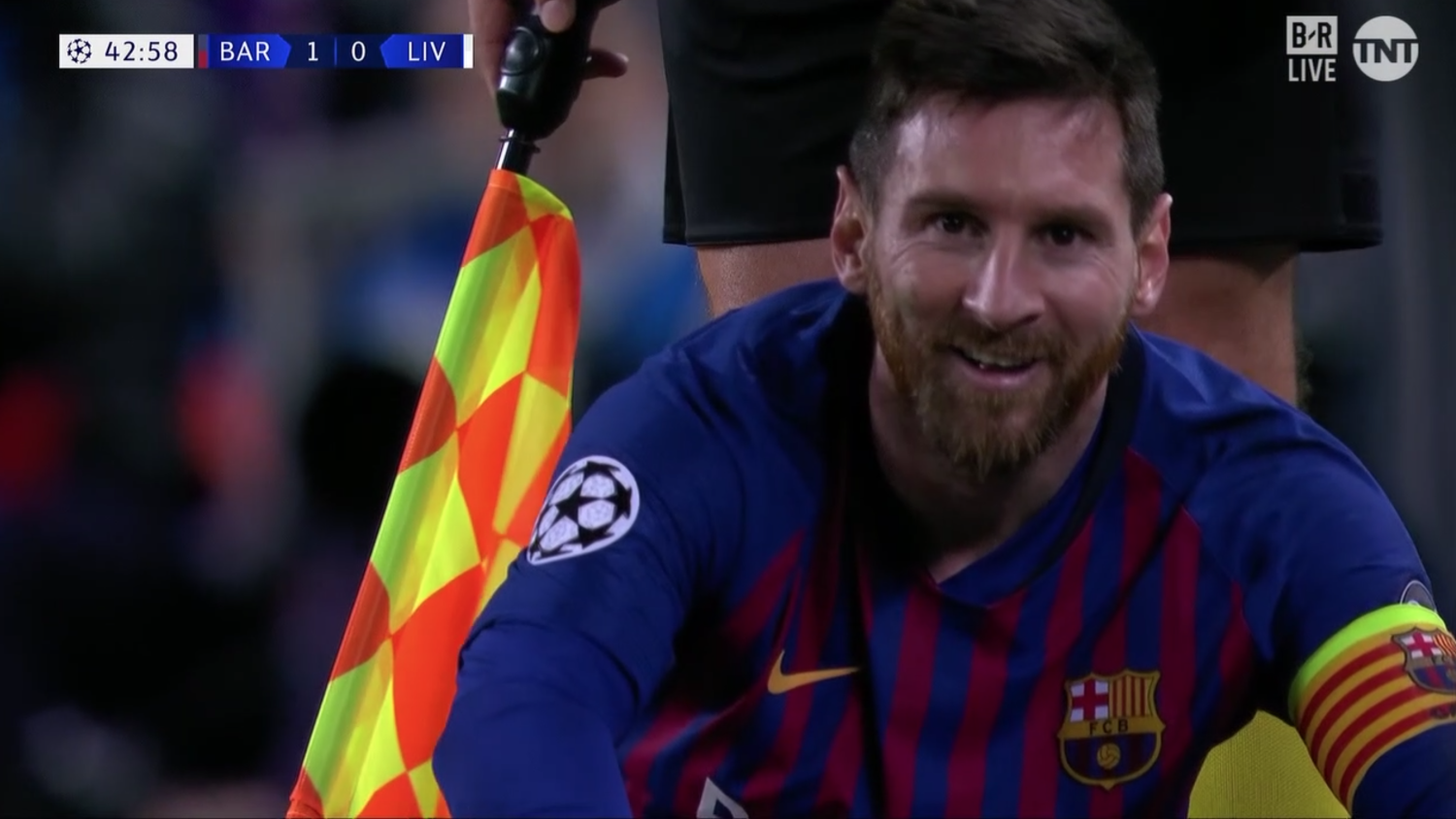 The Messi-Milner rivalry is back, baby!
Screenshot: TNT

Liverpool spent a lot of the first half against Barcelona chasing Lionel Messi’s backside. Fabinho will probably have nightmares of the Blaugrana No. 10 jersey always fluttering just out of his reach.

But when James Milner finally caught up to Messi at one point after the ball had gone out of bounds, he knocked the Argentine on his backside.

What ensued was a wild embellishment from Messi, who isn’t usually prone to such antics. He followed that with a cheeky smile.

Clearly, Milner was trying to hurt Messi — or at the very least, make him think twice about making him and his teammates look silly again.

At the same time, Messi certainly rolled a bit more than was necessary, reminding us of a certain former Barcelona player.

Messi even gave a cheeky smile after he finally came to a stop.

A bit surprisingly, Milner wasn’t shown a yellow card for the completely unnecessary challenge after the ball had gone out of bounds. Perhaps Messi’s embellishment played a role in the referee’s decision.

In a way, Milner finally got revenge for one of the most embarrassing moments of his career back in 2015.

Took awhile but Milner finally tried to get him back. pic.twitter.com/9vH72yOeiC

If I were Milner, though, I’d keep my legs closed for the rest of the semifinals.