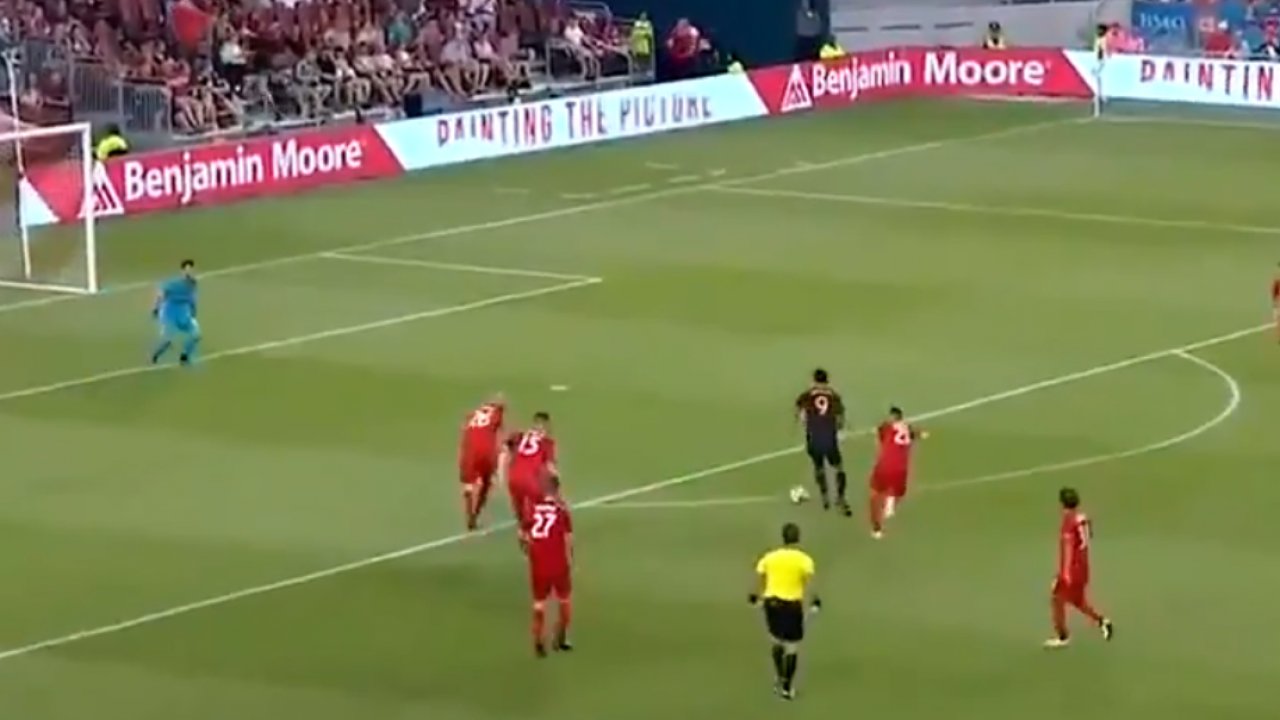 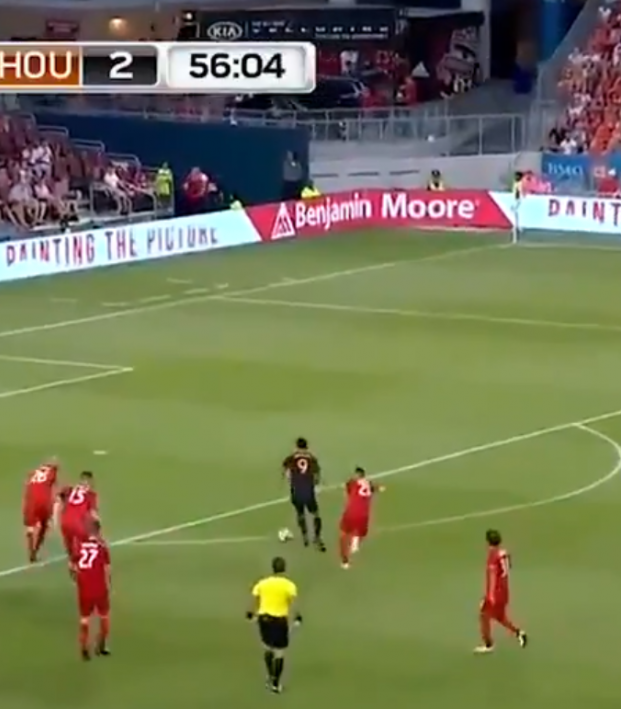 Mauro Manotas Spectacularly Scores On His Own Against Four Toronto Defenders

Major League Soccer definitely has some great highlights, especially in the goals department. Sometimes, the awesome goals you see highlight the quality of the league, both good and bad. Mauro Manotas’ goal against Toronto FC on Saturday did just that.

Houston were the visitors to BMO Field over the weekend, and the Dynamo put on the show. After being up 2-0 in the second half, Mauro Manotas scored a goal to remember and one for the Toronto FC backline to forget. Manotas received a long ball just past the halfway line. Toronto FC’s midfield was completely bypassed, leaving the defense with just four players.

Striker takes on 4 defenders for the cool finish. pic.twitter.com/W259RbvNxZ

Credit to Manotas, who refused to give up the ball after fighting off a few challenges and put a great finish on it too. On Toronto’s end, Manotas’ goal added to the misery of the day. You can rewatch the highlight of the goal and watch one defender at a time. Even if you are new to the soccer world, you can tell that the defending was absolutely shambolic.

No real conviction in the challenges, no one trying to get their body in front of the ball and overall, just a lack of urgency to win the ball. Ciman may be the only one to receive the benefit of the doubt, as he did take a knock (you can see him hobbling a little at the end). MLS gets a lot of crap for the quality of the league, and defensively, this highlight doesn’t help.