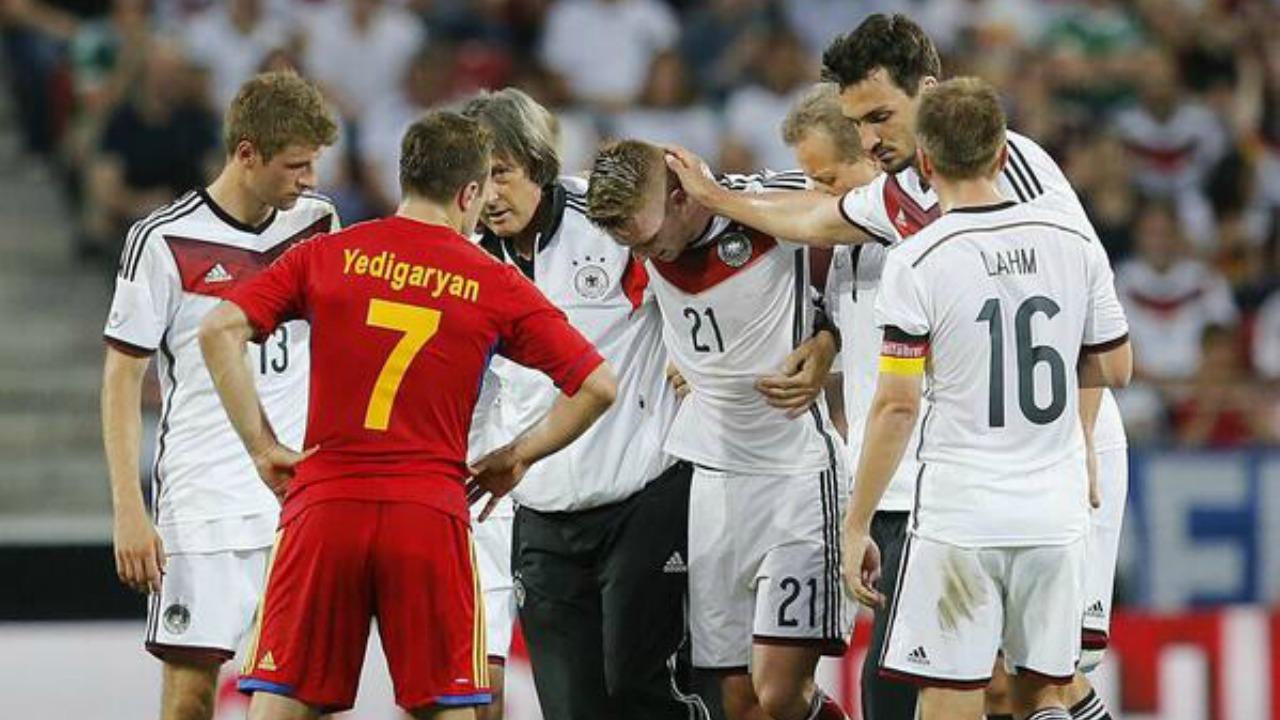 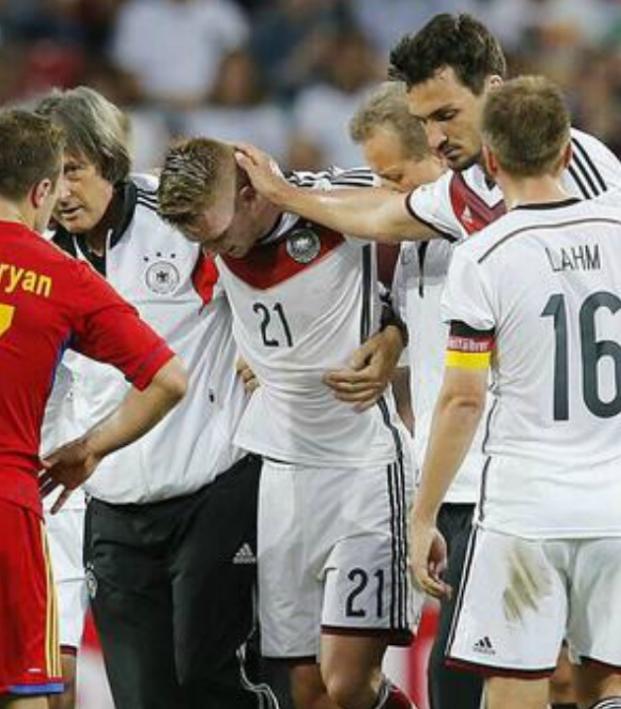 This past week, supporters of both England and Iceland were left to fear for their World Cup futures after injuries to one-man strike force Harry Kane and talismanic playmaker Gylfi Sigurdsson, respectively.

Kane will return in four weeks while Sigurdsson will be out for six to eight, meaning they should both be available in Russia, but it just goes to show how terrifying these last two months of the club season are in a World Cup year.

Unless it’s your club challenging for a league title or the Champions League, you’d honestly rather see these superstars rested until the ultimate festival of football kicks off on June 14. With Kane and Sigurdsson’s heart-in-mouth moments as our inspiration, here are some tragic instances of players either missing the World Cup completely or having their tournament’s derailed by injury. 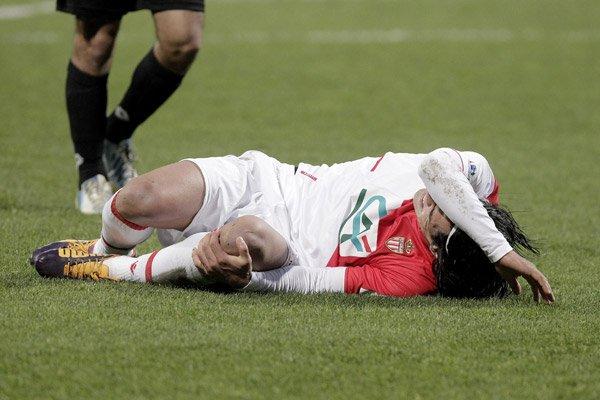 Radamel Falcao tears his ACL while playing for Monaco.

Radamel Falcao was an absolute force in European football with the 2014 World Cup looming. The striker’s goals had lifted Atletico Madrid to Europa League and Copa del Rey glory in previous seasons, and the Colombian forward transferred to Monaco for nearly $75 million the summer before the World Cup.

However, after scoring 11 goals in his first 19 appearances in France, he suffered a torn ACL injury on Jan. 23, 2014. Despite making every effort to return to fitness in time, a four-month recovery period was always going to be an impossibility.

Colombia made it all the way to the quarterfinals, but they would’ve been a different animal with Falcao in the team. 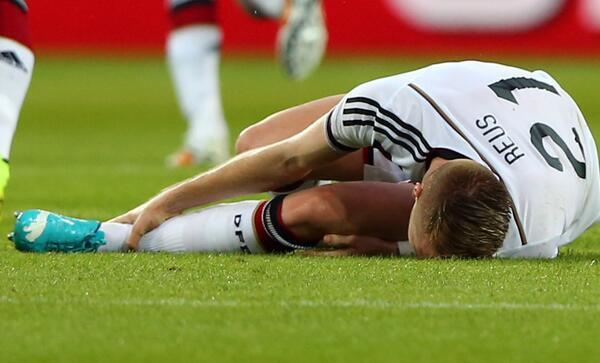 Marco Reus’s first two seasons with Borussia Dortmund following a transfer from Gladbach had cemented his reputation as one of Germany’s finest attacking talents. During the 2013-14 season, he scored a career-best 23 goals in 44 matches for BVB, and he became a regular for Germany throughout qualifying, scoring five goals and adding three assists in six games.

However, with the World Cup just over a week away, Reus suffered a partial tear of an ankle ligament in a warm-up match, ruling him out of the finals.

While Germany would certainly compensate for the loss, neutrals missed out on watching one of the world’s most exciting players. 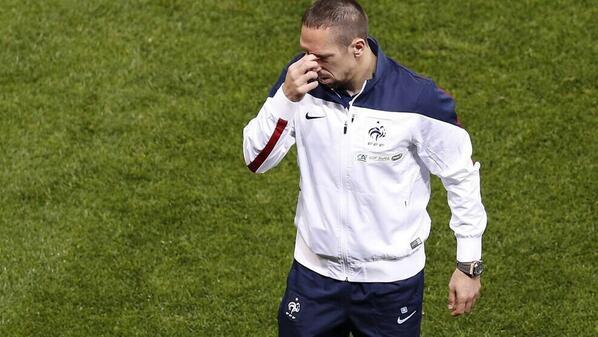 In the years leading up to the 2014 World Cup, Franck Ribery was at the height of his powers. On January 13, 2014, he finished third in 2013 FIFA Ballon d’Or voting after helping Bayern lift the FIFA Club World Cup.

Ribery would win a domestic double for Bayern in the 2013-14 season, and he was one of France’s leading scorers in World Cup qualifying with five goals. However, a week before the tournament began in Brazil, the 31-year-old winger was ruled out after injuring his back in a training session.

France would advance to the quarterfinals, and Ribery would announce his retirement from international football shortly after the tournament’s completion. 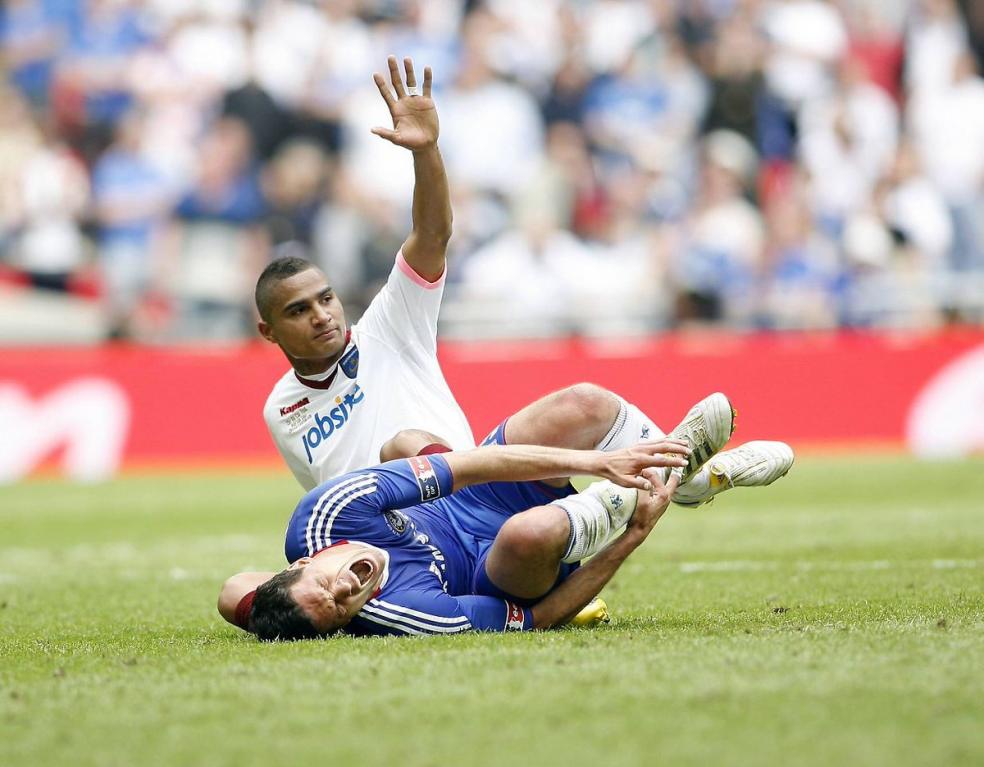 Every country’s nightmare: a month before the final, your captain goes down with a tournament-ending injury. After excelling for Germany at both the 2006 World Cup and Euro 2008, Michael Ballack posted a strong season for Chelsea before the World Cup.

The German midfielder helped Chelsea to a 2009-10 league and cup double while appearing in 45 matches. What’s more, he’d scored four goals for the national team through World Cup qualifying.

However, he missed the tournament completely after injuring his ankle in the 2010 FA Cup final. The injury was caused by Kevin-Prince Boateng, the half-brother of German international Jerome Boateng.

Germany would finish third in South Africa, and Ballack’s subsequent fallout with Joachim Low would leave him forever stuck on 98 caps, two short of the century mark. 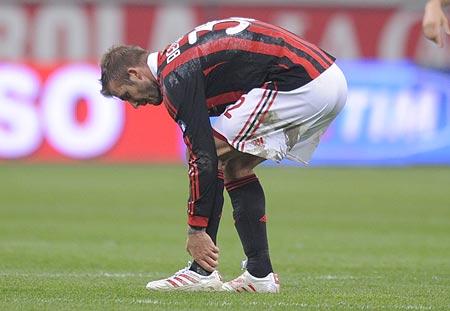 A few years after being dropped by the national team completely, David Beckham silenced the doubters like only David Beckham could and reemerged as a vital squad player for England ahead of the 2010 World Cup.

Although he was under contract with the LA Galaxy at the time, Beckham had returned to AC Milan on loan for the second straight winter during the MLS offseason.

However, just after making a dramatic return to Old Trafford to play Manchester United in the Champions League, Beckham tore his achilles in Milan’s next match — a league game against Chievo.

The injury denied Beckham a fourth World Cup and kept him on the sidelines for six months. 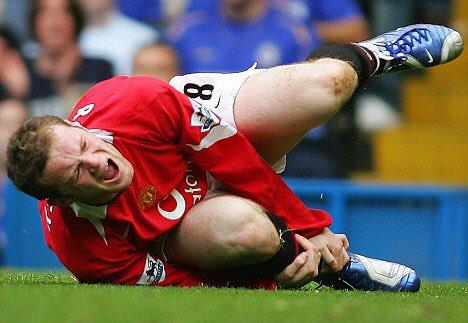 After being named to the UEFA Euro 2004 Team of the Tournament and collecting the prestigious 2004 Golden Boy Award, the hopes of England at the 2006 World Cup lay firmly on the broad shoulders of Wayne Rooney.

What’s more, Rooney’s second season with Manchester United had shown even more promise than the first — there appeared to be no ceiling for the young man from Liverpool.

However, with just over a month to go before the finals, Rooney’s metatarsal was broken after a tackle from Chelsea’s Paulo Ferreira. The forward did everything in his power to return to action, but he was a shadow of his true self in Germany.

Four appearances, zero goals and one infamous red card against Portugal in the quarterfinals would be his legacy at the tournament. 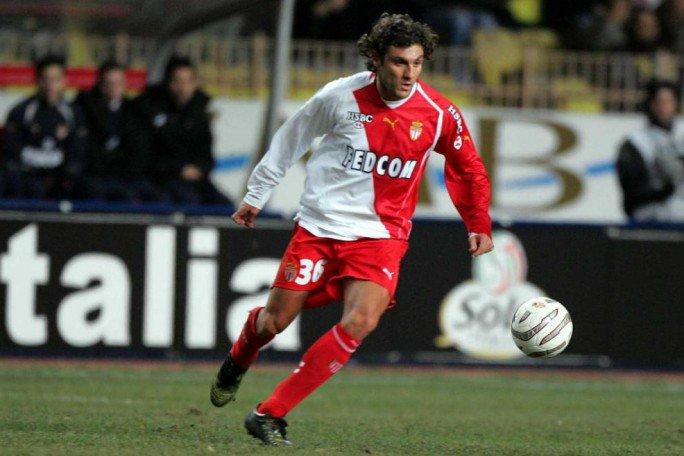 Although Christian Vieri was no longer at the peak of his powers by the time the 2006 World Cup rolled around, the bullish striker was still favored by Italian manager Marcelo Lippi and a certain selection for the tournament in Germany.

However, Vieri would injure his meniscus in a match against PSG, ruling him out of Italy’s ultimately triumphant World Cup campaign. The injury would also mark the end of his international career. “Bobo” would finish with 23 goals in 49 appearances for the Azzurri. 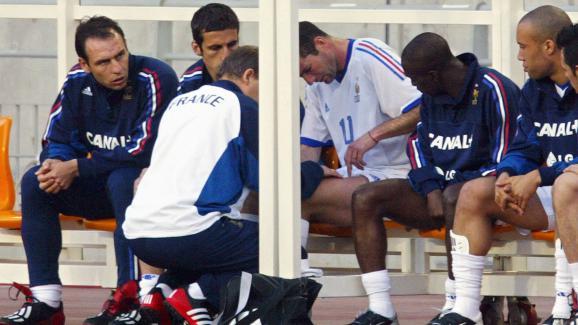 After winning the ’98 World Cup and UEFA Euro 2000, France approached the 2002 tournament among the favorites. Zinedine Zidane was a huge reason for that.

The French maestro became the world’s most expensive player when transferring from Juventus to Real Madrid the summer leading up to the World Cup, and he spent the 2001-02 campaign dazzling with Los Blancos.

On May 15, 2002 (just a month before the World Cup), he scored the most famous goal of his career — a stunning volley in the Champions League final to give Real the trophy.

However, a thigh injury kept Zidane out of France’s first two matches — a shocking 1-0 defeat to Senegal and a lackluster 0-0 draw with Uruguay. Zidane was rushed back for the final group match against Denmark, but it wasn’t enough as the defending champions went crashing out. 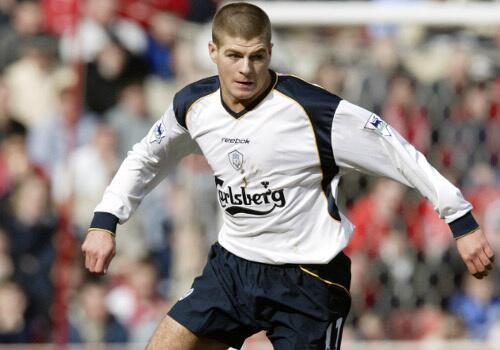 Gerrard had been a regular in Liverpool’s midfield for three years and scored his first international goal in England’s famous 5-1 2002 World Cup qualifying victory over Germany by the time the event in South Korea and Japan rolled around.

He was undoubtedly one of England’s most promising midfield talents of all-time, but he was also beset by a troublesome groin issue that had required multiple surgeries over the past few years.

Unfortunately for England and Gerrard, he’d injure his groin in Liverpool’s final match of the season against Ipswich, forcing him to watch his nation’s quarterfinal run from home. 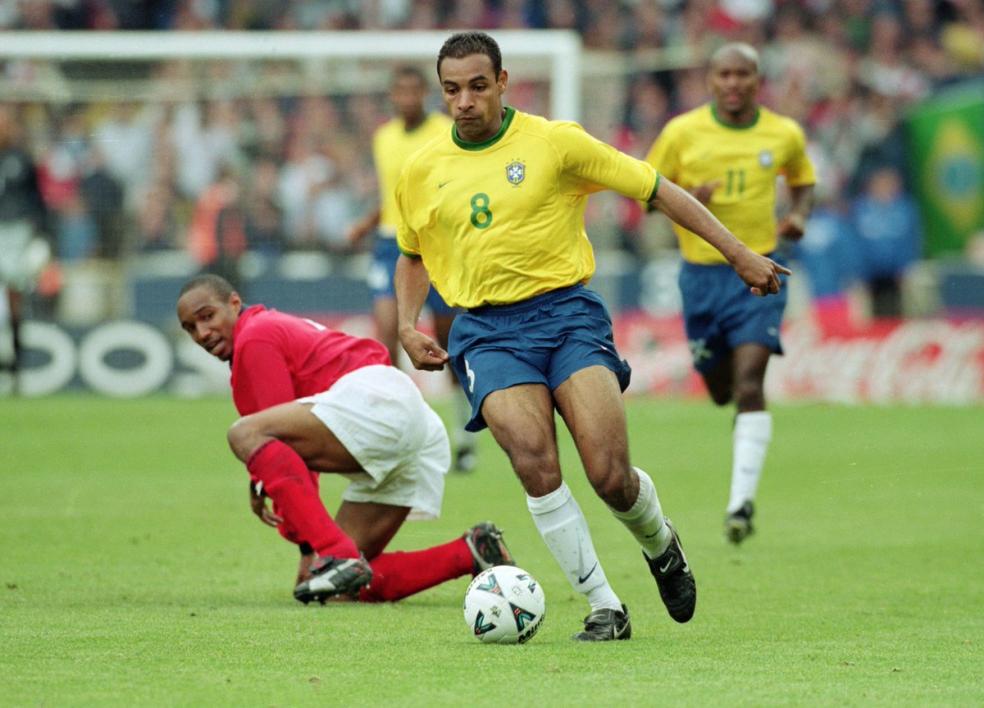 Defensive midfielder Emerson was a force for Roma in the 2000-01 and 2001-02 seasons, and the dynamic enforcer was set to captain Brazil at the 2002 World Cup.

However, in a remarkably ridiculous turn of events just days before the tournament kicked off, Emerson separated his shoulder while playing goalkeeper in a light-hearted training session that was a mere public relations stunt.

Brazil, of course, would be all right without him. 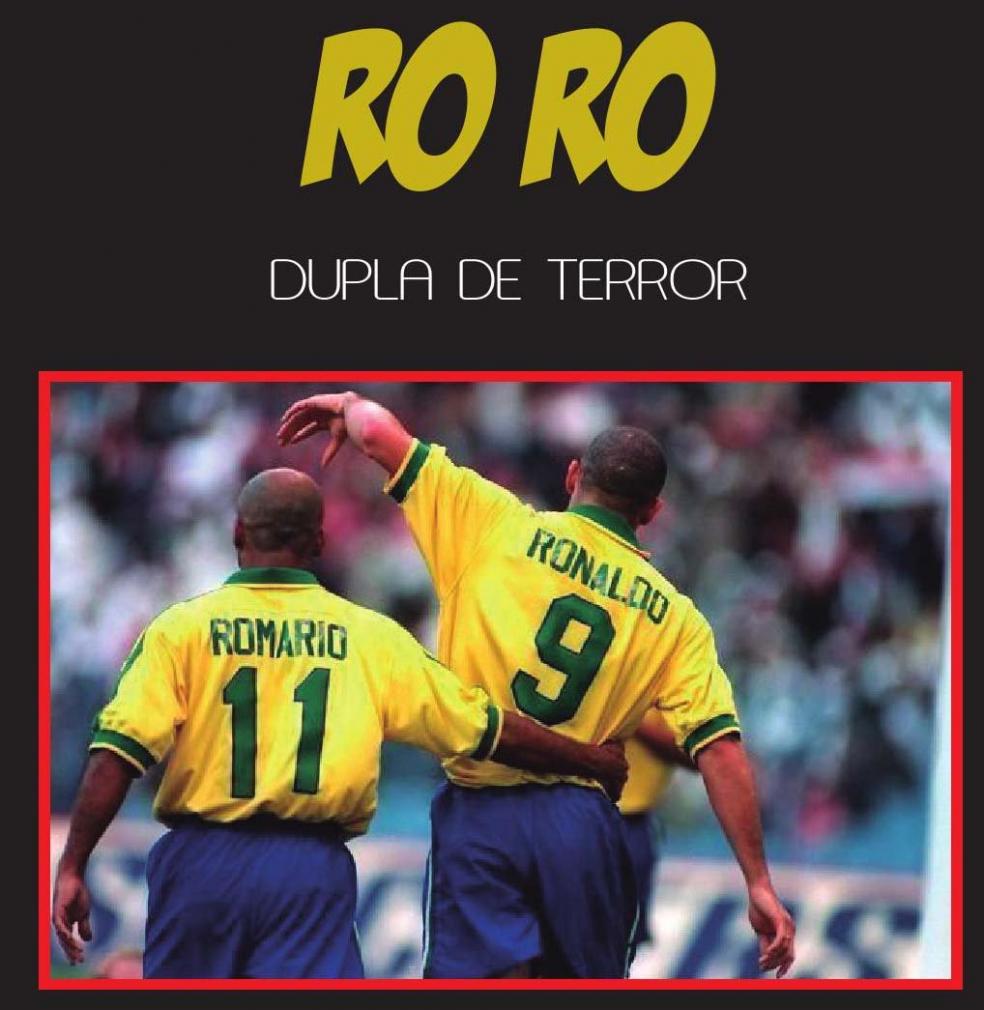 The prolific Romario — who had won the Golden Ball at the 1994 World Cup and subsequently formed a devastating "Ro-Ro" partnership with Ronaldo — was left off the ’98 squad due to a muscular injury.

Brazil waited until the day of the squad deadline to see if he could recover, but a disconsolate Romario told the press, “This is very sad for me, a big disappointment. This is a very difficult moment in my life.”

Brazil would lose in the final to France with Ronaldo suffering from his mysterious prematch ailment.

A Dutch legend, Marco van Basten had been prolific throughout his career with Ajax and Milan, and he performed admirably with the Oranje as well, scoring 24 goals in 58 appearances.

Ultimately, Van Basten’s career was cut short, effectively ending at the age of 28 because of a troublesome ankle injury. The Dutch forward did everything in his power to play at the 1994 World Cup after spending the entirety of the 1993-94 season rehabilitating, but it wasn’t meant to be.

After another year on the sidelines, Van Basten announced his premature retirement in 1995.