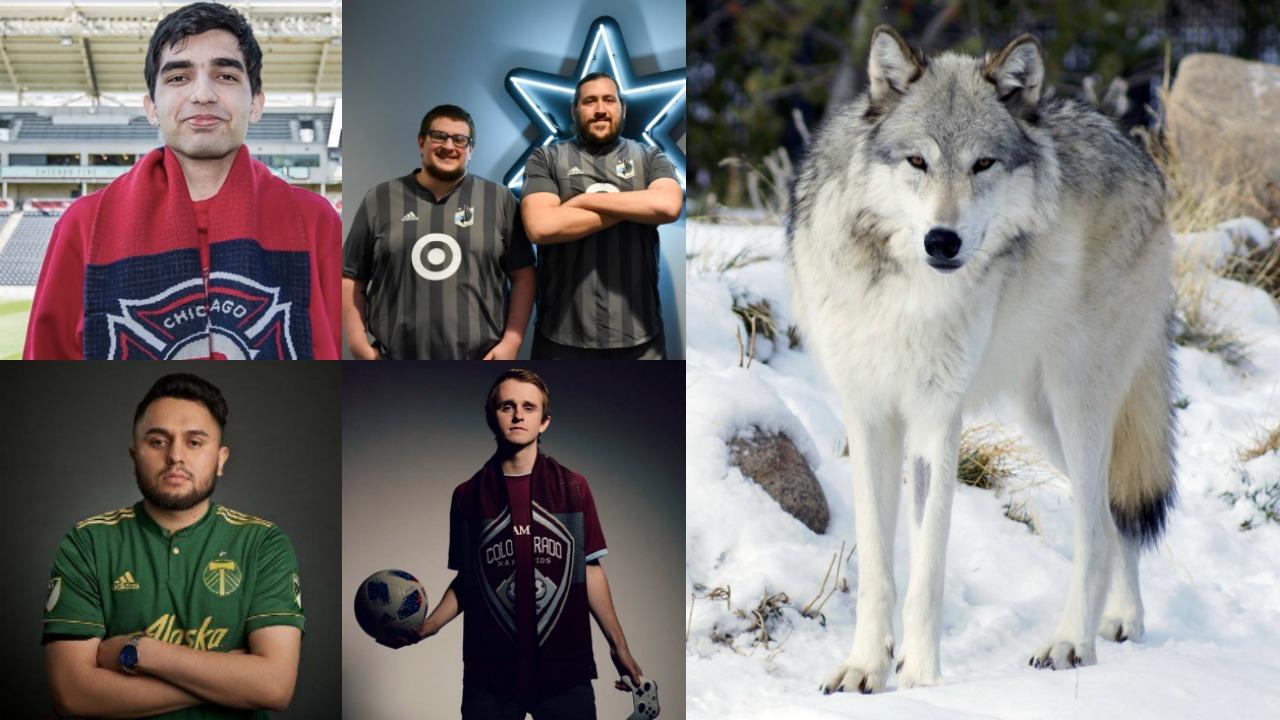 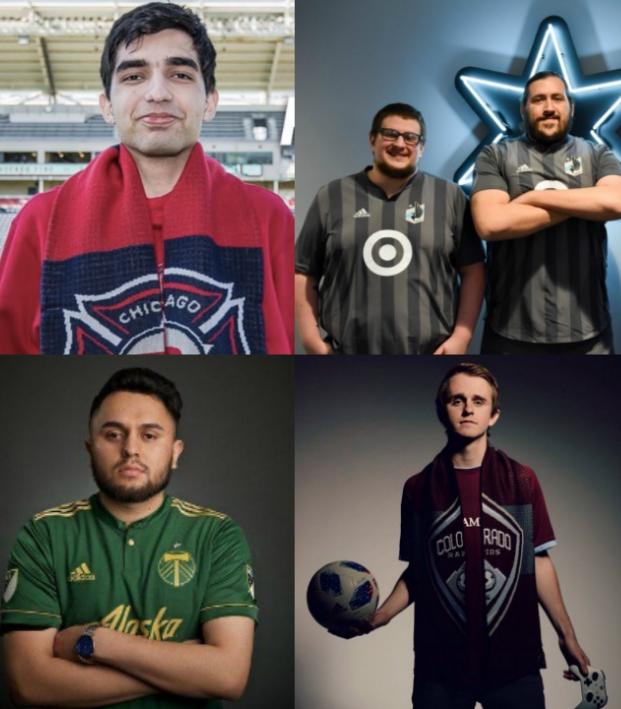 Which eMLS Gamer Would We Back To Kill A Wolf In Single Combat?

It’s the debate that was probably triggered by Liam Neeson’s outstanding performance in The Grey: could a man, equipped with only his wit, will to survive and a totally healthy sense of self-worth, kill a wolf in single combat? For Neeson, the answer was yes, although an entire den of wolves proved a few wolves too many.

This debate isn’t new to Major League Soccer circles either. It’s almost been a year to the day since Pablo “F*ck stats, that ain’t heart” Mastroeni sided with the beliefs of former NFL running back Arian Foster, who cited his own positive attitude, his meticulous study of the wolf and its weaknesses and his thumbs as the reasons why he’d defeat the wolf mano a mano.

But now, it’s time to revisit the debate. MLS has been assembling the rowdiest of Twitch lads from all around the North American continent, urging them to pick up the sticks to battle for the eMLS Cup. Here’s a video of MLS executives trying to round up this motley crew of would-be wolf slayers.

We now have 18 representatives from 16 clubs, and we’re going to rank them based on what we see as their ability to tangle in the remotest regions of wilderness on the planet.

As for their names, gamertags and bios, I'm just kind of making this up. 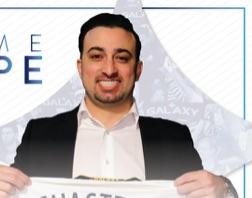 This isn’t a fake contest! Much like Liam Neeson in The Grey, this isn’t phony, it's the real deal! Just like Jonathan Klinsmann’s goalkeeping coach at Hertha Berlin would say, there’s “too much American” in this boy Geoffrey. He’s not fit to survive in the wilderness.

What we’re looking for here, if we were to utilize Justin Timberlake albums as our point of reference, is a Man of the Woods, and Geoffrey is out there looking like FutureSex/LoveSounds. He dies. 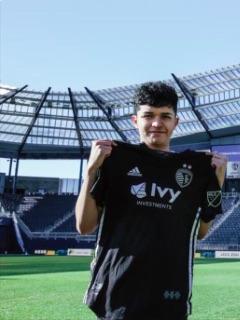 Quick, get him inside! This is not the battle young Aardvark seeks, as this blustery day at Children’s Mercy Park looks set to riddle him with super pneumonia for the entirety of the spring season.

He’s chilled to the bone out there, squinting like the sun is twisting the knife on him and too young to begin the training. The arctic conditions of the Laurentian Mountains are no place for GetPapaerStackPringles. 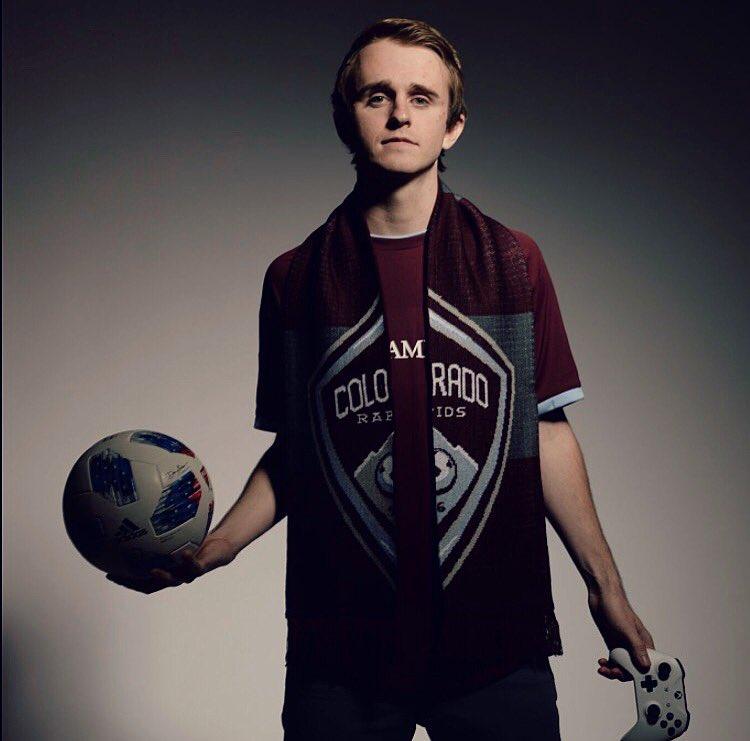 Cliff was discovered as a baby on the steps of the Gold Hill Inn, about a ten mile drive up Sunshine canyon from Boulder. Thought to be the child of gold-seekers turned aggressive panhandlers in the vistas of the Colorado Rockies, it was only later discovered that Cliff possessed the shapeshifting qualities of a lycanthrope — he is, ostensibly, a werewolf.

However, he’s an Arabian wolf. They’re really small and they eat garbage. An Arabian wolf versus a northwestern wolf is like Basel versus Manchester City. Technically it’s a bit of sport, but it’s really just a slaughter. 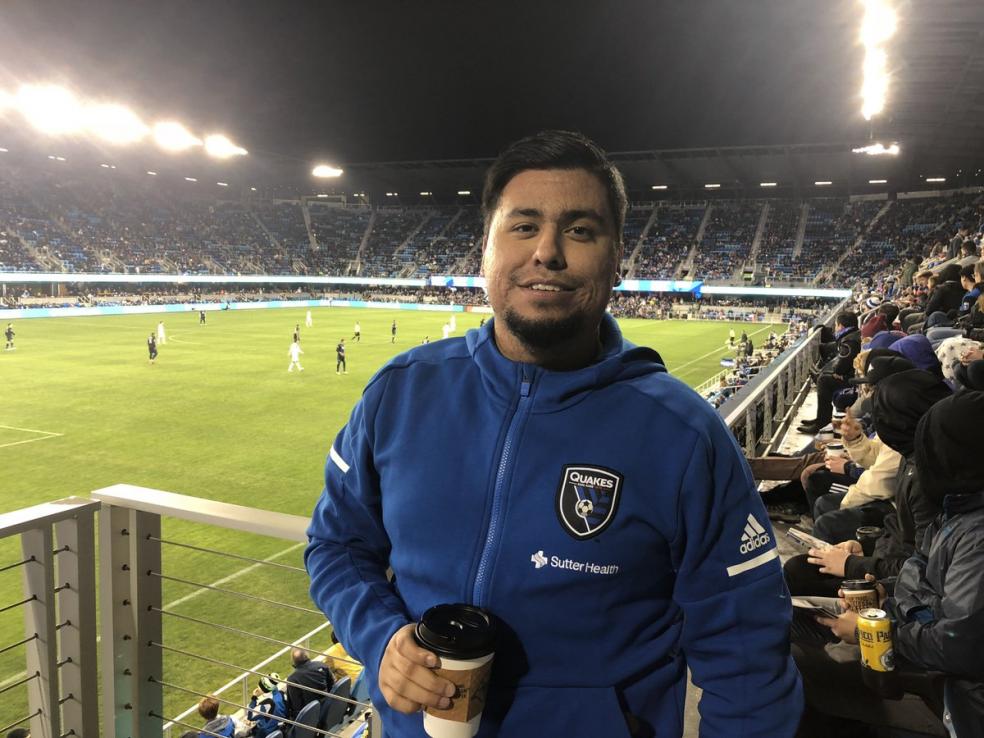 Goddamit I want to tell you Ramon wins this thing. He’s got a heart of gold, and he’s more positive than the cathodes of all those Duracell batteries he rips through. In fact, I renamed my dog Ramon after she had been named Stella for 11 years, and that was just after a 30-minute conversation with the guy! He's a lovely bloke.

Unfortunately, I also know that Ramon is an ardent pacifist. He’d happily just let that wolf eat his face off. 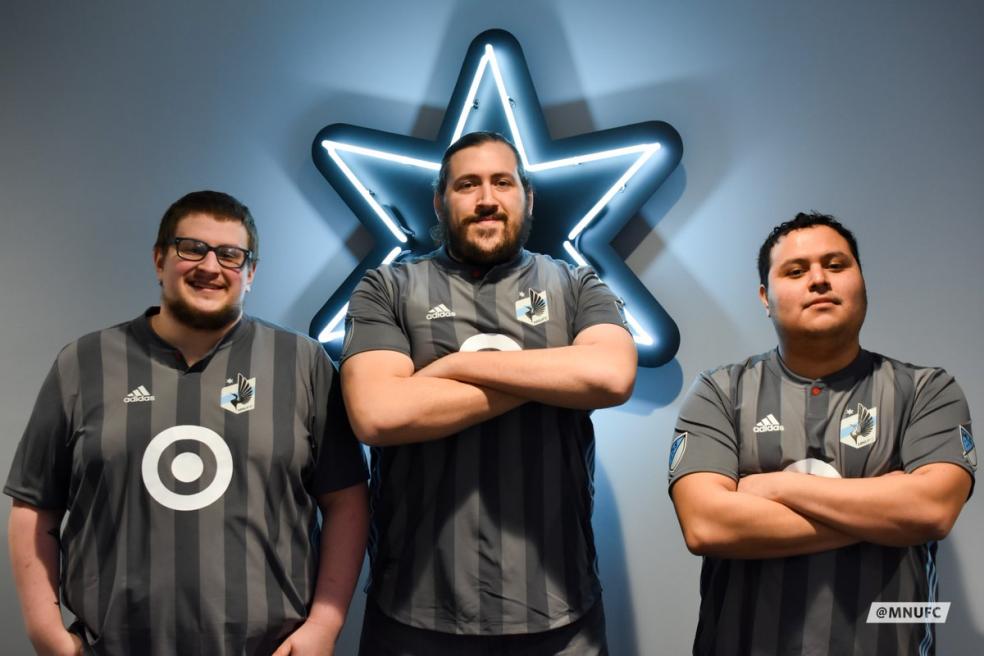 These are the tres amigos de Xbox Live, and you’ll always find them playing together on the same team. When you win the ball against them, three players charge out of position to immediately win it back. It’s like gegenpressing, except gegenpressing looks soft as Charmin compared to these three Marcelo Bielsa disciples. 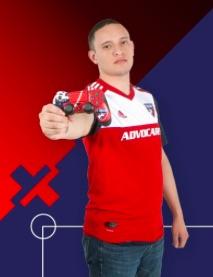 This was a Homegrown signing for Dallas, continuing their excellent track record of being throughly disappointing lately. But what I like about Yaya is the swagger. I like the denim jeans too, those’ll hold up well in the boreal forests of the northland.

But just look in his eyes.

Those are the kindly eyes of a gentle soul that’s seen some shit. It’s not all naivety and cool custom controller skins behind those eyes. Behind those eyes lies a cruelty and a malice that is ready to fight fire with fire.

It’s just difficult to envision a Dallas kid surviving in the woodlands during the depths of winter. 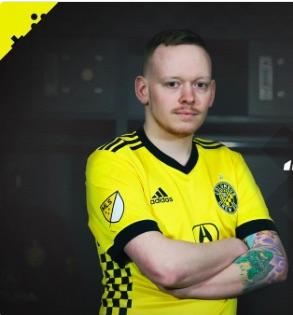 Man’s got a Master Chief tattoo. Not only does this prove that he can withstand the adversity of the needle, but it also shows that he’s the consummate professional. He’s in, he’s plasma grenades, he’s picking up the Needler, he’s reigning down hell on Covenant forces and he’s out.

You need to have a remorseless, one-track mind when it comes to slaying the wolf, and Tom’s got all the intangibles to make that happen.

The biggest drawback here is that he’ll stick out like the bulge of a Cristiano Ronaldo statue wearing that Columbus kit (yes, all competitors must be in full kit while taking on this quest). A northern timber wolf will stalk him to extinction. 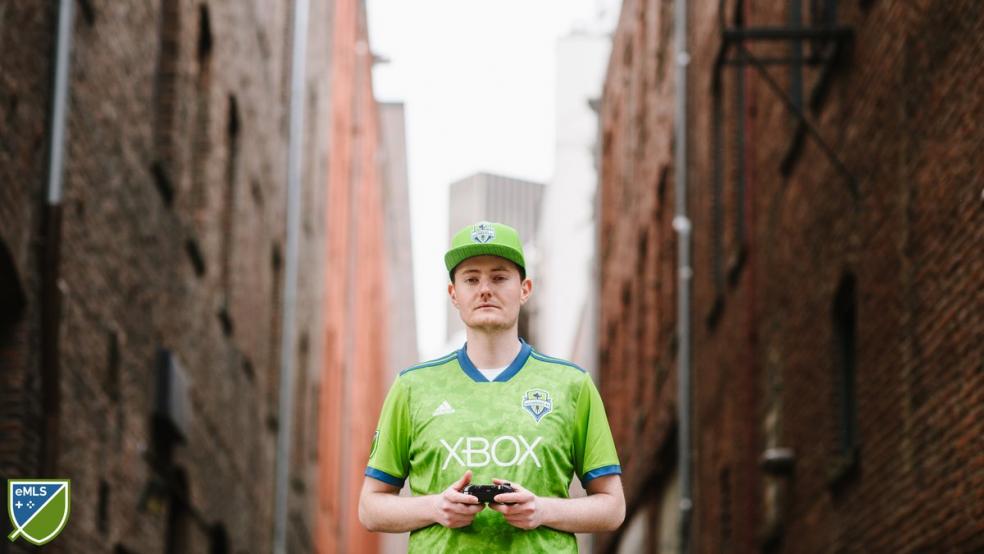 Joel is part of the next generation of eSports athletes — they don’t believe in the American dream, and as a result of the Great Recession, they’ve got a lot of financial stress that’s manifesting itself in a fierce desire for independence. They also are very good about wearing their seat belts.

Joel is still developing into the man he will soon become. However, the wolf waits for no coming-of-age stories. The wolf devours, and Joel would certainly be devoured, leaving nothing but a sickening reminder of his existence on the blood-stained snow.

Growing up in the 6, Davy comes from a broken home. He’s got a great family, it’s just shit kept breaking and the wifi would always drop. How he got to this stage when you factor in all the drops and disconnects is a miracle, and he’ll need to produce another modern marvel to grip that wolf by the jaws and snap its head in half.

Davy’s used to the climes of Canada. He knows the Canis lupus occidentalis subspecies like he knows the trick stick. But sometimes, when fighting the wolf for survival, your best option, metaphorically, is just to wiggle the stick and pray. 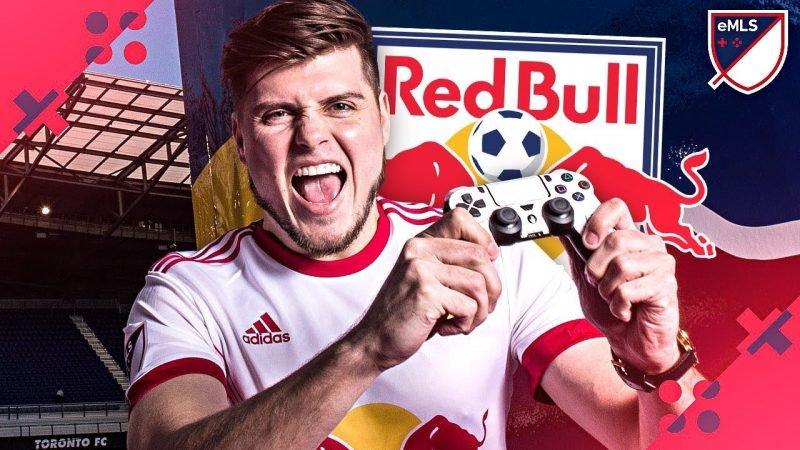 Chuck P. has never shied away from confrontation. He spent his youth in and out of juvy, collecting a smattering of police charges from disturbing the peace to telemarketing fraud.

He leads the eMLS circuit in being reported, be it his player name or gamer tag, cheating, player picture, voice communication or unsporting behavior — Chuck P. goes hard online.

In a battle with the wolf, he would most likely forgo the use of his arms, instead preferring to lead with his jaws, just like the wolf itself. Watching Chuck P. take on a wolf would be like an episode of Planet Earth, although seeing this man charge through the woods on all fours while unleashing primordial howls at the northern lights would certainly be disconcerting.

Next time you're camping and you see a glowing pair of eyes just beyond your campground’s tree line, know Mr. Aloe Oil is watching you. 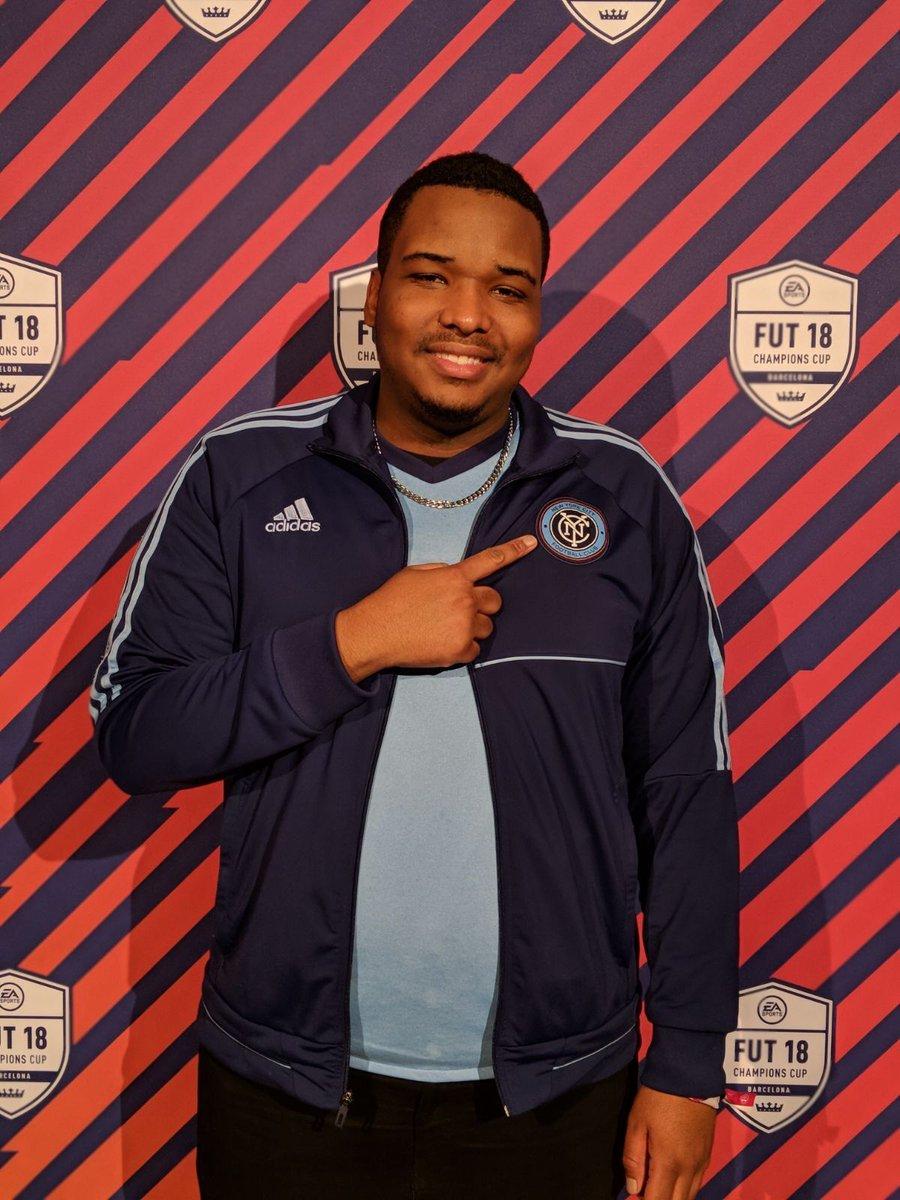 The Abu Dhabi-based City Football Group launched a $60 million offer for Anthony the other week, only to be informed that there was no reason to pay a transfer fee. So Kahldoon Al Mubarak threw all the unnecessary cash into a roaring bonfire, and Anthony was signed.

Anthony’s a favorite here — he’s got a lot of Liam Neeson about him, and that’s really the one thing you need to take down one of the the world’s most feared predators. Remarkably, and I know this to be true, it was between Anthony Suede and Neeson when the final call came on who would voice Aslan in The Chronicles of Narnia trilogy, and many think the wrong decision was ultimately made.

Both Prince Caspian and The Voyage of the Dawn Treader sucked. 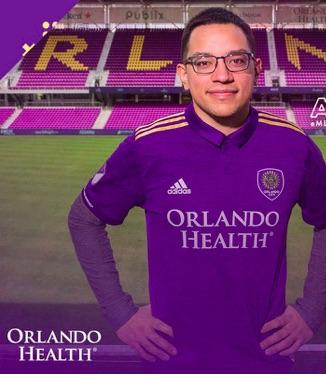 What can be said about Ricky that hasn’t already been said about the SpaceX Falcon Heavy rocket? He’s the world’s most powerful operational thing by a factor of two, and he’s more than capable of delivering a ridiculous amount of payload to orbit. Fittingly, he represents Orlando.

Ricky was designed for this sort of thing — foraging the underbrush nutrients whilst evading the tracking powers of a wolf (an animal with a sense of smell about 100 times greater than humans). However, one quirk about Ricky is that he’s never emitted a personal scent. He’s actually physically incapable of perspiring. 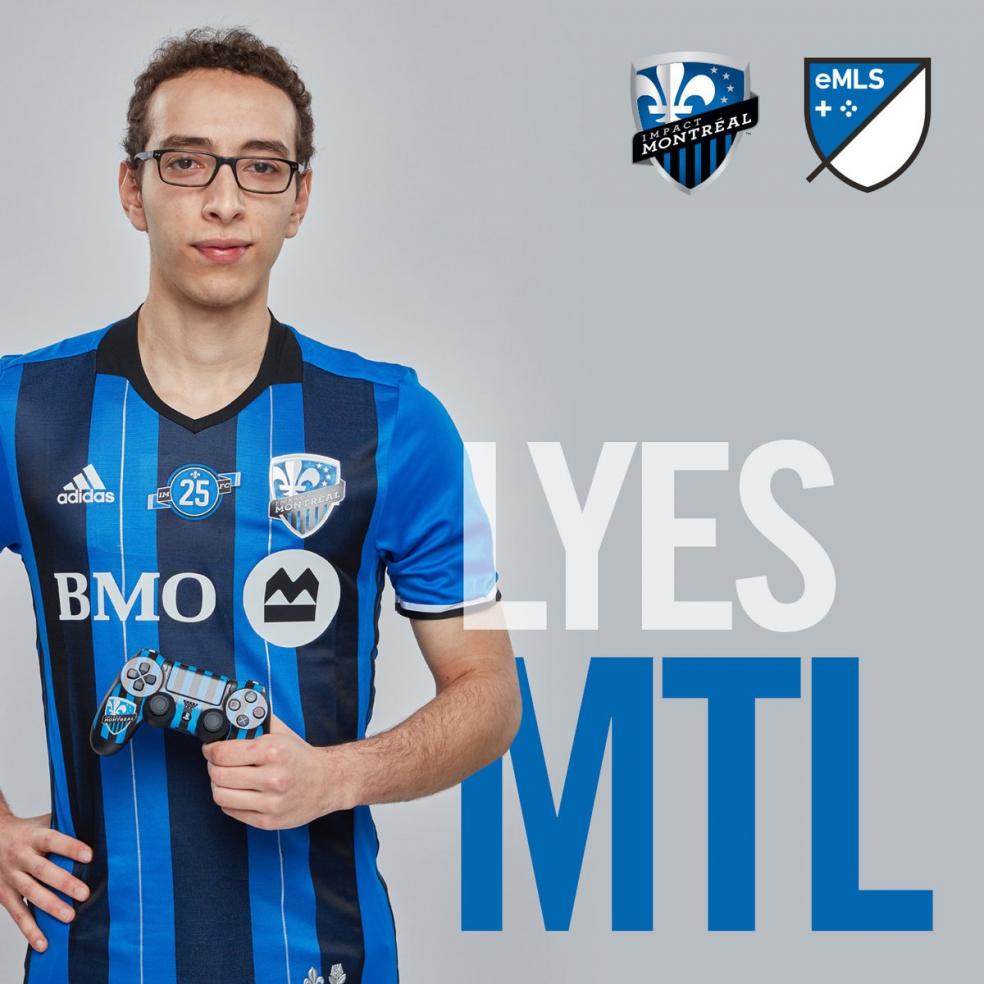 Felix is another uplifting story on the eMLS circuit. When he was born, doctors feared that his eyes would be too shitty to see all that well, and it wasn’t until he got glasses that he could really make out what in the fuck was going on. Now though, he’s probably got the best vision of any competitor out there (so long as he has a good vision plan and goes in for annual exams).

Felix is sinewy, he’s got that Gumby body type that allows you to squirm inside a felled hollow log. That’s a good quality to have in the fight between man and wolf — my how the tables turn when you use the wolf’s natural habitat against it. 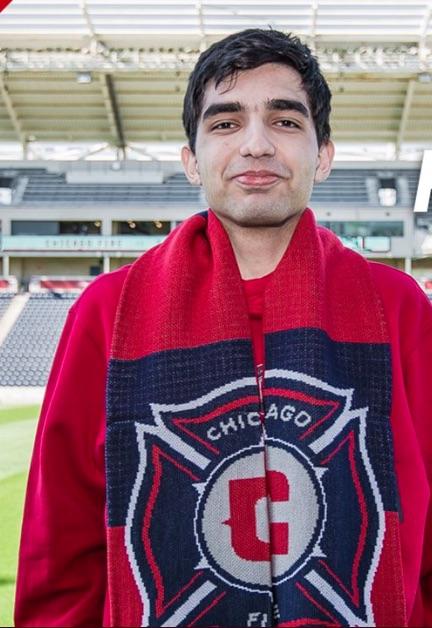 Born and raised in the South Side of Chicago, Abraham first made noise in the drill music scene with the release of his FIFA-inspired banger “Rage Quit (Hate Playing Sober).”

However, after getting knocked on his ass by a massive portion of Lou Malnati’s one weekend, he decided to fully commit himself to FIFA 18, registering something like 14 hours of play over the course of a few days.

He’s young, he’s got a good jawline and he’s got a scarf to keep him warm. But more importantly, he’s knowing. Some might say he looks a bit arrogant, a bit “I’m going to score a header with Cristiano Ronaldo off a corner kick and you better just live with that,” but I see a man with a healthy dose of anthropocentrism. He knows human beings are the most significant entity in the known universe, and that wolf better just live with that … or better yet, die. 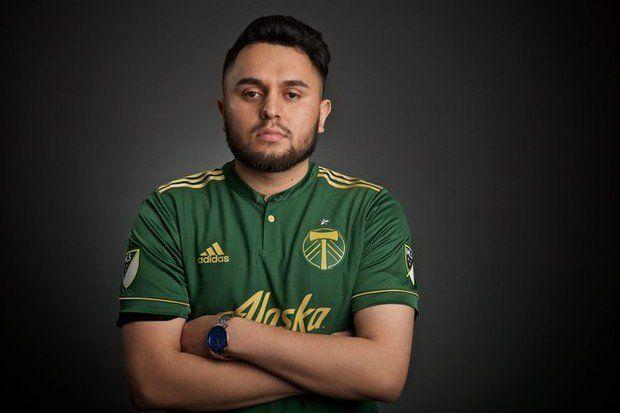 Not much is known about Seamus, in fact, this is the only known picture of him in existence, and its authenticity is the subject of fierce debate among eMLS scholars.

There’s also a wood engraving purporting to be a portrait whittled by the man himself, and it now hangs within the Oregon Historical Society Museum, but its depiction of a titan steering the chariot of the sun around the planet leaves some room for discrepancy.

No man can disappear himself quite like Mr. Galactico, and we could certainly see him springing some ingenious trap — like digging a giant hole, covering it with a precarious arrangement of branches and leaves and then cutting his own arm off as the bait. That wolf’s going in that hole.

Michael is an incredibly unique individual on the eMLS tour in that he was the only competitor raised by wolves. Like Romulus and Remus before him, Michael was suckled by a she-wolf and was raised in a cave near Scranton, Pennsylvania.

Nobody knows the ways of the wolf better than Michael Leahcim, and nobody is better prepared for their savage tactics.

His name is also a palindrome.