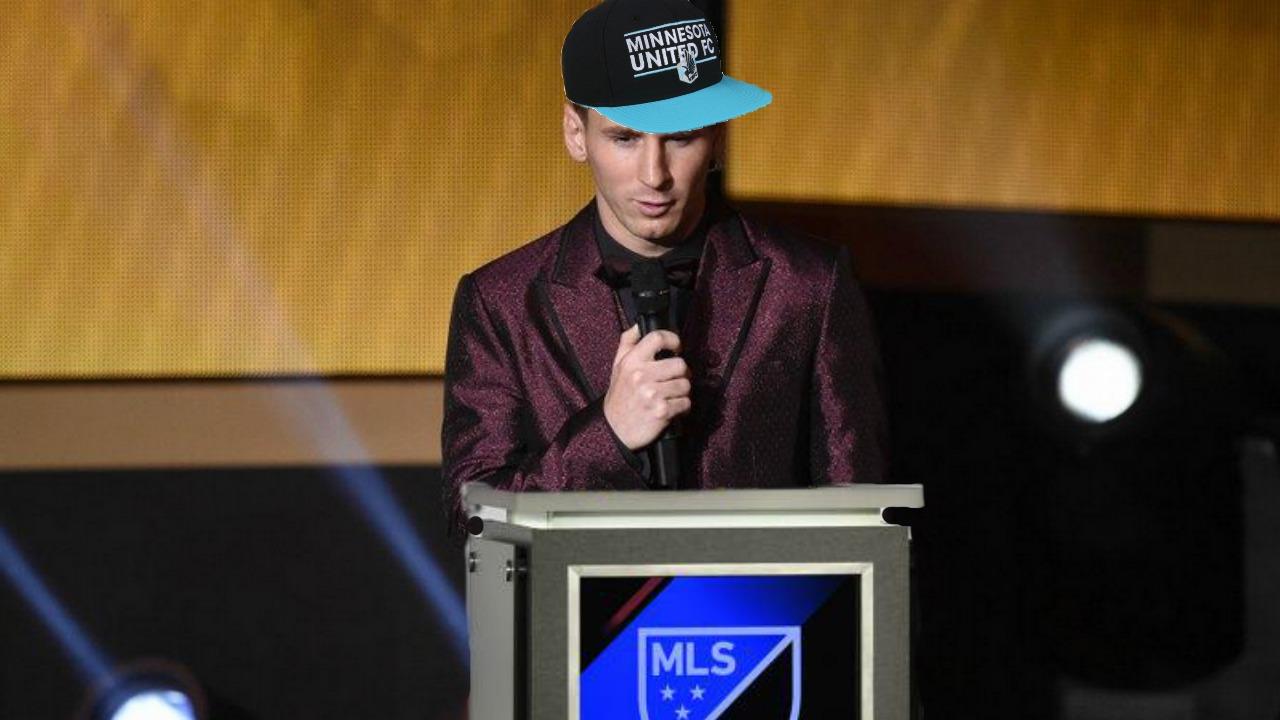 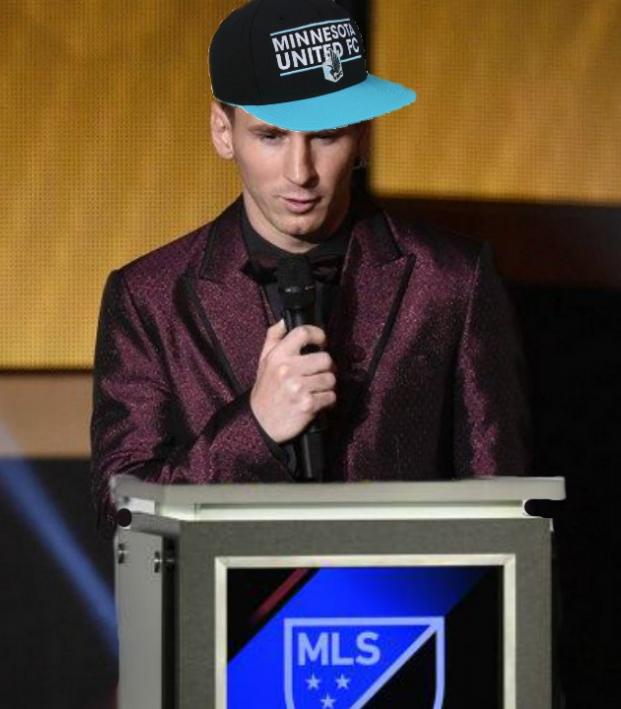 What If All Of Barcelona’s Players Entered The MLS SuperDraft?

Is this the dumbest thing you’ve read today? IS IT?! Go ahead, say it. I don’t care. It’s no dumber than Catalonia’s minister of sport, Gerard Figueras, saying: “In the event of independence, the Catalan clubs in La Liga would have to decide where they want to play: in the Spanish league or in a nearby country, like Italy, France or the Premier League,” and ESPN FC leading with the headline: “Barca could play in Prem”

So go air your grievances with Figueras and ESPN, not me. If there’s a possibility Barcelona could play in the Premier League, I think there’s also a possibility that they could play NCAA Men’s Division I Soccer. Why not? According to my research, all of Barcelona’s players still have all four years of eligibility left.

“Yeah but they make money and then they’d have to…” I don’t give a shit. Save it for Rick Pitino. I think Barcelona could join the NCAA’s Atlantic Coast Conference in 2018, start a new El Clasico rivalry with ACC power Virginia and put Luis Suarez on academic probation.

Besides, it’s not dumb. It’s scientific, and if science is dumb, well, we’re all screwed. So, theoretically, Barcelona’s current squad of reigning Copa del Rey champions would join the ACC and play in front of 735 rabid fans at Pittsburgh’s Ambrose Urbanic Field.

The fun part would be the 2022 MLS SuperDraft! This, frankly, would be the most loaded class since Sporting Kansas City selected Matt “Big Boy” Besler in 2009.

Predicting The 2022 MLS SuperDraft With University Of Barcelona Players

The Colorado Rapids can do no right. Even when they won the 2010 MLS Cup it just felt wrong. But all that changes at the 2022 MLS SuperDraft, because with the first pick of the draft, the Colorado Rapids select University of Barcelona fan favorite Andre Gomes!

As hard as it is for fans to flock to Commerce City, Colorado, they somehow manage to so they can get a glimpse of the quasi-holding midfielder that was voted the worst signing of the 2016-17 season by readers of Marca.

This is just a match made in heaven. Gerard Pique, with all his personal brand power and opinions and social media know-how, arrives in Los Angeles alongside Shakira and gets on the cover of Sports Illustrated — he's bringing soccerball to America! Is it here to stay? Se queda!

After four years of academic probation and various run-ins with the NCAA, Luis Suarez sees his stock fall at the SuperDraft. DC United have a problem with doing goals, so they take a punt on the problem child. This is Major League Soccer's version of Randy Moss, isn't it?

YES! I CAN’T BELIEVE HE FELL TO US! WELCOME TO MINNESOTA, MESSI! WE’RE A NICE PEOPLE.

But can Messi deliver on a cold, snowy night in St. Paul? That's a riddle for the ages. This could turn out to be a bust.

Andre Blake’s departure to whichever club is the best in world around this time will leave a gaping hole in Philadelphia’s starting XI. Marc-Andre ter Stegen isn’t a replacement so much as he is a massive downgrade, but the Union have no other choice.

Kaka will be approaching 40 by this point, so Orlando City will need to inject some youth into their attacking midfield role. Iniesta, closer to 35, will suffice.

The Revs are shipping too many goals. It’s as simple as that. Samuel Umtiti is the most sensible selection here, and the France international will be a cornerstone at the back. No funny business.

Chris Wondolowski’s assault on the MLS all-time goalscoring chart should still be going on, as well as frequent call ups to the USMNT, and the California native will feed on the service provided by Rakitic.

The18 staff writer Travis Yoesting, a Dynamo 4 life, stepped into the shoes of the Houston GM position for this one. Busquets was the top talent left on the board, and he’s going straight into Houston’s engine room.

FC Dallas like to nurture talent, and young Nelson Semedo could continue his development after the University of Barcelona with the Hoops.

After NYRB’s disastrous signing of Rafa Marquez back in 2010, it’s time to take another punt on an aging defender, and what Javier Mascherano lacks in pace, he’ll more than make up for in anus-tearing effort.

You put Paulinho next to Cristian Roldan in the heart of the Sounders midfield and then you let Nicolas Lodeiro and the Cherub ball out. That’s a winning recipe. 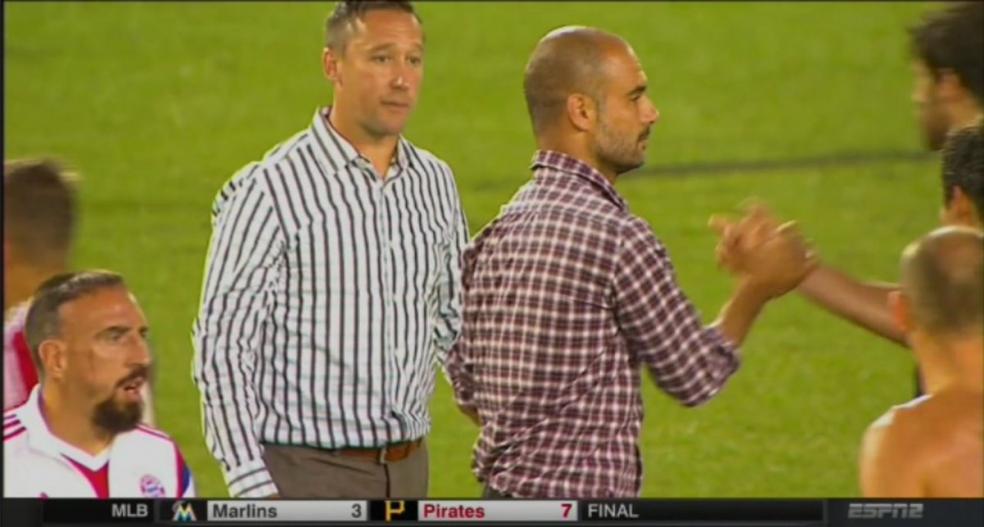 The Portland Timbers don't get a draft pick, sorry.

Ooooh, don't even get me started on this one.

Denis Suarez is from the autonomous community of Galicia, where the climate is heavily marine influenced and experiences heavy rainfall. Off to Vancouver, young man!

One for the future?

We all know Atlanta loves a bit of that South American flair, and that’s what they’ll get with Rafinha in the midfield.

Arda Turan didn't get much playing time from freshman year through senior year, but this seems fine.

It's the Mr. Irrelevant selection! What an apt description for Thomas Vermaelen following his time at the University of Barcelona.