The Bundesliga Is Your Year-Long World Cup Primer 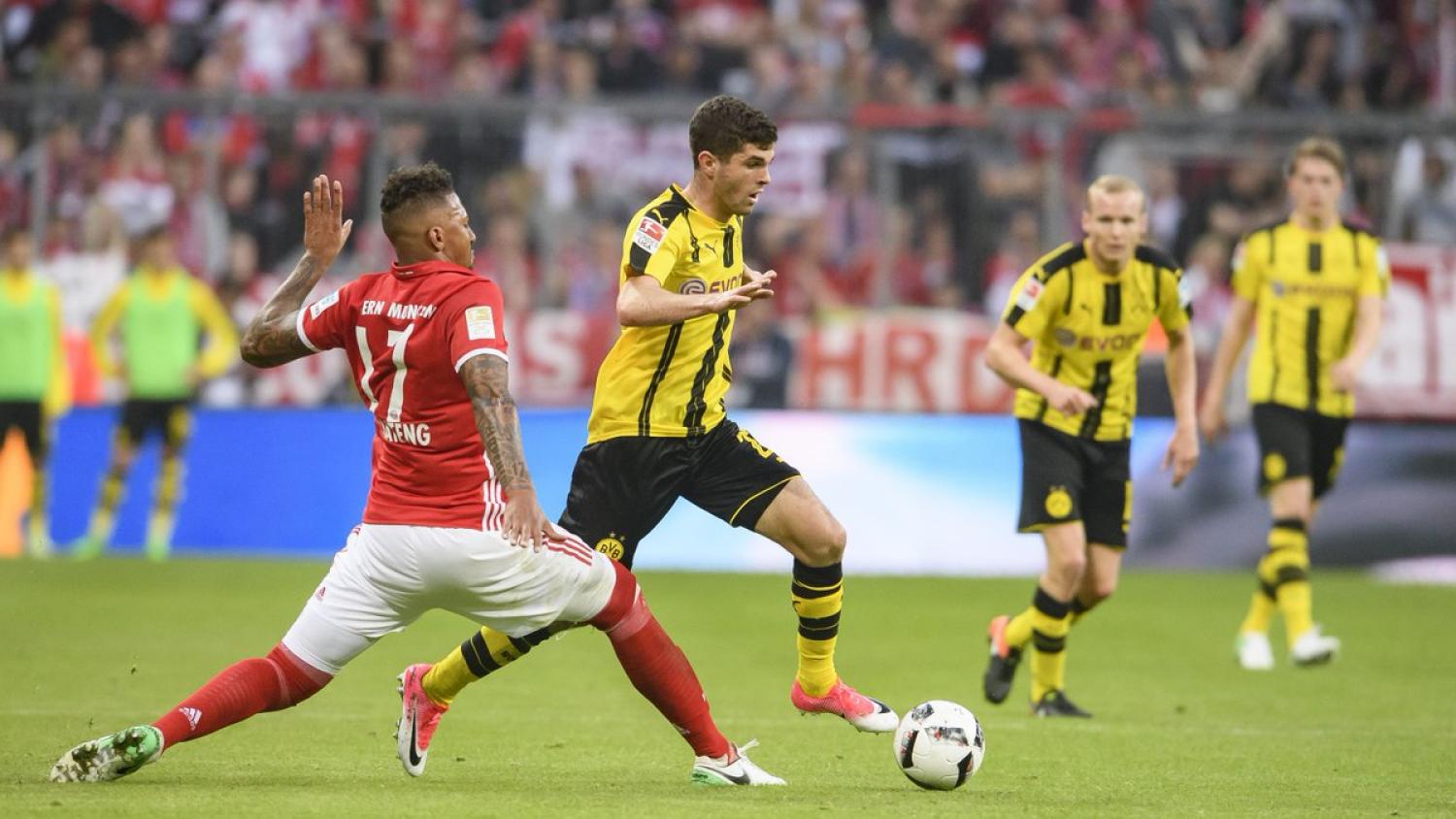 Heading into the 2017-18 season, no league will prepare you better for the World Cup than the Bundesliga.
@FearTheWall | Twitter

The English Premier League, La Liga and Liga MX may be more popular in America than the Bundesliga, but the German league deserves your attention, this year more than ever. The Bundesliga is essentially a year-long World Cup primer.

The Bundesliga features everything that will decide the 2018 World Cup in Russia. If you want the knowledge to impress your friends when the rest of them decide to pay attention to soccer next summer, follow the Bundesliga this season.

VAR (Video Assistant Referee) will makes its #Bundesliga debut tomorrow night in #FCBB04. Want to know how it works? Here's all the info!  pic.twitter.com/2sLQRZ0Cpb

The Bundesliga (followed immediately by Serie A) will become the first major European league to institute video review this season, joining Major League Soccer and Australia’s A-League. After watching how much VAR affected the 2017 Confederations Cup, there’s little doubt there will be plenty of video review controversy next summer.

Having VAR in the Bundesliga (and other leagues) will help referees (and players, coaches and fans) grow accustomed to the technology. Watch enough Bundesliga and you’ll be able to explain to your friends next summer how VAR is only used for cases of goals (offside, foul, handball), red cards (justified, unseen by ref), penalty (warranted or not) and in cases of mistaken identity (for yellow or red cards).

The World Cup is a young man’s game. Germany won the last tournament not simply through the strength of experienced players like Philipp Lahm, Bastian Schweinsteiger and Manuel Neuer, but through the youthful fearlessness of Thomas Muller, Andre Schurrle and World Cup-winning goal-scorer Mario Gotze.

The Bundesliga fosters young players as well as any league in the world. Last season Christian Pulisic, Ousmane Dembele and countless young Germans made their mark on the league. Germany won the 2017 Confederations Cup mostly on the strength of young Bundesliga players like Timo Werner, Julian Brandt, Joshua Kimmich and Leon Goretzka.

The Bundesliga has many more players to watch ahead of the 2018 World Cup and beyond. Learn the names of these stars in the making and you’ll know about them way before they make an impact in Russia.

Kai Havertz, 18, may have just signed his first professional contract in the summer with Bayer Leverkusen, but the midfielder has already made 24 league appearances and played at Wembley in the Champions League. Reece Oxford is an England youth international center back with Borussia Mönchengladbach on loan from West Ham. His teammate, Laszlo Benes, is a 19-year-old Slovakian midfielder who’s creativity could help his national team should they qualify for Russia. If Belgium decides it needs some more youth for its squad, they could look to Wolfsburg’s Landry Dimata. Austria is still in the running for a World Cup berth and 19-year-old Marco Friedl, of Bayern Munich, could help David Alaba and company reach Russia.

Christian Pulisic has made Borussia Dortmund appointment viewing for Americans. FS1 will likely show just as many Dortmund games in America as Bayern Munich games this season simply because of the 18-year-old from Hershey, Pennsylvania.

Pulisic is one of the top teenagers in the world, regardless of nationality. He’ll undoubtedly be a focal point of Bruce Arena’s attack in the World Cup, should the U.S. qualify (they should).

Make sure to watch as many Dortmund matches as possible so when Pulisic scores in the World Cup, you can turn to your friends and say, “I saw him do that against RB Leipzig in October.” 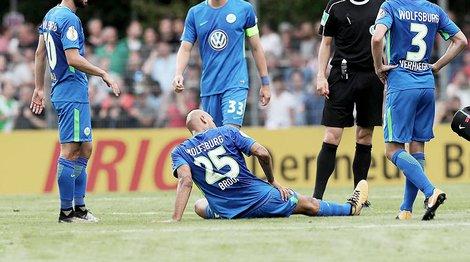 John Brooks is hurt now, but USA fans hope he'll be healthy by next summer.

There are more U.S. internationals playing in the Bundesliga than any other European league, including a number of likely starters in Russia next summer, assuming the USMNT qualifies.

While John Brooks will miss around three months after suffering a thigh injury right before the start of the season, if healthy the Wolfsburg defender (and most expensive American footballer ever) is a starter in Russia. Fabian Johnson and Timothy Chandler will be strongly considered for starting positions. Bobby Wood and Julian Green could play themselves into contention for a roster spot with a good season.

In addition to the players with USMNT experience, youngsters like Schalke’s Weston McKennie, Freiburg’s Caleb Stanko and Hertha Berlin’s Jonathan Klinsmann (yes, that Klinsmann) are long shots for Russia, but could be part of the conversation by Qatar 2022.

Players You Don’t Know — Yet

Aside from the big names at Bayern Munich and Dortmund, there are a number of players you should familiarize yourself with from the Bundesliga. Every World Cup there are breakout stars that most people didn’t see coming. Chances are, one of the stars in 2018 will come from the German league.

Find that hidden gem and impress your friends when you explain that Frenchman Corentin Tolisso joined Bayern Munich from Lyon after last season. Tell them Emil Forsberg, of Sweden, isn’t a hockey player but in fact one of the creative forces behind RB Leipzig’s rapid ascent and has Sweden ahead of France and the Netherlands in qualifying. Jhon Cordoba could line up alongside James Rodriguez for Colombia if his move from Mainz to Koln pans out. If Ukraine can make a late surge into the World Cup, Yevhen Konoplyanka, of Schalke, will be a major reason why. If you really want to impress your friends, correctly pronounce Freiburg defender and Turkey international Çağlar Söyüncü.

The Winner Is Likely To Be A Team You Expect 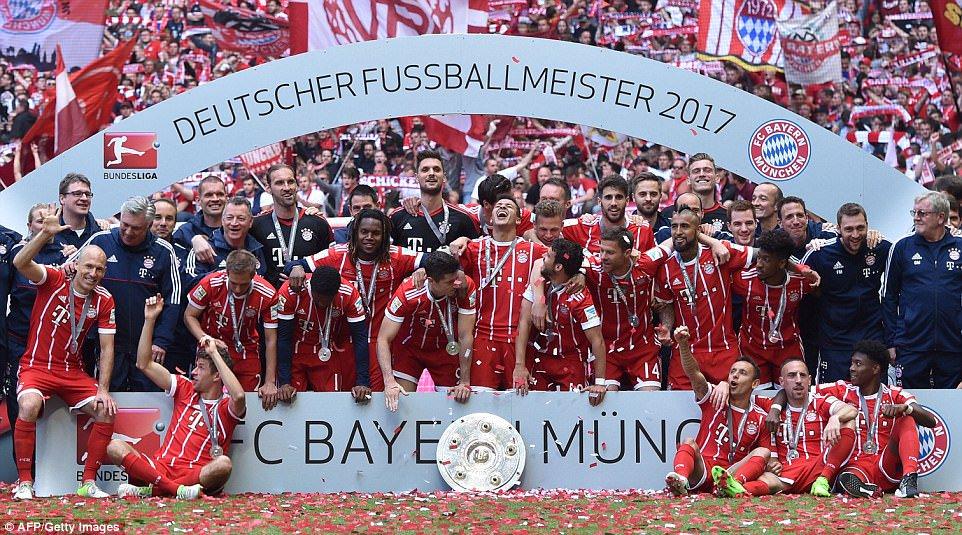 Chances are high Bayern Munich will win the Bundesliga, again.

Bayern Munich has won the last five Bundesliga titles and has three times as many league championships (27) as the next closest team (FC Nurnberg’s nine). Bayern also has more runner-up finishes (10) than anyone else (Schalke 04 has nine). This season, it’ll be Bayern or Dortmund lifting the trophy at the end of the campaign.

In the World Cup, don’t be surprised when it’s Germany or Argentina or Brazil that wins yet again. No, the Netherlands won’t finally break through and no, the U.S. isn’t going to win, even with Pulisic. 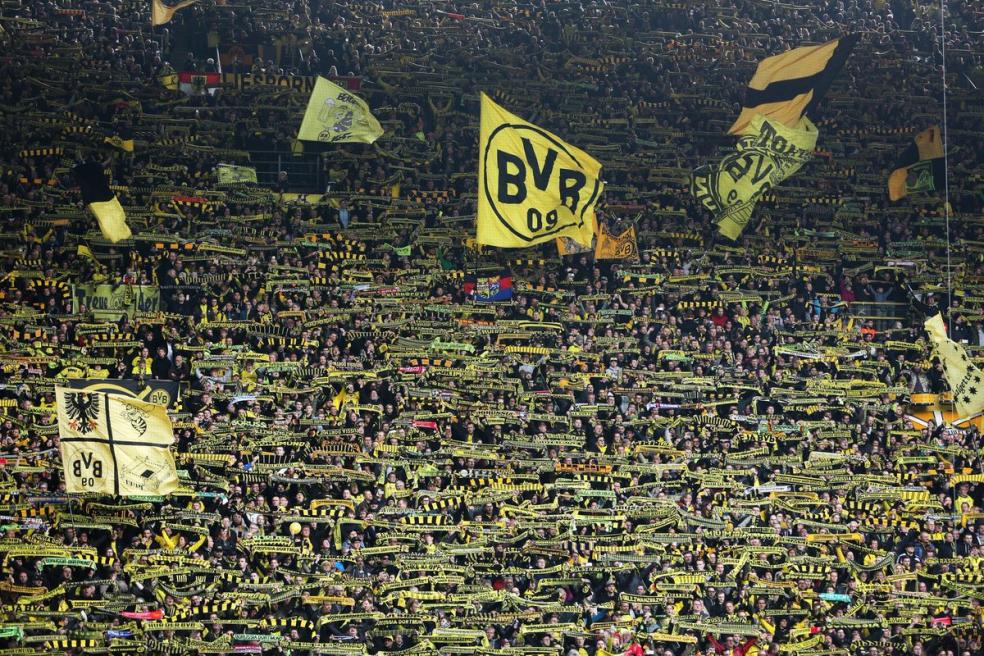 Borussia Dortmund has some of the best crowds in the world.

The World Cup produces the largest audiences of any sporting event. The Bundesliga is the most-attended soccer league in the world and only trails the National Football League in average attendance, making it the perfect league to watch to get ready for next summer’s big tournament.

The 2018 World Cup should have huge numbers of fans coming through the turnstiles unless fans forget to apply for visas and are barred from entering the country. The average venue capacity is 49,300, but 14 of the 65 matches will be played at Luzhniki Stadium (81,000) or Saint Petersburg Stadium (68,000), including the final four matches. 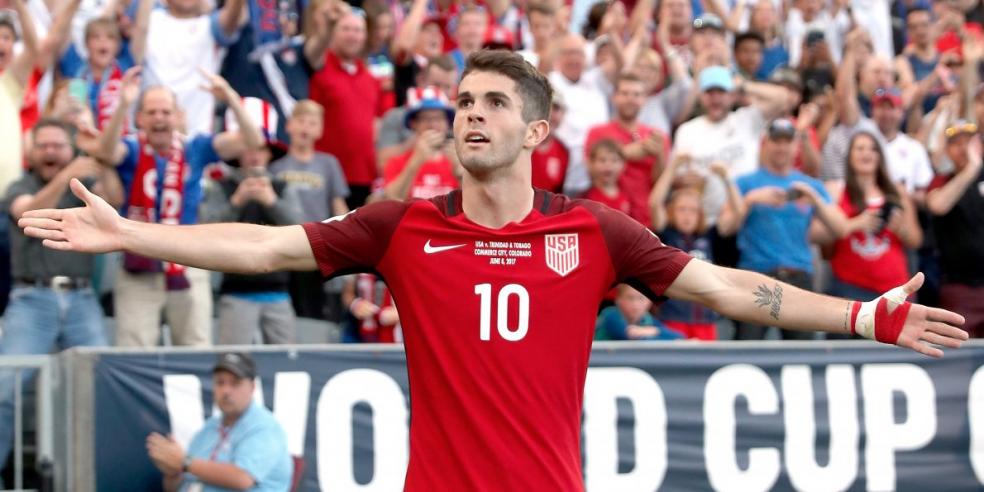 Christian Pulisic is the man.

Not sure we mentioned this guy yet, but he’s pretty good. You should watch him. He plays for the little club known as Borussia Dortmund and will score at least a dozen goals at the 2018 World Cup.