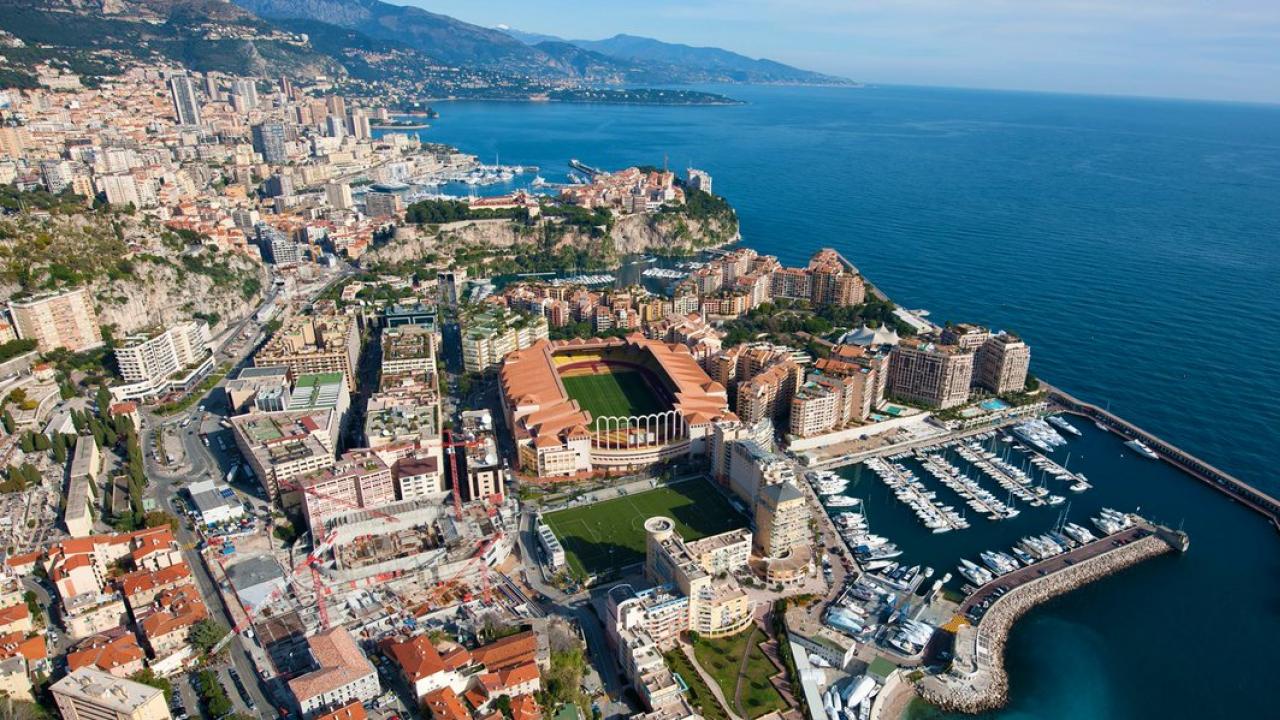 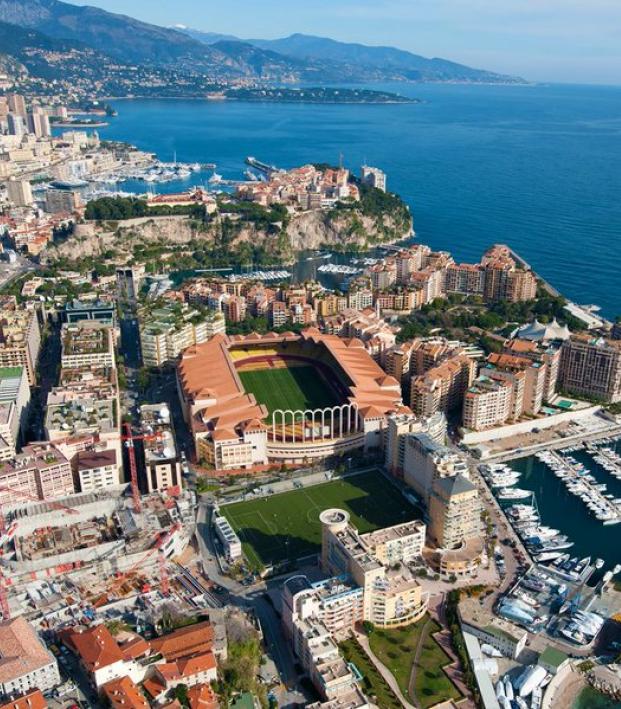 Football is the world’s game. But the world, unlike football, doesn’t have straightforward rules. For this reason, there are countless soccer clubs around the world competing in leagues that geographically or politically don’t make much sense at first glance.

These are the weirdest football clubs in terms of the leagues in which they play. 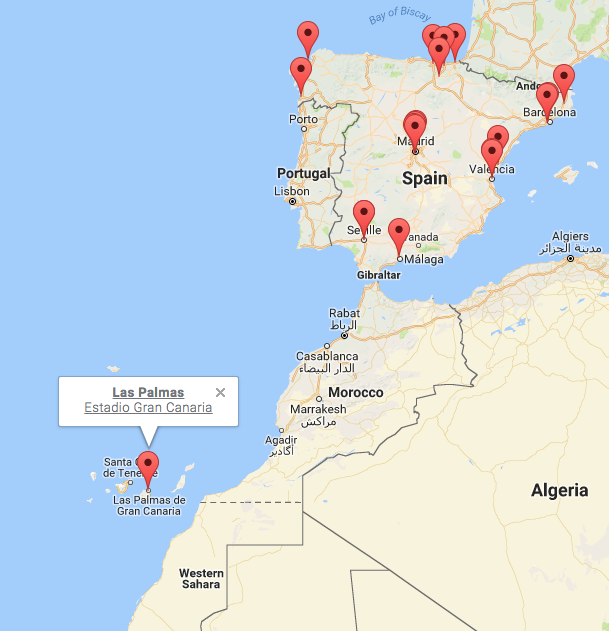 Las Palmas competed in LaLiga, Spain’s top division, until being relegated in 2018, but the club is nowhere near continental Spain. The city of Las Palmas is located in the Canary Islands, an autonomous community of Spain off the western coast of Morocco. A flight from Madrid to Las Palmas takes about three hours. 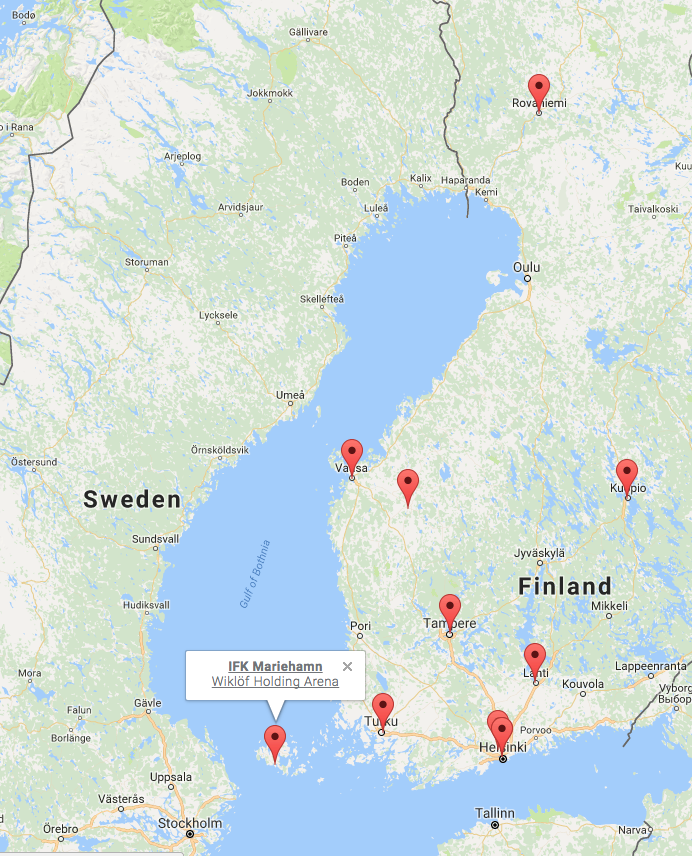 Finland isn’t exactly well known for its football, but one of its best teams in recent seasons is only accessible by plane or boat. Mariehamm is the capital of the Åland, a string of islands in the Baltic Sea at the mouth of the Gulf of Bothnia. Åland is autonomous but under Finnish sovereignty. Nonetheless, 88 percent of Mariehamm residents speak Swedish. IFK Mariehamm won the Veikkausliga in 2016 and the Finnish Cup in 2015. 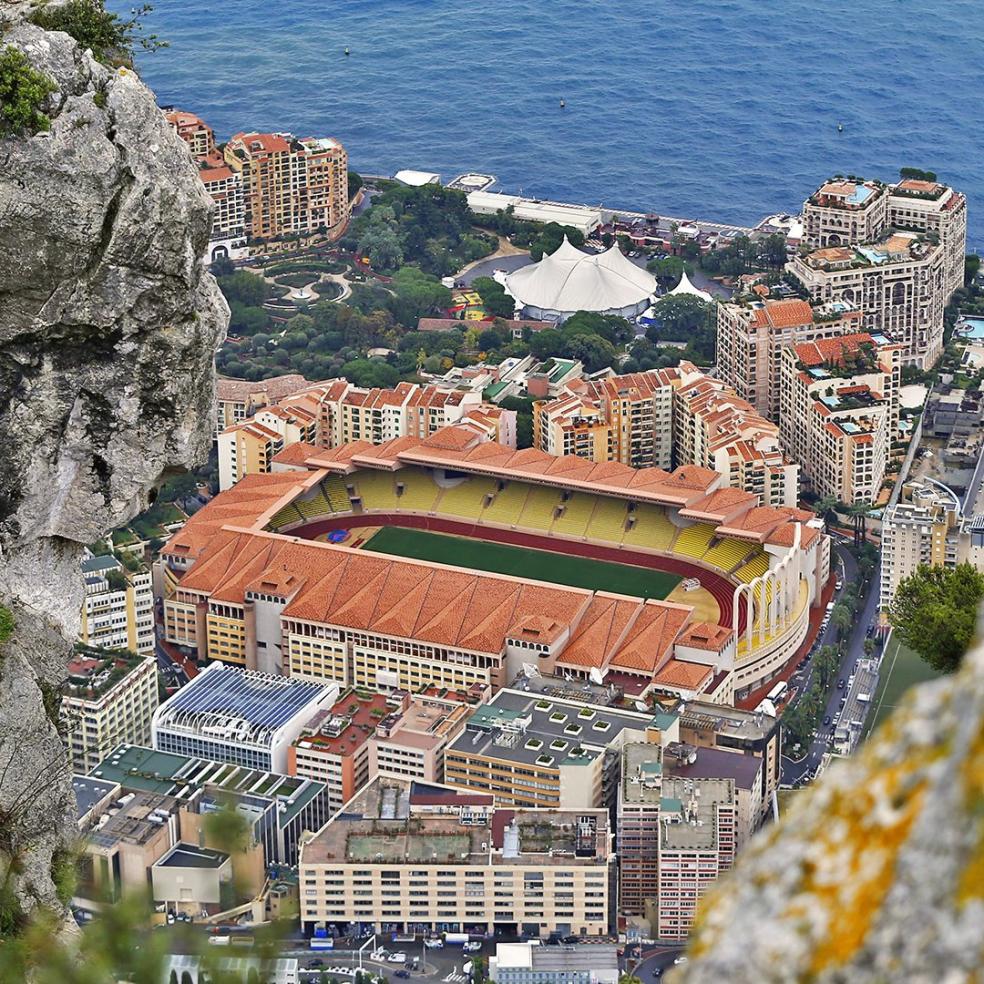 AS Monaco likes to make things awkward for France. The club has won the Ligue 1 title to be proclaimed as the champions of France eight times, but Monaco is not actually a part of France. The Principality of Monaco is a sovereign city-state in southern France, taking up less than a square mile in total area.

Nonetheless, it’s one of the most successful clubs in French soccer history. 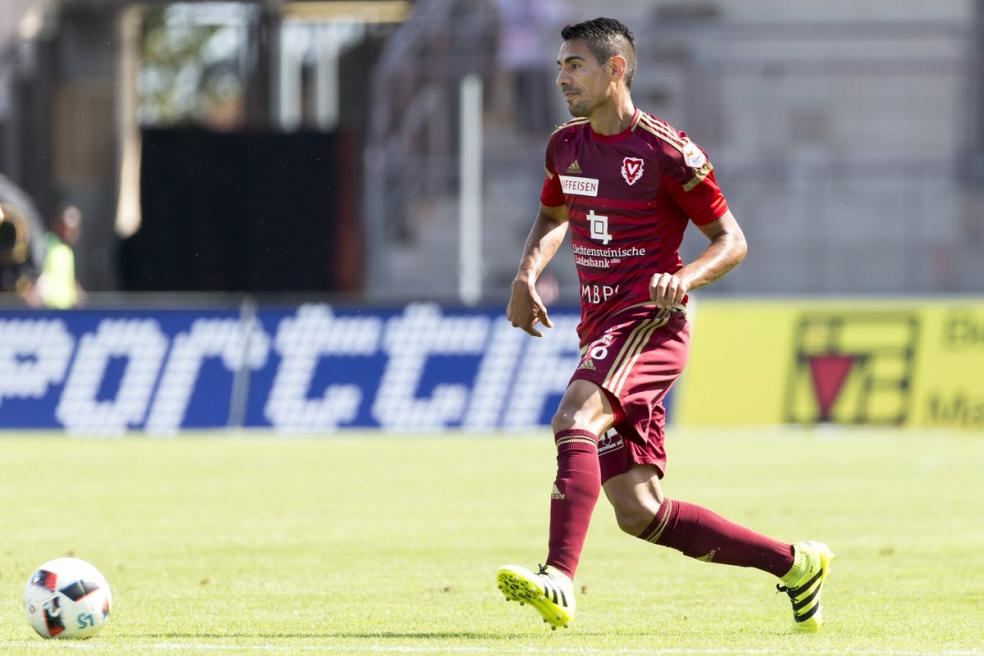 Until its relegation in 2017, FC Vaduz competed in the top league in Switzerland. This is notable because FC Vaduz is not in Switzerland; it’s in Liechtenstein. Vaduz is currently in the Swiss Challenge League, Switzerland's second tier.

Liechtenstein, a tiny country located between Switzerland and Austria, does not have its own professional league — the only member of UEFA without its own league. However, the clubs in Liechtenstein do have their own domestic cup, which gives the winner entry into the Europa League. Vaduz has won that cup 15 of the last 16 seasons. 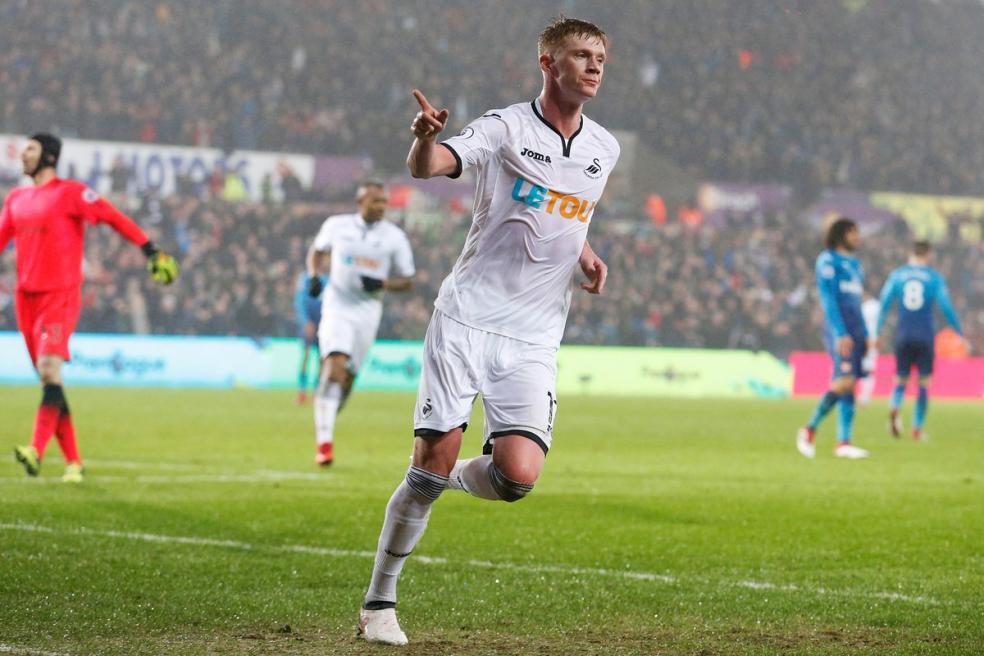 However, six Welsh teams play in the English league system, most notably Cardiff City in the Premier League and Swansea City, currently in England’s second tier. 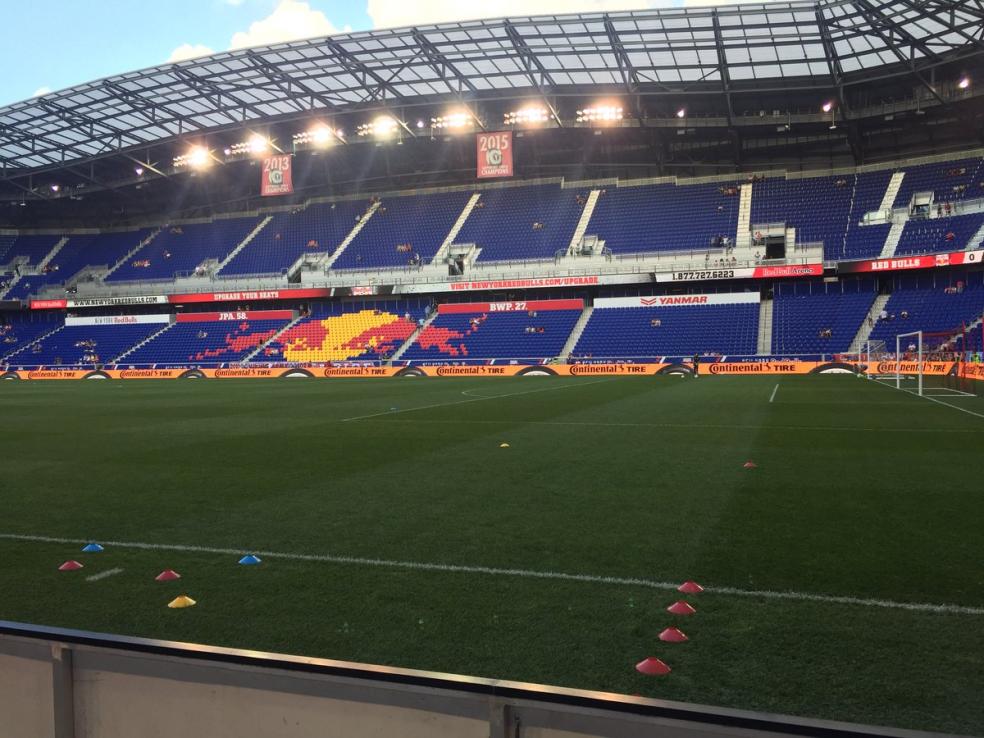 Despite being named the New York Red Bulls, the MLS franchise has never played its home matches in New York. After playing for years at Giants Stadium in East Rutherford, New Jersey, the Red Bulls moved to Red Bull Arena in 2010, located in Harrison, New Jersey.

To be fair, the club was originally (and horribly) named the New York/New Jersey MetroStars, and there’s a long history of American sports teams with New York in the name actually playing in New Jersey. 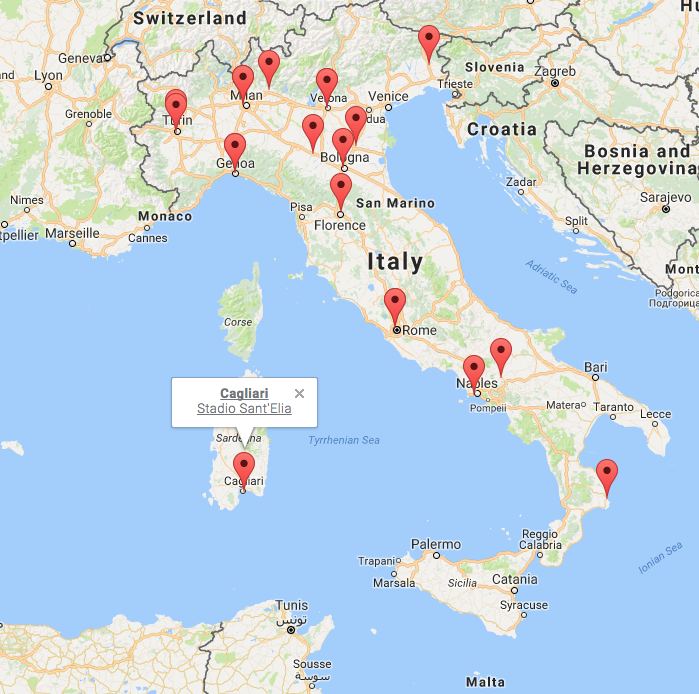 After Palermo (located in Sicily) was relegated following the 2017 season, 19 of Italy’s 20 clubs are located in mainland Italy. The one oddball is Cagliari, located on the island of Sardinia. Gli Isolani (The Islanders) have been around for 97 years and have one Serie A title to their credit, in 1970. To add to the interesting geography, Cagliari is the home of striker Han Kwang-Song (currently on loan to Perugia), who became the first North Korean to score a Serie A goal in 2017.

Side note: Another club that could have been included in this list is San Marino Calcio, a club located in the Republic of San Marino that competes in Italy’s third tier.

FC SKA-Khabarovsk was promoted to the Russian Premier League in 2017 and while it isn’t on island surrounded by water like some of these teams, it is an island in the immense landscape that is Russia.

Located in the city of Khabarovsk, the club is on the far eastern side of the country, closer to Korea and Japan than any other league rival. A flight from St. Petersburg to Khabarovsk takes about 7.5 hours while it would take 111 hours over 5,442 miles and seven time zones by car. (We don’t suggest driving.)

Fortunately for RPL fans, Khabarovsk was relegated in its first season in the top flight. 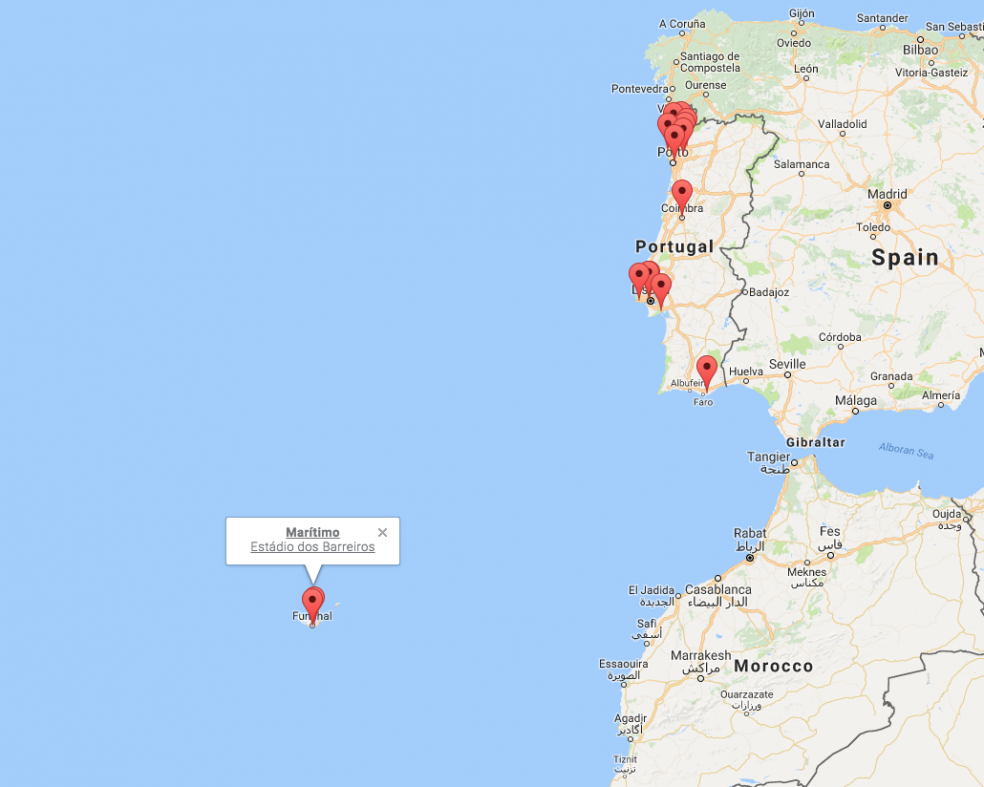 Madeira is most known as the birthplace of Cristiano Ronaldo. It also has a club competing in the Primeira Liga, C.S. Marítimo.

Madeira is an island chain in the Atlantic Ocean about 250 miles north of the Canary Islands. It takes about an hour and 40 minutes to fly from Lisbon to the Cristiano Ronaldo International Airport in Madeira, where you can take in one of the world’s most beautiful statues. 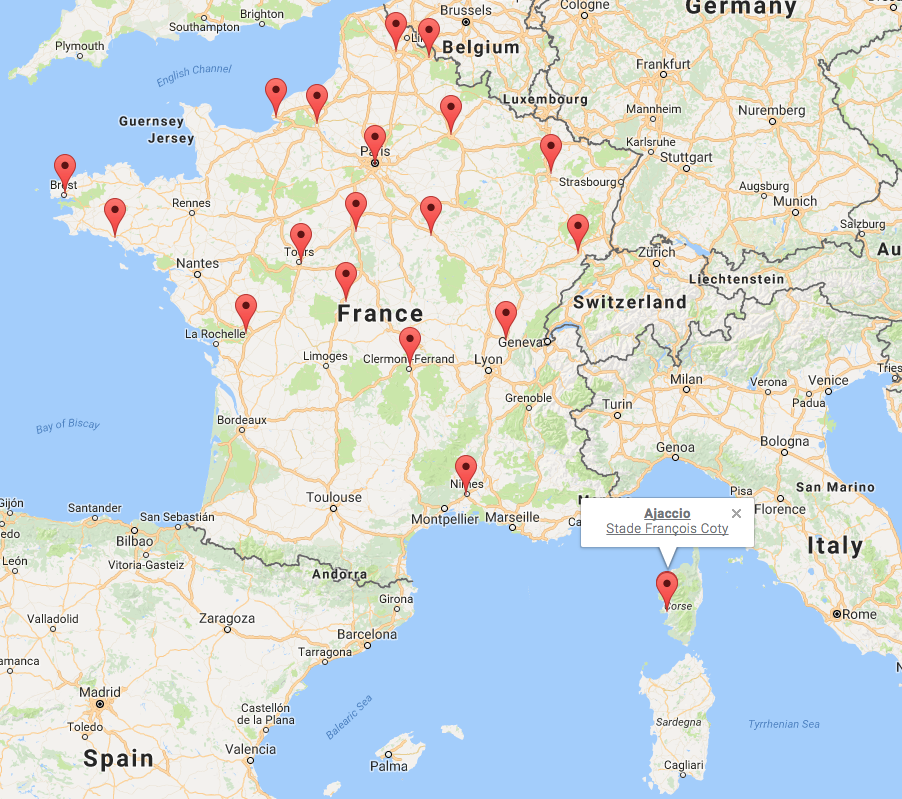 Ajaccio is a city located on the Mediterranean island of Corsica, just north of Sardinia. Ajaccio is where Napoleon Bonaparte was born, but more importantly for our purposes, it’s the home of AC Ajaccio, a member of France’s Ligue 2. AC Ajaccio’s biggest rival, SC Bastia, was in Ligue 1 during the 2016-17 season, but currently plays in France’s fifth tier for punishment for financial irregularities.