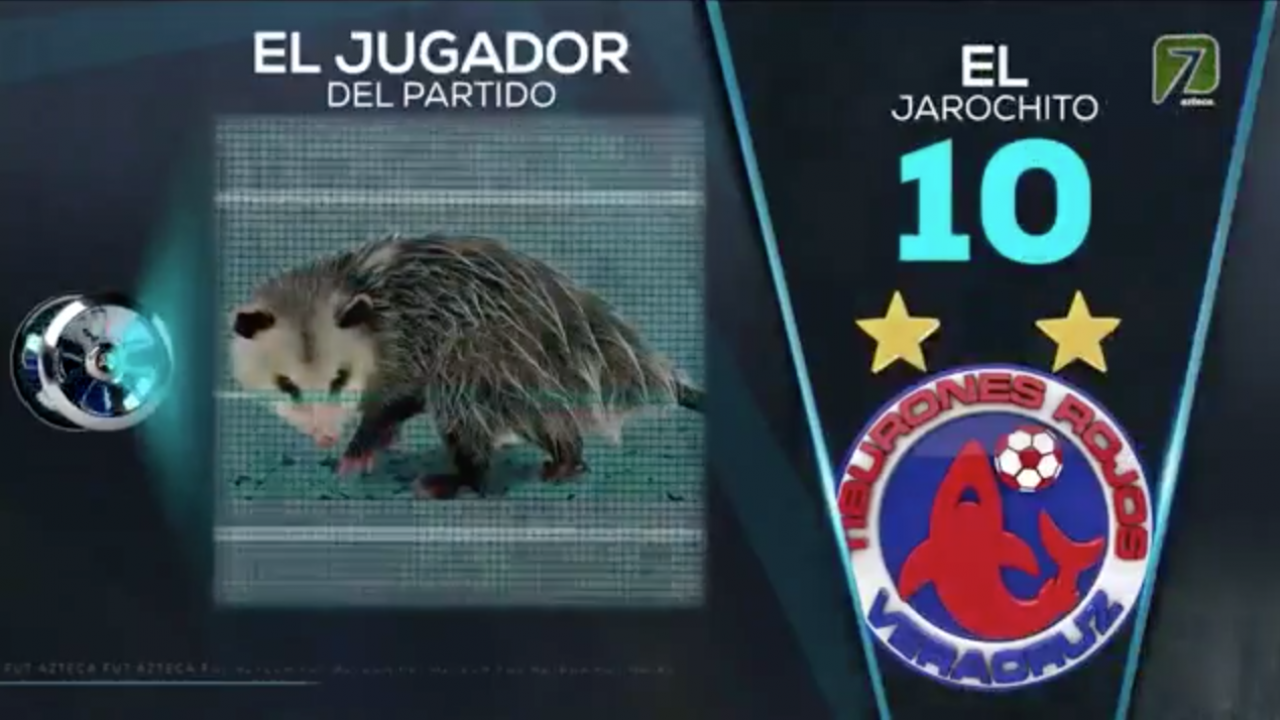 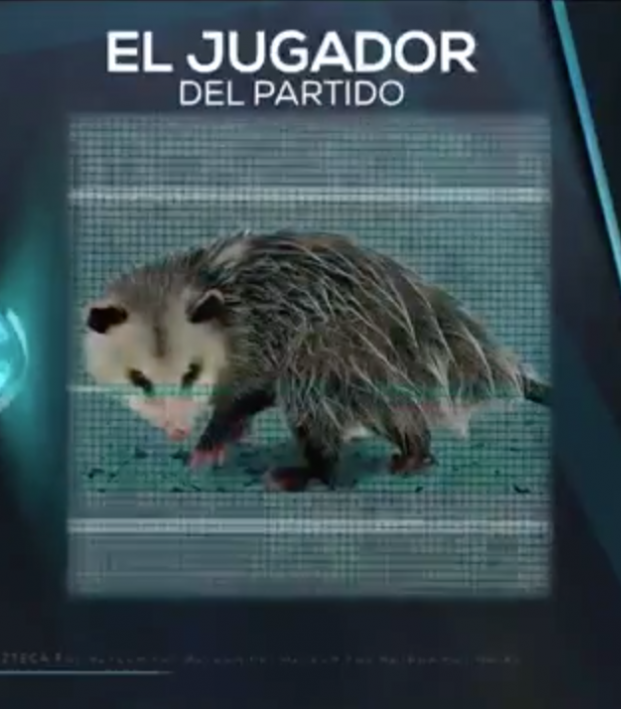 Puebla defeated Veracruz 1-0 on Friday night for its first victory of the 2019 Liga MX Clausura campaign. The football wasn’t anything inspiring, as Lucas Cavallini headed in the lone goal in the 38th minute and Veracruz had a man sent off for a bad challenge early in the second half.

But holy shit did you see that possum?!

Look, the match itself wasn’t anything we’d normally write about. Here’s Cavallini’s goal, a simple header after a cross from the right wing.

And here’s Rodrigo Lopez’s red card for putting his cleats where they don’t belong.

Those were the lone highlights that involved some sort of soccer.

The real highlights involved a marsupial.

During the match, a friendly possum fancied him or herself a footballer (a vet we asked to determine the sex couldn't tell from the limited viewing angles, and yes we fucking asked but we're responsible reporters here).

The possum traipsed around the field with supreme confidence, the likes of which haven’t been seen at Puebla since Jared Borgetti spent a season with the club in 2009.

Now, usually, I (and I assume most people) find possums to be hideous, disgusting little vermin. But there’s something about this little guy that makes him kinda cute. Amirite?

The possum really stole the show. In fact, TV Azteca named the fella the player of the game.

Great work from the graphics department, though we do worry that this will only encourage more possums to invade pitches. Jaroche is what people from Veracruz are called, hence the Jarochito moniker. The announcers did point out Jarochito’s slight limp, which of course limited it to just five minutes on the pitch.

The appearance of a possum at a match involving Puebla, Los Camoteros (The Sweet Potatoers) is certainly fitting. People in the Americas have long eaten possum with sweet potatoes (according to Wikipedia), and on Friday night the Los Tiberones had to deal with both. But we all know sharks are no good on grass, so of course Puebla won the match.

But Jarochito has a ways to go to be the best little varmint in the Americas. Toronto FC has Puebla beat with this squirrel, who actually scored a goal.

And neither were anywhere near as cute as this little guy.