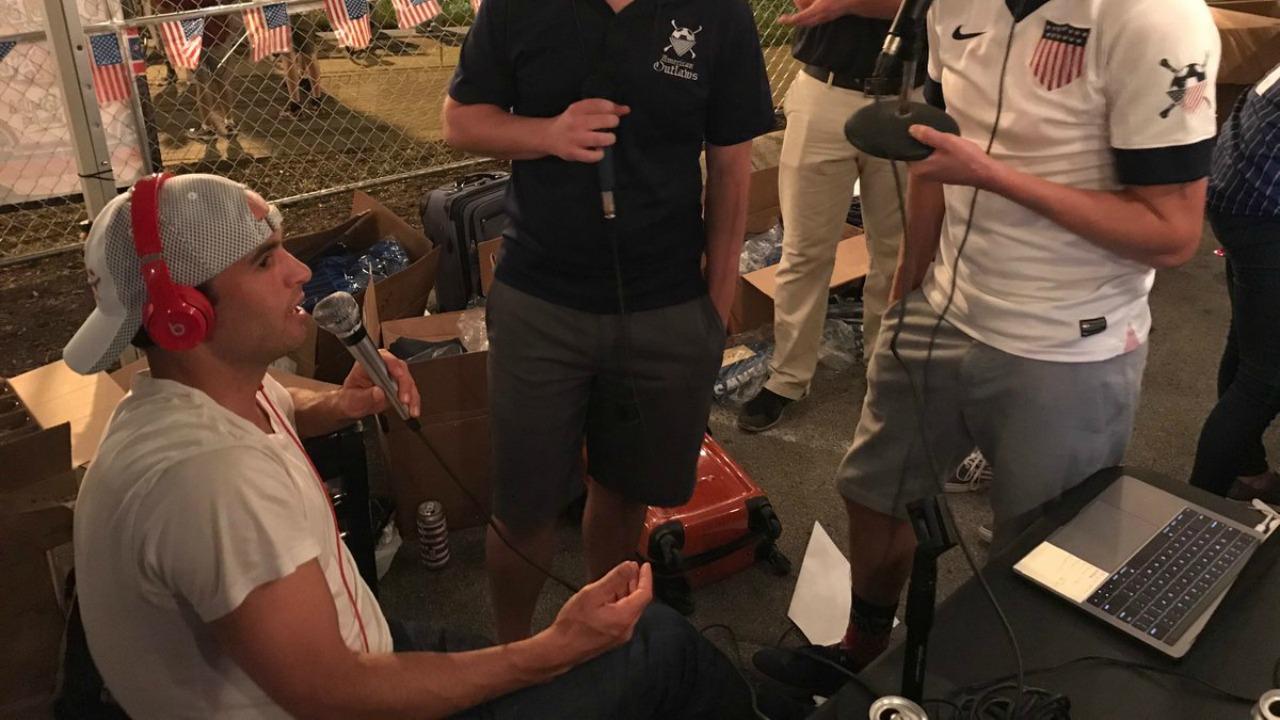 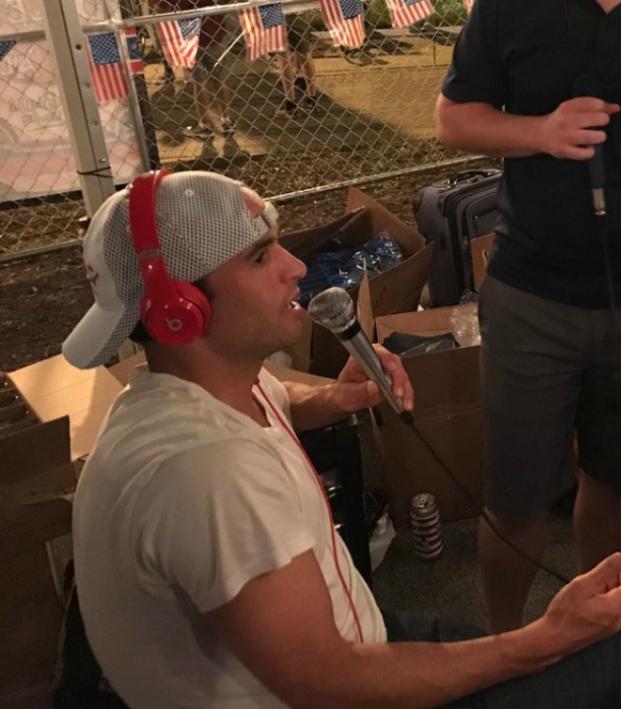 When the United States began their Gold Cup campaign last Saturday I was in a bar. I was there to watch this game, but somewhere around the 30th minute I started to drift. I was like a pass from the American midfield — serenely floating here and there without any purpose or sense of direction.

Dom Dwyer’s opening goal sent the bartender on a rambling ode to Sydney Leroux that lasted until tonight’s match against Nicaragua, a week-long sonnet on unrealized love.

But what I thought back then — and what I think now — is that Landon Donovan is a good commentator, but I can’t hear him.

I can hear him from the comforts of my own couch, but in the bar he’s an ephemeral bit of static, a prolonged moment of white noise between the much nearer sounding voices of John Strong and Stu Holden.

Checking to see if I had any hair left RT @sluggahjells: Get that last minute scratch in good sir @landondonovan. pic.twitter.com/65SgONUBZE

Donovan’s voice is an audio phenomena. It sounds as though it’s being put through an intense, roaring filter before reaching your ears, like a Beastie Boys song. It’s a crackle that's naturally engulfed in a state of background noise before actually being transmitted into the hullaballoo of the bar. I can only hears bits and pieces.

I took a few notes on what I could actually hear from Donovan (in between sipping on coolants in the 90° humidity and having a friend refresh my memory with regards to everything that’s happened so far in the first six seasons of Game of Thrones), and it actually revealed some sage advice:

“Get around the ball…IT’s OKAY TO WAIT…CAREFREE, I SENSE A REAL MATURITY.”

“This is a Nicaraguan sandwich here.”

I’ve heard Donovan commentate at places besides the bar, and I think he’s good. He’s got a nice understanding with Holden in the booth, and he’s got an absurd amount of firsthand knowledge. He’s a primary source that demands your attention.

If you’re not interested in the opinion of the greatest American player of all-time, who experienced life as a professional in Germany as a 17-year-old, played for Bayern Munich and Everton and is inundated with American soccer knowledge built over a 15-year career in the States that lasted up until as recently as 2016, you’re also the kind of person that loves Skip Bayless and Colin Cowherd.

After winning the 2013 Gold Cup MVP and then getting booted from the 2014 World Cup squad, he's also been a really good sport when talking about how this tournament can really boost your international stock. Sooner or later, that massive elephant in the room is going to have to be aired. I think we'll get a Landon Donovan tirade in the semifinals, and it'll be great.

You could accuse him of being pro-Arena (“Bruce this...Bruce that...”) and LA Galaxy (Gyasi Zardes should write Landon a letter of thanks), but we could not have a better commentator than Donovan when it comes to analyzing the thinking and decision making of Bruce throughout the World Cup.

But I’ll be watching those World Cup games at the bar, and I won’t be able to hear a goddamn thing he says.