Not Only Did He Score A Worldie, Joshua Kimmich Ran Over 8.5 Miles Against Dortmund 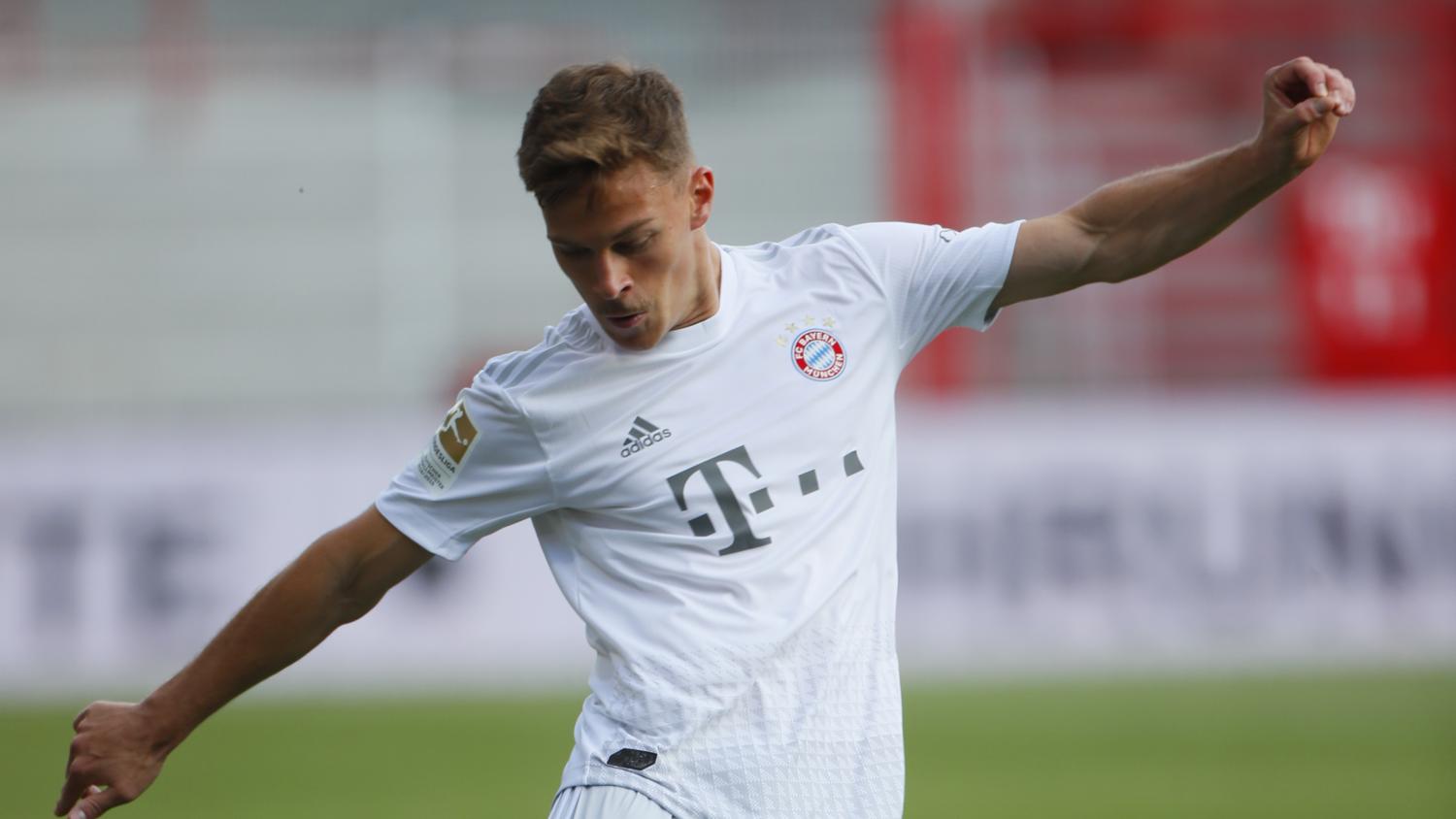 The midfielder set a Bayern record for distance covered on Tuesday.
Getty Images

Joshua Kimmich's winner in Bayern Munich's big game against Borussia Dortmund on Tuesday not only put the Bundesliga champions on track to retain their title but was a reminder of the midfielder's importance to their success.

The 25-year-old, whose delicate chip over the Dortmund keeper took Bayern seven points clear of their rivals with six matches remaining, will lead the team again against in-form Fortuna Duesseldorf on Saturday.

The Germany international, who joined Bayern in 2015, has filled the leadership void left by the retirement of Philipp Lahm and Thomas Mueller's struggle for form in recent seasons. He is equally at ease as fullback or in a playmaking role in central midfield.

"His development has been excellent," coach Hansi Flick said following his performance on Tuesday. "He was a fullback and we decided to put him in the six position because there he can better use his strengths. He moves a lot, he establishes order, he can attack while also acting as a support to the defense. He pushes teammates on, he is focused and has a winning mentality. Not only in the team and in training.”

Disciplined and indefatigable, Kimmich has started every game for Bayern this season, scoring three goals and setting up five more. He has run more per match than any other player in the league.

13.73 - Joshua #Kimmich has run 13.73 kilometers in today's game against #BVB, setting a new record for a @FCBayernEN player since 2013-14, when tracking data were first measured. Powerhouse. #BVBFCB pic.twitter.com/yG58ayPdWd

His goal against Dortmund, played in an empty stadium because of the coronavirus pandemic, may have unlocked the door to a record-extending eighth consecutive Bundesliga title though Bayern had a tough start before the arrival of Flick.

Duesseldorf have turned their season around since the arrival of coach Uwe Roesler in January, having lost just once in their last nine games. They beat Schalke 2-1 on Wednesday and have climbed to 16th, the relegation playoff spot.

"With this kind of attitude we have a huge chance (to stay up)," Roesler said.