It’s a miracle! Injured Indonesian player is suddenly healed and jumps off stretcher back into game 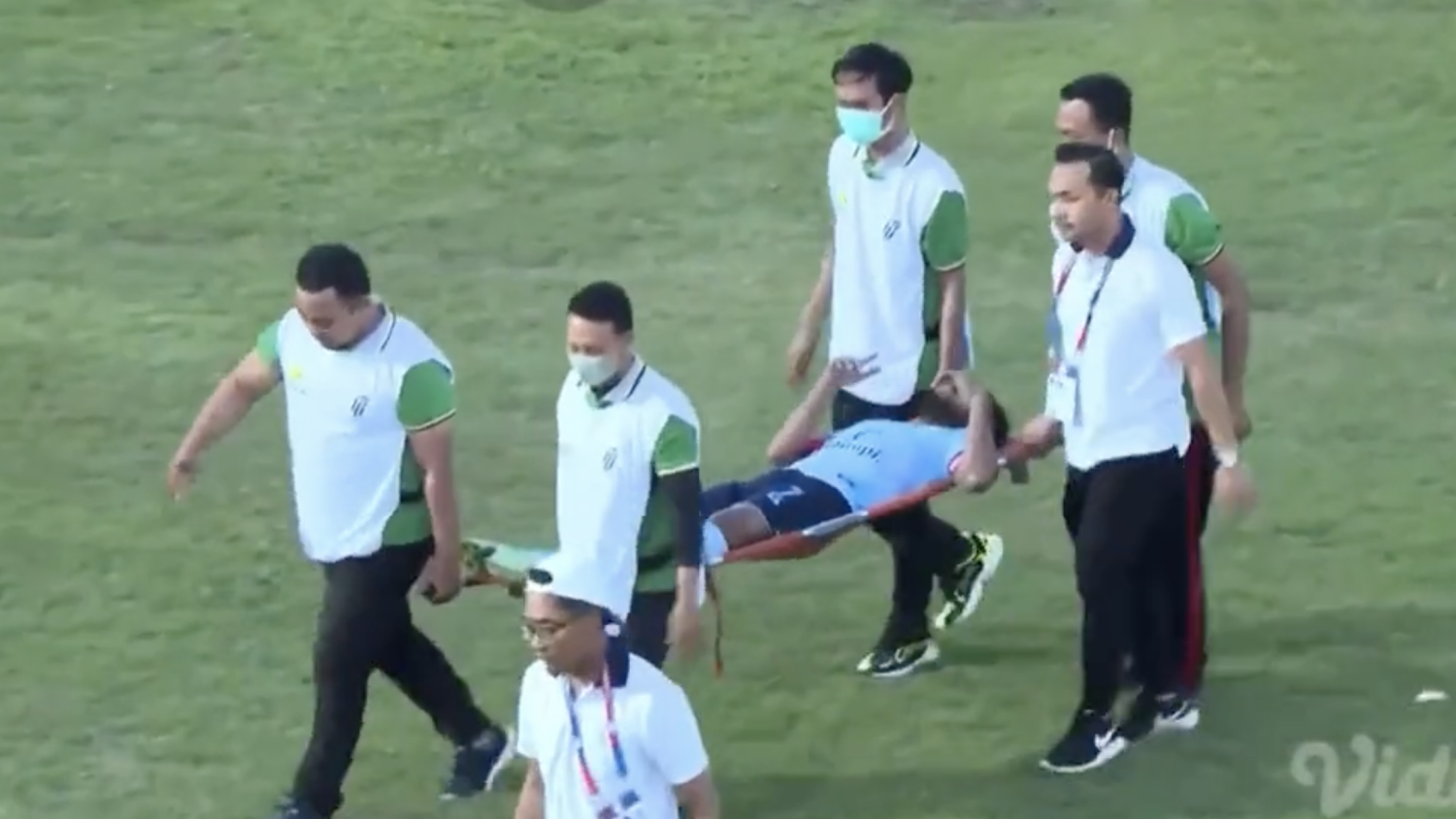 The world works in mysterious ways. That was the case for Indonesian forward and captain Zulham Zamrun as he made one of the most remarkable recoveries in sports history during a Liga 2 match in Indonesia.

The 34-year-old captain had given it all for his team Persela. With his team leading 2-1 and just seconds left in the game... disaster struck. Zamrun had picked up a horrific injury. We’re not sure what was hurt, all we know is that he had to be taken off via stretcher.

Was this the end of the line for the 34-year-old? Was the Indonesian journeyman who has played for 13 different clubs witnessing the final moments of his illustrious career? This appeared to be the case as the stretcher took him off the field.

Then a miracle unlike anything this world has seen occurred, Zamrun was healed. Scientists are still trying to get to the bottom of this superhuman recovery speed.

Take a look for yourself.

In all seriousness he needs to be sued for copyright violation of the Key and Peele ‘Fútbol Flop’ skit. He stole that video's plot word for word, bar for bar.

Zamrun’s shenanigans are the worst acting I’ve seen since that one guy in the Romanian league pretended to be dead after a slight tap on the shoulder. Ironically enough in that story I also brought up the same Key and Peele skit.

Good to know my humor hasn’t changed over the course of the last two years.