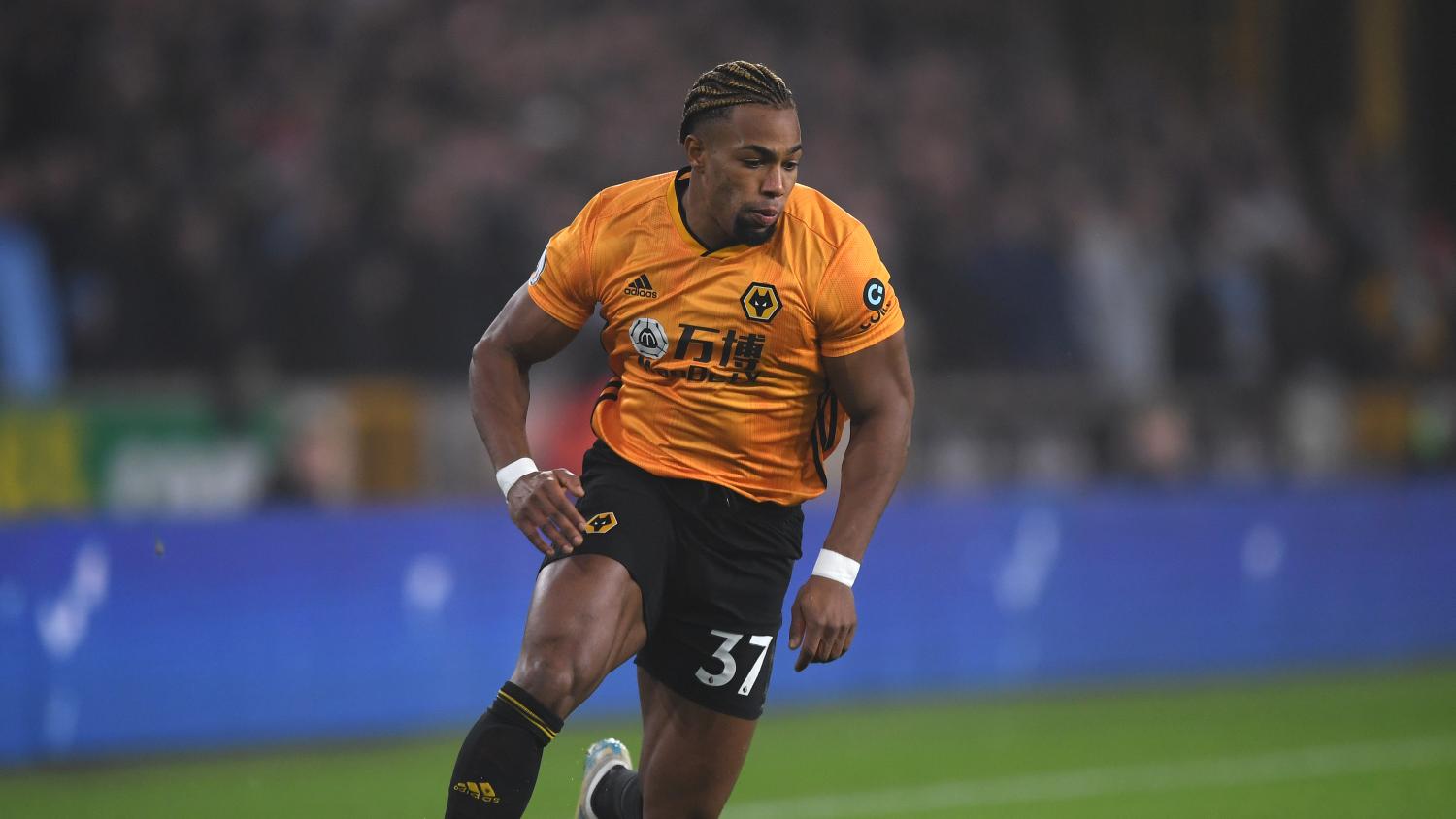 The Wolves forward has been approached by NFL teams in the past, a teammate said.
Getty Images

Wolverhampton forward Adama Traoré is one of the fastest soccer players in the world. The 23-year-old Spaniard has clocked in at a blistering 23.61 mph in training and has reached speeds of 22 mph in games.

Traoré’s physique is what separates him from other speedsters like Kylian Mbappé and Mohamed Salah. The Wolves forward stands at 5-10, but weighs 159 pounds, the majority of which is muscle.

This combination of raw speed and physicality caught the eye of NFL teams, Traoré’s teammate Romain Saiss said. During an interview with RMC Sport, Saiss said NFL teams approached Traoré during his time at Barcelona.

How does Traoré’s speed compare to Tyreek Hill or Christian McCaffrey from the NFL?

How Fast Is Adama Traore Compared To NFL Players?

For this comparison Traoré’s in-game speed of 22mph will be measured against the fastest runs from the most recent NFL season. One factor to consider is Traoré doesn’t have to worry about a helmet and pads weighing him down.

The crown for speed belongs to San Francisco 49ers running back Matt Breida. In Week 5 of the NFL season Breida torched the Cleveland Browns’ defense with an 83-yard rushing touchdown.

Closely behind Breida is Cordarrelle Patterson from the Chicago Bears. In the second week of the NFL season he found room against the Denver Broncos for a quick 46-yard rush.

Cordarrelle Patterson breaks past the defense for 46 yards! @ceeflashpee84 #CHIvsDEN

Beating out Traoré by the slightest of margins is Cincinnati Bengals returner Brandon Wilson. He broke the 22-mph barrier during the opening kick return against the Baltimore Ravens.

Brandon Wilson's first NFL TD is a 92 yard kick return to the HOUSE! #CINvsBAL (via @nfl)pic.twitter.com/9V9bOWCSth

The Wolverhampton speedster doesn’t wear pads or a helmet, but he does have to control a ball at his feet. Each sport comes with its respective challenges, but with this kind of speed and physicality, Traoré could have a back-up career in mind.

Nipping at the heels of Traoré are two star running backs from Carolina and Cleveland. Both players exploded for 80+ yard touchdown runs when they hit their respective top speeds.

McCaffrey takes one 84-yards for the Panthers (-3)!pic.twitter.com/LH5odCnDWB

Nick Chubb 88 yards to the HOUSE. His 3rd TD of the day. pic.twitter.com/QNQTDnUpGx