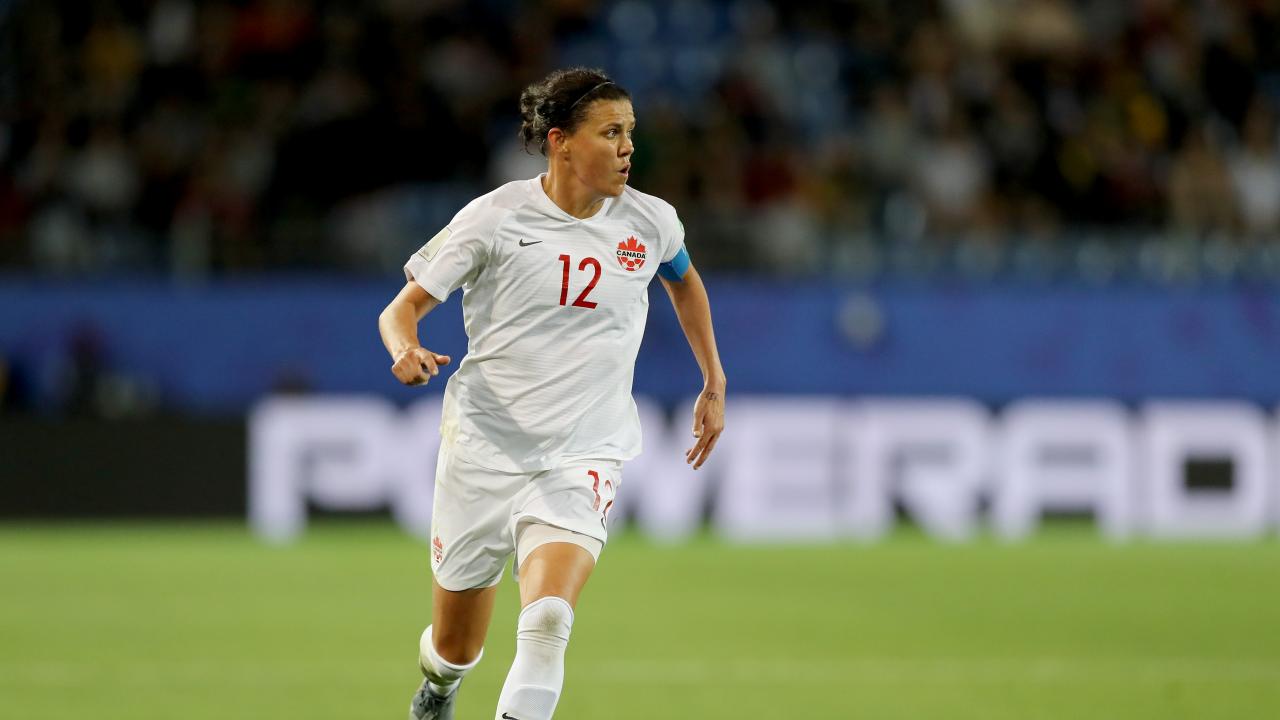 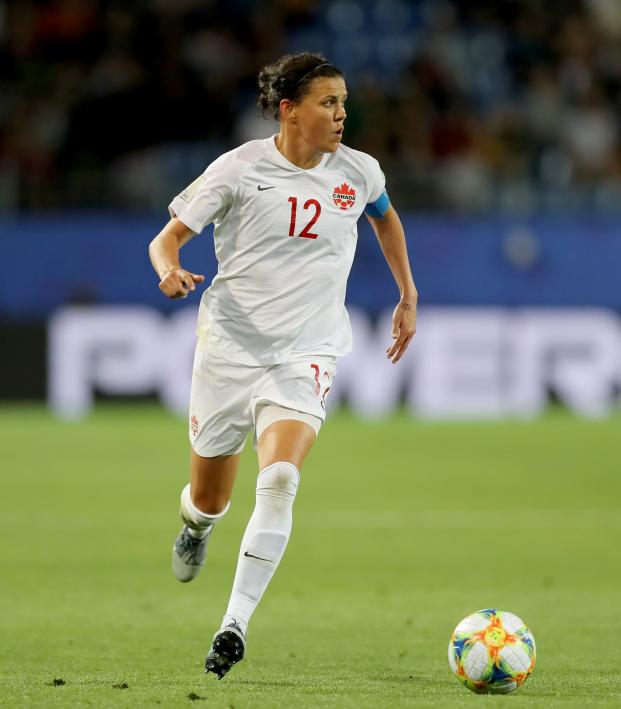 On Wednesday afternoon at HEB Park in Edinburg, Texas, Christine Sinclair scored two goals to break Abby Wambach’s record for most international goals, man or woman. It might just be the best record in sports.

Sinclair has scored 185 goals in 290 appearances. While it took her 34 more games to reach the mark than Wambach, Sinclair’s record is more impressive. Sinclair didn’t have the luxury of playing in some of the best teams women’s soccer has ever seen — and she had to regularly play against those best teams, scoring 11 times against the U.S. It’s not hard to explain why Sinclair’s goal tally is more remarkable than Wambach’s.

Thank you to EVERYONE for all the messages...I’m slightly overwhelmed. Thank you to all my teammates, coaches, staff, friends and family.185 would not have been possible without you. pic.twitter.com/fP6vD43PUW

But where does Sinclair’s mark stand among the pantheon of sports records? How does it stack up to Wayne Gretzky’s NHL points record, Nolan Ryan’s no-hitters record or Kareem Abdul-Jabbar’s points record?

Comparing records within sports is difficult, what with varying levels of competition. Would Pelé have been as successful if he had played in the current era? Is it more impressive to score five goals in a men’s World Cup or a Women’s World Cup? Then there’s the question of whether it’s better to have scored the most goals in a game, season or career.

Comparing records across sports is even more difficult.

How do you even begin to assess the countless disparities between entirely different games? There are innumerable ways to tackle the question.

All of this is to say that no matter what I say next, people will disagree with me, and that’s OK. Greatness in sports is subjective; it’s part of what makes being a fan so fun. We could argue until the end of the world whether Lionel Messi or Cristiano Ronaldo is better and no one would truly be wrong. These are unquantifiable claims.

All that out of the way, I do believe Christine Sinclair’s international goals mark is the best record in sports.

There are a number of incredible records in soccer — stats like Lionel Messi’s 91 goals in 2012, Just Fontaine’s 13 goals at the 1958 World Cup or Kristine Lilly’s remarkable 354 international appearances.

What makes Sinclair’s better than them all?

There’s no way I’ll ever convince a diehard Orioles fan that Sinclair’s record is better than Cal Ripken Jr.’s consecutive games streak. It’s a fool’s errand to prove to an NFL fan that Sinclair’s feat is more impressive than Derrick Thomas’ seven-sack game in 1990.

Sport, as I said, is subjective, and that’s the beauty of it.

So why do I think Sinclair’s international goals mark is the best record in sports? Because of what it means to her, her teammates and her sport.

Despite being one of the greatest women’s soccer players of all time, Sinclair is a humble, unassuming athlete. While known for her goal scoring, she could probably be the greatest midfielder of her generation if she was positioned a little farther from the goal. Her all-around game is something many take for granted, whether it’s her tactical acumen, passing vision or clinical finishing.

Sinclair has never played for dominating teams, but she’s always had team success. While in college at the University of Portland, the Pilots won their only two NCAA titles in school history. She’s led three different pro teams to titles, winning wherever she goes.

With the Canadian national team, she’s always been the best player, the key figure everyone looks to in the big games. She leads Canada in caps, goals and assists, with more than double the woman in second place in the latter two categories.

What’s most impressive about Sinclair’s goals record is that she turns up in the biggest moments for her team.

Sinclair has scored 10 goals in 21 Women’s World Cup matches spanning five tournaments (Marta is the only other player to score in five World Cups). She’s scored 11 goals in the Olympics, including a record six in 2012, trailing only Brazil’s Cristiane’s total tally of 14.

Never was Sinclair’s “big-game player” label more on display than at the 2012 Olympics when Canada faced tournament favorite United States in the semifinal at Old Trafford. What transpired was one of the most extraordinary individual performances ever seen at the Theatre of Dreams.

Sinclair bamboozled a Christie Rampone-led defense and fired three shots past Hope Solo that summer night in Manchester. Three times she put Canada into the lead, her third coming in the 73rd minute.

The U.S. simply could not stop Sinclair, and it took some questionable officiating decisions for the Americans to finally pull level and force extra time, where they prevailed over an exhausted Canada side with a 123rd-minute winner from Alex Morgan.

Though Sinclair and Canada lost the match (they would go on to win bronze), there was no doubt who the best player on the pitch was that day. It wasn’t Abby Wambach, Hope Solo, Megan Rapinoe or Alex Morgan — it was Christine Sinclair.

Had Sinclair been born a little south, in the U.S., who knows how her stats would have turned out differently. Perhaps, playing for a better team that regularly crushed the opposition, she would’ve scored more, as was beneficial to Wambach and Mia Hamm. Or perhaps, without a need for a singular goal scorer, Sinclair would have transformed herself into a creative midfielder, threatening Hamm’s record of 145 assists.

But Sinclair was born in just outside Vancouver and carved her own path to history.

Christine Sinclair’s international goals record isn’t one that can never be broken; few records are unbreakable. Indeed, Alex Morgan is currently scoring at about the same rate and at 30 still has some good years ahead of her. But at 36, Sinclair will almost certainly keep adding to her tally, starting on Saturday against Jamaica, against whom she’s scored 11 times (all multi-goal games).