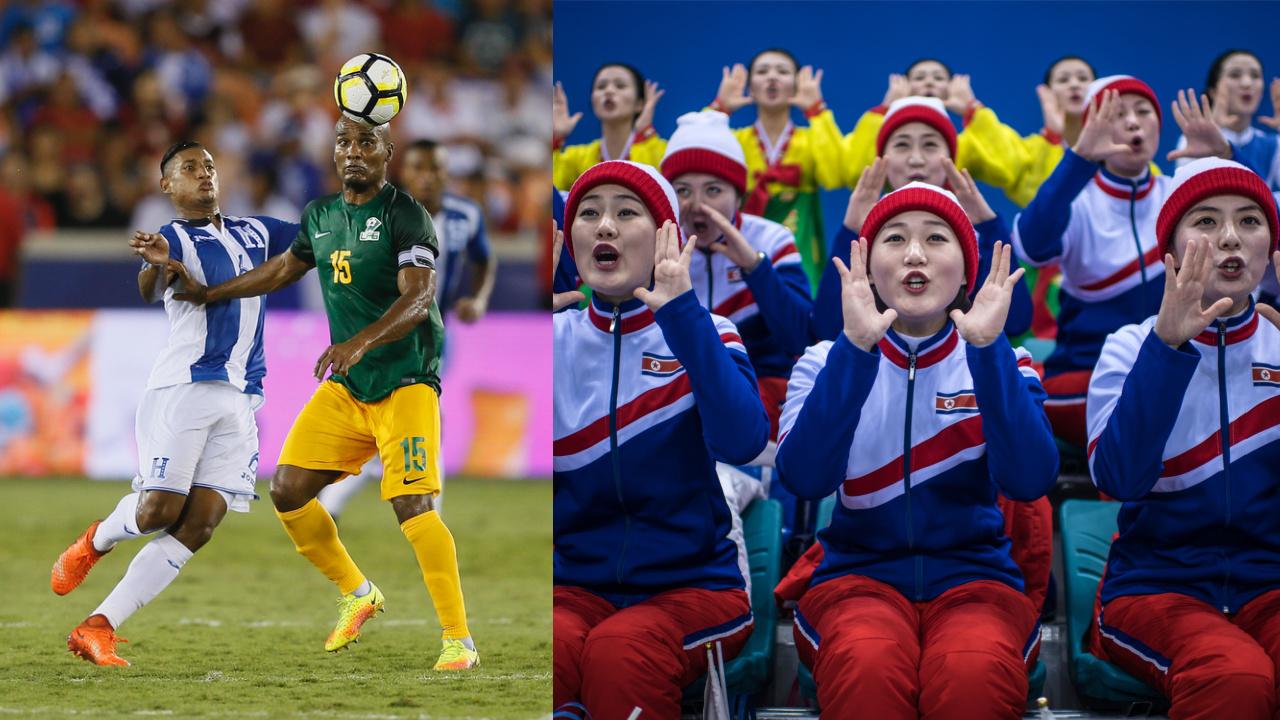 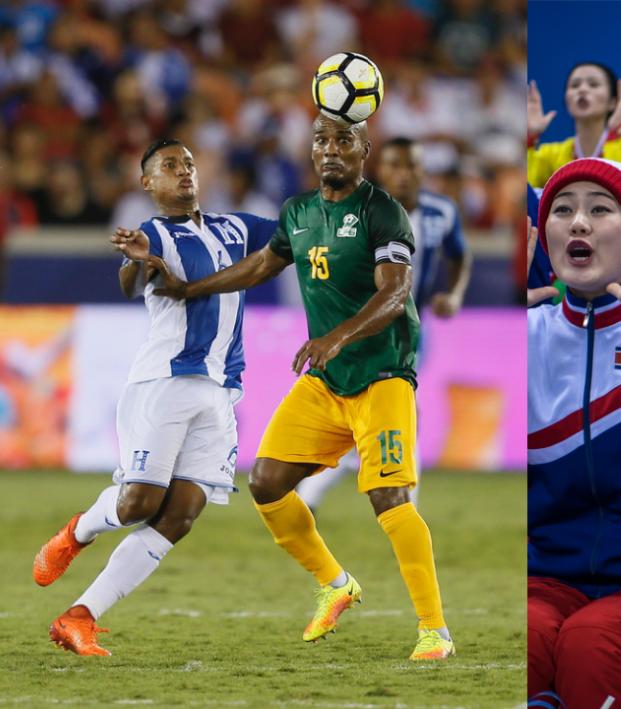 Occasionally sport coughs up the sort of matchup that you cannot tear your eyes from — not so much a David vs. Goliath battle as it is a 50-car pileup on the highway. We’re talking “how the hell did they find themselves here?” sort of situations.

As the host country of the 2018 Winter Olympics, South Korea’s women’s ice hockey team automatically qualified for the tournament. Given the team’s novice standing compared to traditional powers like Canada, the United States and Sweden, a historic decision was made to field a unified team of both South and North Korea.

Given the massive historical, cultural and political divides between the two nations, the sight of the South and North coming together in front of sellout crowds in Gangneung made for a global spectacle. The cheering section that North Korea provided for every game quckly became legend.

Korea would lose all five of its games to finish eighth out of eight teams, but they did manage two goals (while allowing 28).

“It was kind of a mess at first because of the different speaking styles and accents, but once I realized their genuineness, we were able to communicate emotionally,” said player Jo Su-sie.

Elizabeth Swaney — a 33-year-old American with a dream of making the Olympics — did just that by gaming the qualification system for freestyle skiing.

Using her grandparents’ Hungarian ancestry, Swaney met the Olympic requirements for top-30 finishes in World Cup events by simply showing up to competitions around the world.

“The field is not that deep in the women’s pipe and she went to every World Cup, where there were only 24, 25 or 28 women,” explained slopestyle judge Steele Spence. “She would compete in them consistently over the last couple years and sometimes girls would crash so she would not end up dead last.”

By fulfilling that requirement and falling into Hungary’s Olympic quota system, Swaney became the country’s first freestyle skier at the Winter Games.

What happened next was a testament to just how dumb it all was: Swaney produced the most uneventful halfpipe performance in Olympic history.

“I just fell in love with freestyle skiing and the opportunities for expression that it gives people,” Swaney said on the Today show before encouraging “positive vibes for everyone.”

Cuba and Indonesia men's soccer at the 1938 FIFA World Cup 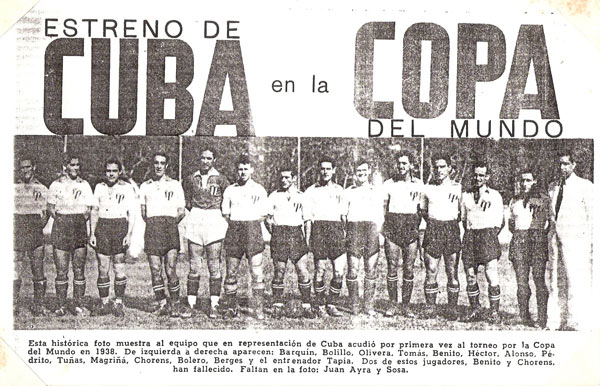 The Cuba team that upset Romania at the 1938 World Cup.

Come 2022, Qatar will join the illustrious list of nations to have competed at a World Cup finals without having ever successfully navigated qualification. Qatar hadn’t punched its ticket in 12 previous attempts, but its participation is guaranteed in 2022 as the host nation.

The only other two countries to have managed this feat: Cuba and Indonesia (then the Dutch East Indies), which both qualified for the 1938 World Cup by invite and haven’t returned.

The 1938 tournament marked the third edition of the World Cup, but it was the second successive competition in Europe. Italy had hosted in 1934, but now FIFA awarded it to France. This decision outraged the Americas, leaving only Brazil and Cuba as willing participants.

Cuba — despite only being there after Mexico withdrew — drew 3-3 against heavily favored Romania to force a replay.

“The Romanian game has no more secrets for us,” Cuba goalkeeper Benito Carvajales said after the first match. “We shall score twice, they will only score once.”

And what do you know, Cuba won the replay 2-1! They would, however, lose 8-0 to Sweden in the quarterfinals.

“We were playing well and felt we were favorites going into the game against Sweden,” said forward Juan Tuñas. “But then something happened that we hadn’t bargained for: It rained and the pitch was sodden. We weren’t used to conditions like that and we kept slipping over.”

Indonesia — then the Dutch East Indies — had a similar qualifying story as it took Asia’s qualifying spot by default. The nation’s reward was one game against the superpower of Hungary, which would advance to the final behind the firepower of György Sárosi and Gyula Zsengellér. 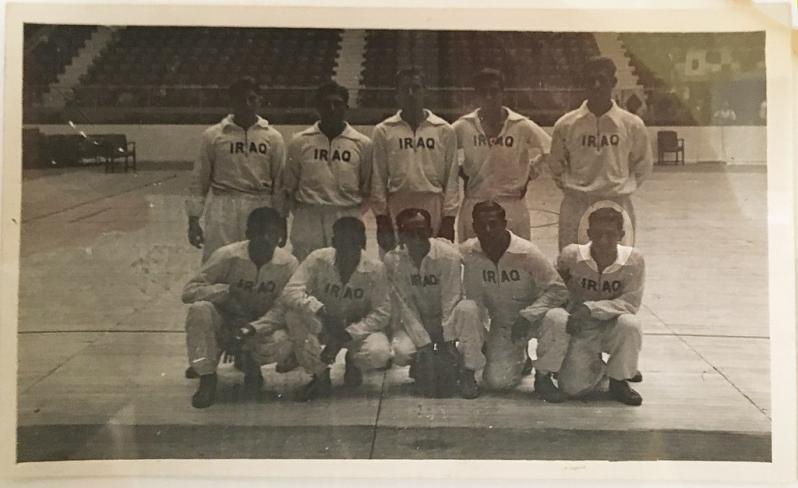 The worst basketball team ever assembled.

“But we don’t really play basketball and none of our athletes have ever stepped foot outside Iraq,” said the Iraqi Delegation.

“We’ll see you out there!” said the IOC.

Begin montage: 10 guys get together for helter skelter practices at a local elementary school before jetting off to Old Blighty. Once there they set a record for margin of defeat (100 points) after losing to South Korea 120-20, and then they do it again by losing to China 125-25.

They’d lose all six of their games by an average margin of 80.2 points. Iraq hasn’t qualified since.

As an overseas department of France, French Guiana is not a member of FIFA and cannot qualify for the World Cup. However, the nation — which is located on the northern Atlantic coast of South America — is a member of Concacaf and can play in the Gold Cup. This happened once, back in 2017.

Things got weird when the rosters were unveiled for the tournament. French Guiana included its favorite son, 37-year-old attacker Florent Malouda. The problem here was that Malouda had already represented France 80 times and was entirely ineligible to now play for its overseas department.

FIFA and Concacaf explicitly told French Guiana that fielding Malouda would amount to a forfeit, but after losing its opening match 4-2 to Canada, that’s exactly what French Guiana decided to do against Honduras.

It’d ended 0-0 on the pitch with Malouda starting and captaining the side, but Concacaf duly awarded Honduras a 3-0 win by default. The result also eliminated French Guiana, so the nation effectively Concacaf’d itself out of the Gold Cup.

“After analyzing and reading and knowing all these rules, we decided to take our chances,” said manager Jair Karam.