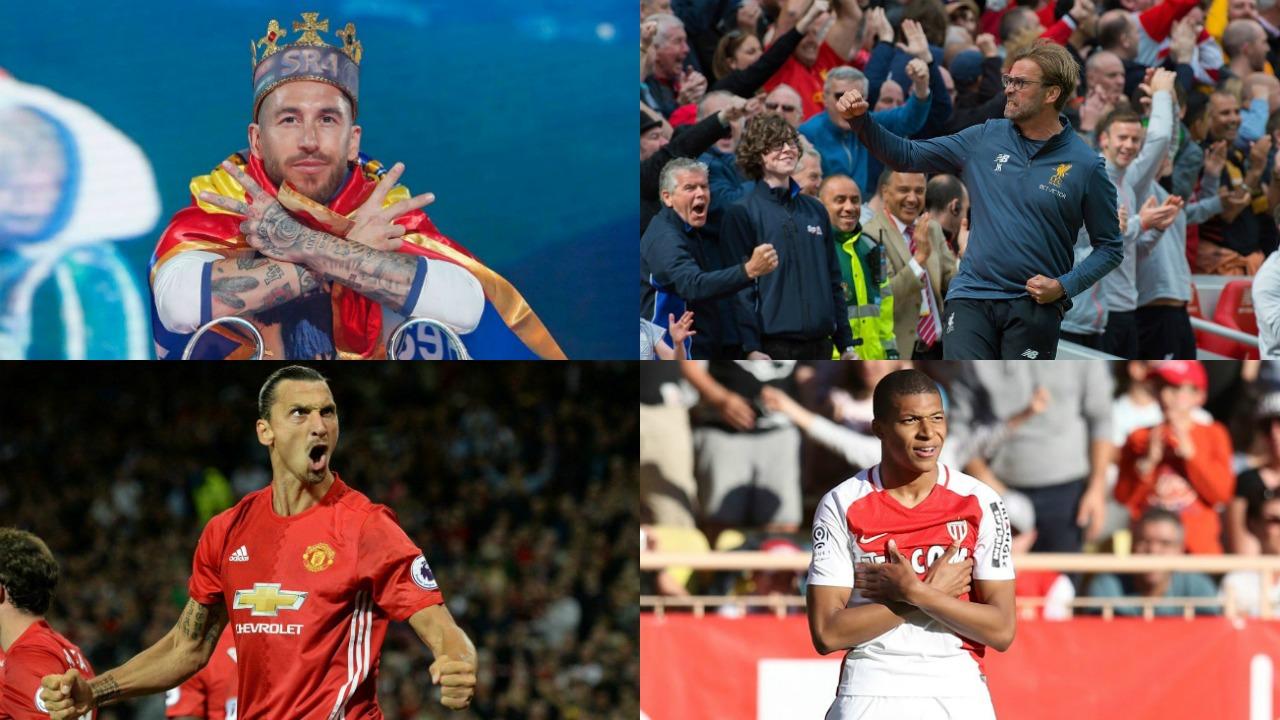 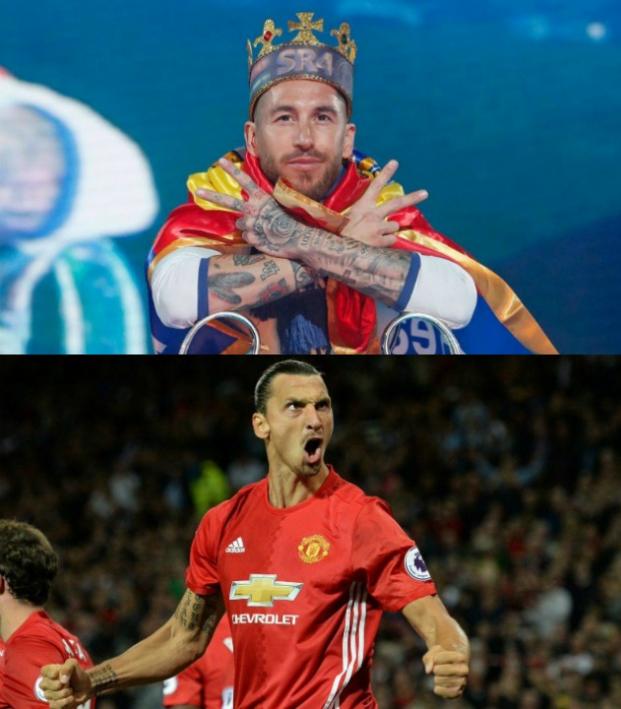 The18's Remarkable Review Of The Most Recent Season Of All-Time

Are you wondering who did what to who with what and when and where? You’ve come to the right place. The18’s decidedly polarizing staff is here to run the rule over the 2016-17 European season, and you won’t believe what Sam Klomhaus has to say. Sit back and enjoy our review of the most recent season yet.

#1. Your Player of the Season (for whatever reason)? 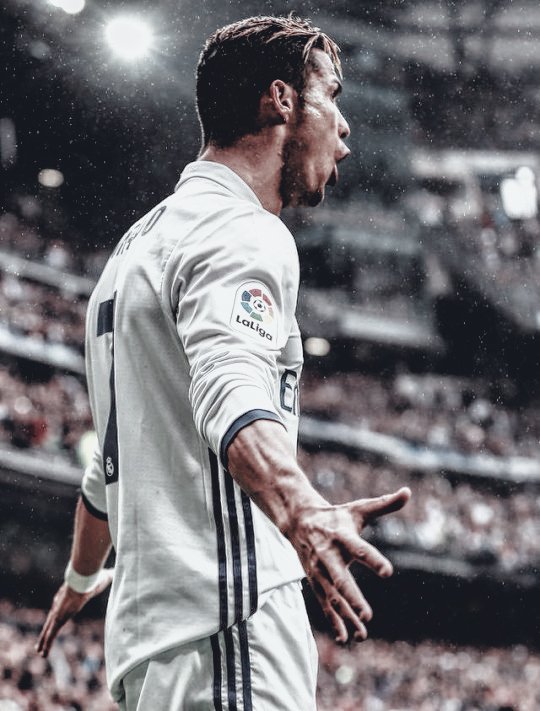 Connor Fleming (CF): Isco — I was late on the bandwagon, but he makes me feel alive again.

Travis Yoesting (TY): Cristiano Ronaldo. Love him or hate him, his teams won the Euros, La Liga and Champions League — and he looked good doing it.

Bryce Badwan (BB): The common answer will likely be Cristiano Ronaldo, but I'll go the more fun route and say 18-year-old Kylian Mbappé. The Monaco man (for now) netted a whopping 20 goals in his last 24 appearances, which also included five assists. It'll be fun to see where this talent lands on the club level, but his skills will be a great addition to an already loaded France roster who will be a heavy favorite in Russia.

#2. If you could relegate one side from any league before the start of the 2017-18 season, who would it be and why? 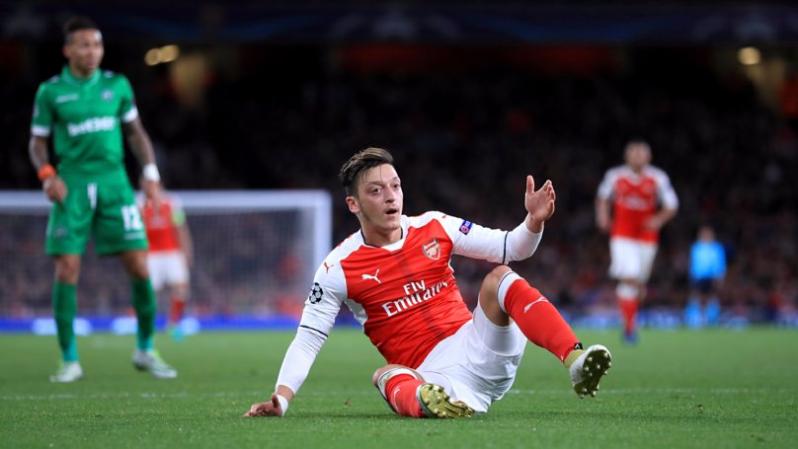 CF: Juventus — Without Juventus in Serie A, I think the competition for the Scudetto would make for the most captivating title race in the world…and Juventus, historically, have shown that they can make light work of Serie B, so no harm done.

SK: Burnley, because I view them as the biggest threat to Liverpool's success.

TY: Tottenham Hotspur. To save Arsenal the embarrassment of finishing below Spurs in the standings again.

BB: Probably Arsenal so I don't have to go the entire season listening to #WengerIN and #WengerOut chatter.

#3. One player aged 30+ that you'd like to see transfer to MLS this summer? 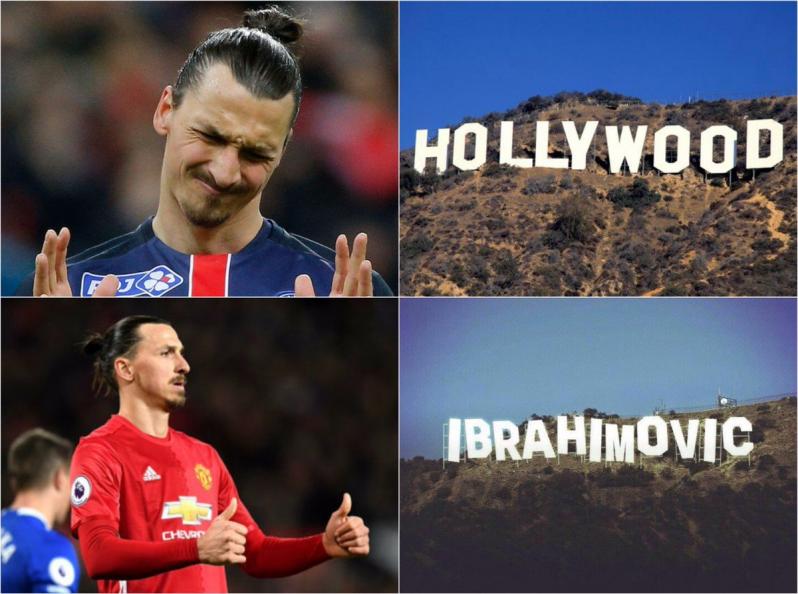 Could Zlatan come stateside and do some goals? Photo: @RabonaApp | Twitter

CF: Wayne Rooney — Seeing Rooney in MLS now, I think, would be like witnessing him again as a 20-year-old phenom. Minnesota United don’t have a DP yet, so what'd you say, Wayne?

TY: Zlatan Ibrahimovic. Assuming he makes a full recovery from his injury, he could almost single-handedly win games in MLS, even at 35.

BB: I think Zlatan Ibrahimovic can still play in the big leagues (and I hope he does), but seeing him ruthlessly score 30+ goals in an MLS season would be fun.

#4. Your favorite moment (for whatever reason)? 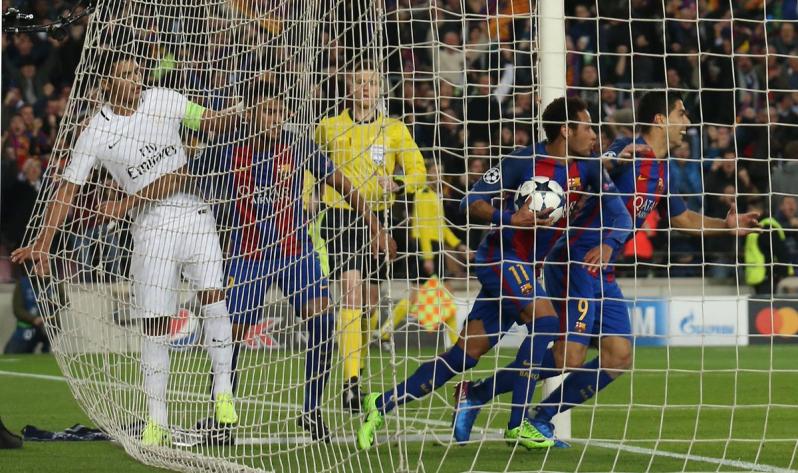 CF: Everton hammering Manchester City 4-0 at Goodison Park with 18-year-old Tom Davies bossing everyone and 19-year-old Ademola Lookman scoring on his debut. And Bob Bradley calling an away game a road game — what a wanker!

TY: Barcelona’s incredible comeback to beat PSG 6-5 on aggregate after losing the first leg 4-0 in the Champions League round of 16.

BB: I think Barcelona's comeback against PSG takes the cake here. Most had a weary feeling that they could do it, but them actually doing it was something for the ages. 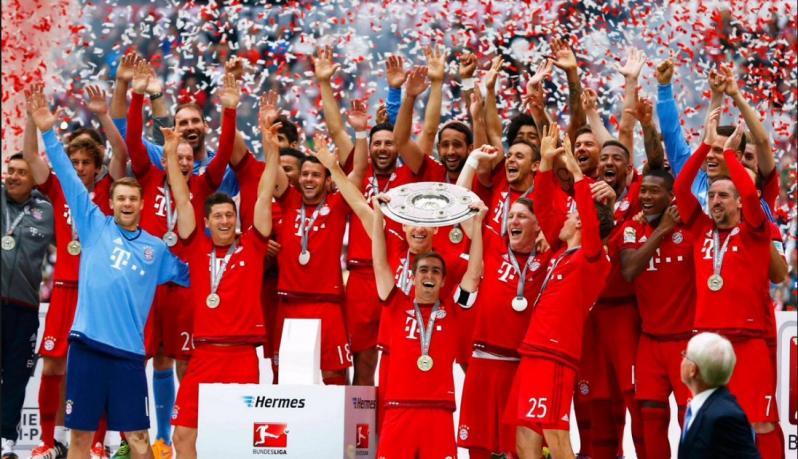 TY: For the most part, the top leagues in Europe did not have exciting title chases. Also, why aren’t end-line officials and video replay mandatory yet?

BB: The Bundesliga being no fun ever. Ligue 1, the EPL and La Liga all had different Champions this year. Sure it may be a recycling of the usual suspects, but the German leagues are fun to watch, and it's a shame it's a one club race every year. Good try though RB Leipzig. 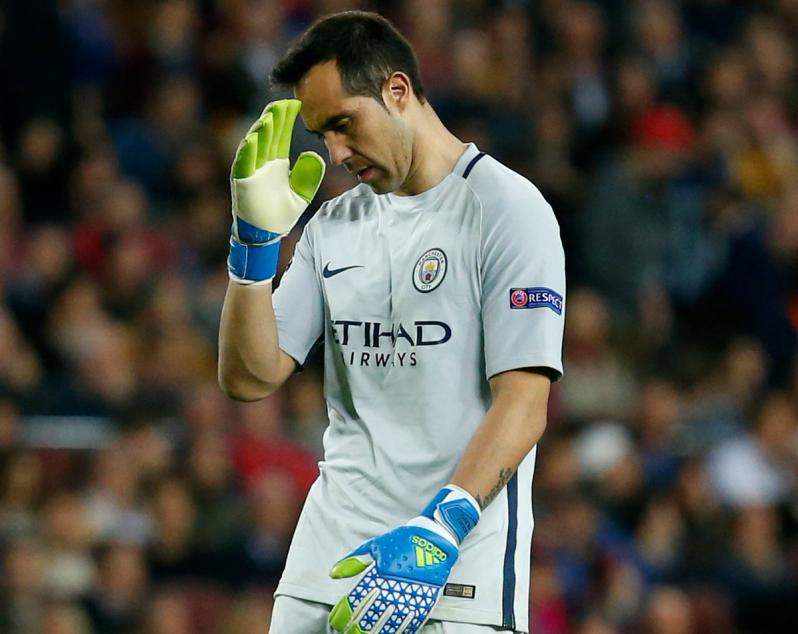 CF: Moussa Sissoko. The best piece of business Newcastle United have ever done.

TY: Paul Pogba. He wasn’t that bad this season, but the fact Man United had to break the bank for a player they let go for almost nothing is a little embarrassing.

BB: I would have to go with Joe Hart or Claudio Bravo. They both involve the same team and it didn't pan out for either of them. 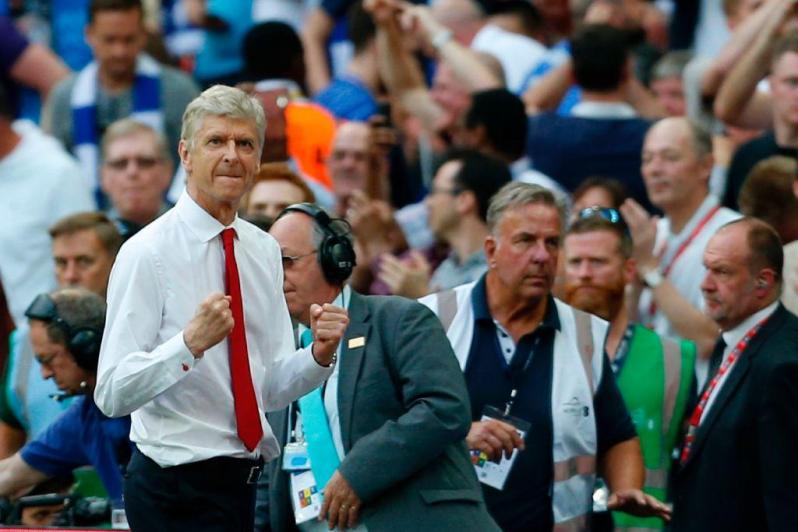 CF: In. Wenger has earned the right to publicly lose the dressing room before getting sacked, something that hasn’t happened yet. Losing the faith of ArsenalFanTV just doesn’t warrant it.

TY: In until a suitable replacement can be found.

BB: I see both sides. But I think it's time for a change, and Arsenal is a club that should be able to attract a big manager to steer them in the right direction and bring in good players. I do think the board is the major problem, but Arsene needs to do something different.

#8. What's the one mega transfer you would make happen this summer? 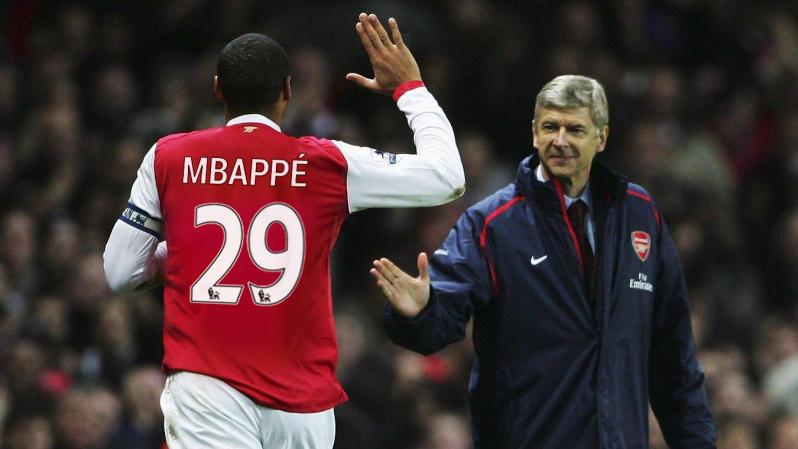 CF: Cristiano Ronaldo to Manchester United. United relied way too heavily on Zlatan before his injury and spending big on Cristiano could keep that cycle going. Also just the romance of coming home, it'd be fun.

BB: Kylian Mbappe to Arsenal would be fun. 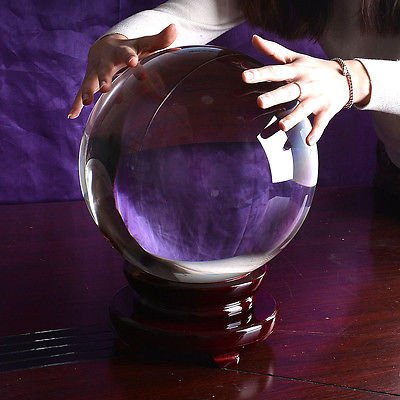 CF: Bayern Munich. I don't expect a three-peat from Real, so that opens the door for Bayern.

TY: Juventus. The Old Lady will be highly motivated to send Gianluigi Buffon out on a high note and end recent frustrations.

BB: My crystal ball says it's Messi's year. But saying Barcelona is an easy way to not look like an idiot. 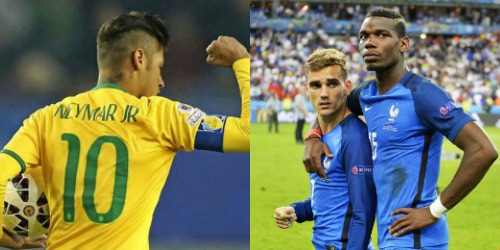 CF: A World Cup in Europe means one of two things: it’ll either be won by a European side or Brazil. I’m going to back Brazil to capture their sixth title.

TY: France. Les Blues have a good combination of youth and experience. Napoleon gets his revenge in Russia.

BB: I have to go France. They're clearly the deepest and most talented team (their U-21 team could be a contender). But you can never count out the Italians or Germans. Perhaps some way, some how the Argentina team can get their act together or Brazil can get back to what they normally do. Win.