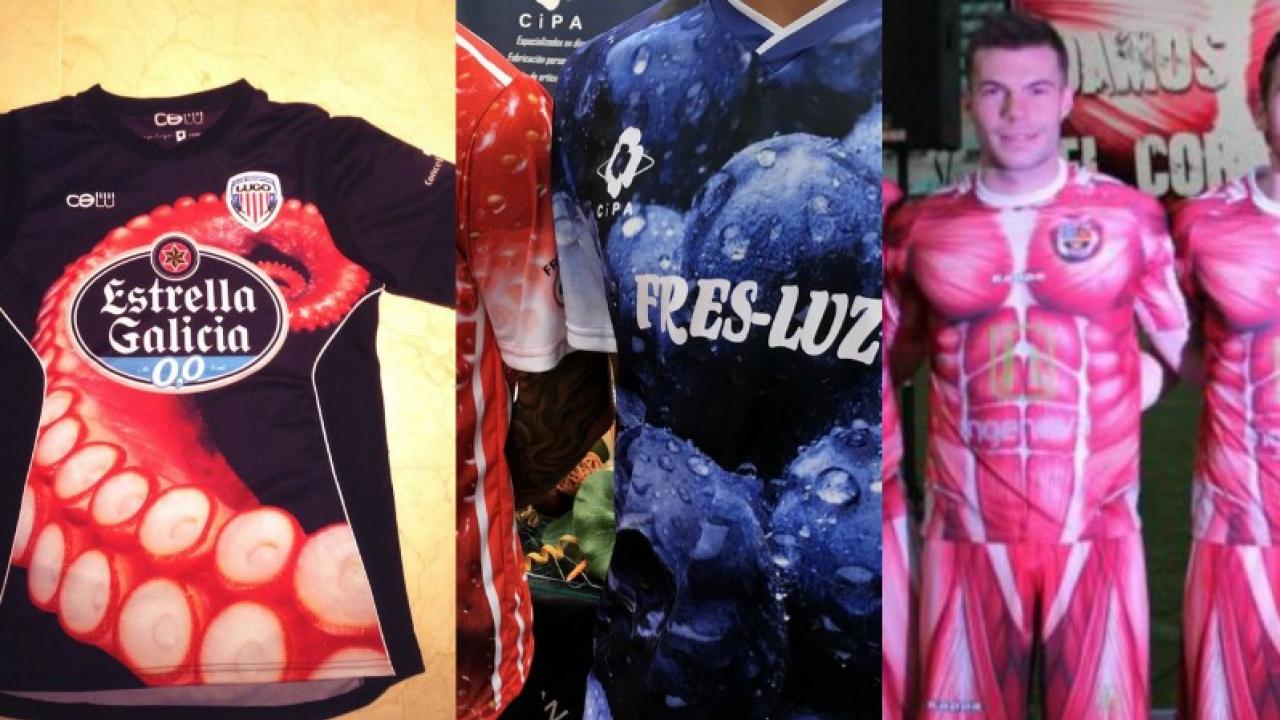 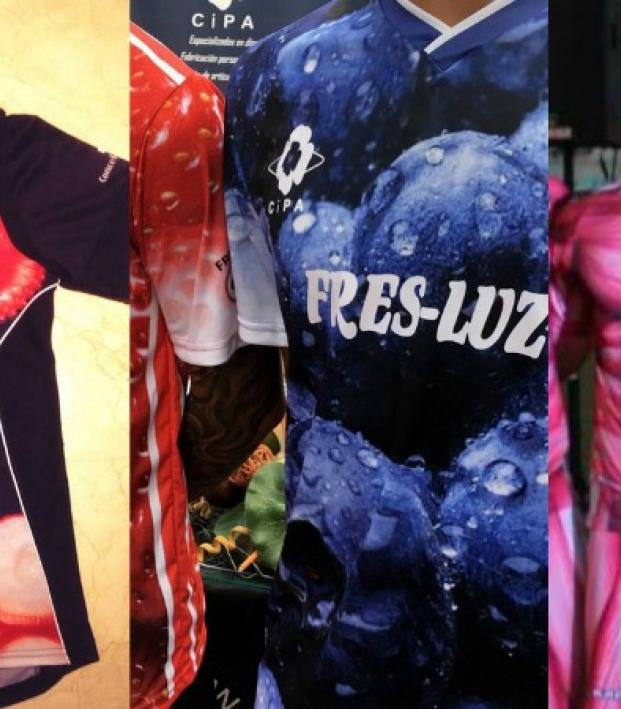 James Hansen July 26, 2016
Welcome to the weird world of Spanish novelty kits. We wish we could offer you an explanation for this madness, but alas, we can't.

You may remember that we previously wrote about CD Deportivo Leganes and their rather bizarre scratch-and-sniff kit. Now, you're probably thinking that it couldn't get any weirder than that. We have something to show you.

See, for whatever reason, Spanish lower-league clubs seem to be in some sort of intense competition over who can make the most eye-punishing travesty of a kit. We've made fun of plenty of kits over the years, from all across the world. But the Spanish, well, they're just on another level. 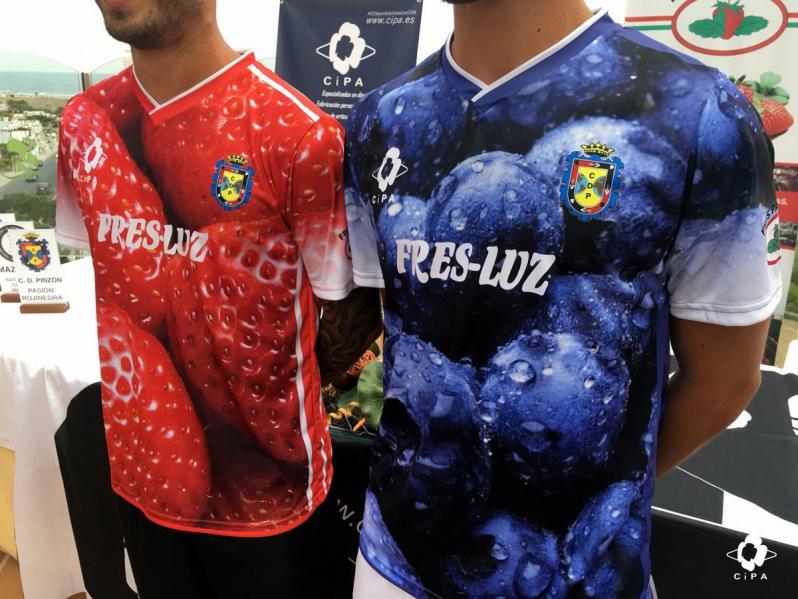 We start with the latest entry from CD Pinzon, who apparently really, really like berries. We get it guys. Local agriculture is great and don't get us wrong, we like berries too. It's just, you look like humanoid smoothie bottles, and we're getting really dizzy looking at Mr. Strawberry over there. 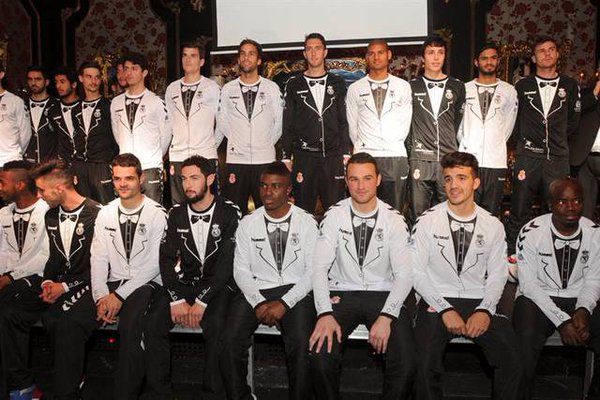 OK. Someone at Cultural y Deportiva Leonesa either really loves Spy vs. Spy, or they're finally realizing their LSD-fueled dream of meshing "March of the Penguins" and football. Even better, this is the second season they've done this. 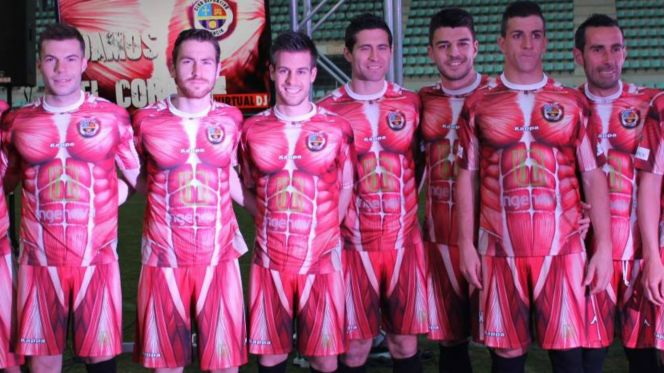 AAAAA! AAAAA! AAAAAA! IN THE NAME OF MAROUANE FELLAINI'S FLYING ELBOW, WHAT IS THAT?!

Oh, it's a football team? CD Palencia you say? They're not owned by Ramsey Bolton are they? Yes, I know he's a fictional character, I was merely trying to make a j—— you know what? Forget it. Just forget it. 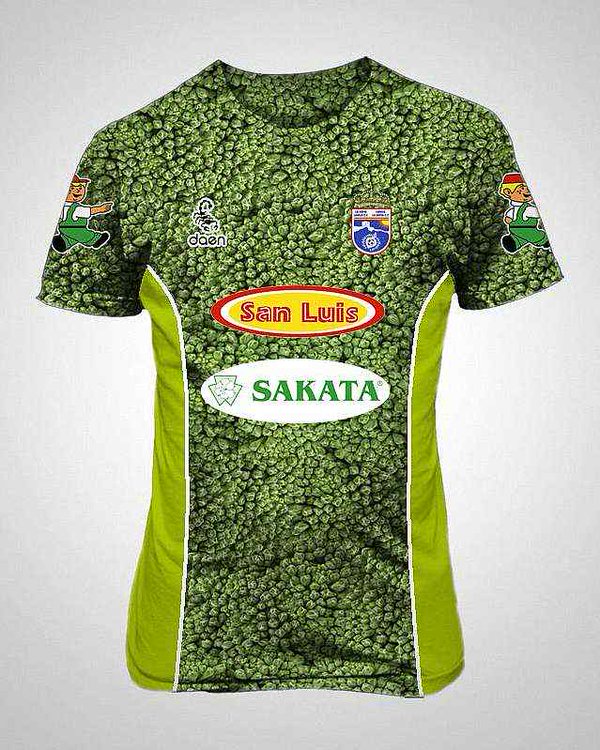 This one should make them hard to mark. Photo: @NiruTomasu | Twitter

Apparently, that's broccoli on La Hoya Lorca's kit. Because they, you know, grow broccoli. We kind of thought it was that scum you get on ponds, but hey, what do we know? 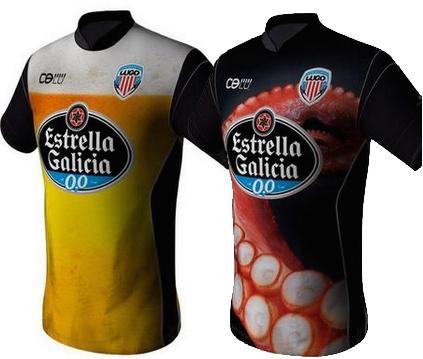 There's nothing better after a hard day's work than a nice cold one and...er...some octopus? Whatever. When in Spain, right? We'll roll with it. However, we do think it's a little insensitive. After all, many brave people lost their lives fighting the Kraken. Seems a little insulting to their memories.

Correction: I've just been told that the Kraken didn't actually exist. My apologies to CD Lugo for jumping to that judgement. 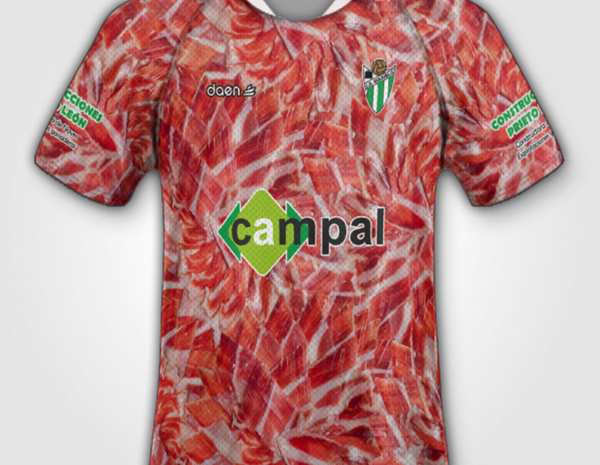 CD Guijuelo is famous for ham. So, obviously, they had to have a kit made out of that salty, meaty goodness. We were a little disappointed to find out that they're actually just made out of fabric. If we were in charge — wait for it — edible charcuterie football kits. Patent pending.

We hope there are many more bizarre kits to come, because we are having way too much fun right now.