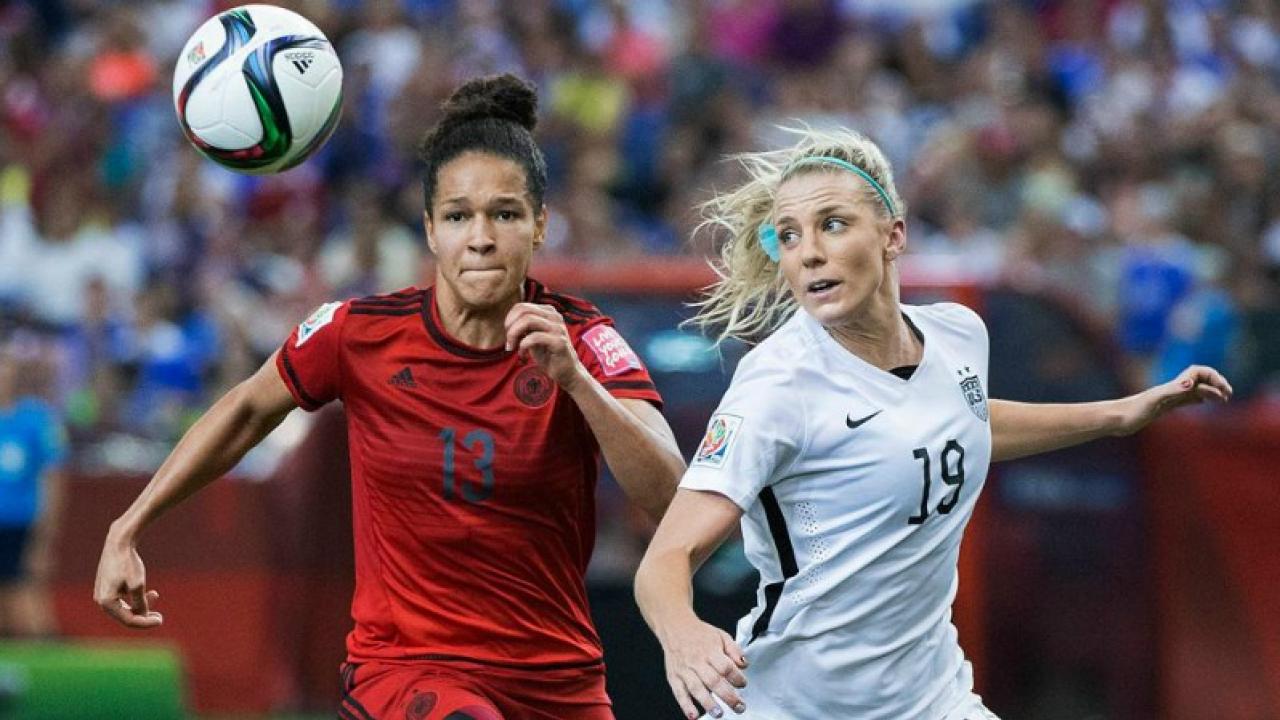 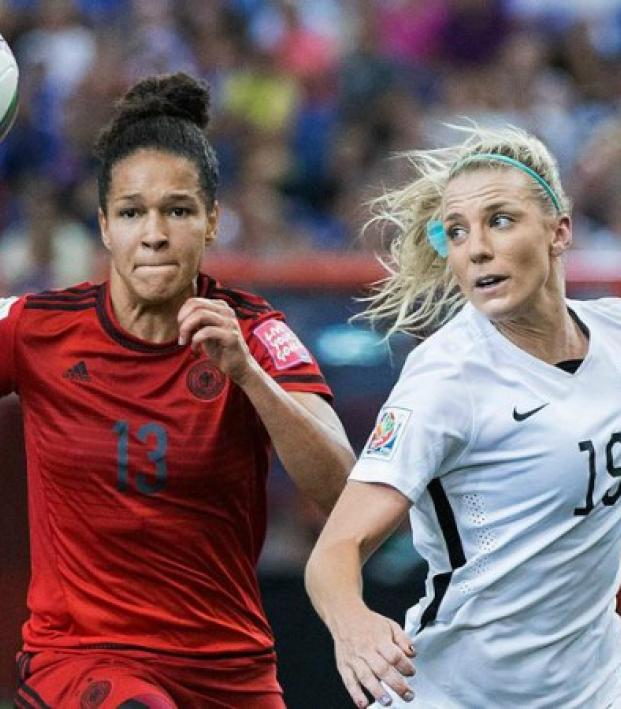 Ivan Anich July 2, 2015
You could be forgiven for not buying the hype surrounding Krieger, Johnston, Sauerbrunn, and Klingenberg before they shut out Germany, not anymore.

It was hard to believe at first when it popped up in the upper left hand corner of the TV during the broadcast of the semifinal between the United States Women’s National Team and Germany:

Over the past 5 games of the 2015 World Cup, Germany had average 11.8 shots on goal, not shots in general, shots on goal. Against the USWNT on Tuesday night, they only had one.

Anyone who has watched a good amount of the USWNT’s games this tournament knows that the defense has been good. It has been impossible to not notice Julie Johnston roam the middle of the pitch with all of the calm determination of a lioness among bunnies, Megan Klingenberg clear shots off the goal line, Ali Krieger do nothing less than own the right flank, and Becky Sauerbrunn — well actually the casual fan might miss the impact of Sauerbrunn, who has been the perfect compliment to the marauding Johnston. The point being that it doesn't take a very thorough test of the eye to see that the USWNT’s defense has been impressive against the competition, but therein lies the problem.

With apologies to Australia and Sweden, no team that the USWNT played before Germany matched it in class. Everyone expected the USWNT to beat Australia, and when they did the victory was nothing to hang their hats on. They won 3-1 and everyone expected more, but more would be a long time coming.

Then came Nigeria, Colombia, and China. Every one of those teams was arguably worse than both Australia and Sweden. The US did what they were supposed to do and beat them all. The defense was solid. It racked up 420+ minutes of clean sheets in the process. But again, that’s what it was supposed to do.

Going into the semifinal, the fact of the matter was that Germany was going to be the USWNT’s first real test against opposition of an equal. Sure, Germany had underperformed against a brilliant France side and advanced on penalties, but this was still Germany. As in the team that scored 10 goals against in its opening game while the USWNT was still finding itself against Australia.

So when that stat popped up as the USWNT beat those very same Germans and extended its clean sheet streak to 500+ minutes, it hit home. The USWNT’s defense is the real deal. They just shut down the only team ranked ahead of the USWNT in FIFA’s World Rankings. The team that played terribly and still managed to beat France, the hottest team in the World Cup at the time. The team that had both the number one and number two goal scorers in the World Cup. The team that has won the last 6 European Championships in a row. They. Shut. Them. Down. In sports, it is always a little dangerous to put too much weight on a single  performance. That can lead to misconceptions and false expectations. That is not the case here. That performance against Germany was an assertion of dominance the likes of which the USWNT’s defense had been building toward since Australia’s Lisa De Vanna put one in against them in the opening match of the World Cup. Those 420+ minutes of clean sheets would have meant nothing had the team gone out against Germany, and now they mean so much more.

This defense has played the same way against every team it has faced, no matter what the skill level. It has been the images of consistency ever since a March 11 win against France, a game in which the foursome of Krieger, Johnston, Sauerbrunn, and Klingenberg started. Those four have started all 10 games since, going 8-2-0 and only giving up 2 goals in that time.

Now they face their last test: Japan. The Japanese have played well throughout the tournament. Their possession game is thrilling to watch, and could pose the biggest mental test that the USWNT’s back four has faced so far. Should Japan start pinging the ball around the way it did against the Netherlands, anything less than immense concentration and disciplined positioning will result in a goal.

We can expect the USWNT to be fully motivated, though, from front to back. This will be the third consecutive time that the US and Japan meet in a major international final. The US may have won the last meeting in the 2012 Olympics, but these women want the biggest prize of all: a World Cup.