See How Ronaldo Made This Little Boy Cry, Then Turned His Tears Into Joy 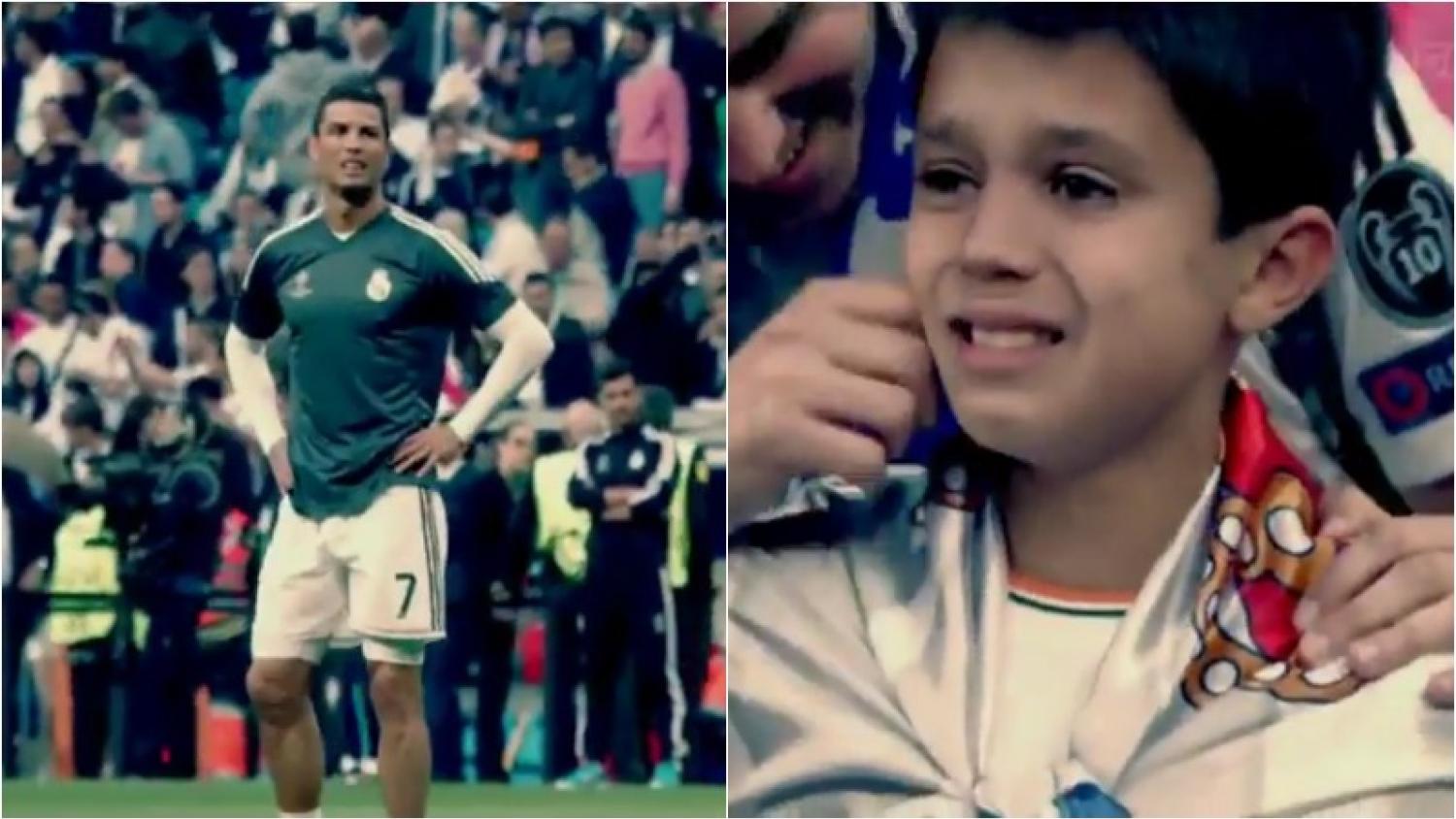 Cristiano Ronaldo was practicing his shooting when an errant shot hit a young fan in the face. Ronaldo remedied the situation with a simple act.
Photo: YouTube

Well, I think we can say with confidence why Real Madrid won against Atletico Madrid on Wednesday, and it has nothing to do with what actually happened on the field during the match. Real won because Cristiano Ronaldo scored all of the karma possible before the match.

As he was practicing his shooting during warm ups, Ronaldo accidentally sent one of his tomahawk missiles into the stands…directly into a young boy’s face.

Needless to say, Ronaldo felt bad. He knows more than anyone just how hard he can kick the ball, and the fact that it was a little kid that got nailed and not an adult only compounded his guilt. That’s not exactly the kind of thing you want to precede the biggest game of the year, so Ronaldo made sure to rectify the situation.

With a simple passing of a sweaty shirt Ronaldo went from accidental asshole to all around good guy, scoring some major karma along the way.

And who knows, maybe if he hadn’t gotten himself into the giving mood before the game he wouldn't have ended up providing the match winning assist to Javier Hernandez at the end of it. People are sticklers mentality. You just never know.